A windy week - and sowing some more seeds

This past week we had some very windy weather. It started on Sunday and didn't abate until Thursday morning. One of the bad points about having my garden right outside the Living-Room window is that I can see all my precious plants being thrashed about by the wind. On Sunday afternoon the young Broad Beans seemed to be taking a real battering, so I moved a couple of my long cloches to try to divert some of the wind away from them: 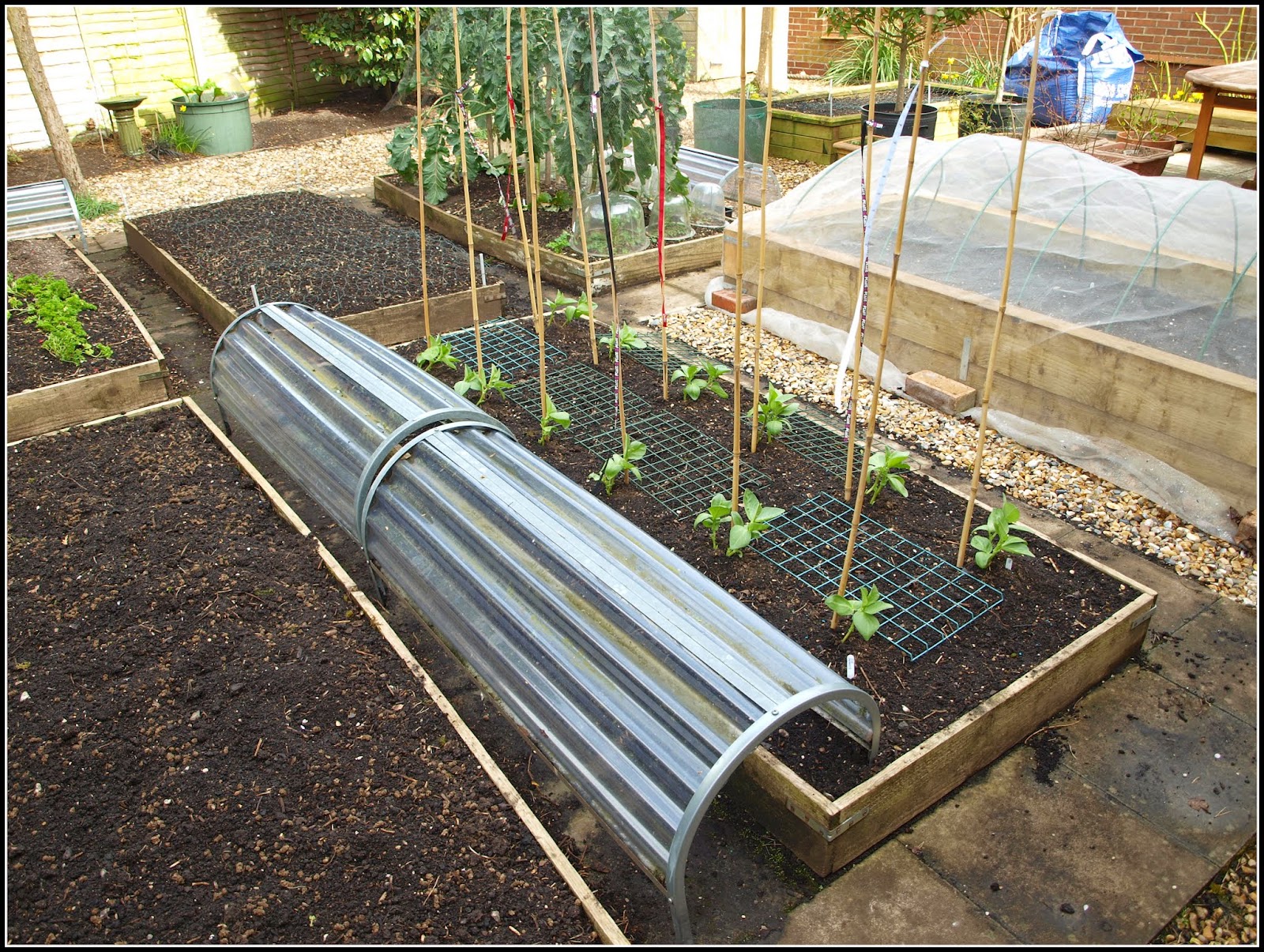 I think it probably helped. One way or another, the beans have survived without snapping off. Before long I will need to tie them in to their supporting canes.  Such sustained strong wind is unusual for us - it normally lasts the inside of a day - and it has had a very drying effect. The surface of the soil in my raised beds was like powder. What a relief it was to get some gentle rain early on Thursday morning, although the total amount of rainfall must have been quite small because it didn't last very long.

Since I was not working on Thursday, I took the opportunity to sow some more seeds. This time it was three short (1.2m) rows of Radishes. The varieties were Sparkler, Saxa and Cherry Belle. Sparkler is a red and white bi-colour, and the other two are plain red. Sowing Radish seeds is easy, because they are very big, and you can place them in position exactly where you want them. I just made 1-inch deep grooves in the soil about six inches apart, with a stick, plonked the seeds in, covered them up, firmed them down and watered them in.

They are now covered with a long cloche in order to protect them from wind and from cats. I also put some sticks at the ends of the cloche to signify that animals are not welcome inside! With this protection they will probably mature quite quickly, maybe in about 6 weeks, as long as I remember to water them occasionally. 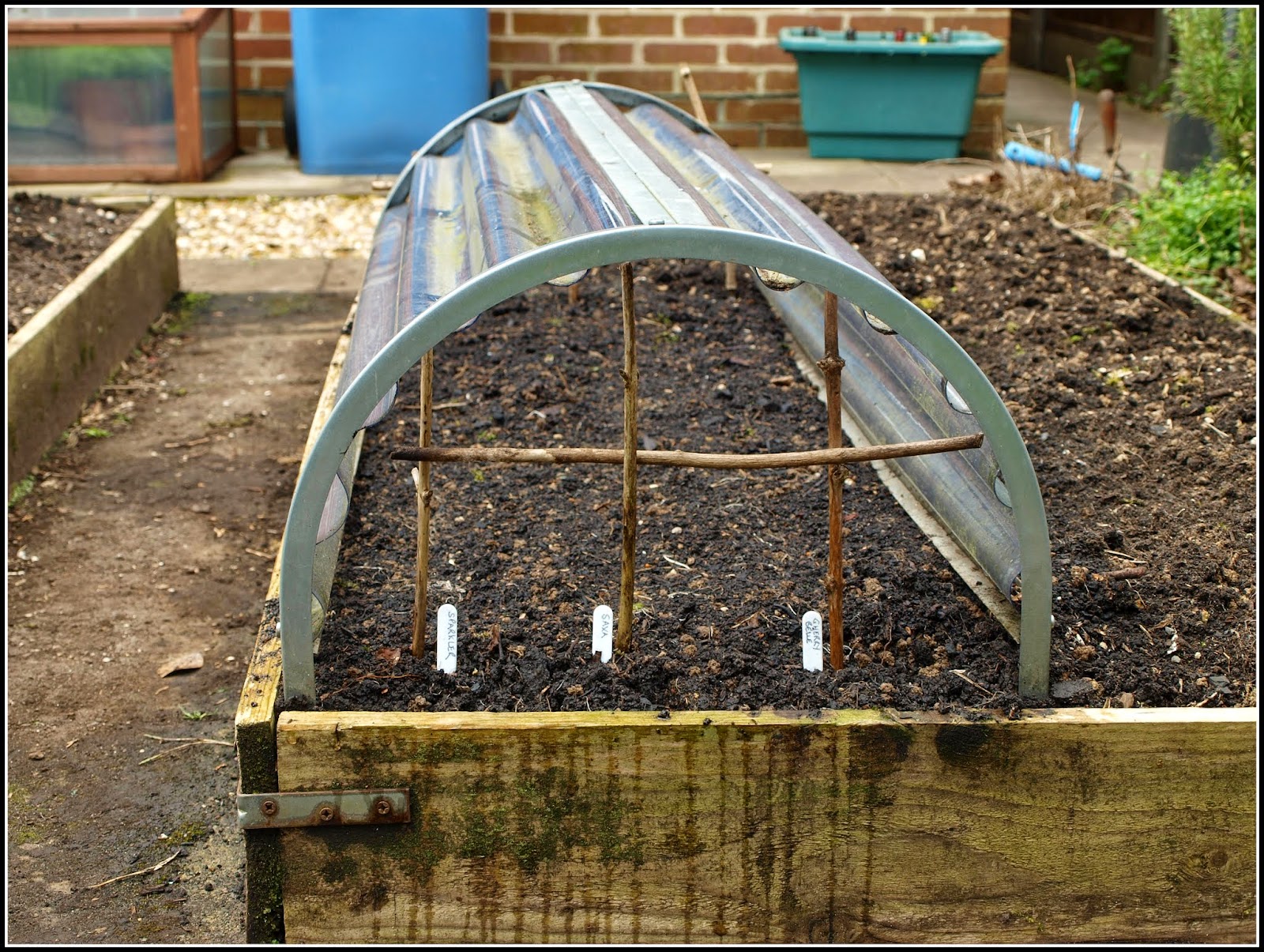 As well as the Radishes, I sowed another pot of Leek seeds. They are "Winter Giant". The seeds were given to me by someone I know via Twitter. (Thanks, Chris). 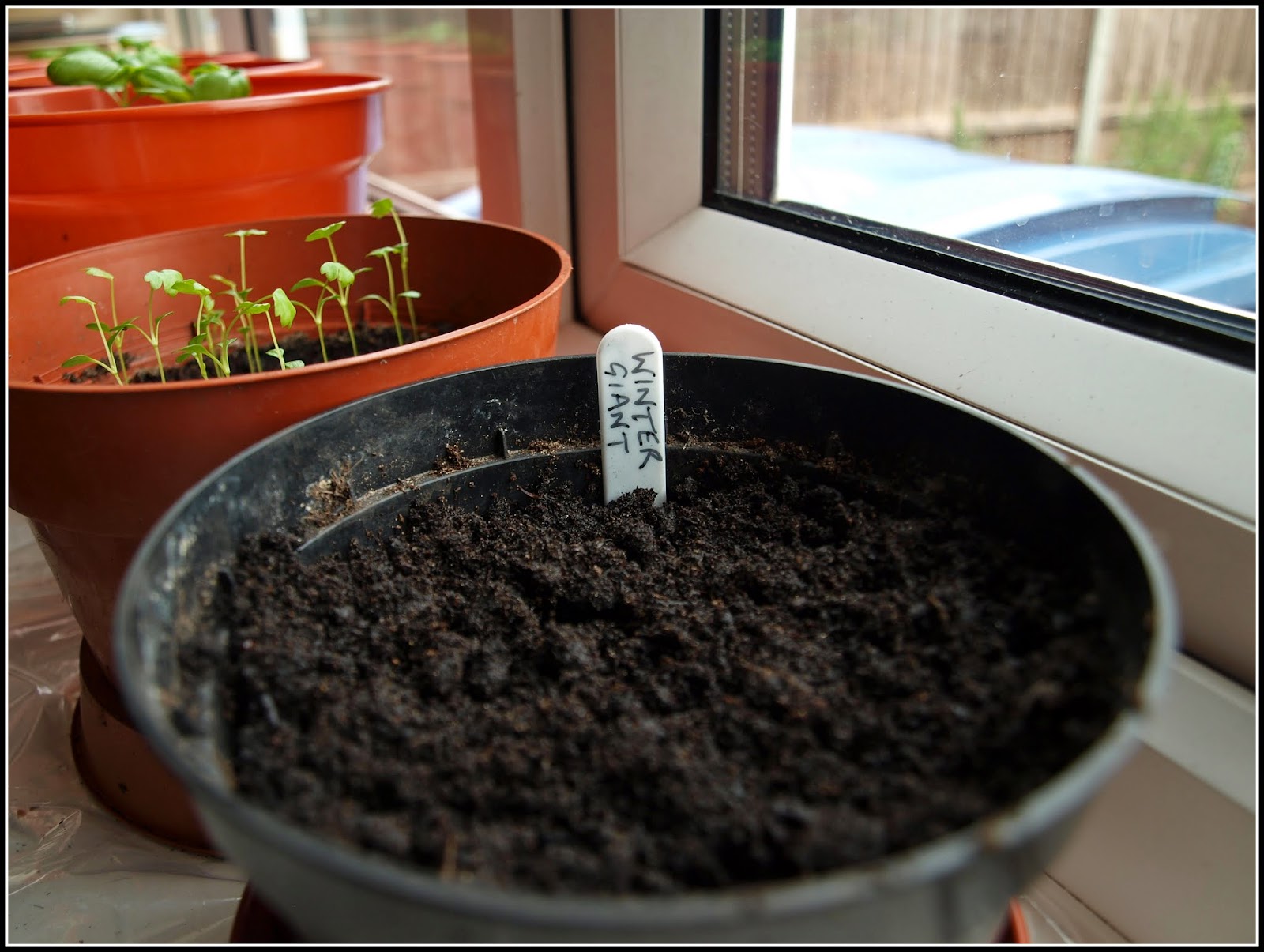 These ones have been sown about a month later than my first batch, so hopefully this will help to give me a longer cropping-season. Winter Giant is supposedly big and very cold-tolerant, so maybe they will keep going through next Winter. I will keep the pot indoors until soon after germination, and then it will go out into one of the mini-greenhouses to join the others: 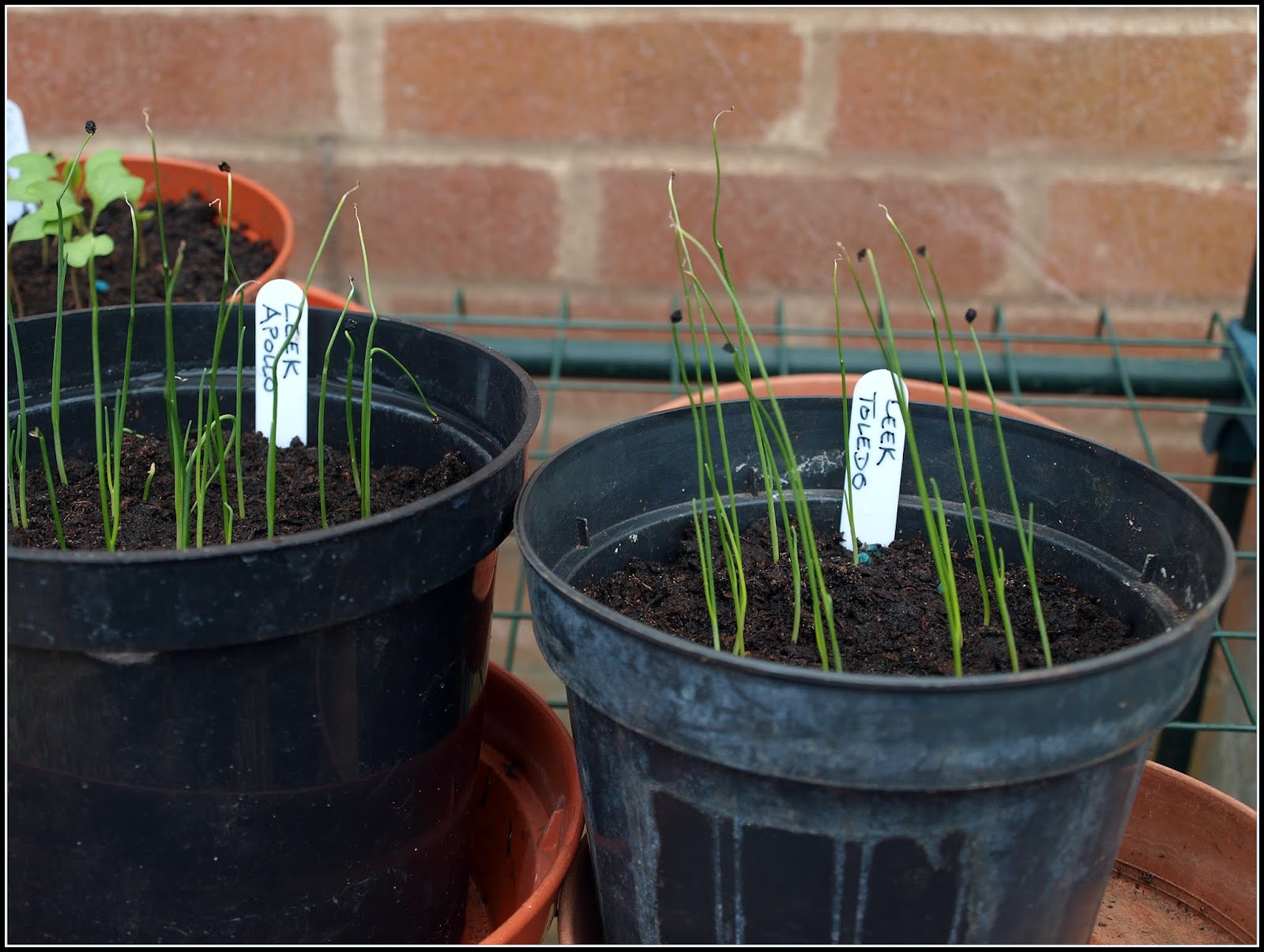