The garden in Ornex

In this post I am going to write some more about my daughter Fiona's garden in Ornex, France. Yesterday I showed you mostly Tulips. Today I want to show you some different flowers, but also some other aspects of the garden.

This is an Ipheon. Small, but perfectly formed, as they say. 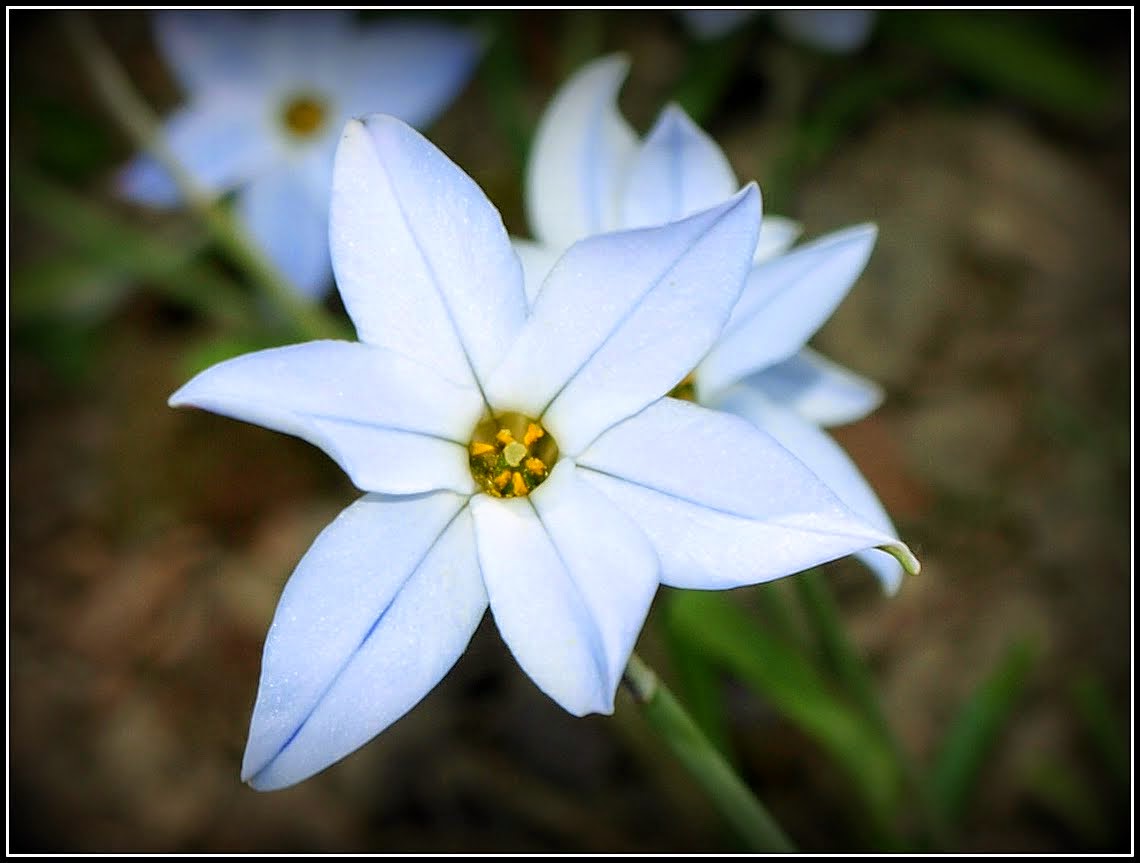 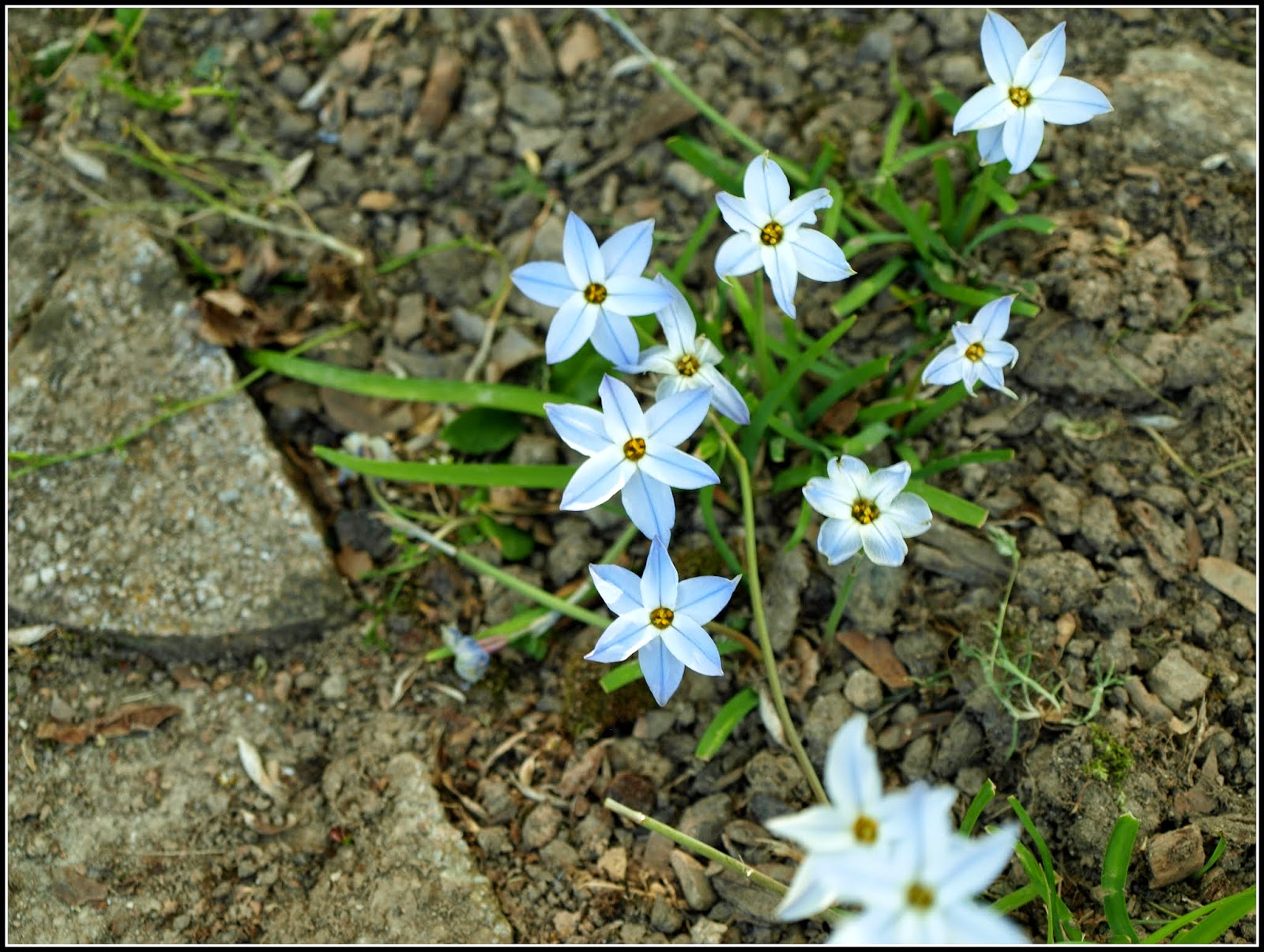 This is a Japanese Barberry. Lovely red foliage and lots of delicate yellow flowers.

Fiona's vegetable-patch is still mostly bare. It contains several rows of potatoes, but at present they are still below ground. Notice the Japanese Barberry plant over by the fence. 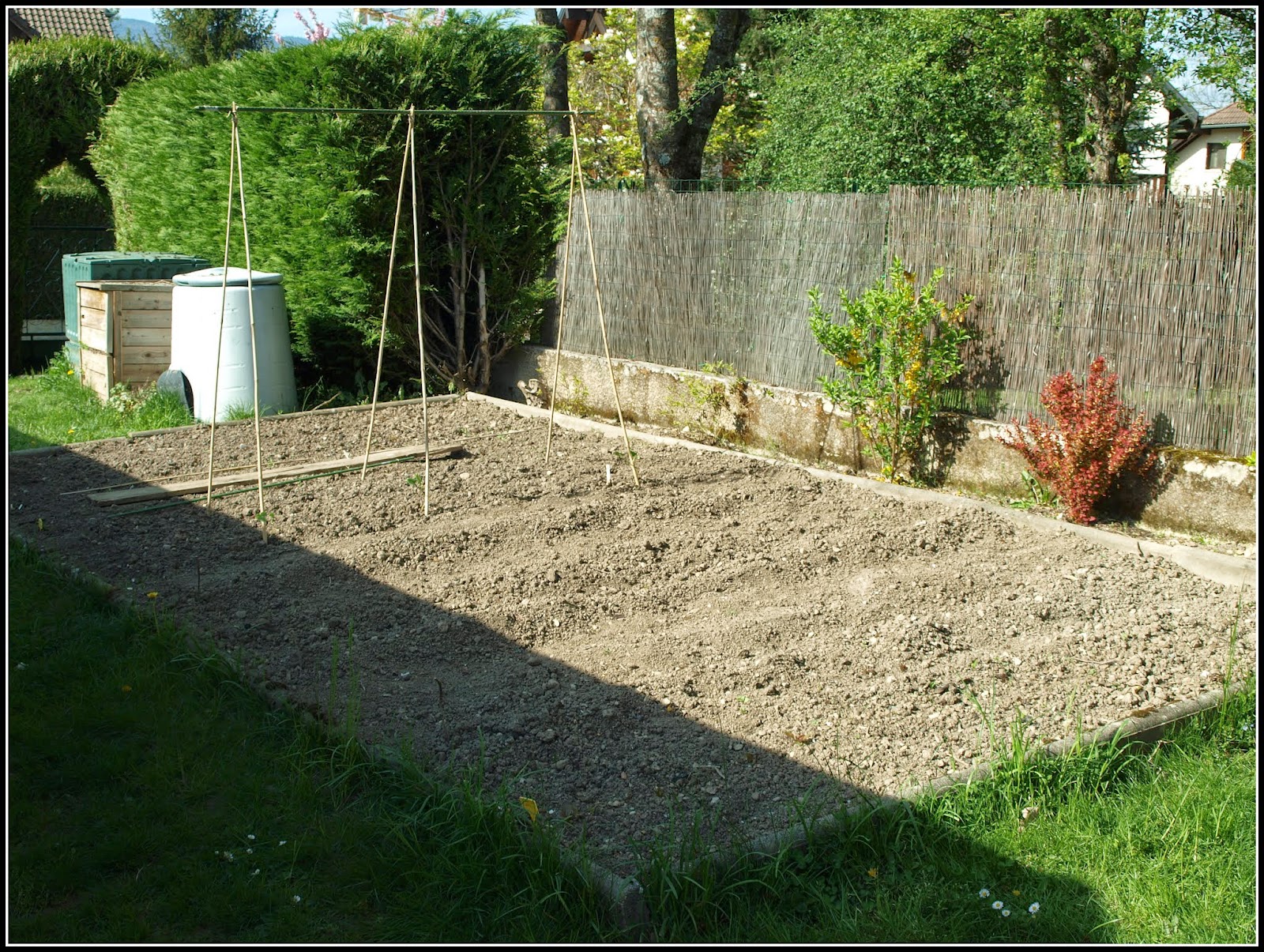 If you know where to look there are some tiny lettuces to be seen, like these "Marvel of Four Seasons". 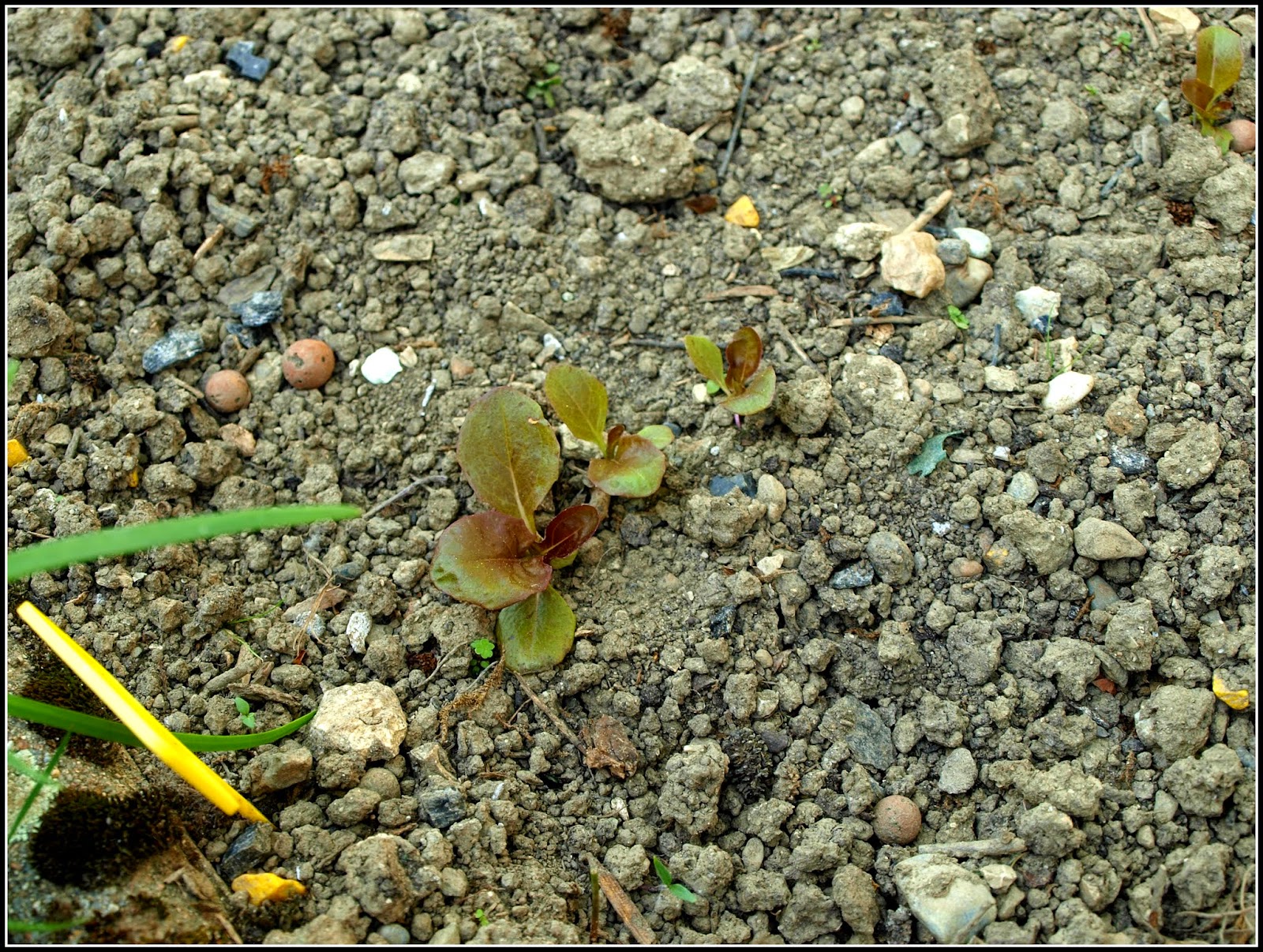 The herbs are coming up strongly though. This is Marjoram: 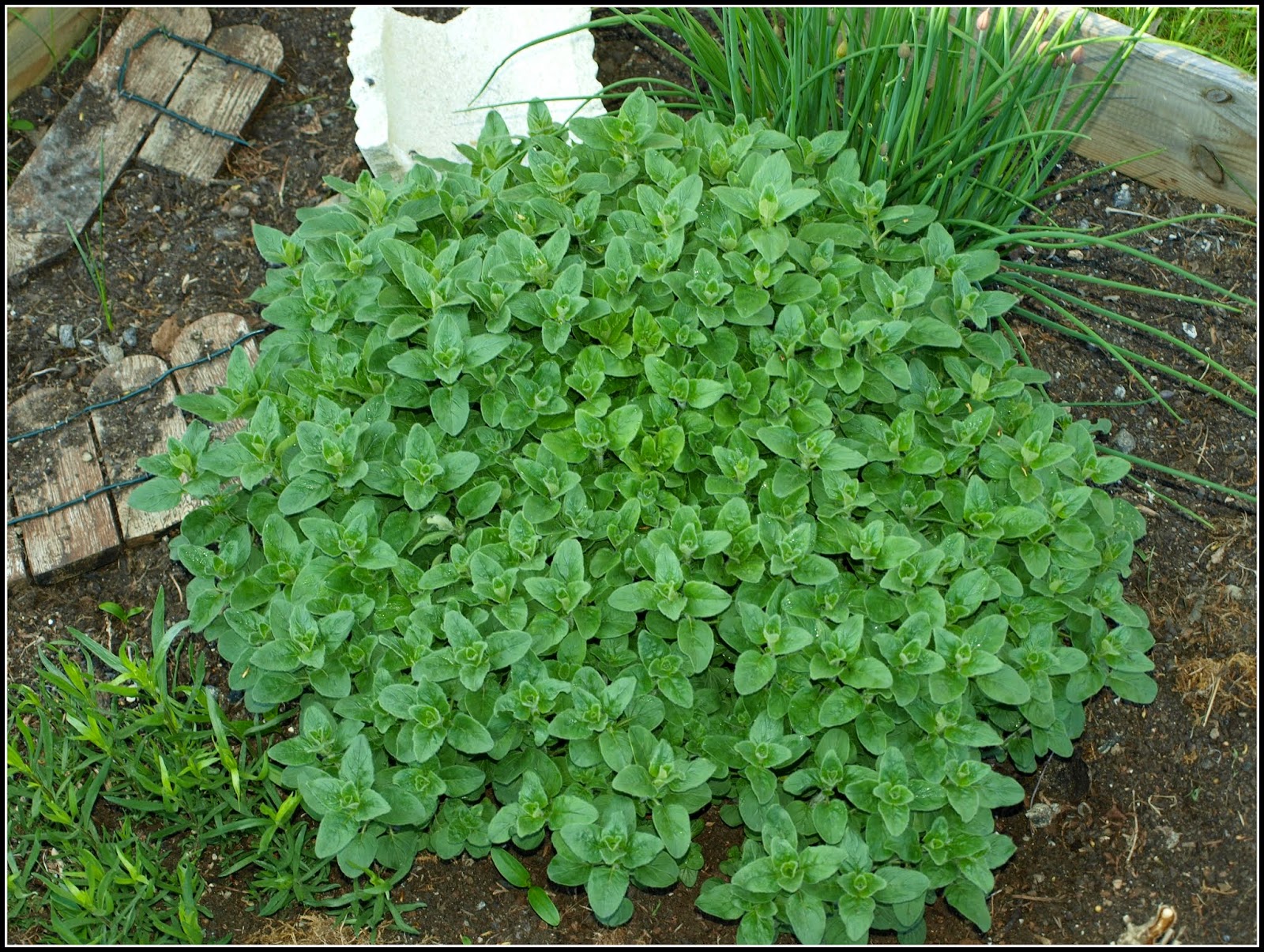 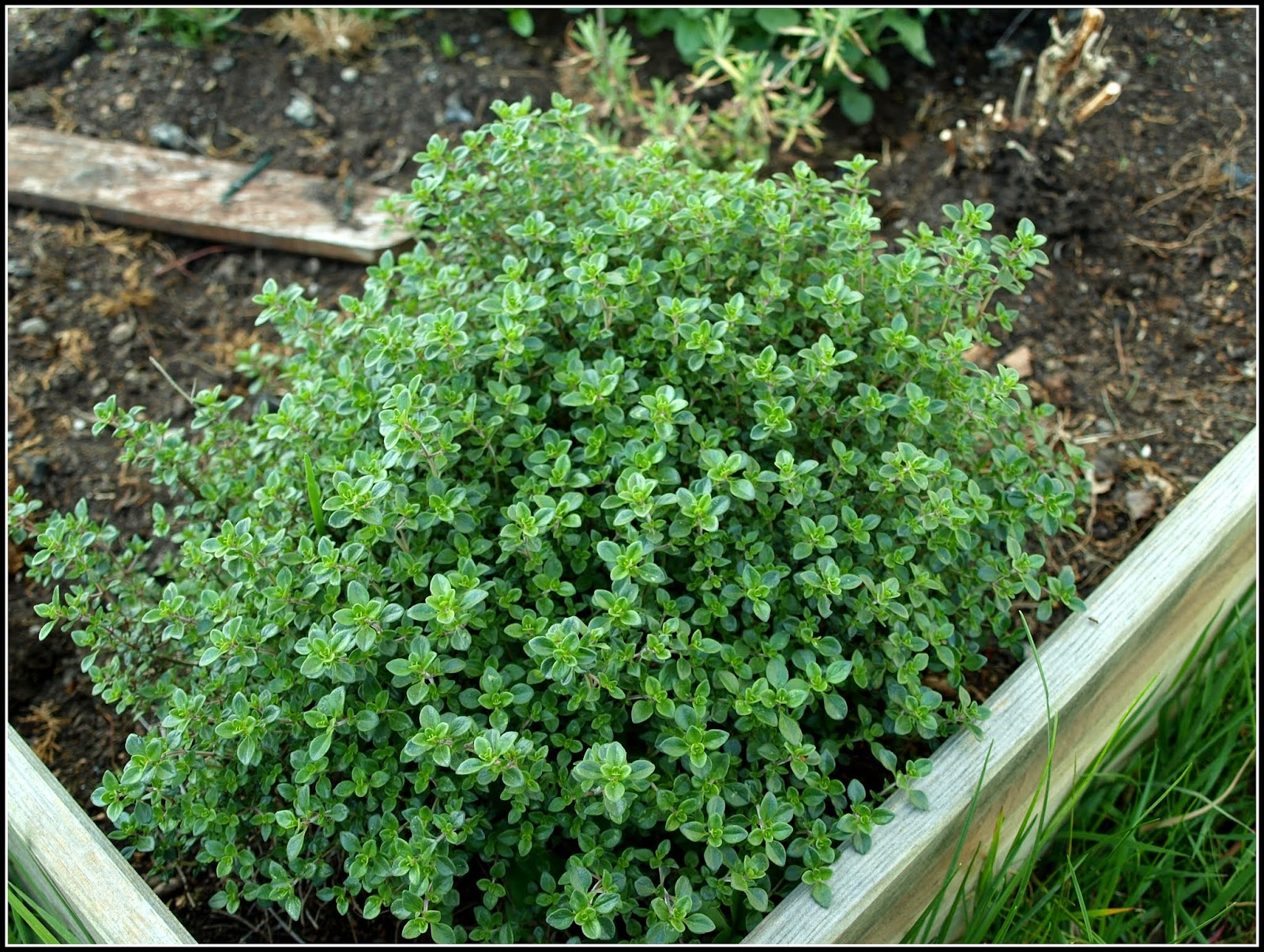 And this is Sage. 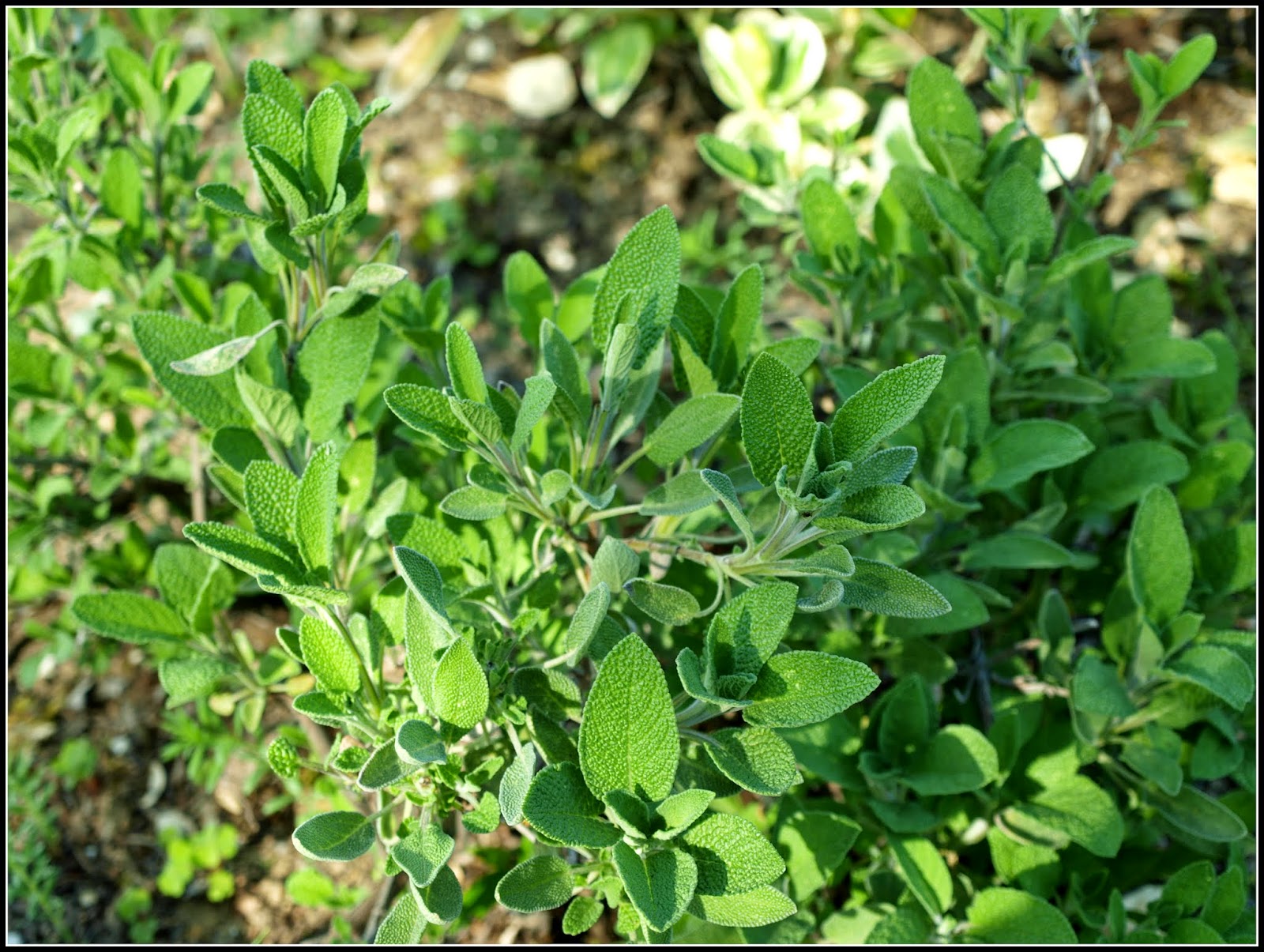 The amount of flower on this Currant bush augurs well for a decent harvest later in the year. 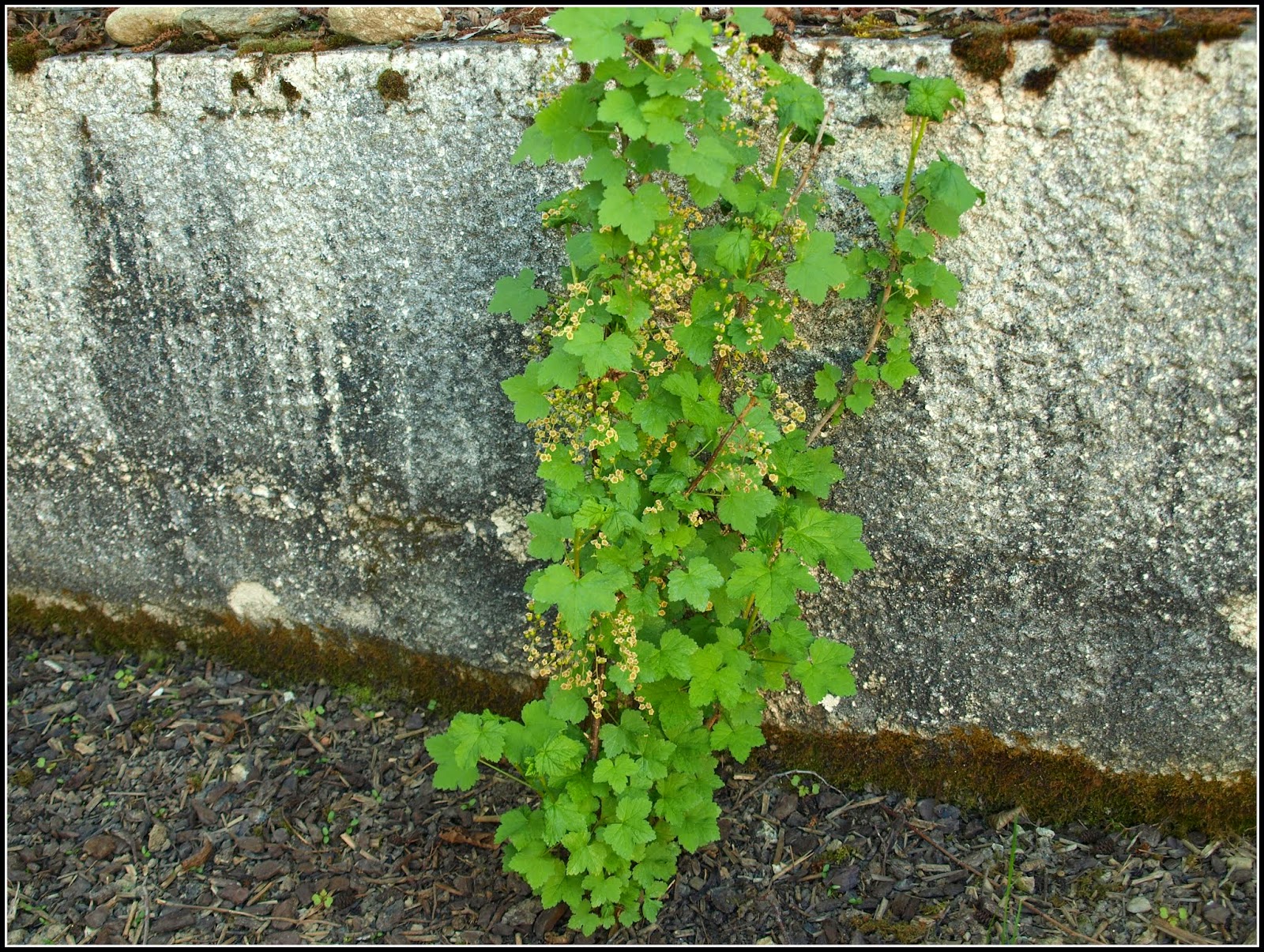 Maybe there will be a harvest of "champignons" too? 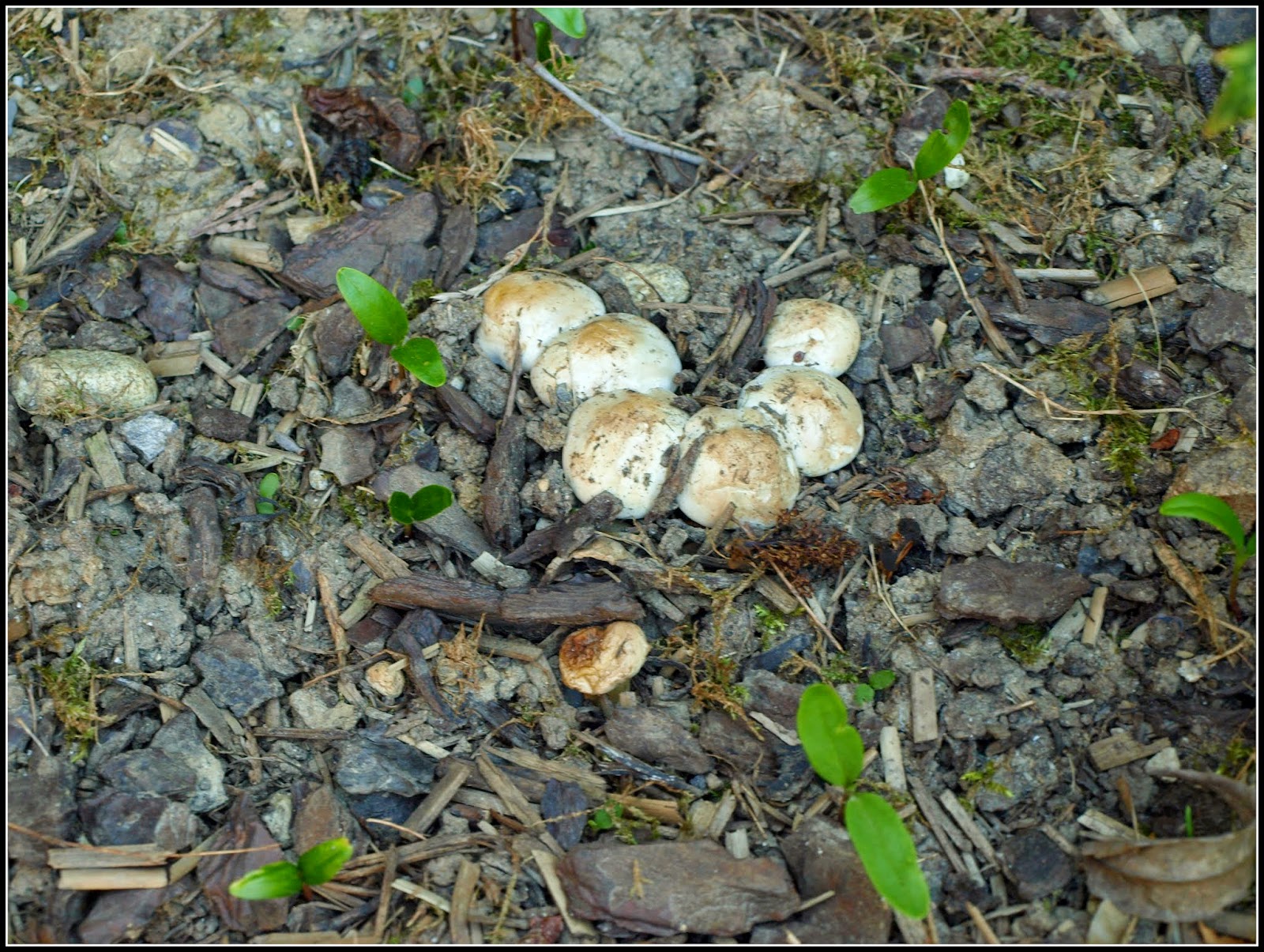 Since I last visited, Fiona has had a shed installed. I now have serious Shed Envy! 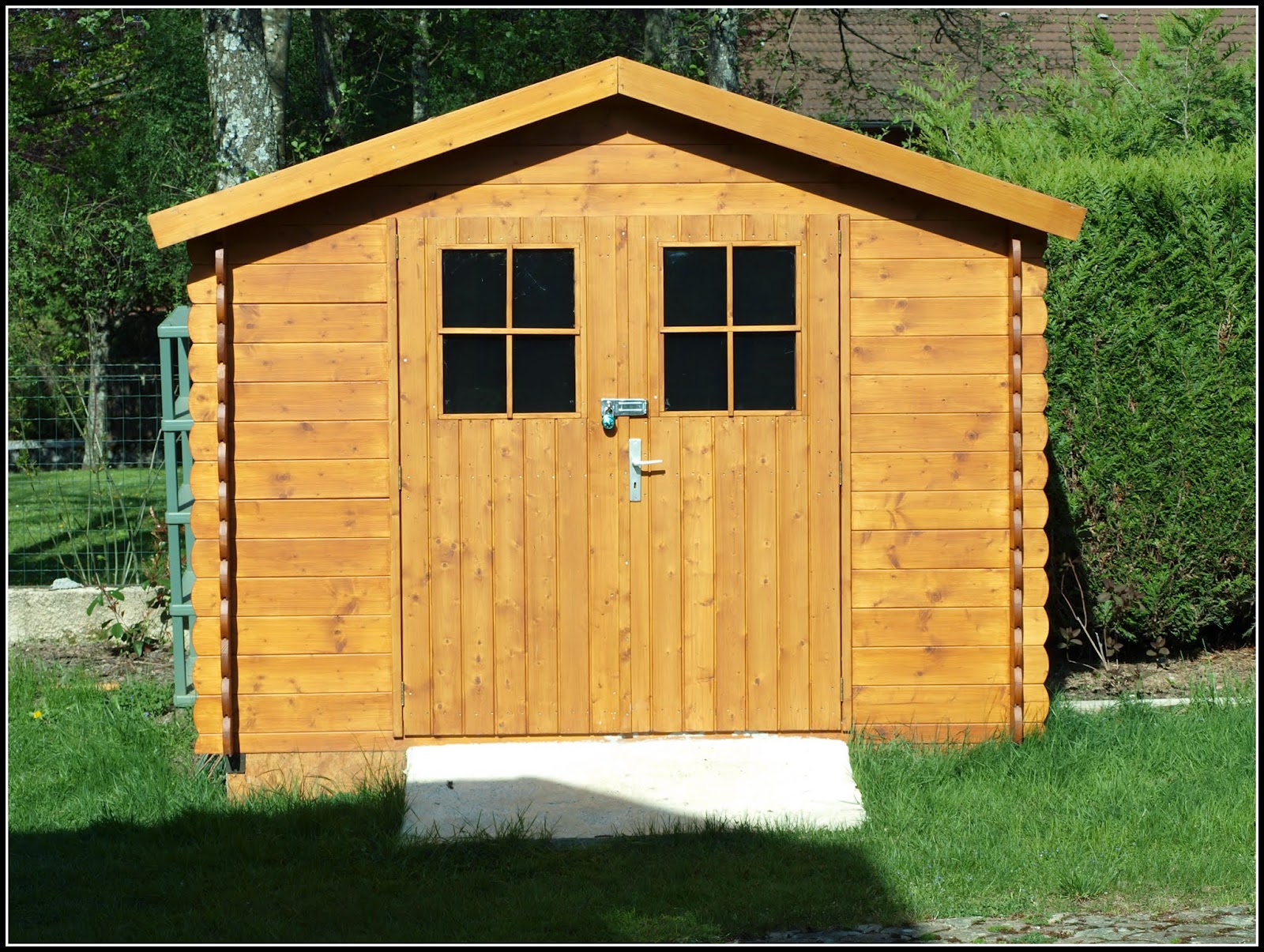 To finish today, I want to show you the view from the car-park of Fiona's local Garden Centre, Jardiland... 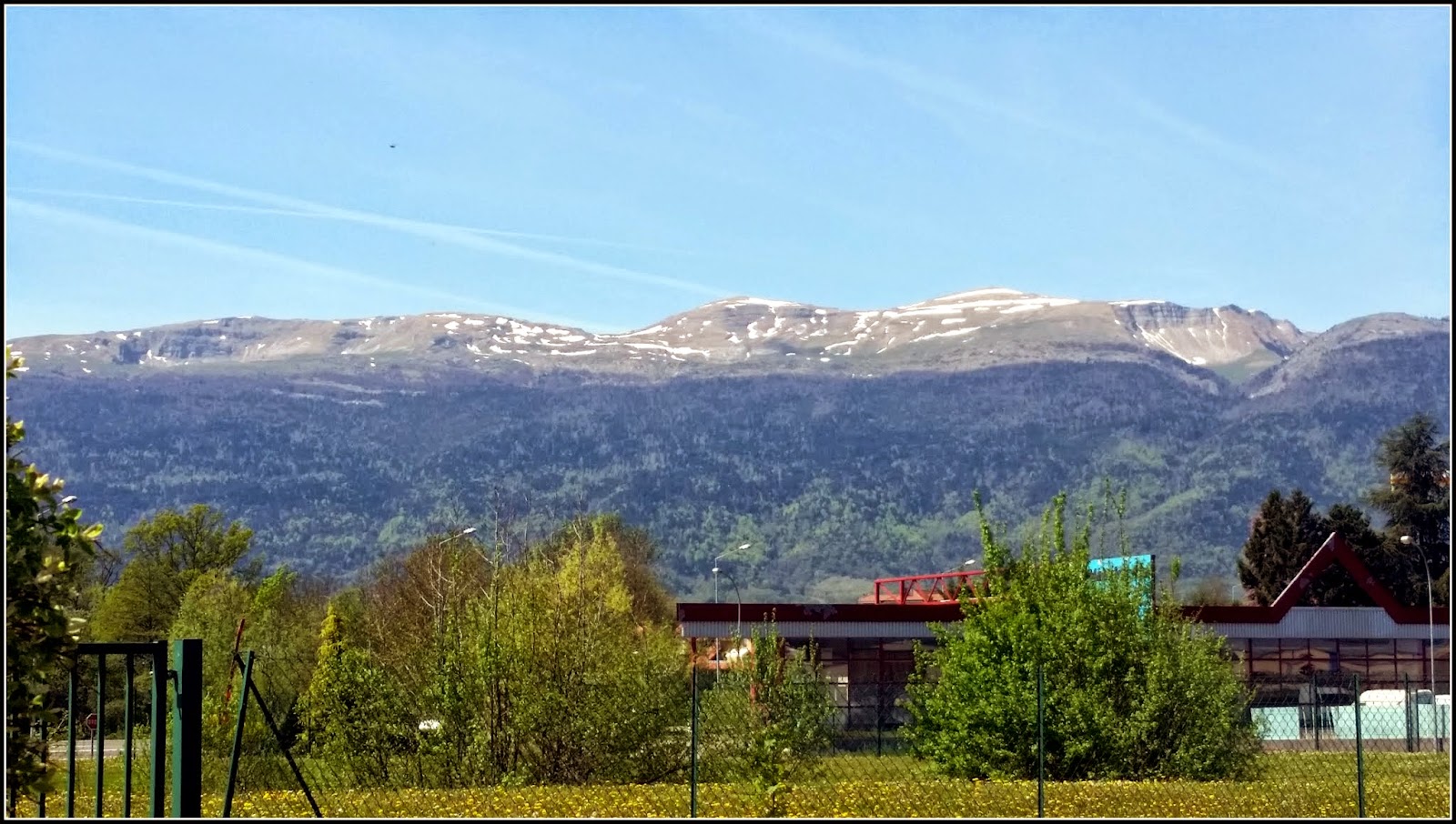 It's a bit more impressive than the view from ours!

I have to say though that I was not impressed by the very modest selection of seeds available, nor indeed by the very steep price at which some of them were being offered. For instance, I wanted to buy some seeds for Curly Endive and there were only four varieties available. In one case the same variety was offered by three different brands at prices ranging from 1 Euro 10 cents to 3 Euros 75 cents. Were the seeds a E3.75 really three times as good as the ones a E1.10? I also saw some packets of bean seeds (haricots verts) at prices approaching ten Euros - and I'm not talking about a 1Kg pack!
Posted by Mark Willis at 12:00