My First Early potatoes seem to be doing OK, especially the "Annabelle" ones. They had grown several inches tall so last Sunday I decided the time had come to do the first earthing-up. By this I mean packing in some more compost into their containers so that the leaves are nearly buried again. 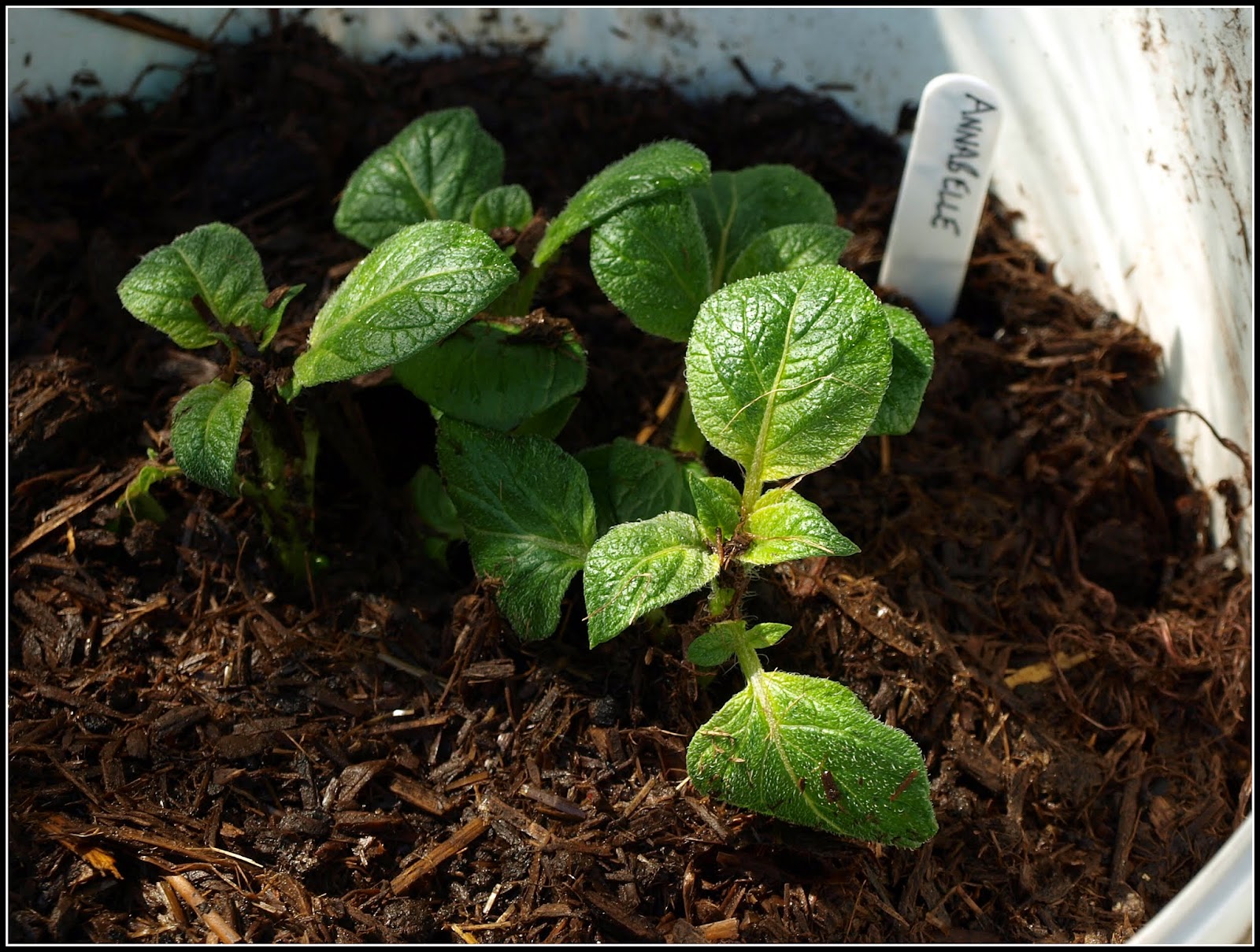 Earthing-up means that more of the stem of the plant is underground, which normally leads to the production of more roots and therefore more tubers. 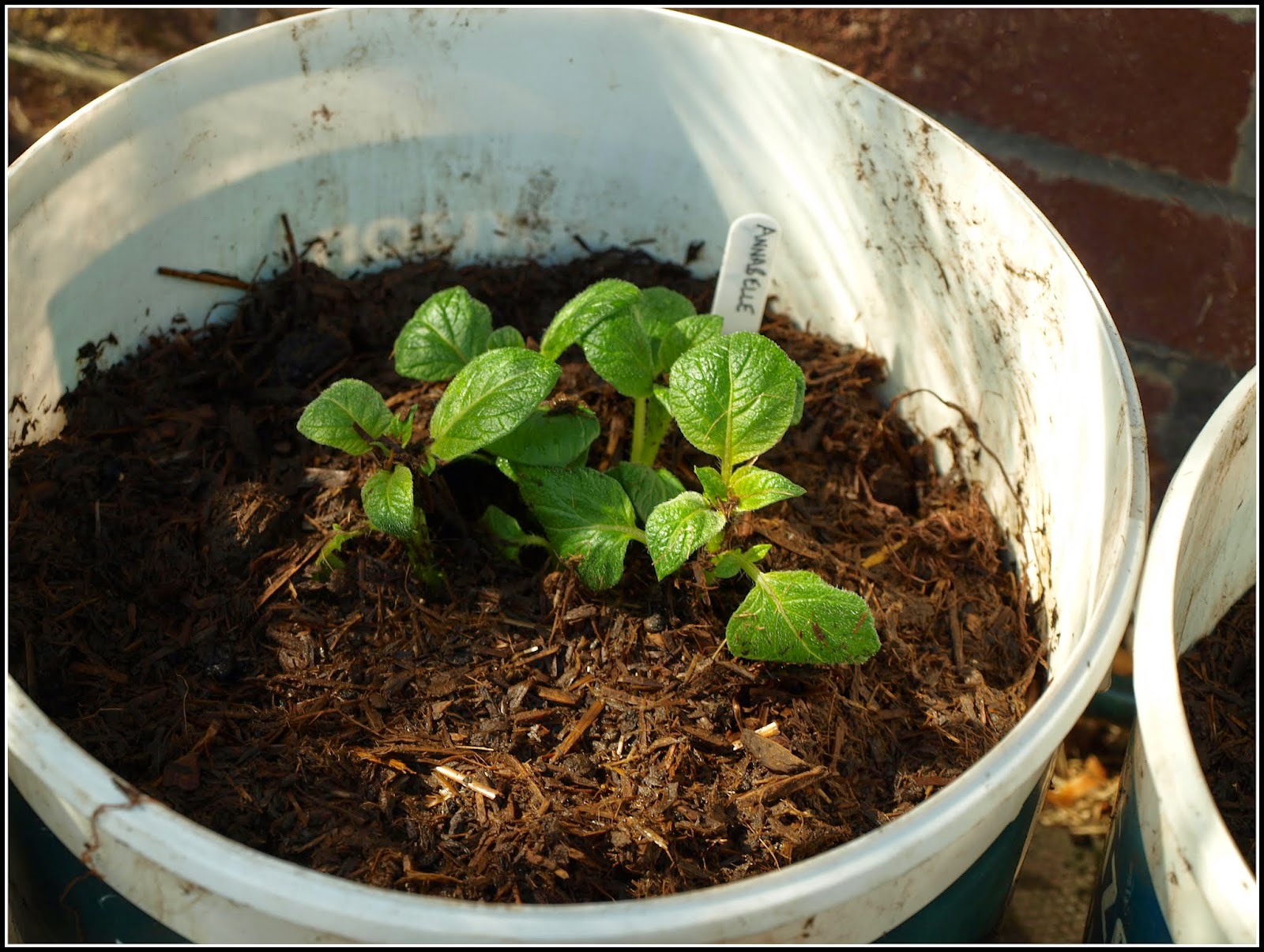 This year I am again growing my potatoes in a mixture heavy with composted stable manure, because that's what I used last year and it produced a good crop of very clean potatoes. 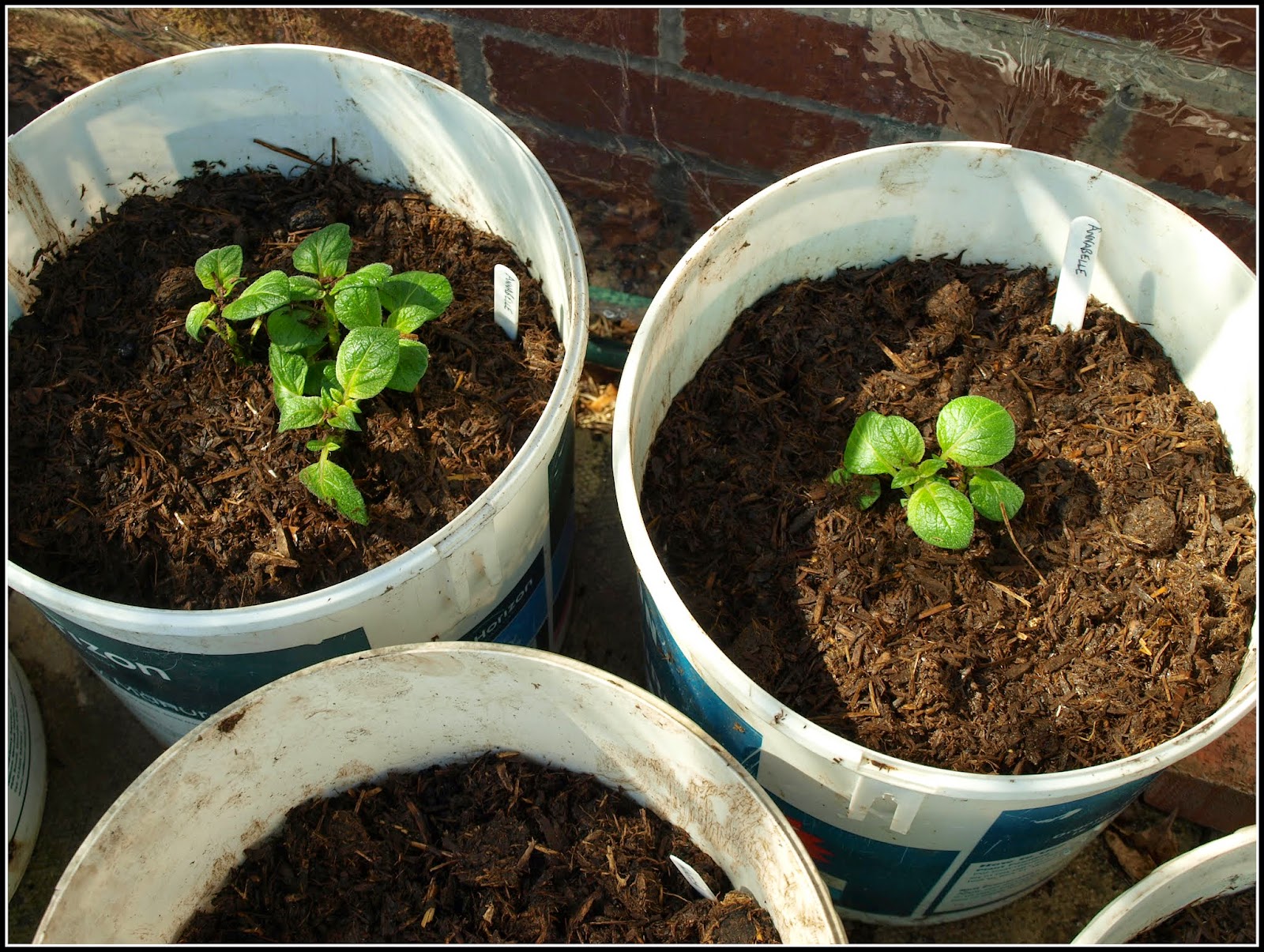 I was away from home from Sunday afternoon until Wednesday evening. When I got home I was amazed to see how much the potatoes had grown in the three days I had been away. This is the same pot as the one in my first photo. 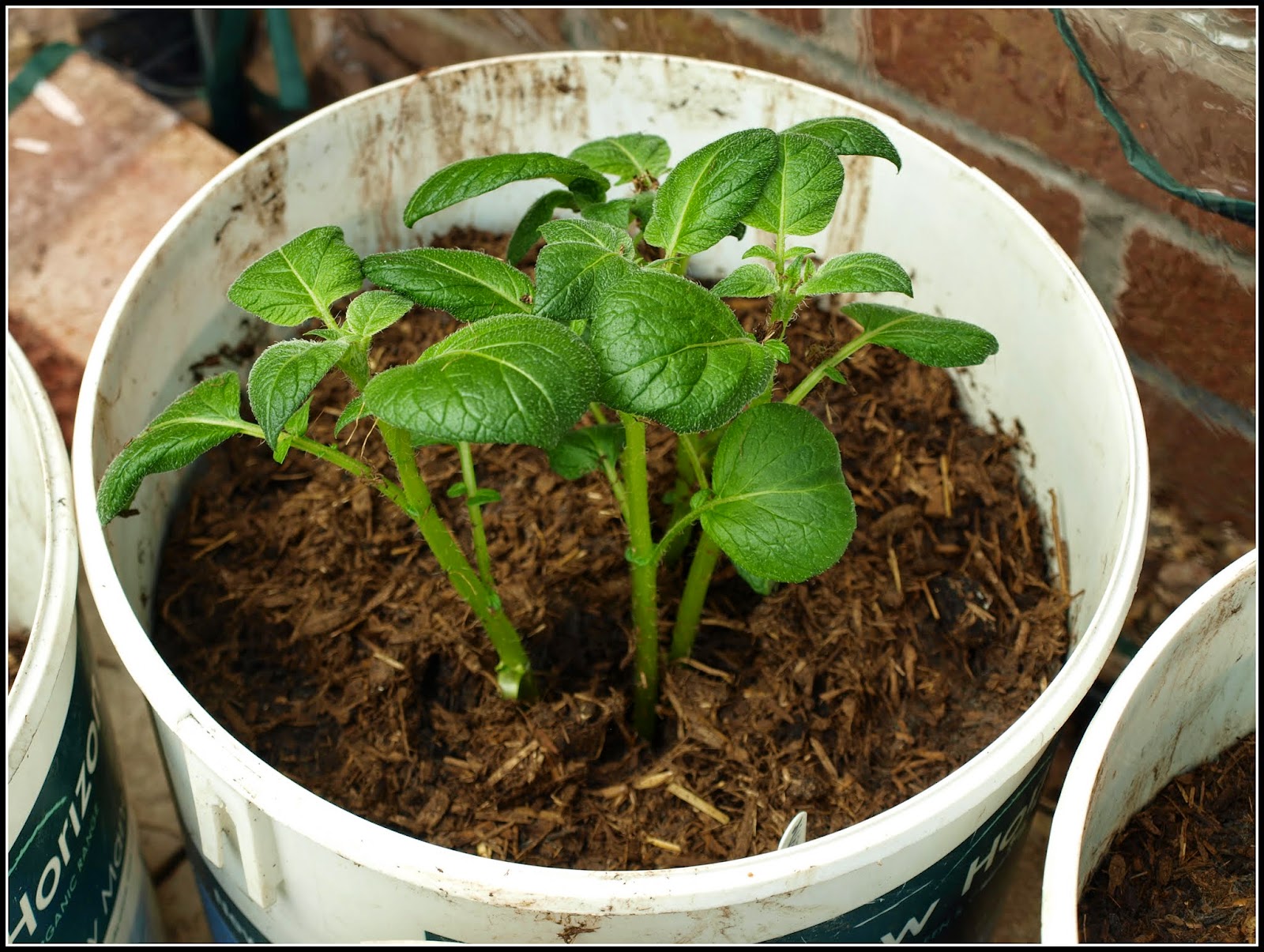 My other First Early potato variety is "Winston", and the plants seem to be growing much slower than "Annabelle", which is probably a good thing because it means they won't all mature at the same time.


Meanwhile, Second Earlies "Charlotte", in their smart new tubs, are not far behind.