Spare Broad Beans - to use or not to use?

A couple of weeks ago when I planted out my Broad Beans I was afraid that some of them might not survive the ravages of weather and pigeons, so I sowed a few more. I used some seeds remaining from a pack started last year. They are of the variety "Stereo", a short type alleged to be very suitable for small gardens and/or windy sites. It produces small but well-filled pods. Here you can see a basket of them in the foreground, visibly much smaller than the traditional "Witkiem Manita"" type seen in the background. 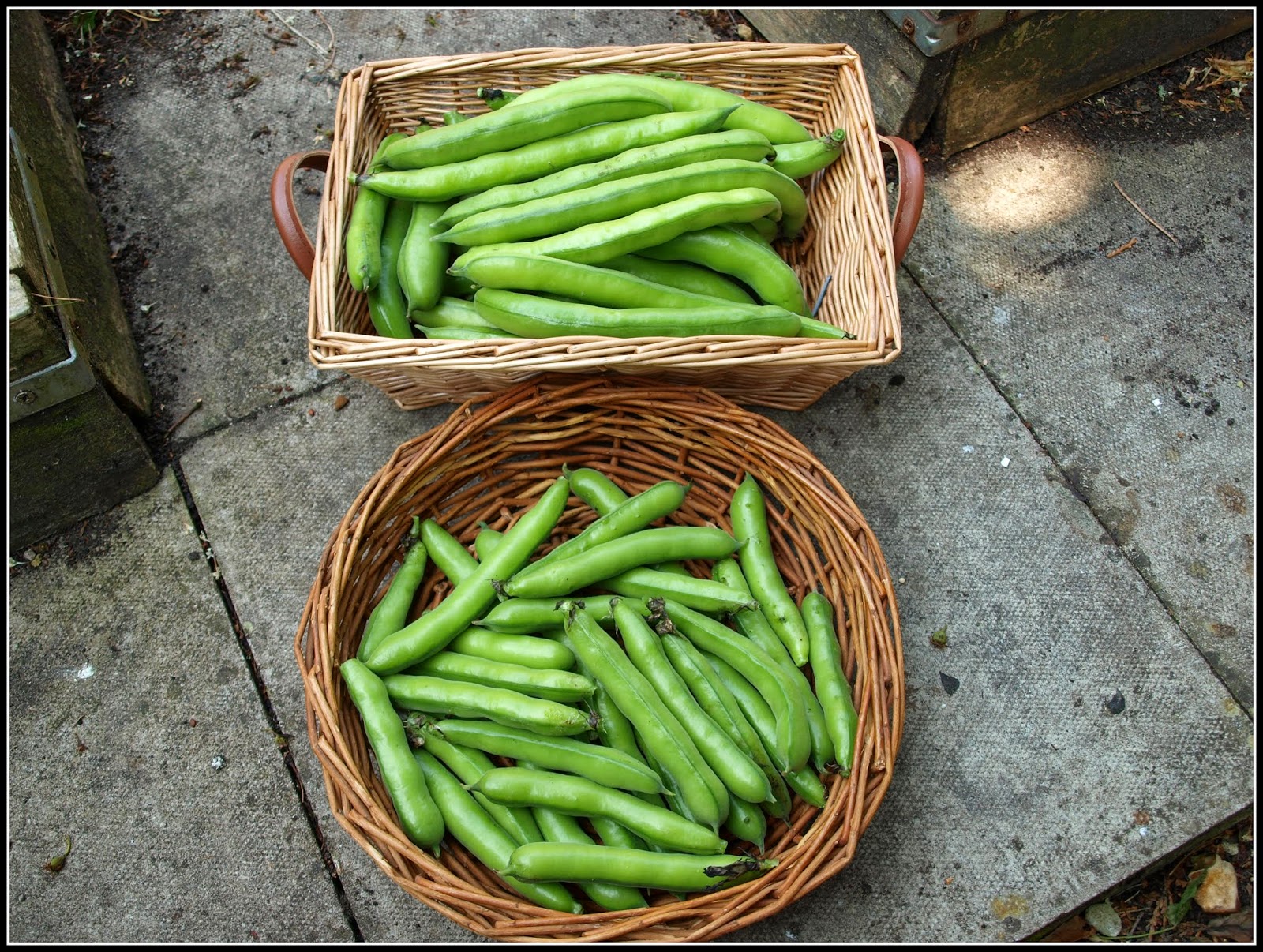 Whether it is because the seeds were not new, or for some other reason, the plants that came up have been of all different sizes, even though they all germinated at more or less the same time. In this pot you can see three plants - one large, one small and one medium-sized. 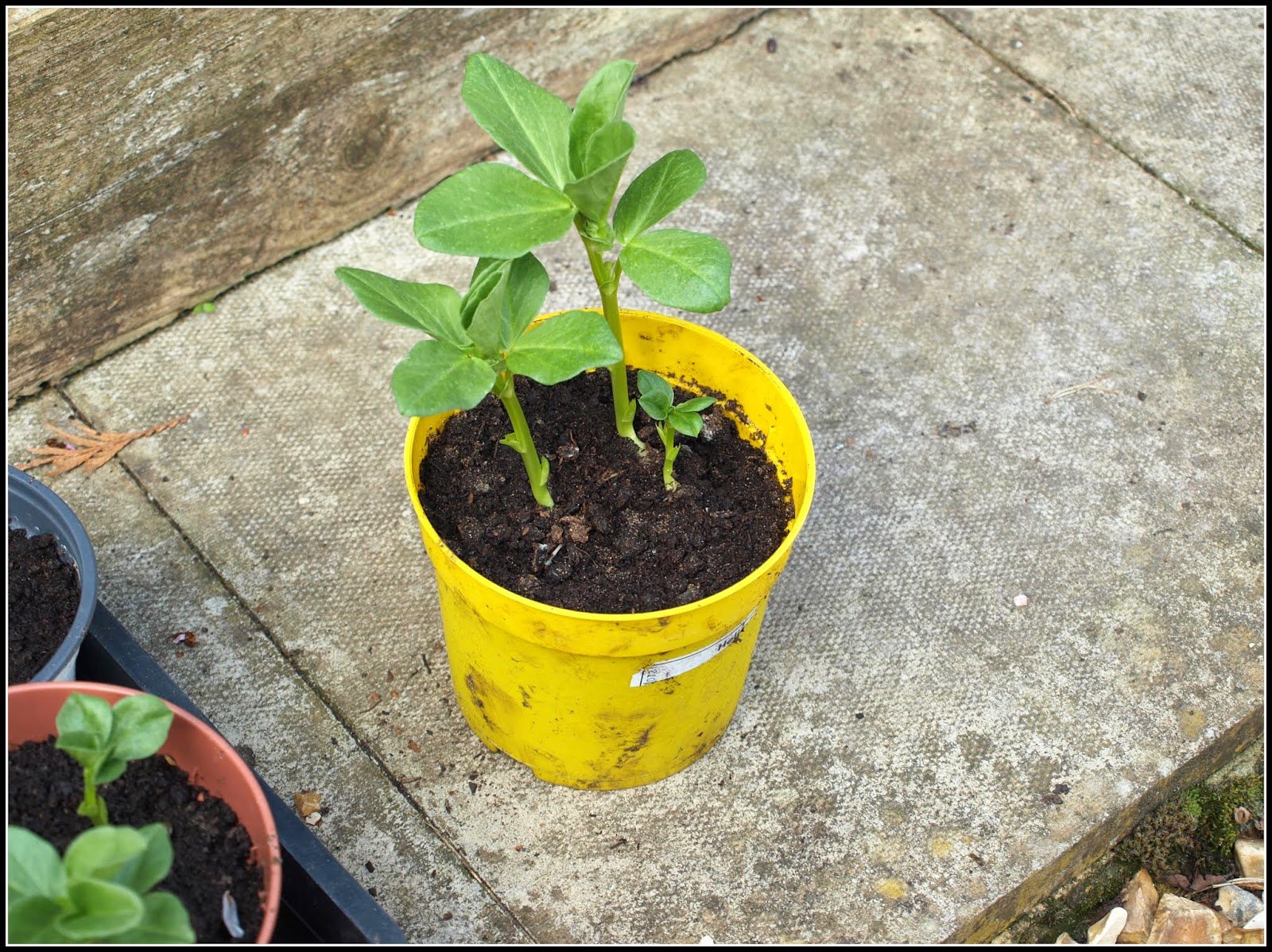 Despite all this, it now looks as if my main batch of Broad Beans is NOT going to be decimated. In fact they couldn't really look healthier:

I don't know whether those fluttering ribbons did any good, but at least the plants seem to have passed the stage at which the pigeons felt a desire to gobble them up. 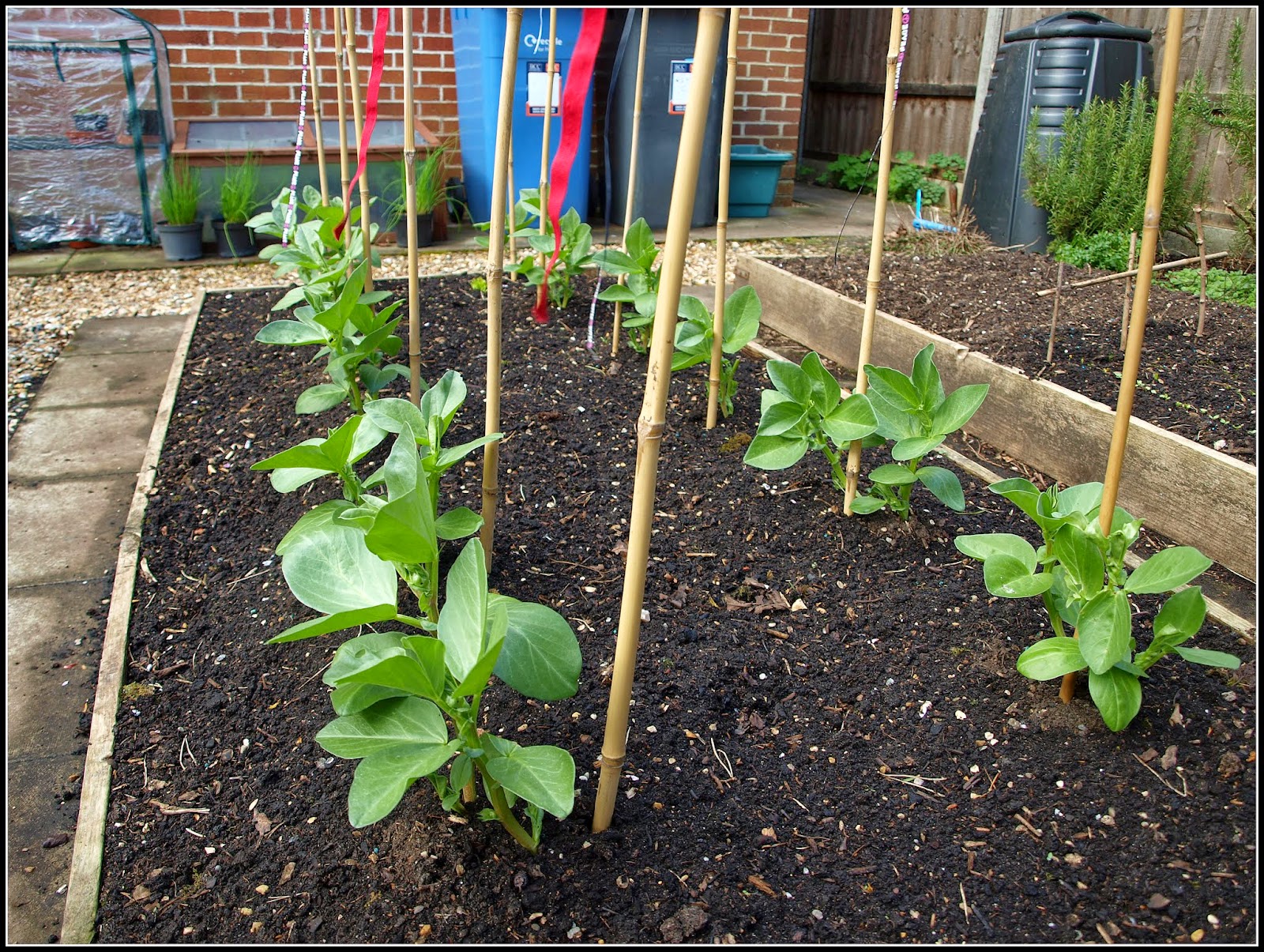 So, I am left with the decision of what to do with the spare "Stereos".  I have decided to hedge my bets: to ditch some of them and keep others.

I have put two at each end of the bed in which the "maincrop" Broad Beans are growing: 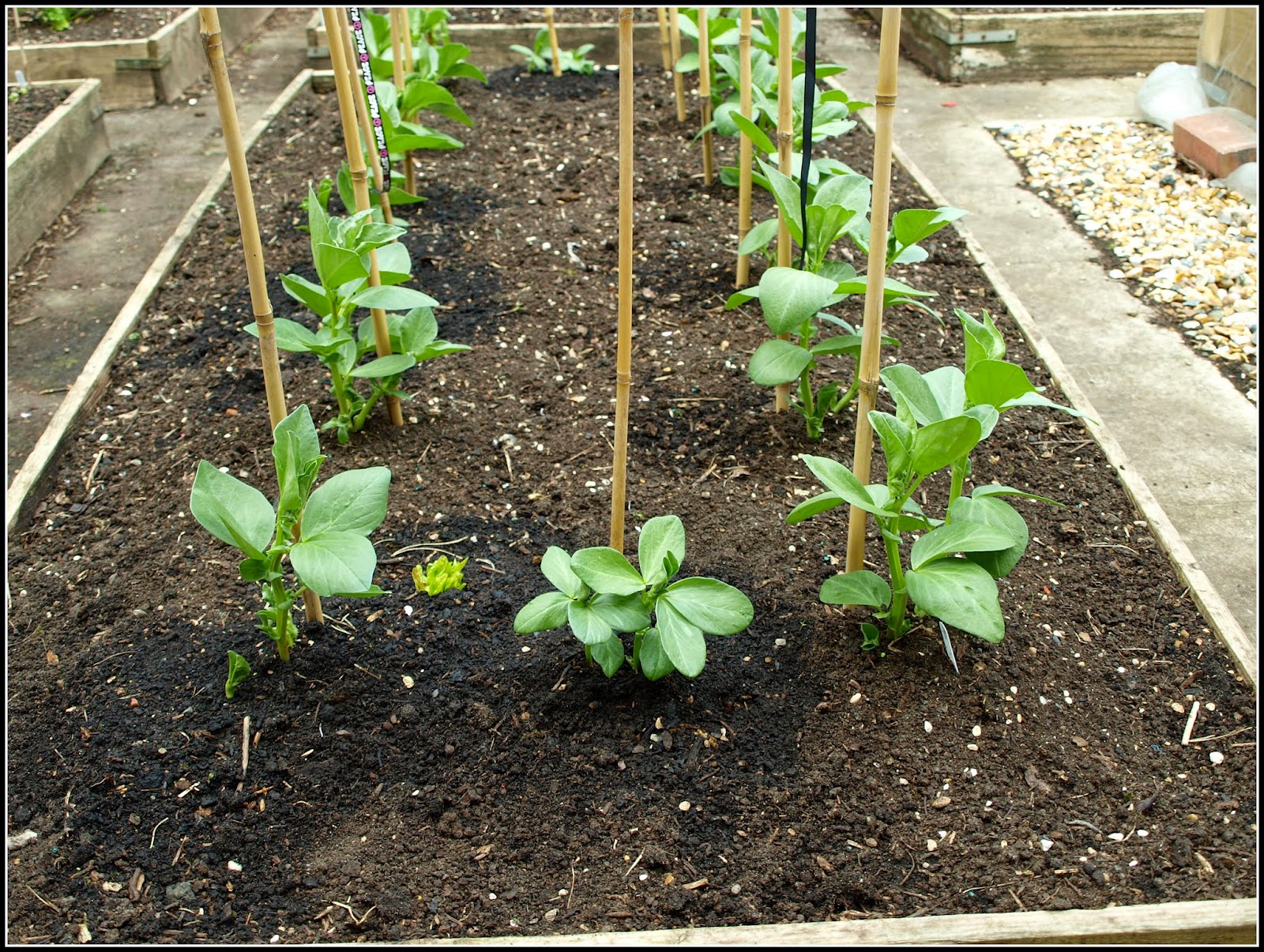 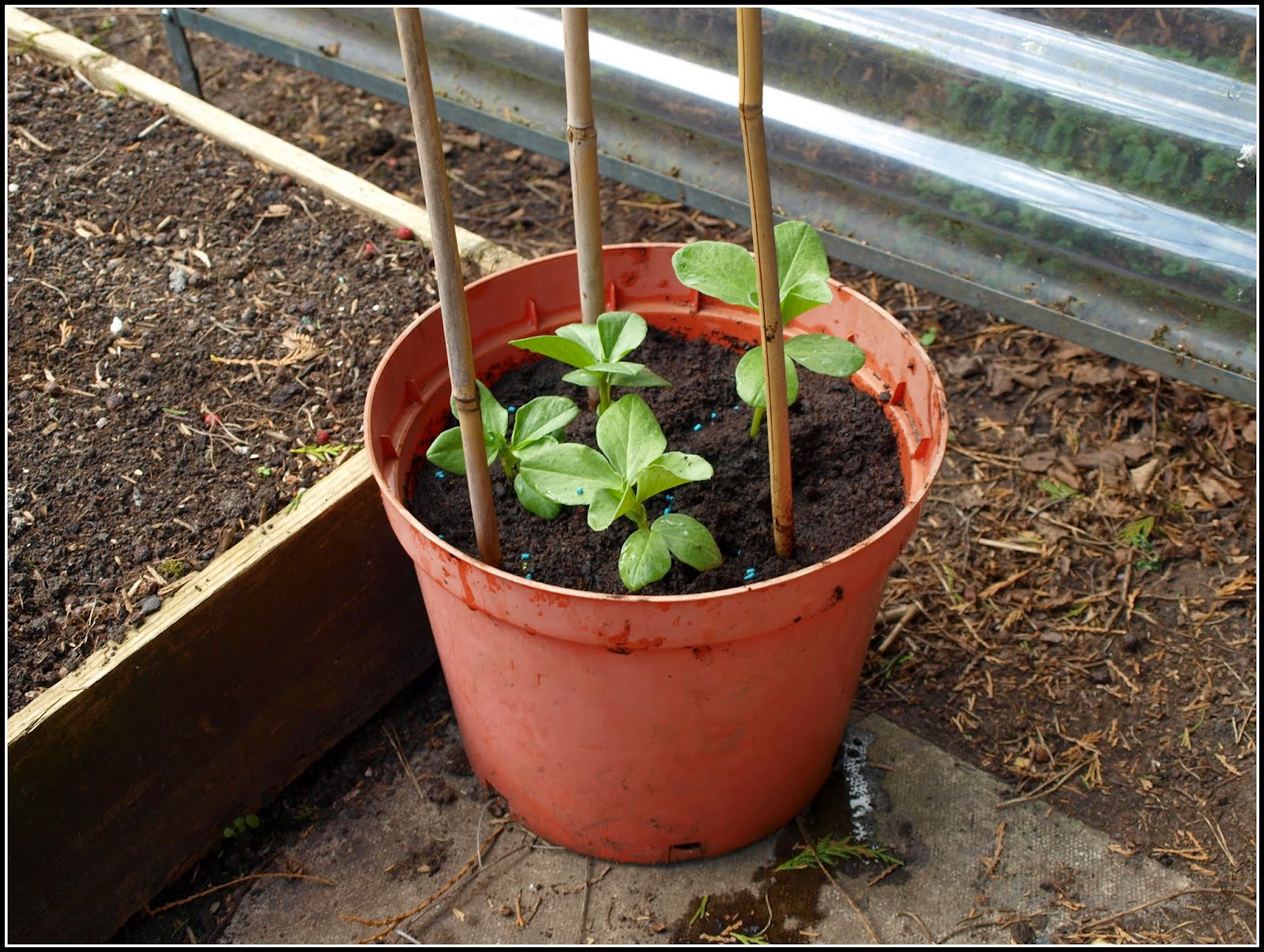 I hope to prove with this that you don't need a huge amount of space to be able to grow vegetables. Even if you just had a little patio or balcony, you could surely squeeze in a pot like that! 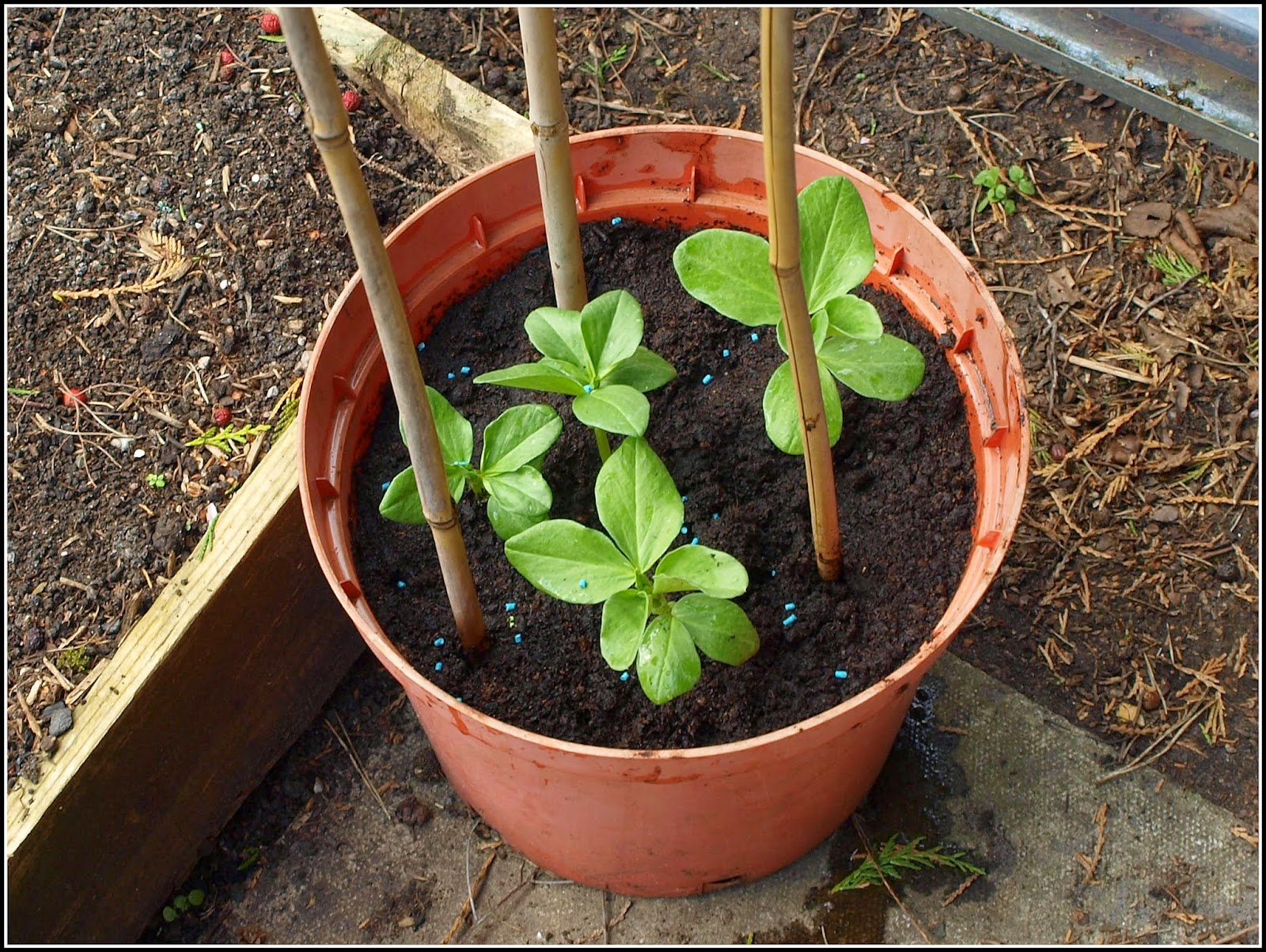 The remaining couple of plants are effectively on "Death Row". I can't bear to simply dump them in the compost pile - at least not before I am absolutely certain that they will not be needed to replace casualties! I'll just keep them in their little pots as long as possible.
Posted by Mark Willis at 12:00