Hooray! My Harvest Monday post has something in it other than PSB. (Blink, and you'll miss it though...). These are the first of this year's Asparagus. 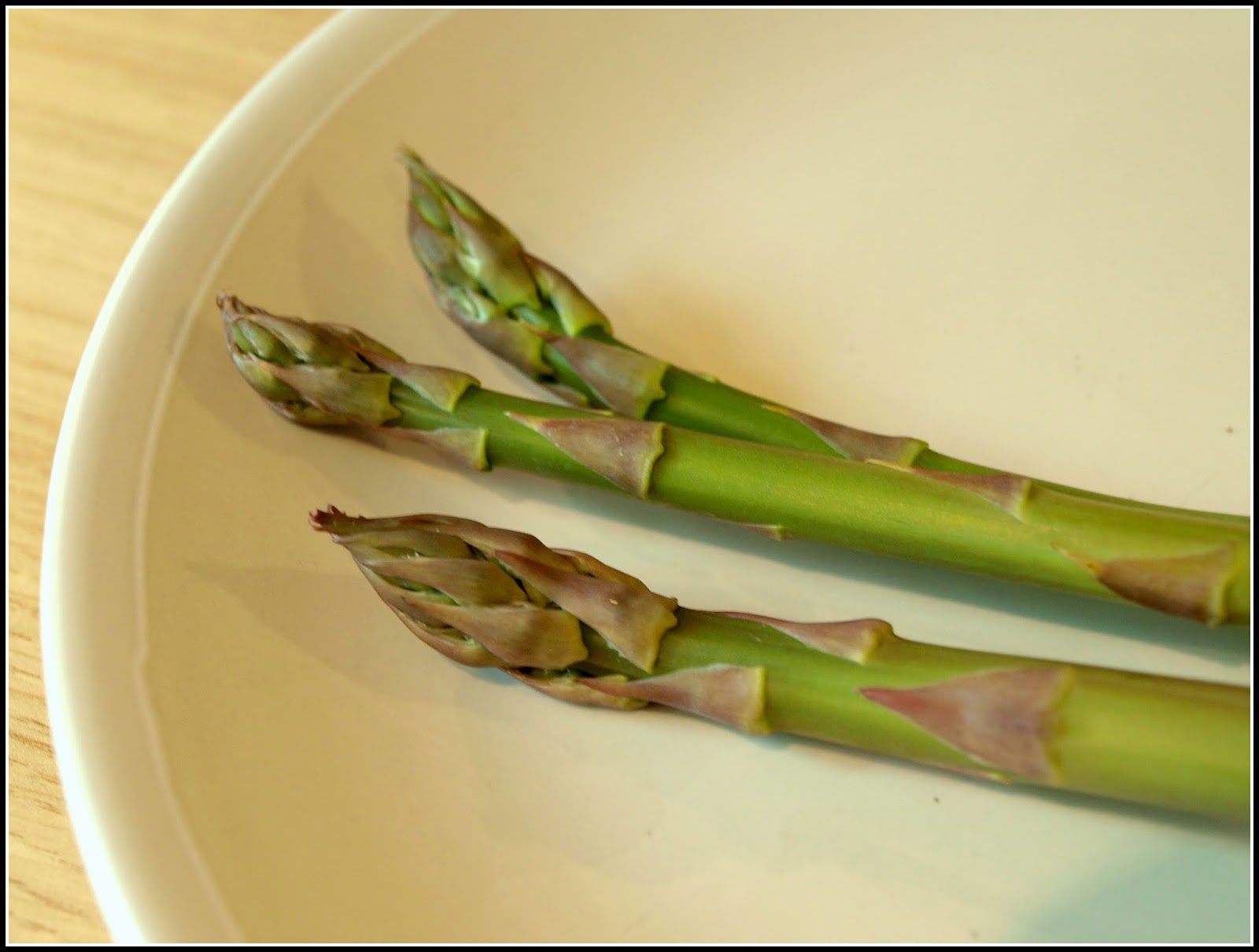 Yes, so far just three spears. There are several more visible already, but they won't be ready for a few days yet. 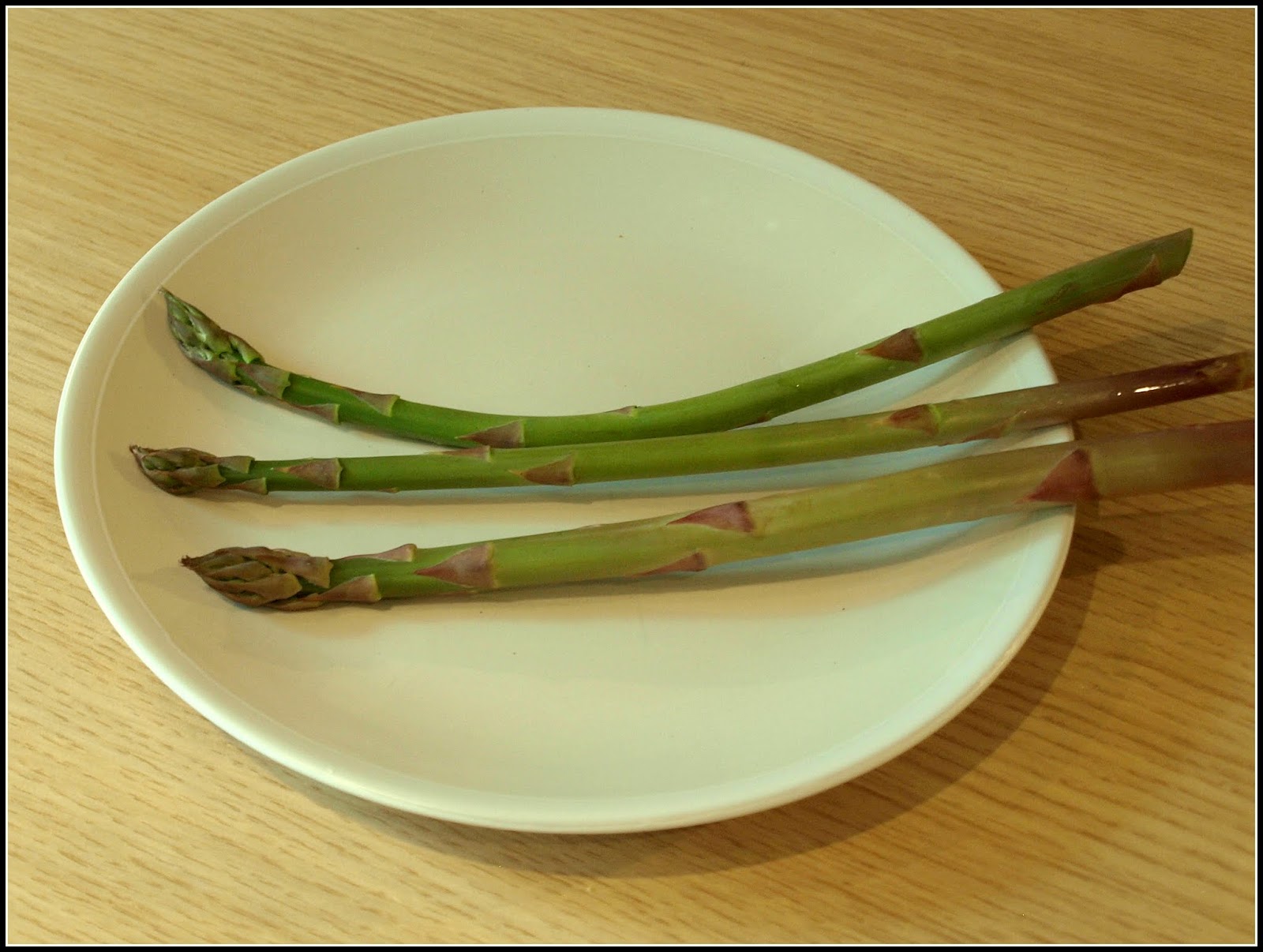 So for the time being we have to make do with more PSB. I expect everyone will be mightily relieved when my garden stops producing PSB...

These spears are mostly from one of the two "Early Purple Sprouting" plants - ironically the last of my four varieties to mature! 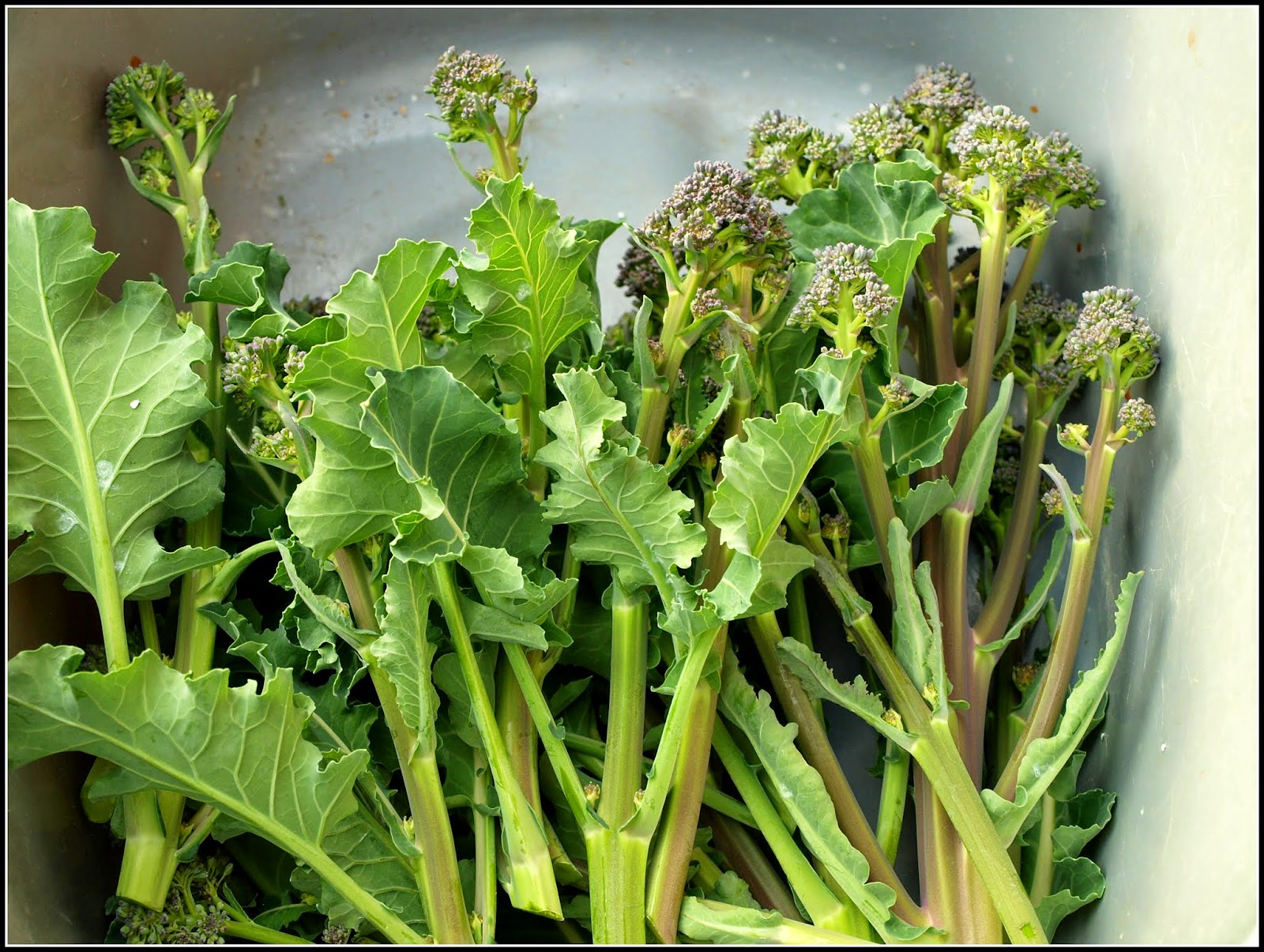 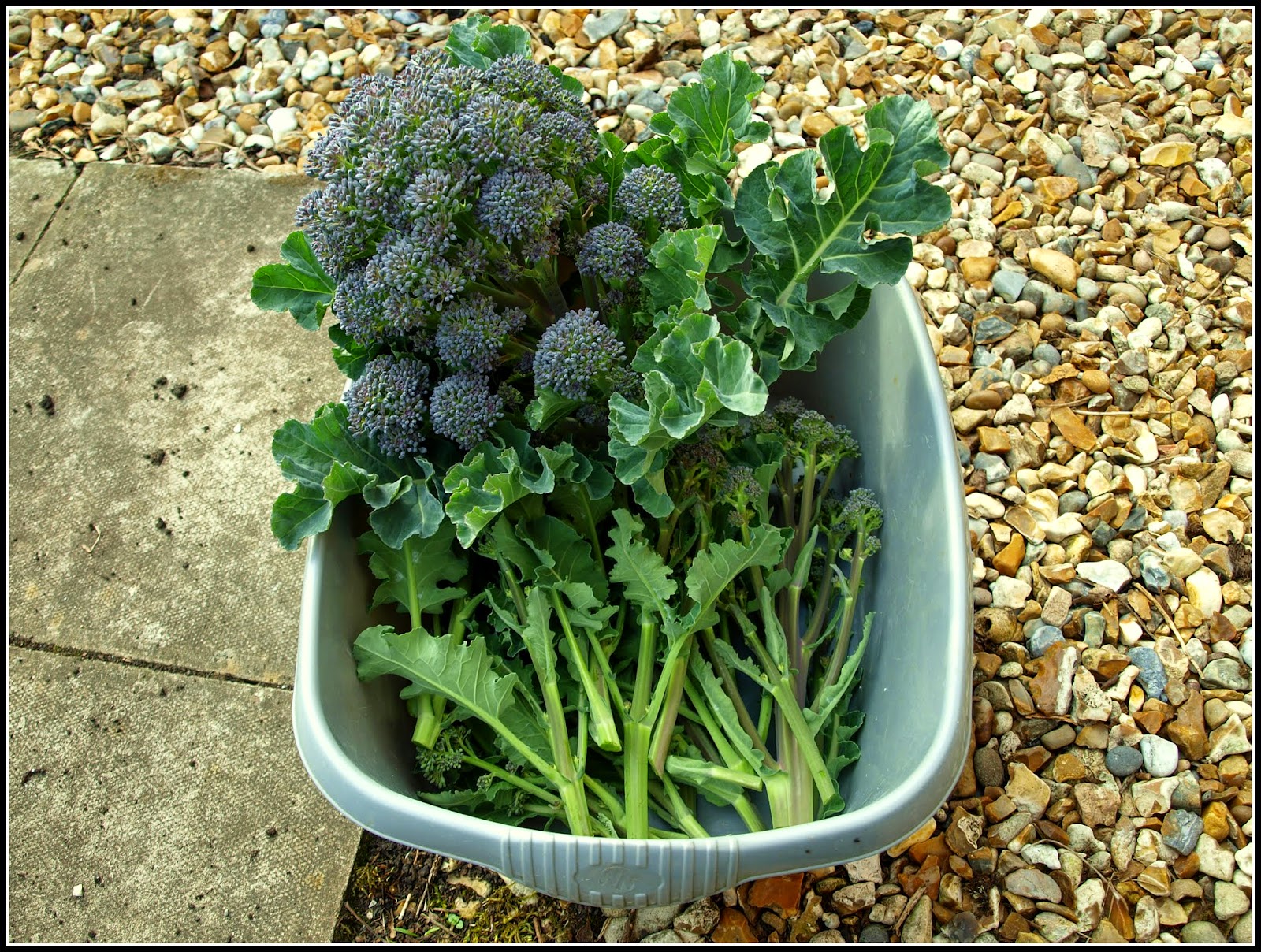 I am particularly proud of this head of "Red Arrow" broccoli. It is huge! 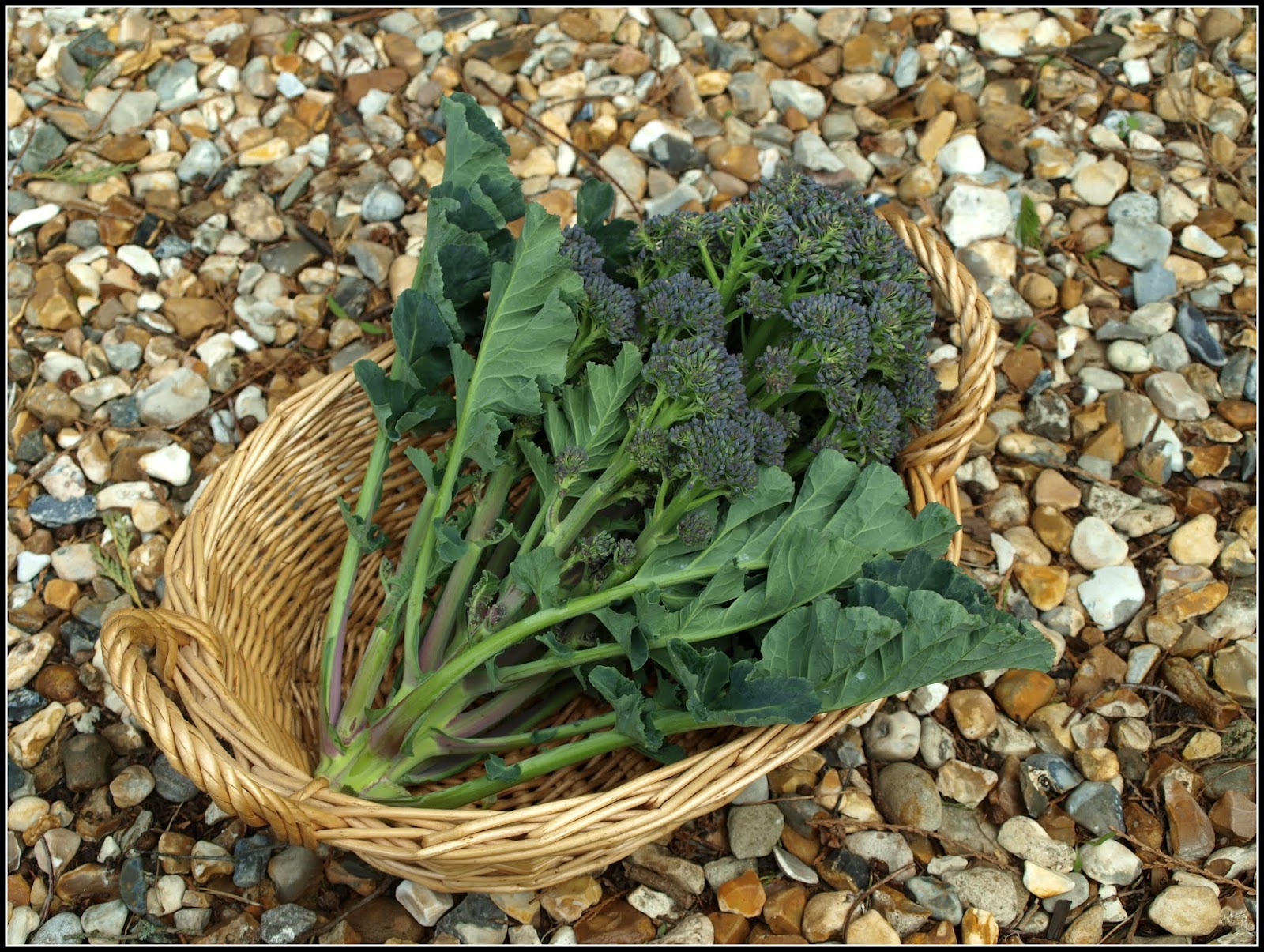 This is the main growing-point of the plant. When disassembled it will produce about a dozen decent spears. Other than the above, the only produce to come out of my garden this week has been a load of Parsley and some Chives. The Parsley is particularly fine at present, so we have been using a lot of it. We have so much of it that at the weekend I gave a big bag of it to my daughter Emma. Preserving surplus Parsley is not easy. When dried it is utterly tasteless, and when frozen it goes mushy.We do actually have a big bag of it in the freezer ("for emergencies"), but we seldom use any of it - especially if we have any fresh.

Linking up with Harvest Monday, hosted on Daphne's Dandelions....
Posted by Mark Willis at 12:00