This year I bought my seed potatoes at the Hampshire Potato Day at the end of January. Soon afterwards I had everything planned out and I knew when and where they were all going to be planted. But then I was contacted by David Shaw of the Sarvari Trust, asking if I would like to try some free samples of their blight-resistant "Sarpo" potatoes. How could I resist?

David kindly sent me a sample of three of the Sarpo varieties - Axona, Kifli and Shona. There were four tubers each of the first two types and five of the latter. Since I was already well-off for seed potatoes, I gave two of each type to my daughter Emma, who lives nearby. 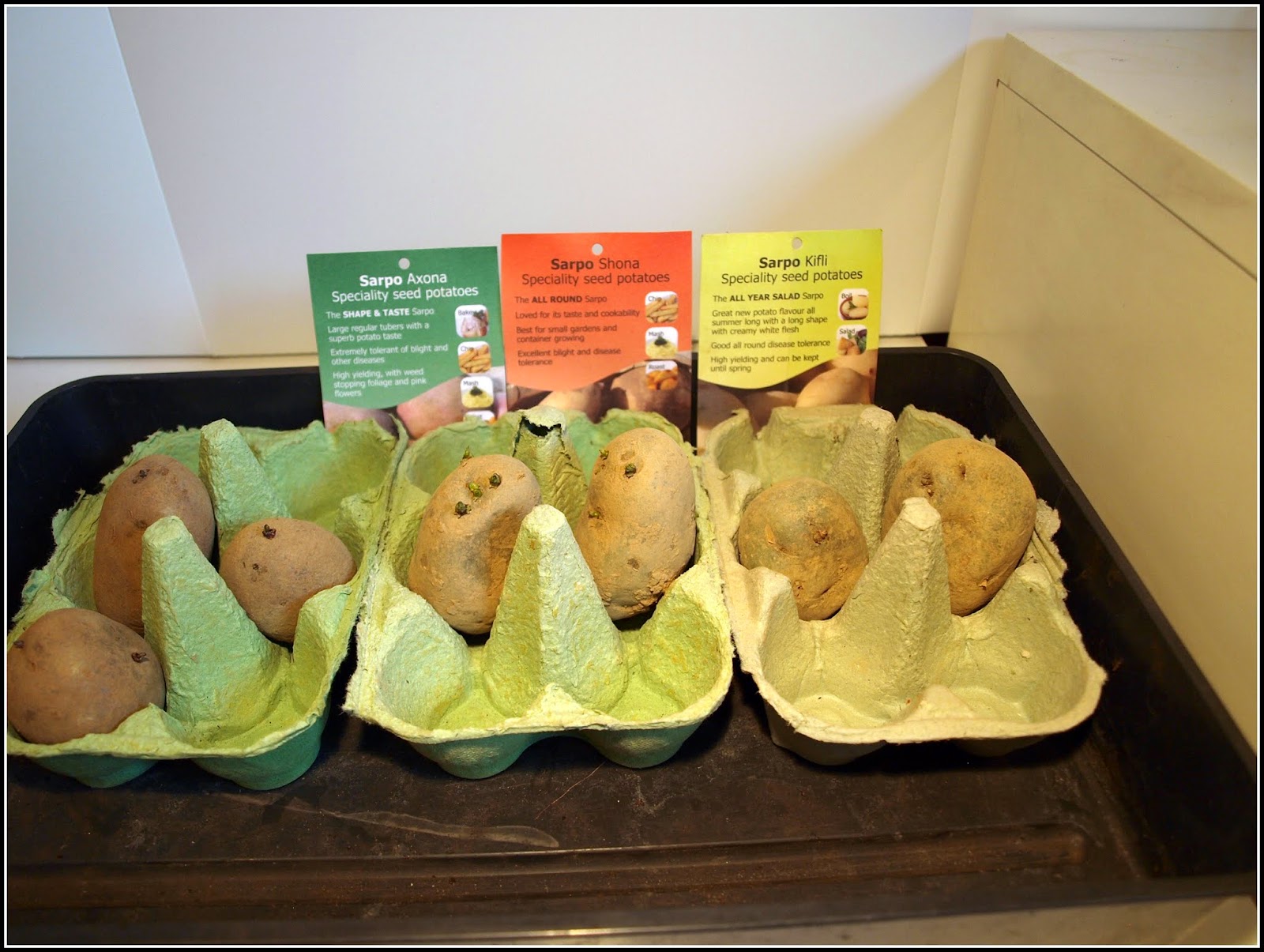 This is Axona, a red-skinned Maincrop variety: 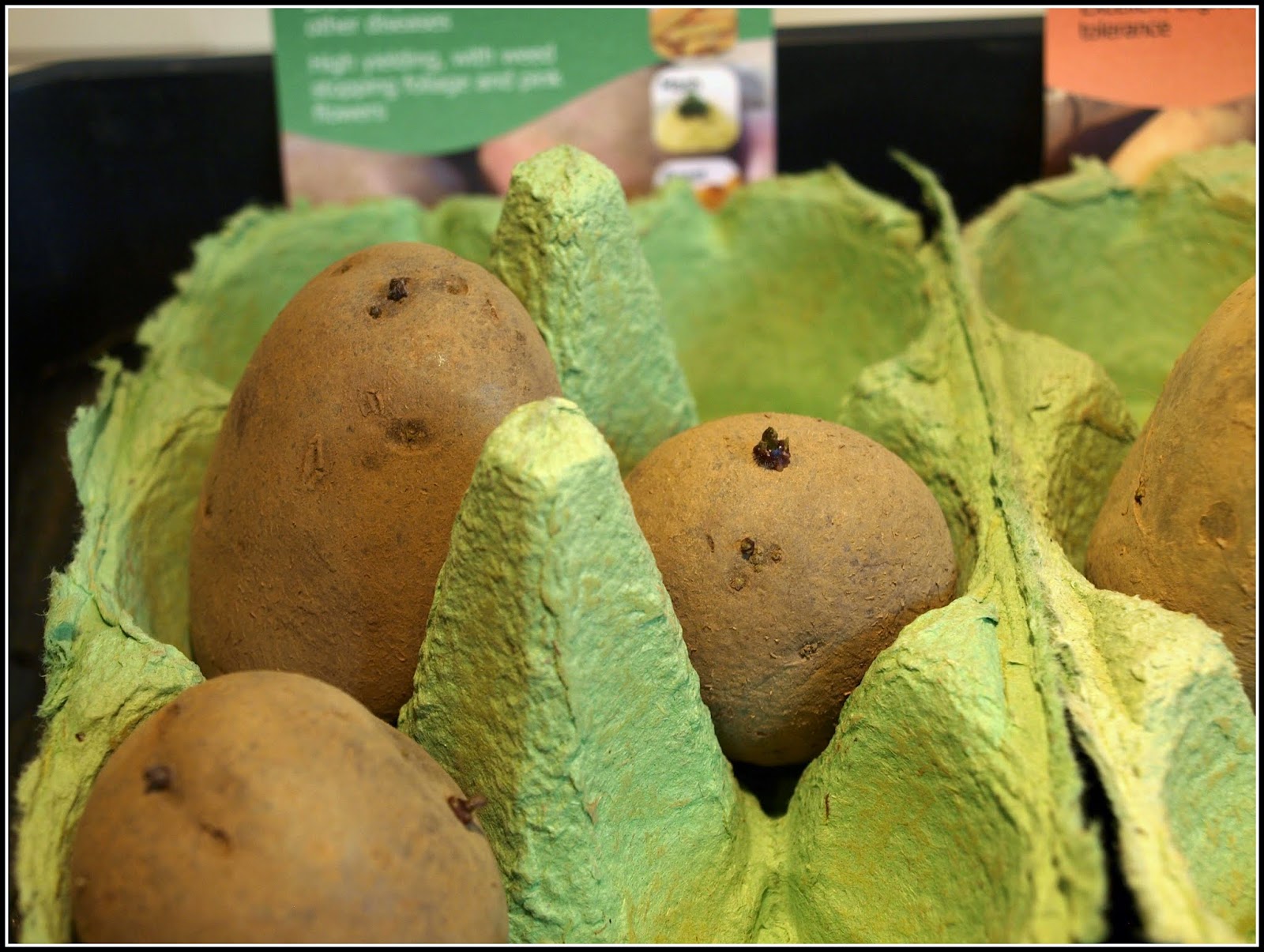 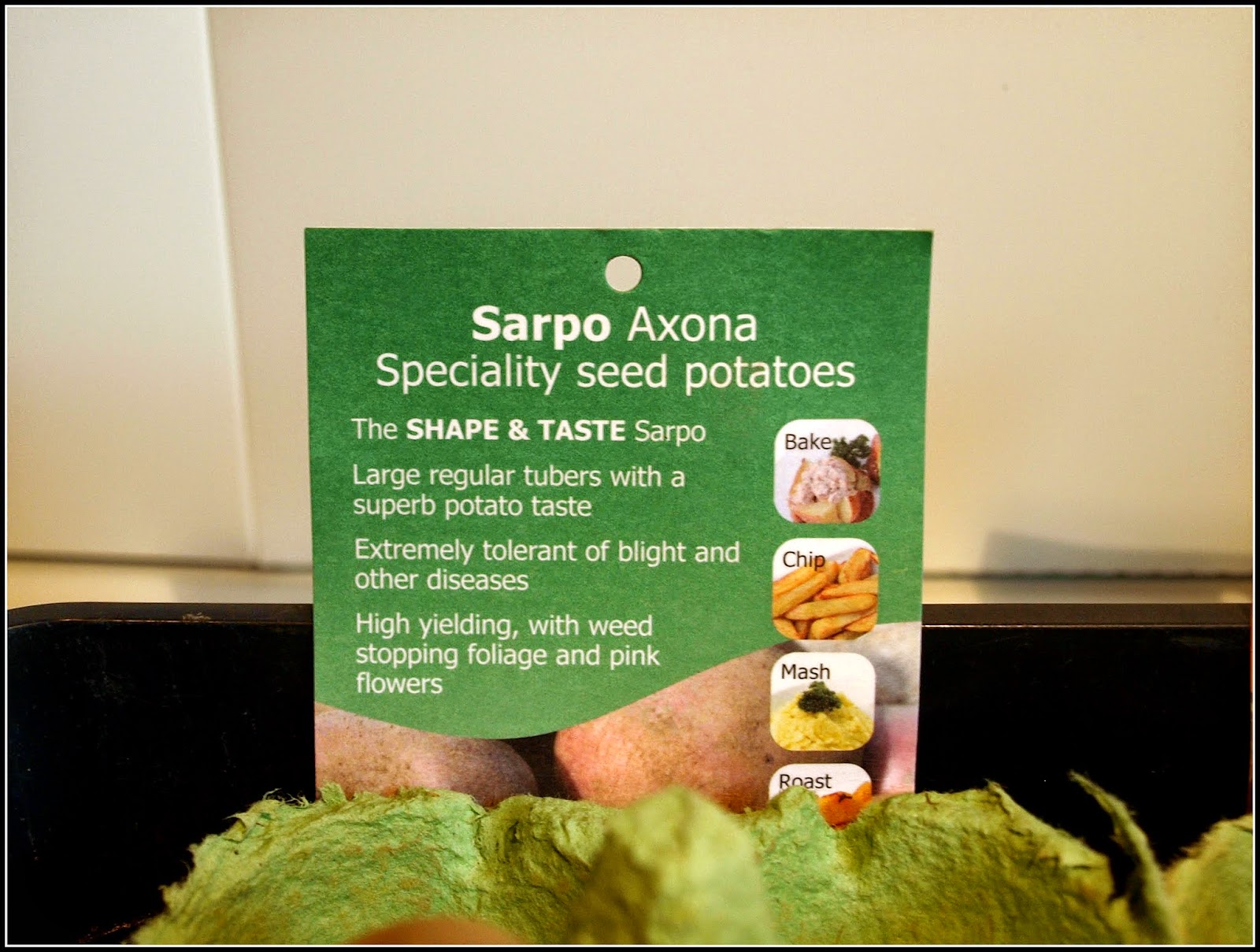 This is Kifli, a Maincrop in terms of its maturity time, but evidently used more as a "New" potato. 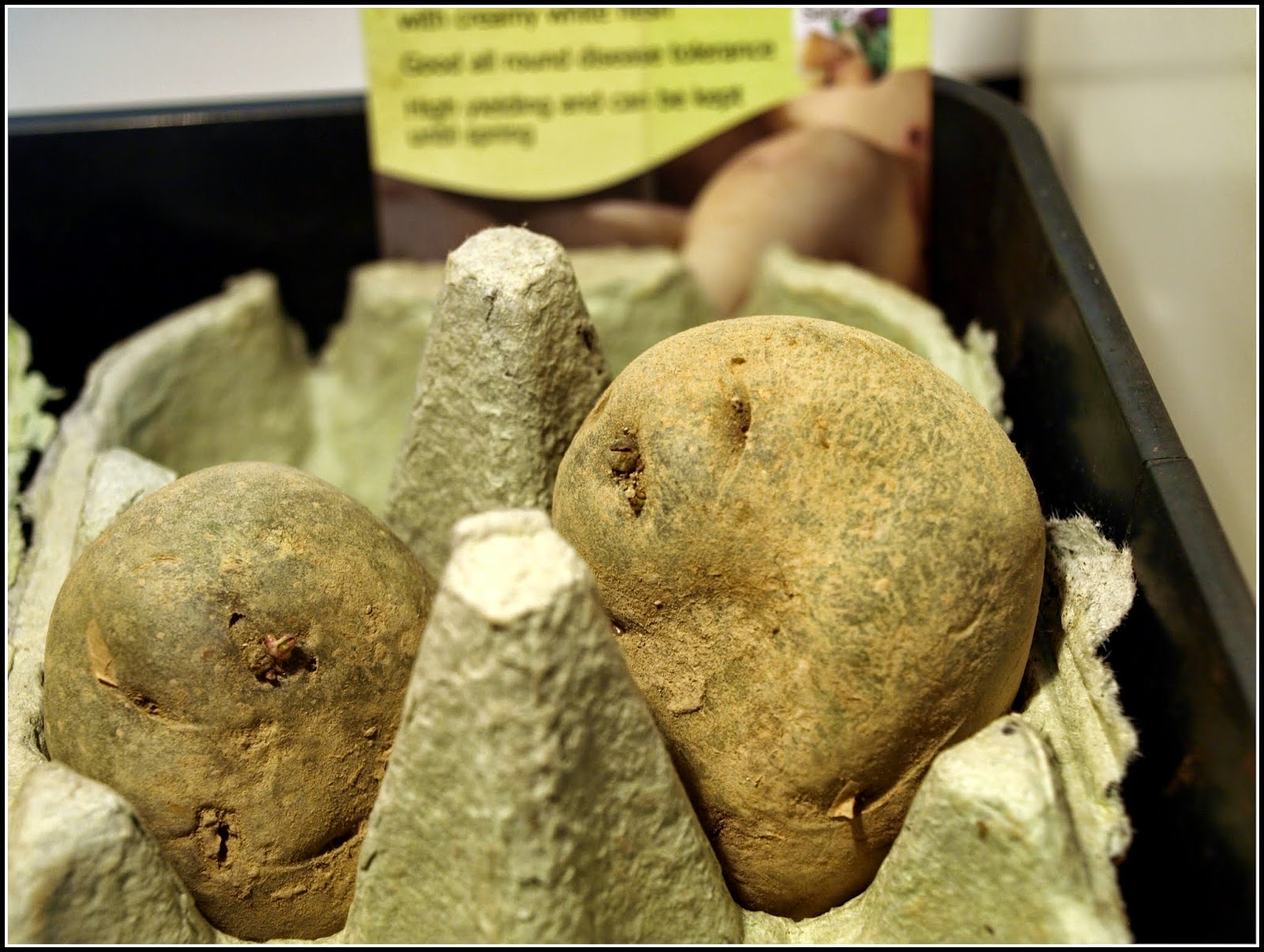 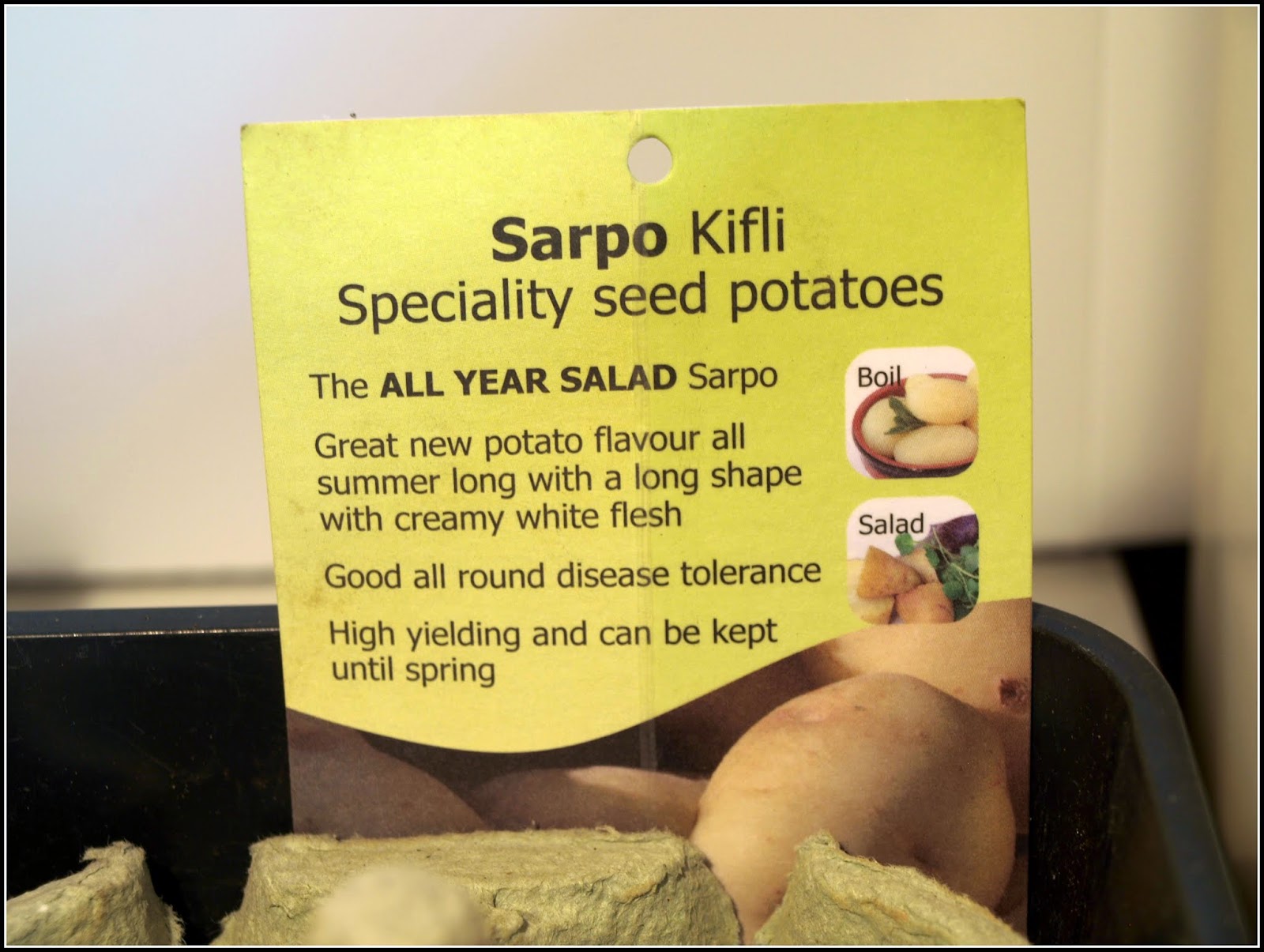 And this is Shona, an oval, white-skinned Early Maincrop one: 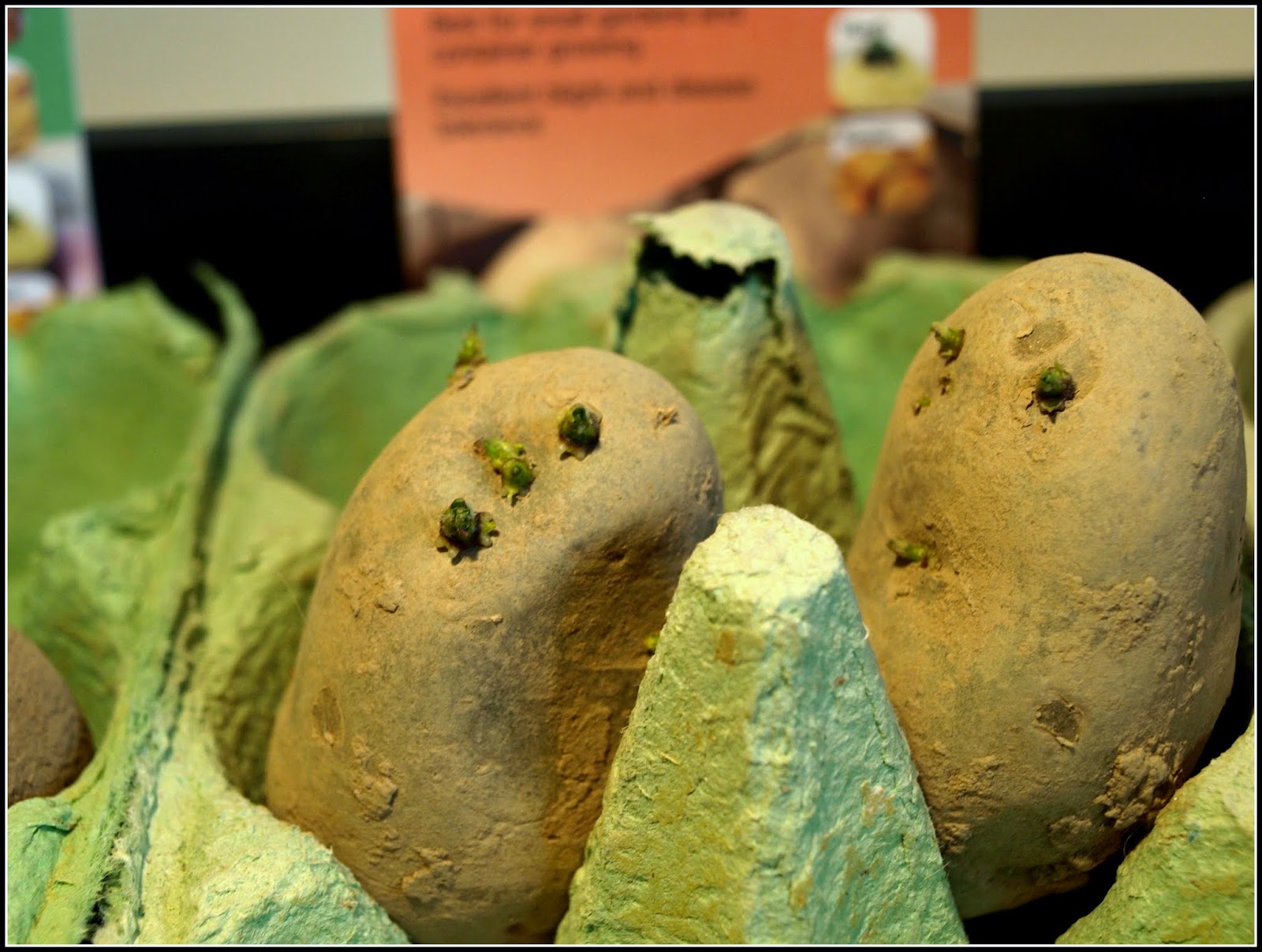 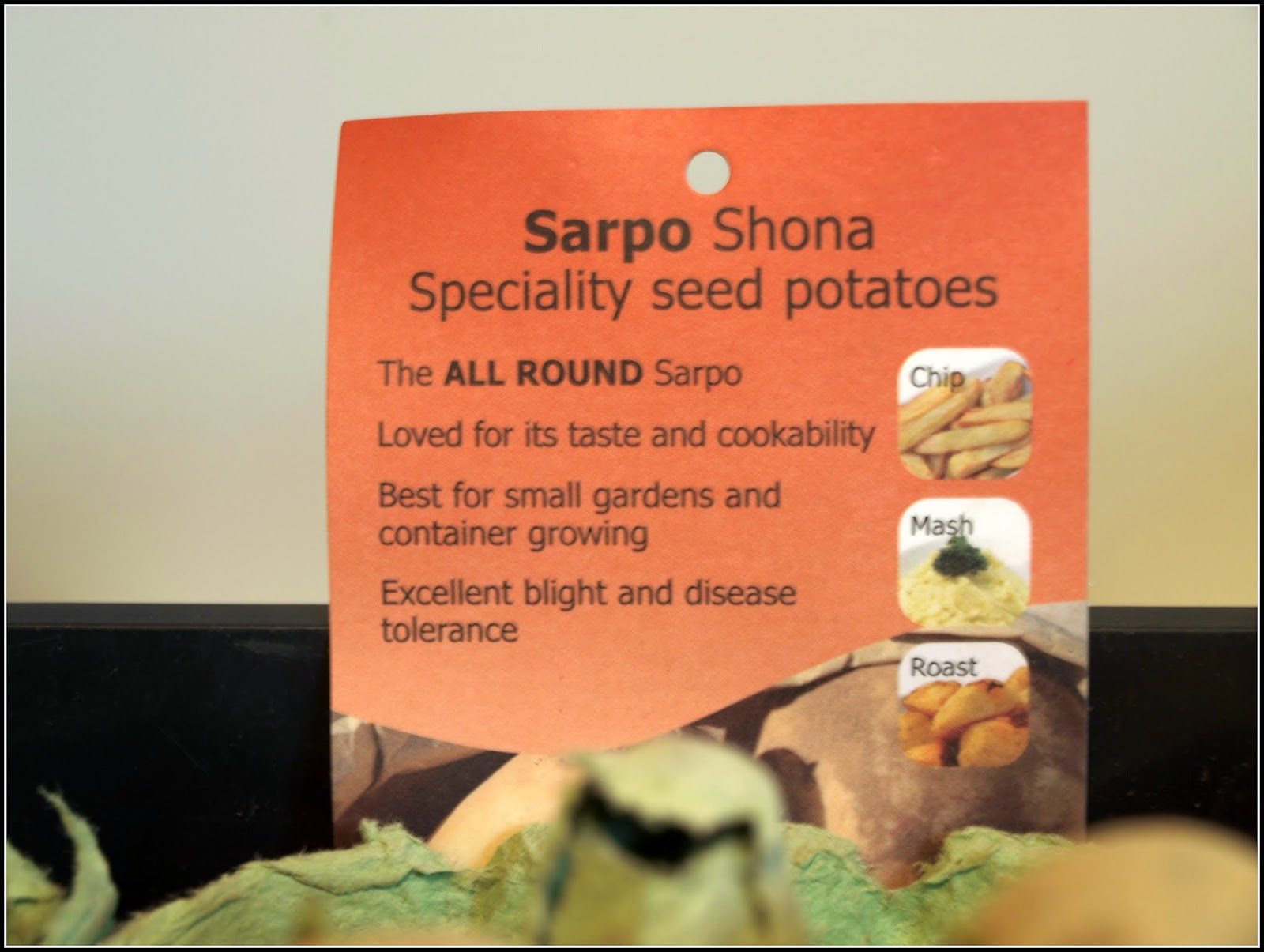 Since my other potatoes are either already planted or have been chitting since late January, these Sarpo varieties are a long way behind them, but I hope that keeping them indoors in the warmth will bring them on quickly enough. The cultural notes on the Sarvari Trust website state "Kifli is best planted early as it is a slow starter", so this is the one I will be most concerned about.

I don't normally grow Maincrop potatoes (except for "Pink Fir Apple"), because they are very vulnerable to late blight, but that is the whole point of these Sarpo potatoes - they are specifically bred for disease tolerance. Maybe these ones will enable me to extend my potato-production season? Critics say that the Sarpo potatoes have concentrated on developing blight-resistance at the expense of some of the potato's other characteristics, like taste and texture, but my trial will allow me to judge the truth of this matter for myself.

All my First Early and most of my Second Early potatoes have been planted now. The most recent to be planted were four tubers of "Balmoral". This is a Second Early variety which produces oval tubers with yellow flesh and attractively pink-splashed skin.

They have gone into these big plastic pots. They are not the massive new ones, but big ones nonetheless - ones I have used successfully before. I have covered them with wire grilles (shelves from the mini-greenhouses), held in place by heavy stones, as an attempt to stop marauding foxes from rooting around in the compost (as they do!). 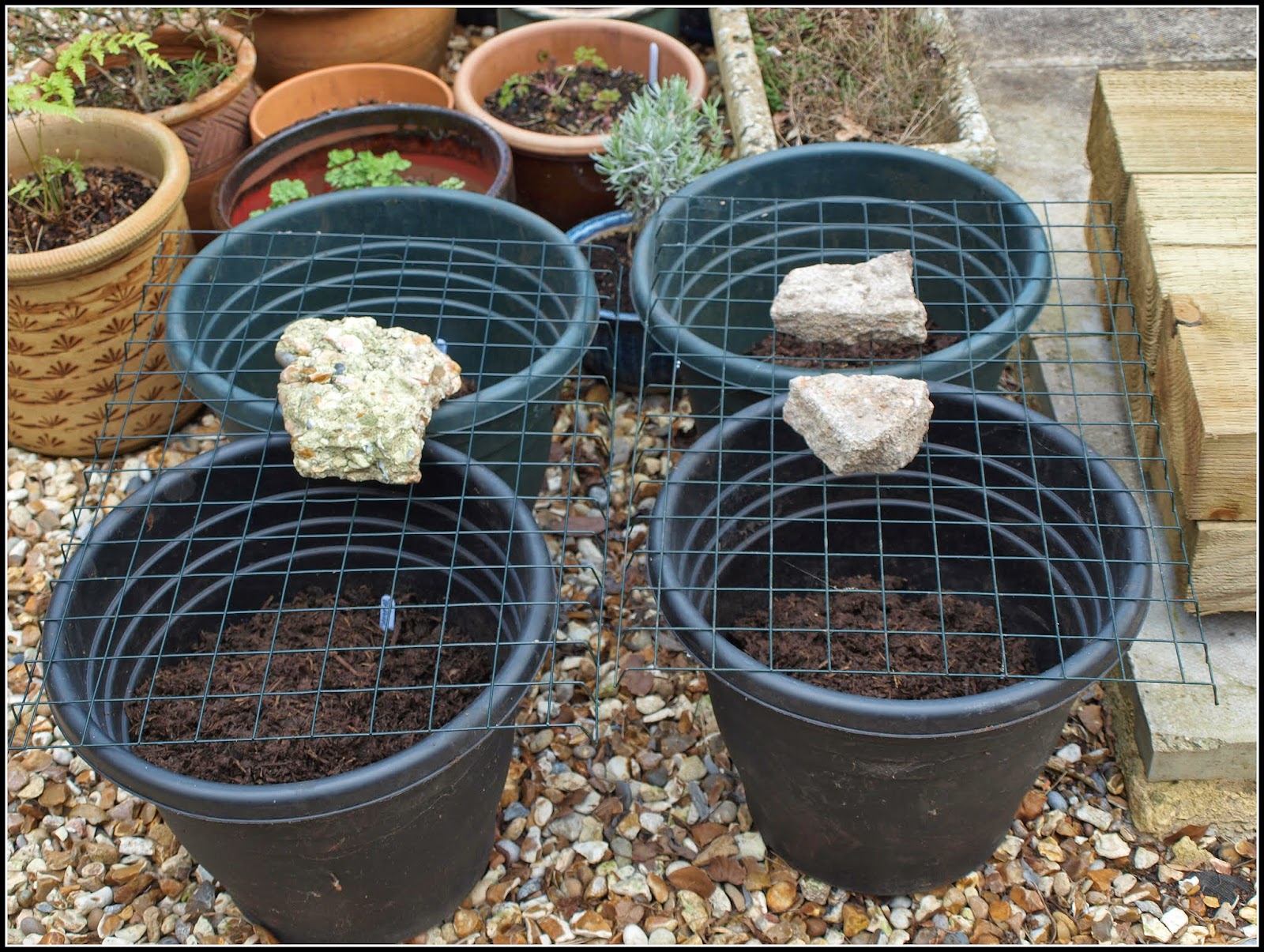 Look what you can see next to the pots - the wooden sleepers ready for my next raised bed! 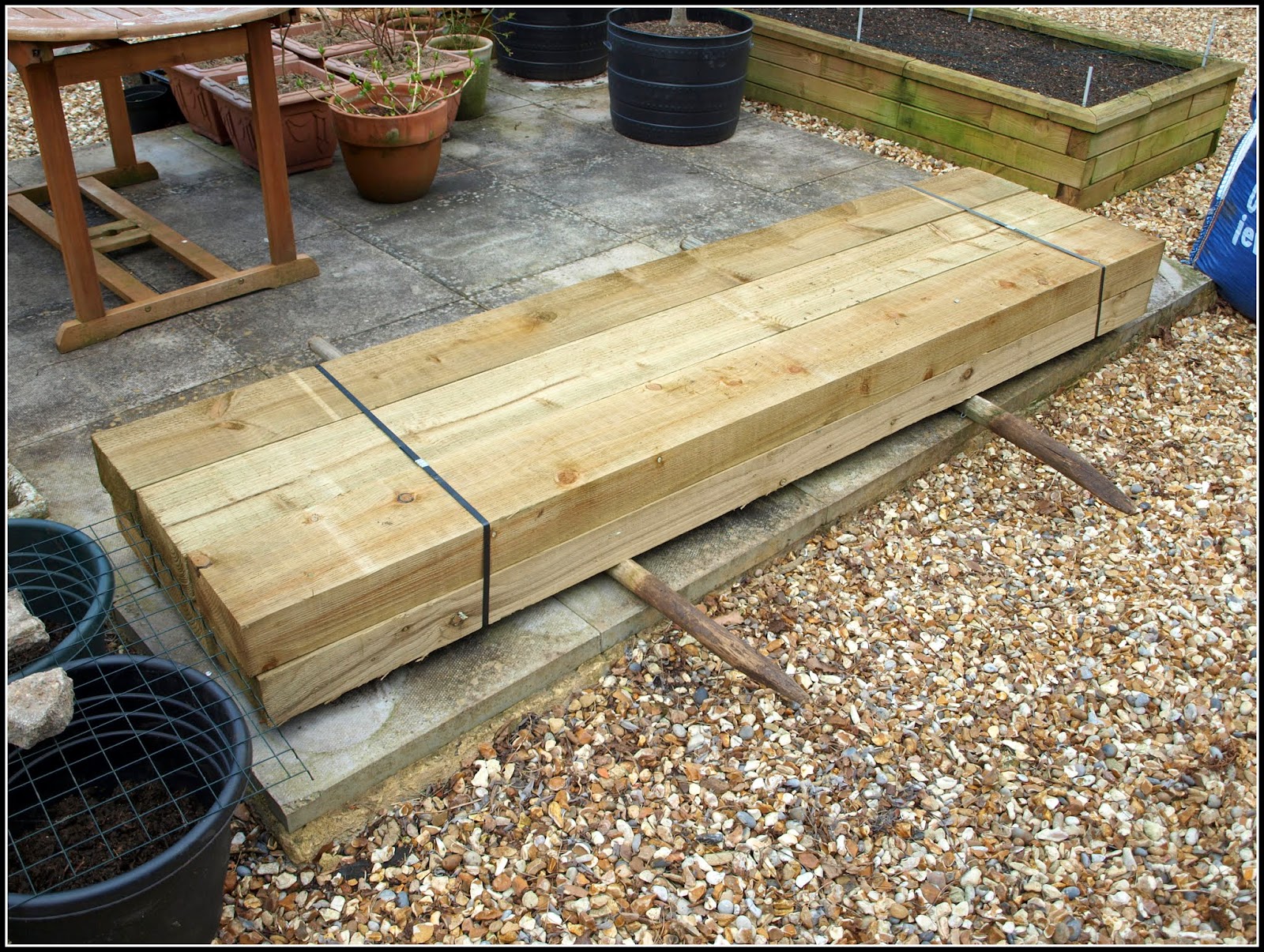 I will be building the next bed when the PSB has finished, so probably at about the end of April.

My thanks to David Shaw and the Sarvari Trust for the free samples. I will report honestly on how they perform!
Posted by Mark Willis at 12:00