I have sowed my first seeds of 2015. They are chillis. Deciding which ones to grow this time has been a very tough decision, because so many kind friends have sent me seeds. I recently counted up how many different varieties I have, and it came to 55, and that doesn't include several unidentified ones that I have "liberated" whilst on holidays abroad. 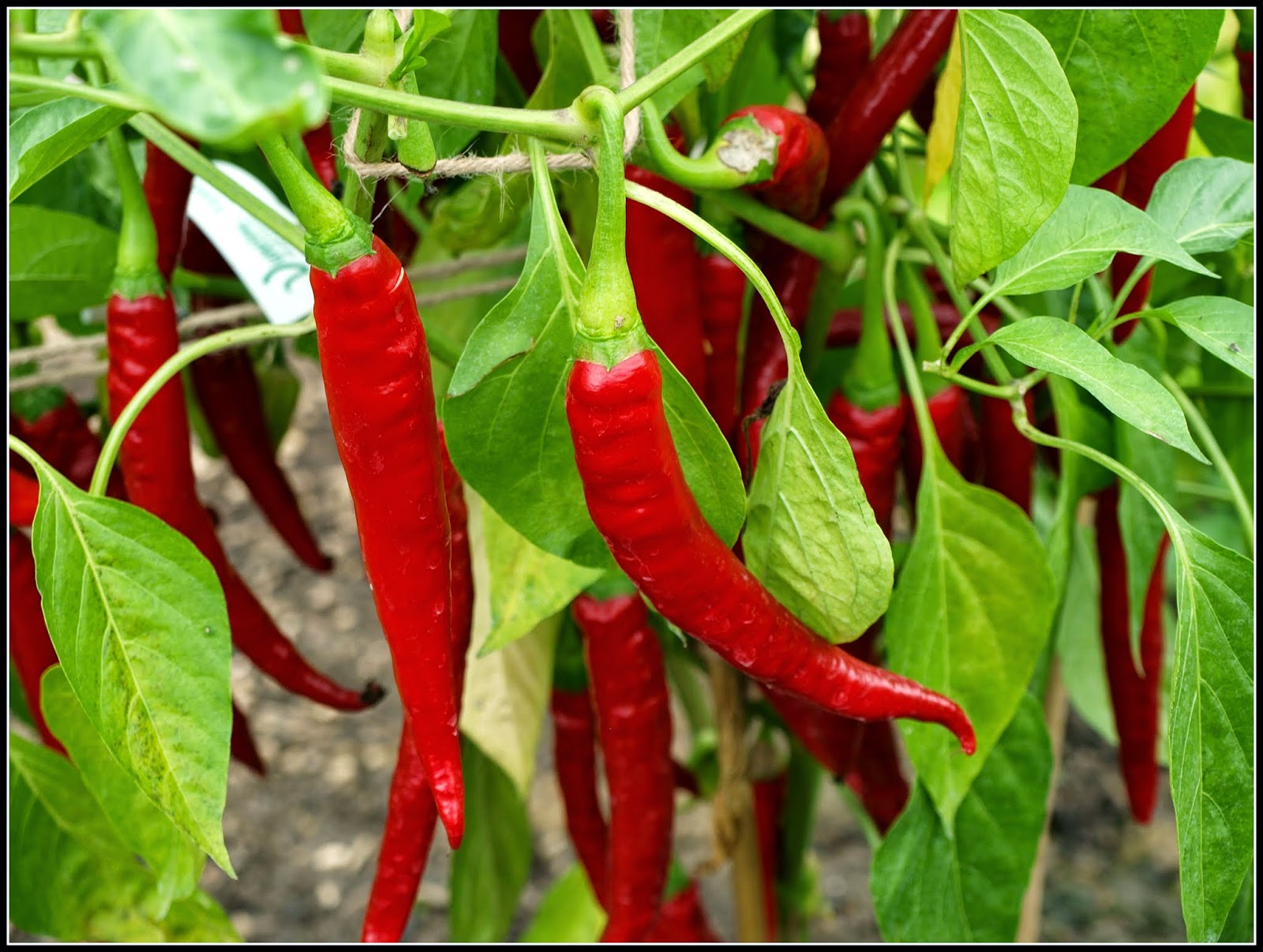 Much as I would like to grow them all, due to space limitations I have restricted myself to having 20 pots of chillis, although that includes a couple that I will be growing for a friend. I have selected a range of different ones, taking into account shape, size, colour and level of heat. Jane and I are not keen on eating the super-hot varieties, so most of mine will be relatively mild. However, I have included a few of the very hot ones "just for a laugh" as they say! Maybe I will be able to give away some of their fruits.

So, for better or for worse, this is my list:-

Many of you will know that last year a lot of my plants suffered badly from having been sown in compost contaminated with weed-killer. This year I am taking no chances, and I have sown my chillis in home-made compost - the really good stuff from right down at the bottom of my best bin. This initially presented a little difficulty, in that the compost was absolutely full of worms. My solution was to sieve it and then spread it out on an old groundsheet to let the birds pick it over. The Robins had a Field Day!

My method of sowing was to put three seeds of each type (except the Turkish ones, which are quite old) into a 3" pot of compost, and cover them lightly. 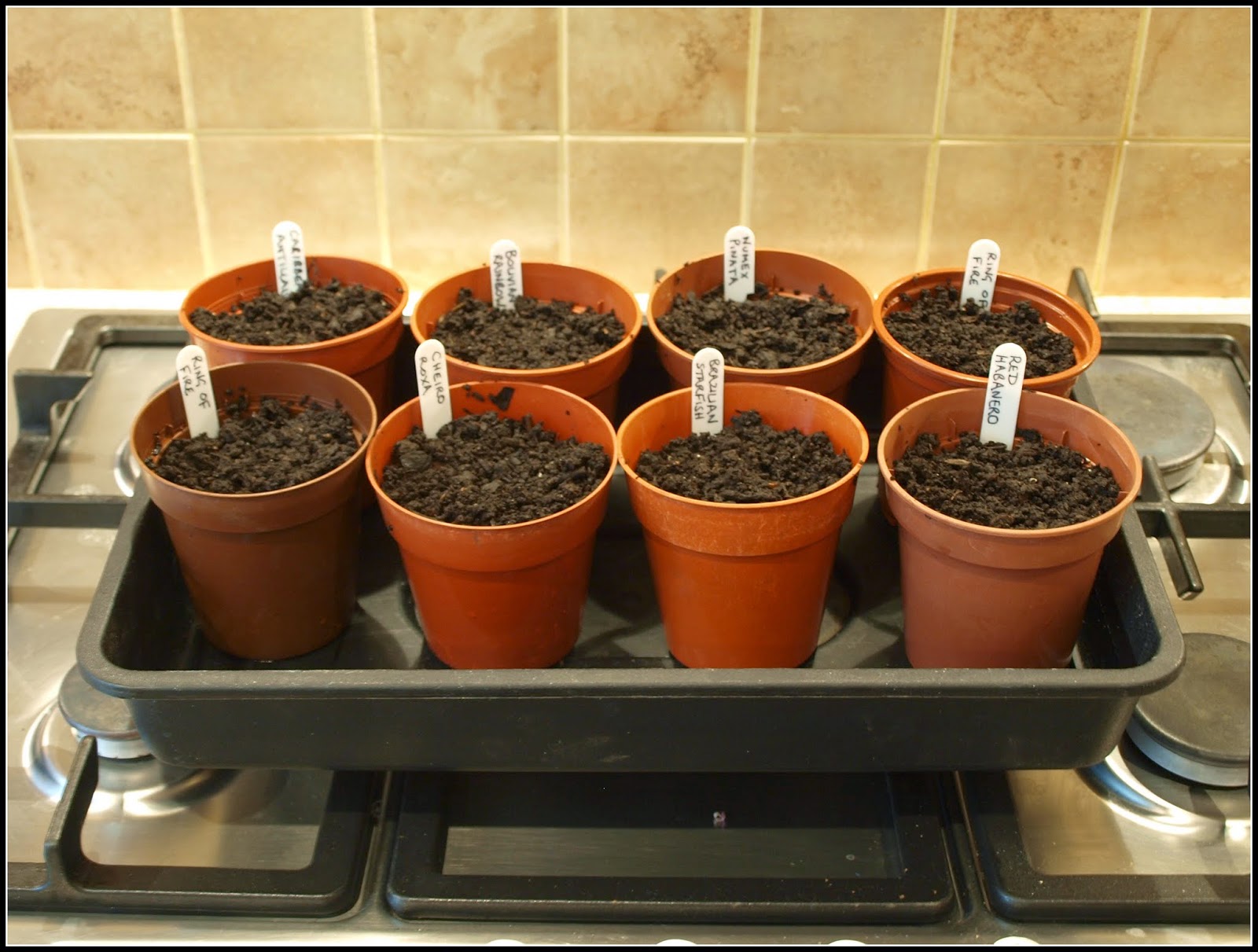 Then I put them into my Growlight House with some big plastic bags over them to increase humidity. A few lucky ones will get the added bonus of a few days in the airing-cupboard to aid germination, but there is not room for all of them. 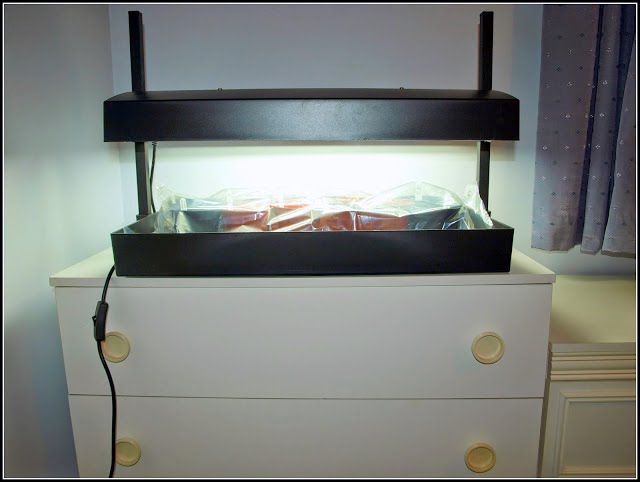 When the seeds germinate (if the seeds germinate, because this is far from certain), I will thin them, retaining only the strongest specimen. I know this is "uneconomical", but when growing such small quantities I think it is excusable.