As you know, I recently constructed that big new raised bed. Last weekend I emptied out one of my "Dalek-style" compost bins, and distributed the well-rotted material onto several of the raised beds, including the new one. 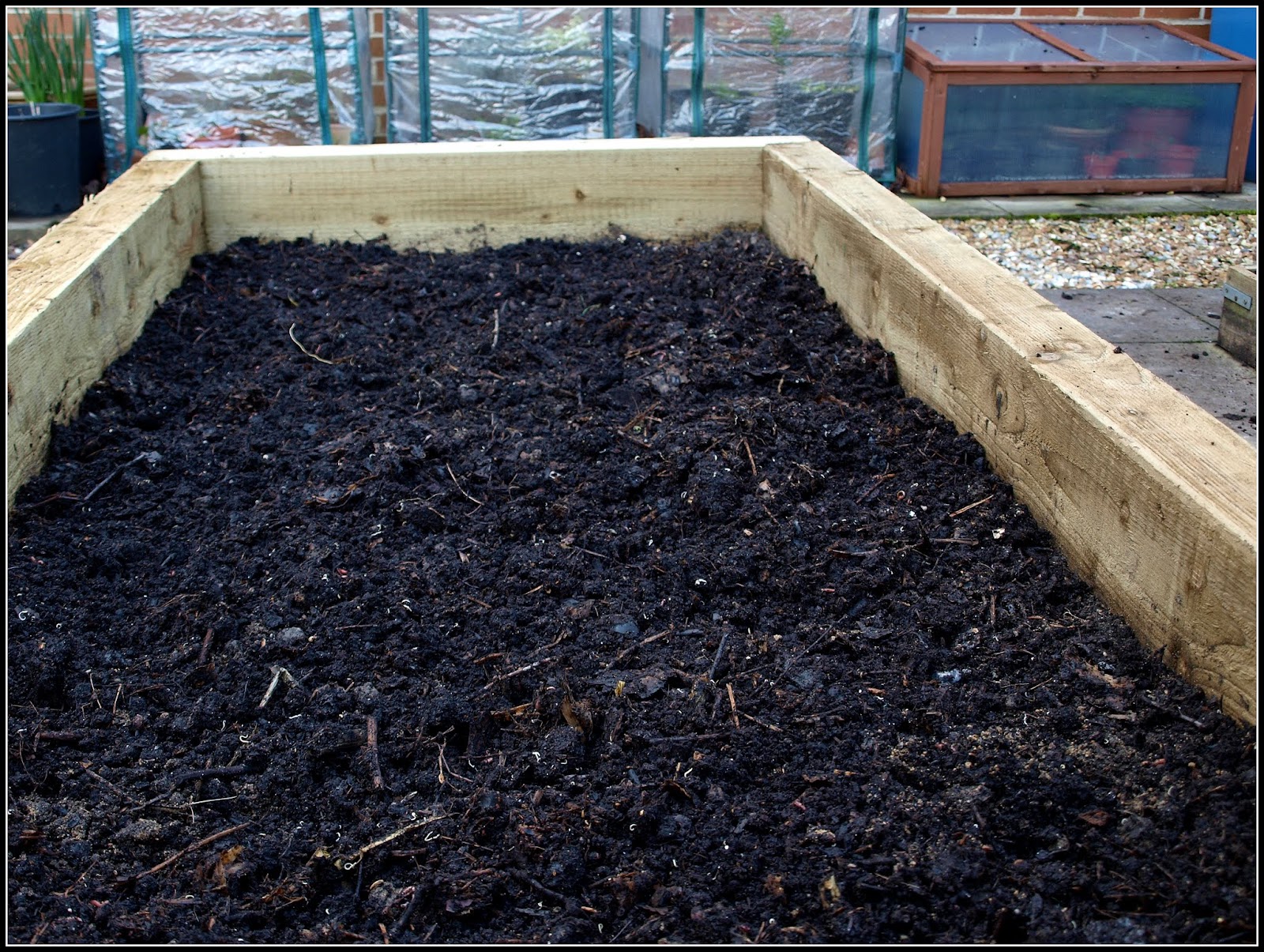 It's amazing how much material comes out of one compost bin! I was able to put a thick layer of it over three of my beds, like this: 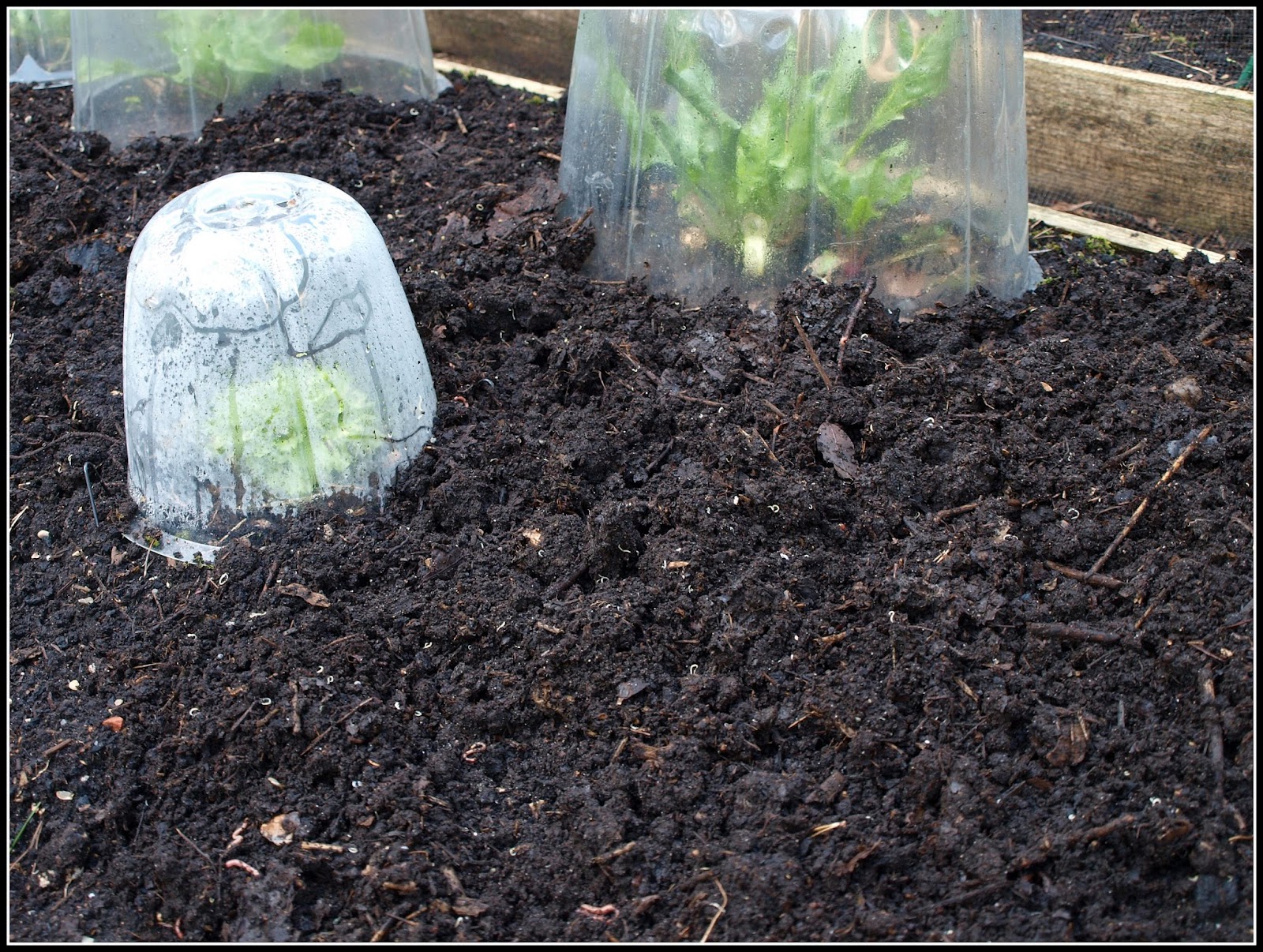 About 50% of the material in the bin was useable. The rest went back in again for next time. The compost was absolutely heaving with worms. It is they that do most of the "processing" for me.

I have another compost-bin that is ready for the same treatment, but I will probably save it for when I construct another of the new-style deep beds, which may be when the PSB has been harvested.

Talking of which.... since the PSB is so nearly ready, I have taken the precaution of draping a net over it to protect it from marauding pigeons. I really do not want to lose the stuff after all this time! I have been nurturing my PSB since last April, but a couple of pigeons could destroy it in a few minutes. 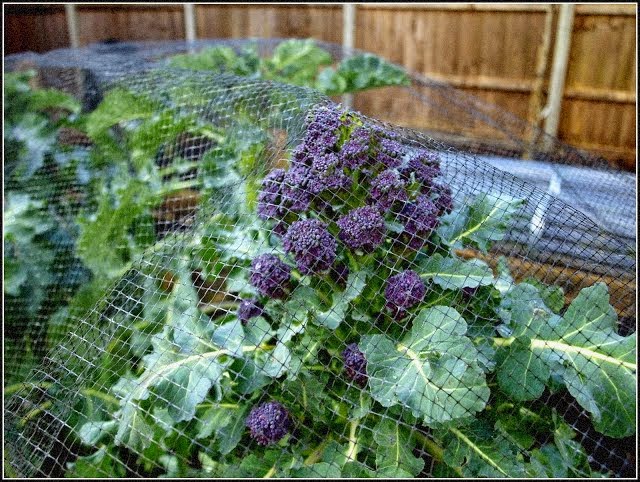 The net I have used is a very lightweight one, made of extruded plastic. It sits on top of the plants, without any posts or poles to support it. 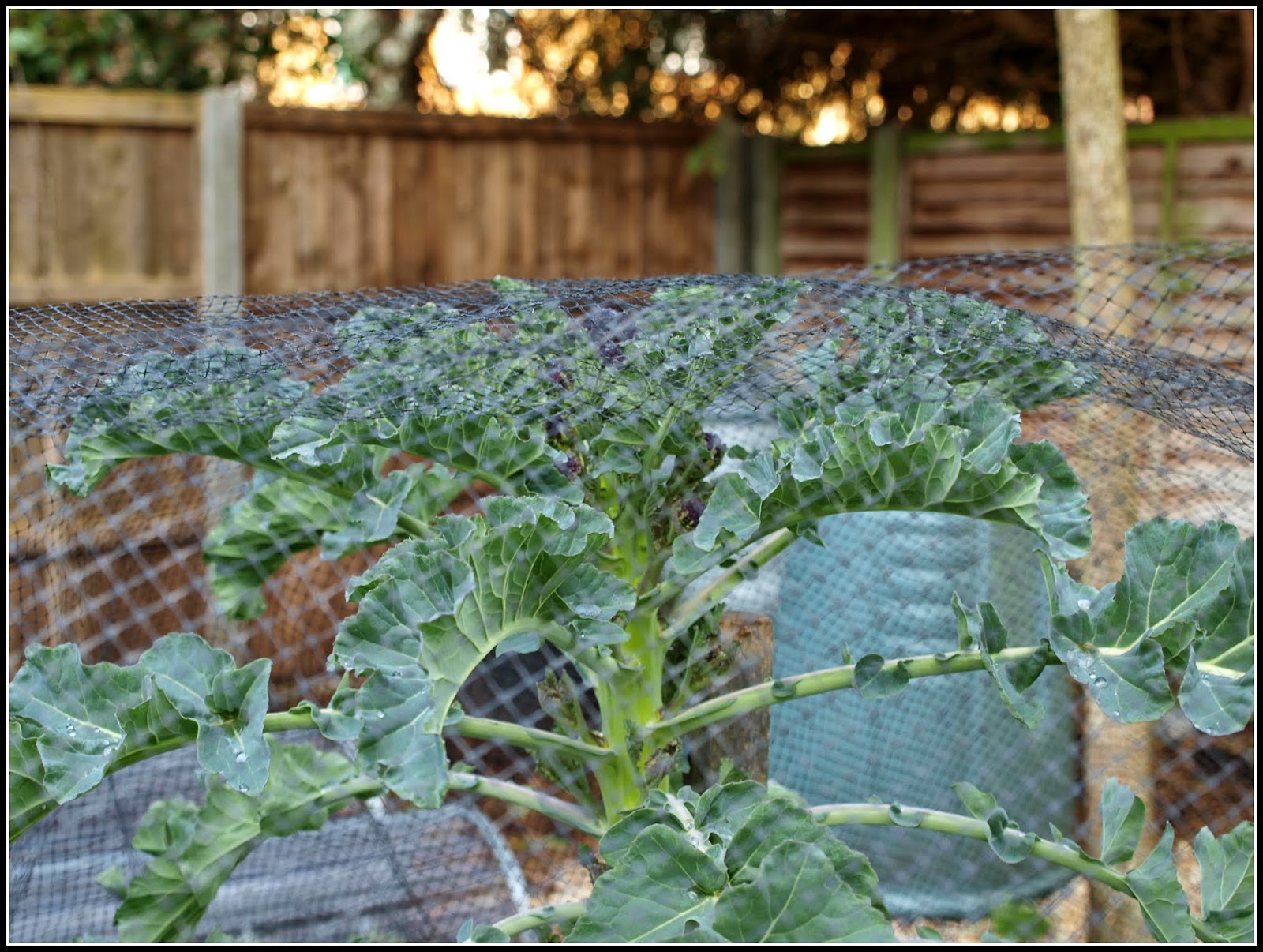 Of course there is a significant danger in this. The pigeons could just land on the net and peck the PSB through the holes, but I hope that because the net is quite slack and floppy, the birds will not be able to stand on it. To be honest, although I have grown PSB for many years I have only ever had a pigeon problem once. On that occasion the pigeons sat on the PSB plants and pecked them very severely. My pigeons tend to prefer the stale bread I put out!

Other than this, little is happening in my garden, and I am looking forward to being able to sow / plant some new things. Several of my chillis, sown last Thursday, have germinated, so that's at least a start.

********************************************************************************
My post today is quite brief, because I accidentally posted twice yesterday, and haven't had a chance to produce anything much since. This is not the first time this has happened, is it? Because I am a Lecturer, delivering normally 3-day training courses in various places around the country, I seldom have much opportunity during the week to draft any posts, and I generally do a batch of them at the weekend, for posting daily via the auto-scheduler. I sometimes change the order of them, according to the availability of photos, etc, and occasionally I get the dates wrong! In my defence, I cite the fact that this week I have had to devote about three and a half hours per day to travelling, and have been feeling really exhausted. Getting anywhere by car these days is a real challenge.
Posted by Mark Willis at 12:00