The term "Hungry Gap" is the one applied to the period in Late Winter / Early Spring when the Winter vegetables and food stored in the preceding year have been used up, and before anything fresh and new is available. In present times this is not much of an issue for most people - they just pop out to the shops and buy whatever they want - but in the past it was a very big issue, and the reason why many people developed skills with preserving food. Before the advent of the freezer, some things were dried (such as peas and beans); some things were salted (Runner Beans for instance); some were bottled (fruit), some were pickled (onions, gherkins, chutneys); some were preserved in sand (beetroot, carrots), some were just cleaned up and kept in sacks (potatoes). The thing that was missing was fresh food! What a joy it must have been to eat those first few leaves of Spring-grown spinach, those bright green leaves of resurgent Swiss Chard, or those succulent spears of asparagus!

My garden is definitely in the Hungry Gap now. We are down to the last few Brussels Sprouts (the tiny ones at the top of the plants); even the cabbage-like Tops look less appetising now that the frost has blackened the edges of many of their leaves. 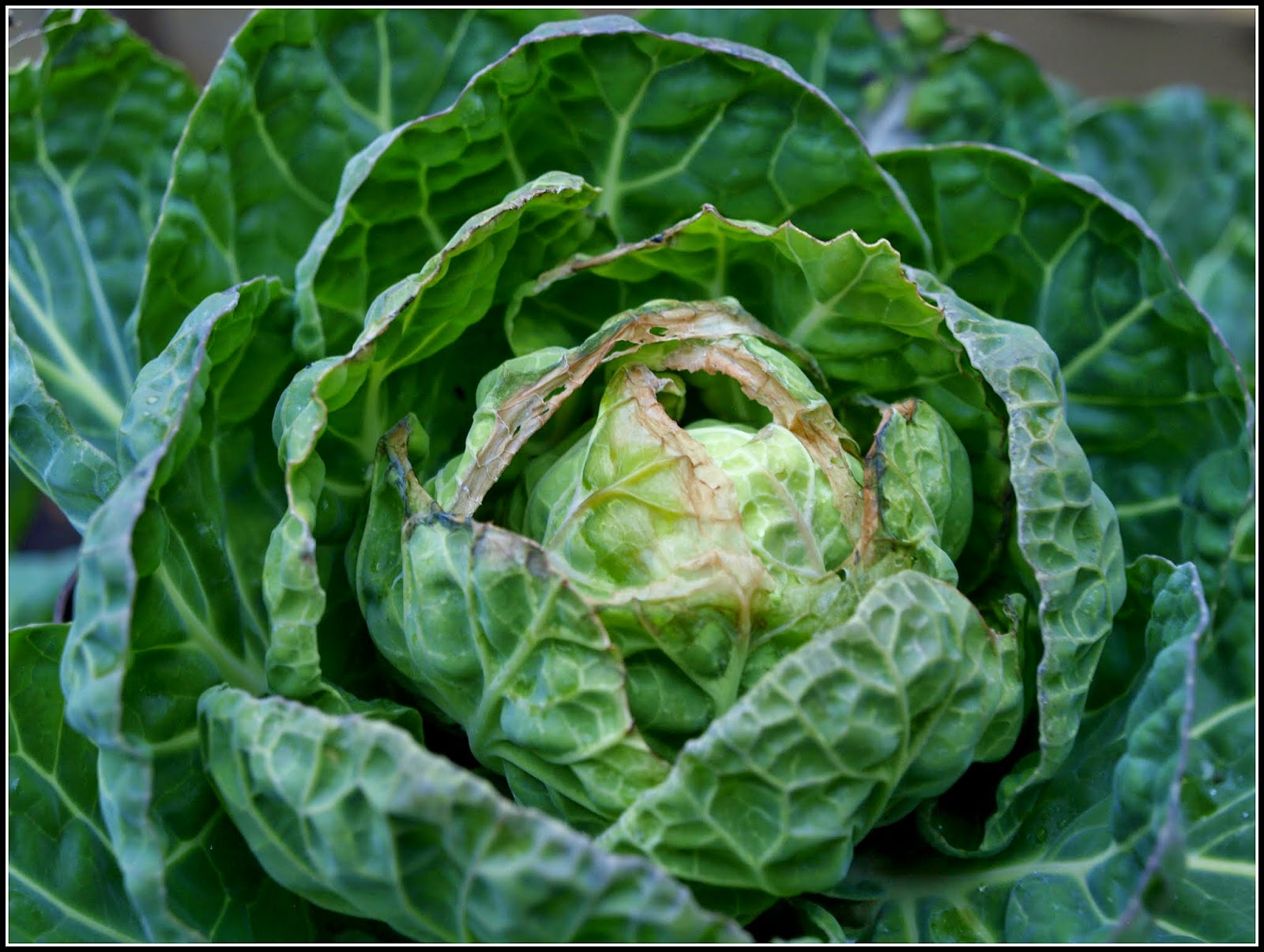 This has been a good crop though, and I have no grounds for complaint. It's just that they can't go on for ever.


The last four remaining Leeks look a bit forlorn, standing isolated in the space where formerly stood many of their brethren: 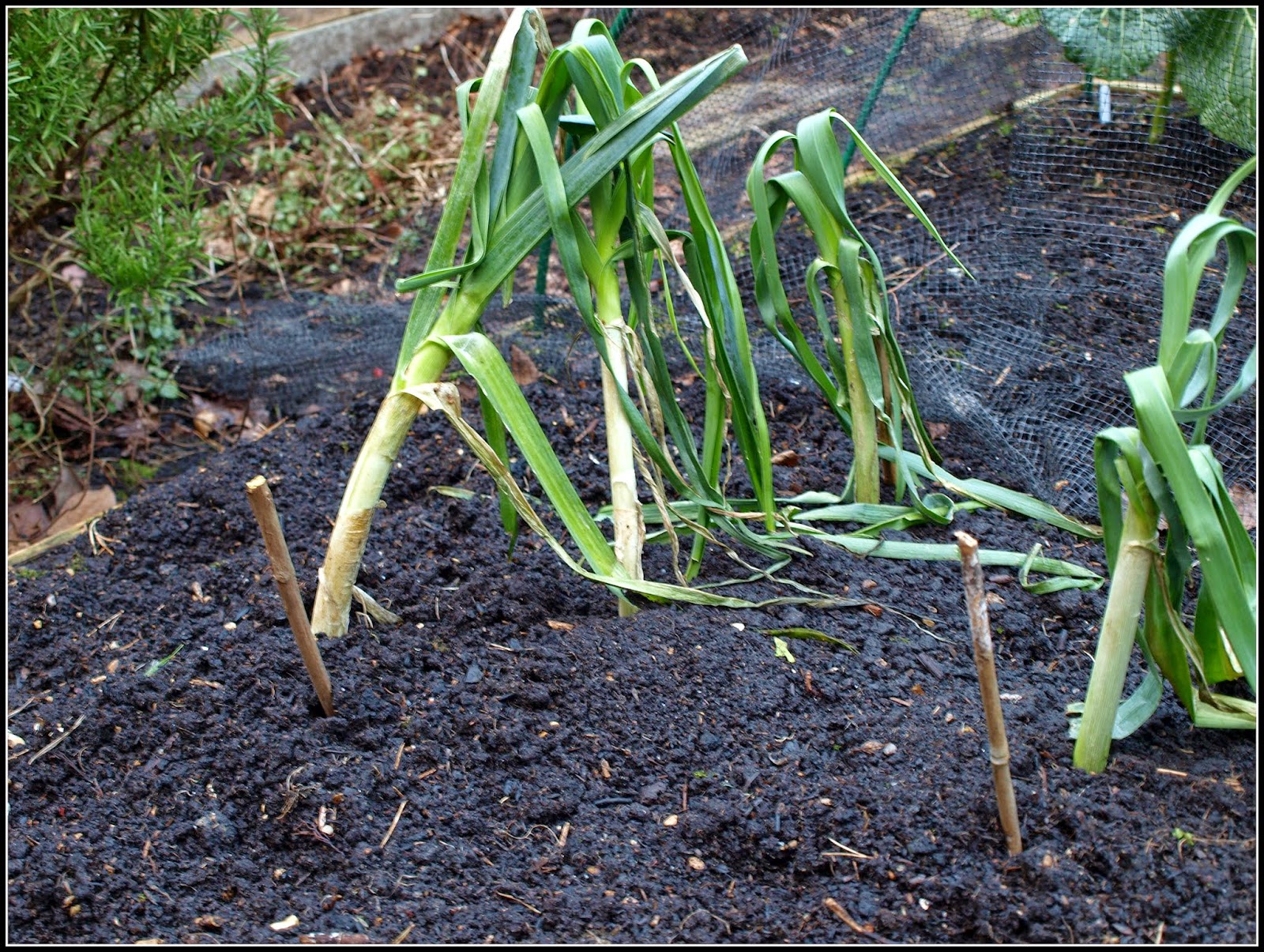 2014 was generally a bad year for Leeks, I think. Lots of fellow gardeners have said the same. In normal years, Leeks are a mainstay of the Winter garden, lasting well into the Spring, but not this year I suspect.

The first of my Purple Sprouting Broccoli is nearly ready to cut, but not quite. There's the problem, you see.

PSB is a vegetable that has been the subject of intensive development in recent years, resulting in new varieties which mature much earlier than ever before, so broccoli in various forms can now be harvested throughout the year, contributing significantly to the narrowing of the Hungry Gap.

I do also have four little cabbages in the garden. They are ones I planted very late last Summer, not really expecting them to do much. I suspect that they will never heart-up, but there is always the option of eating them as Spring Greens. I imagine that in times gone by veg such as this would have been welcomed with open arms! 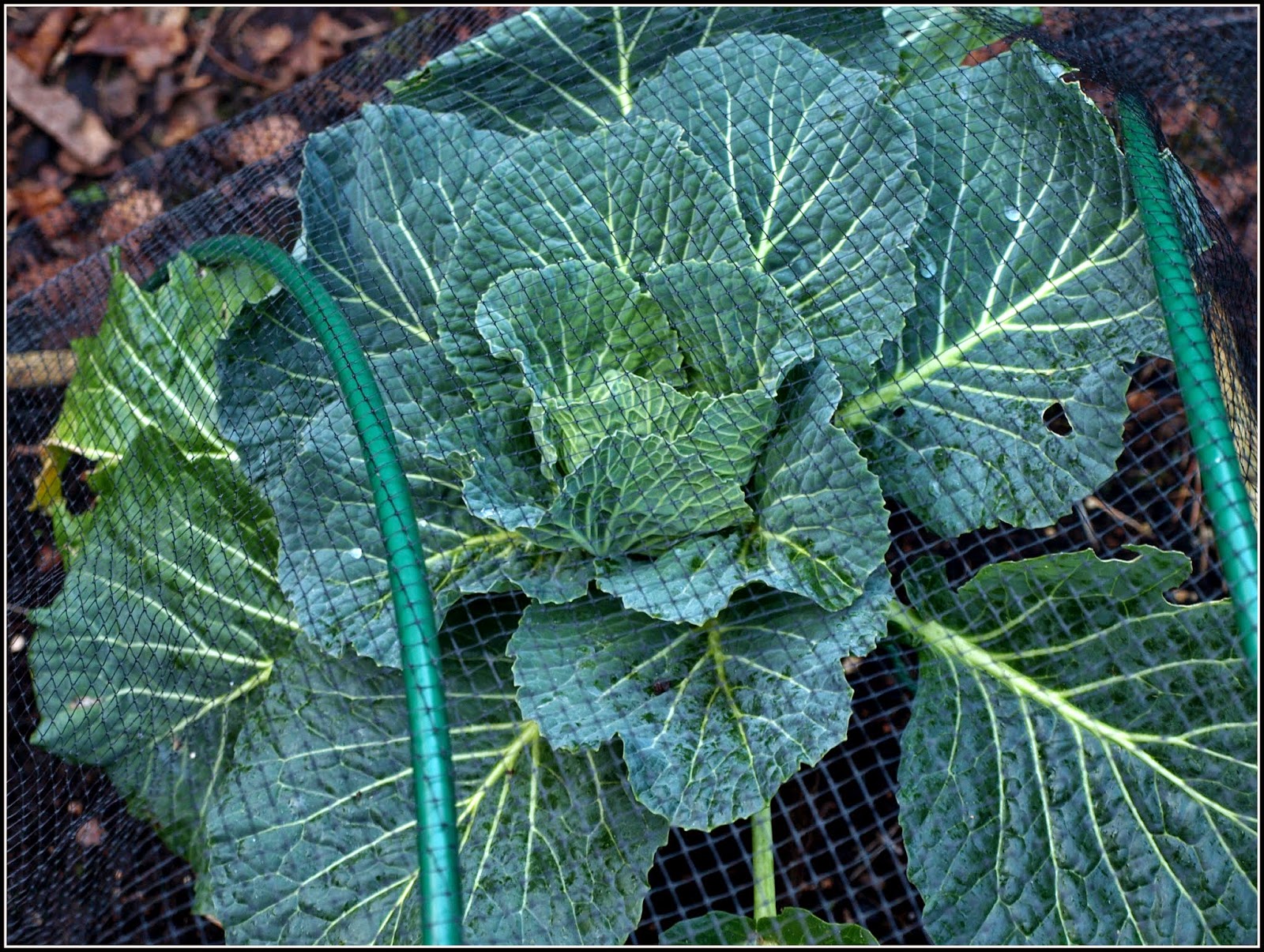 The Perpetual Spinach plants are responding well to their cloche protection. You may recall that these are volunteers which came up amongst the Beetroot last Summer.  To me this is a good example of the archetypical Hungry Gap plant. Having cropped during the late Summer they are left in the ground over Winter and then in the Spring they send up new leaves, prior to flowering in this their second year.

Those first few tiny green leaves presage the end of the lean months and give hope for bounteous crops from plants still unsown!
Posted by Mark Willis at 12:00