This past year has been my best ever for Parsnips. 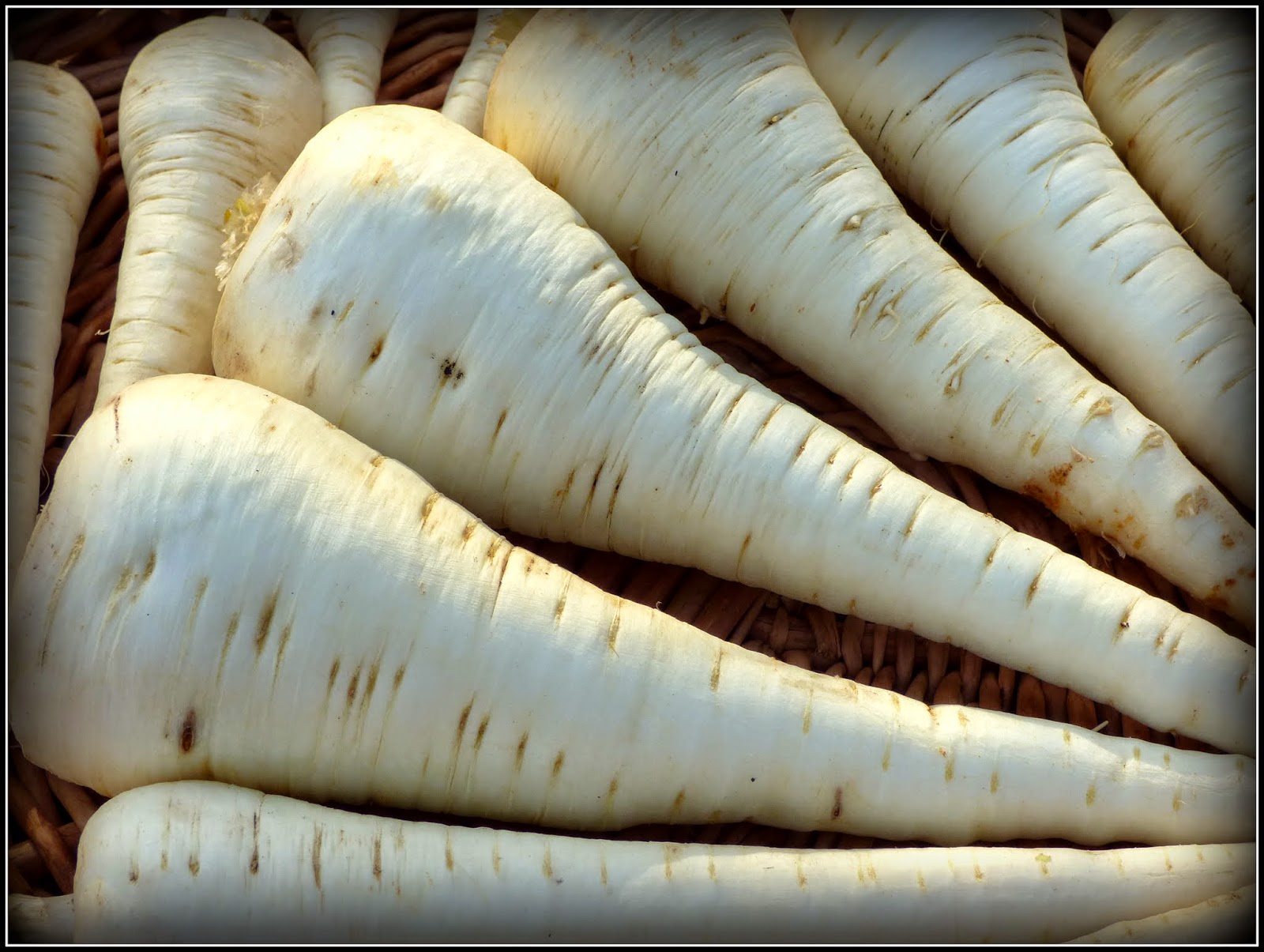 In the past my Parsnips have generally been OK but unremarkable. This year I grew them in my Woodblocx raised bed, which is 45cm deep. I also went to a lot of trouble with preparing the bed: it already had a lot of home-made compost in it, and almost no stones, but I think the thing that made the most difference was adding some sand, which has produced a growing medium with a texture ideal for Parsnips and Carrots.

I have also, over the years, tried many different types of Parsnip such as "White Gem", "Gladiator", "Tender and True", "Javelin" etc, and never really felt that there was much difference between them. This year I have grown "Guernsey Half-long" and "Duchess". Both varieties have done well, growing long and straight with few blemishes, but "Duchess" has been exceptional. Whether this is because of the state of the growing-site or just that it is a good variety, I cannot be absolutely sure, but the fact is that my Parsnips have been fantastic!

Last weekend I went out ostensibly to clear the bed and get it ready for the new season. Almost all the vegetation had long since disappeared but I knew there were a few Parsnips left. I had expected them to be just a few little "tiddlers" like this: 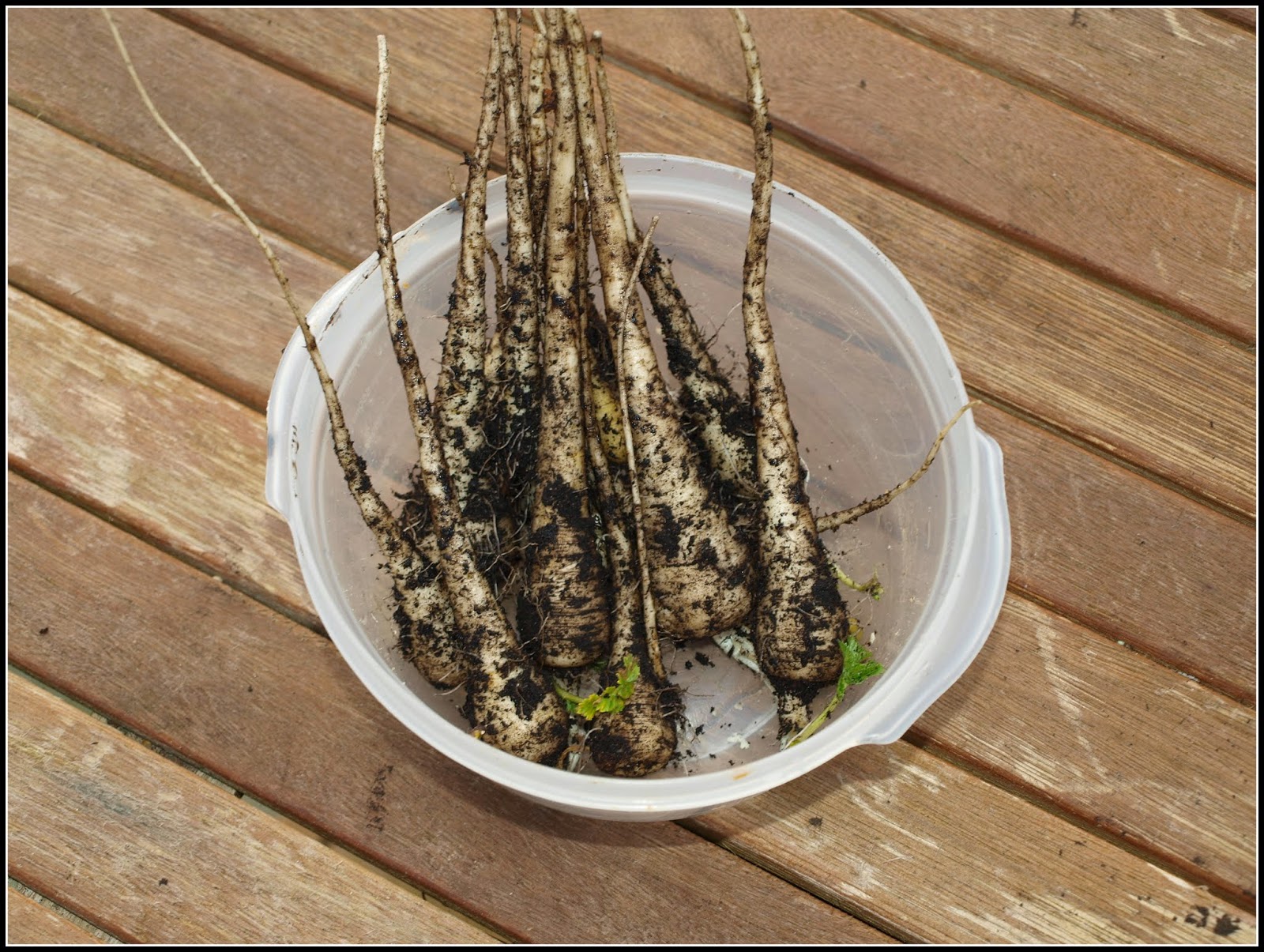 But once I started digging I realised that I had under-estimated by a long way. This is what I found: 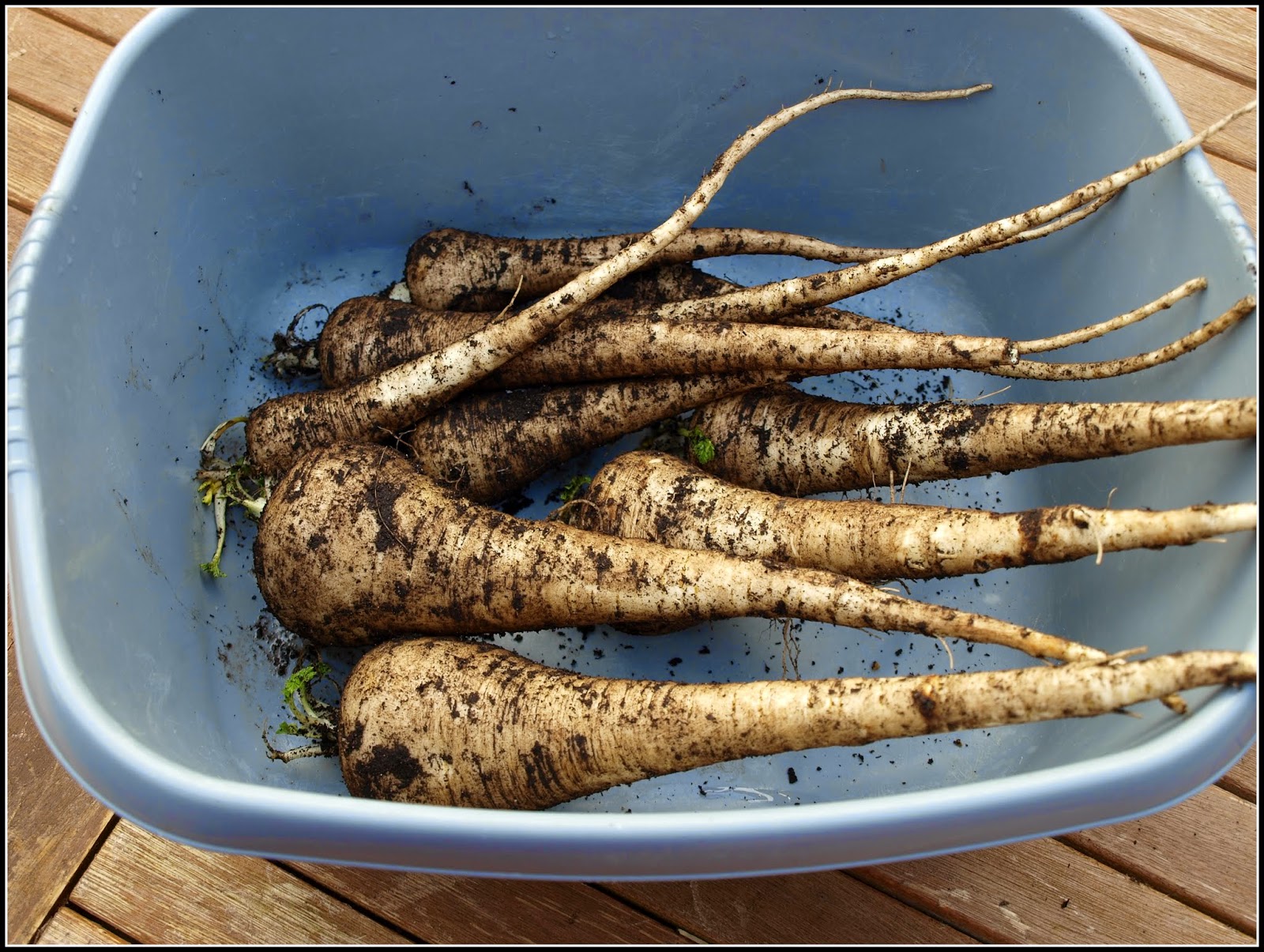 Just to put things into perspective, look at the two batches side-by-side: 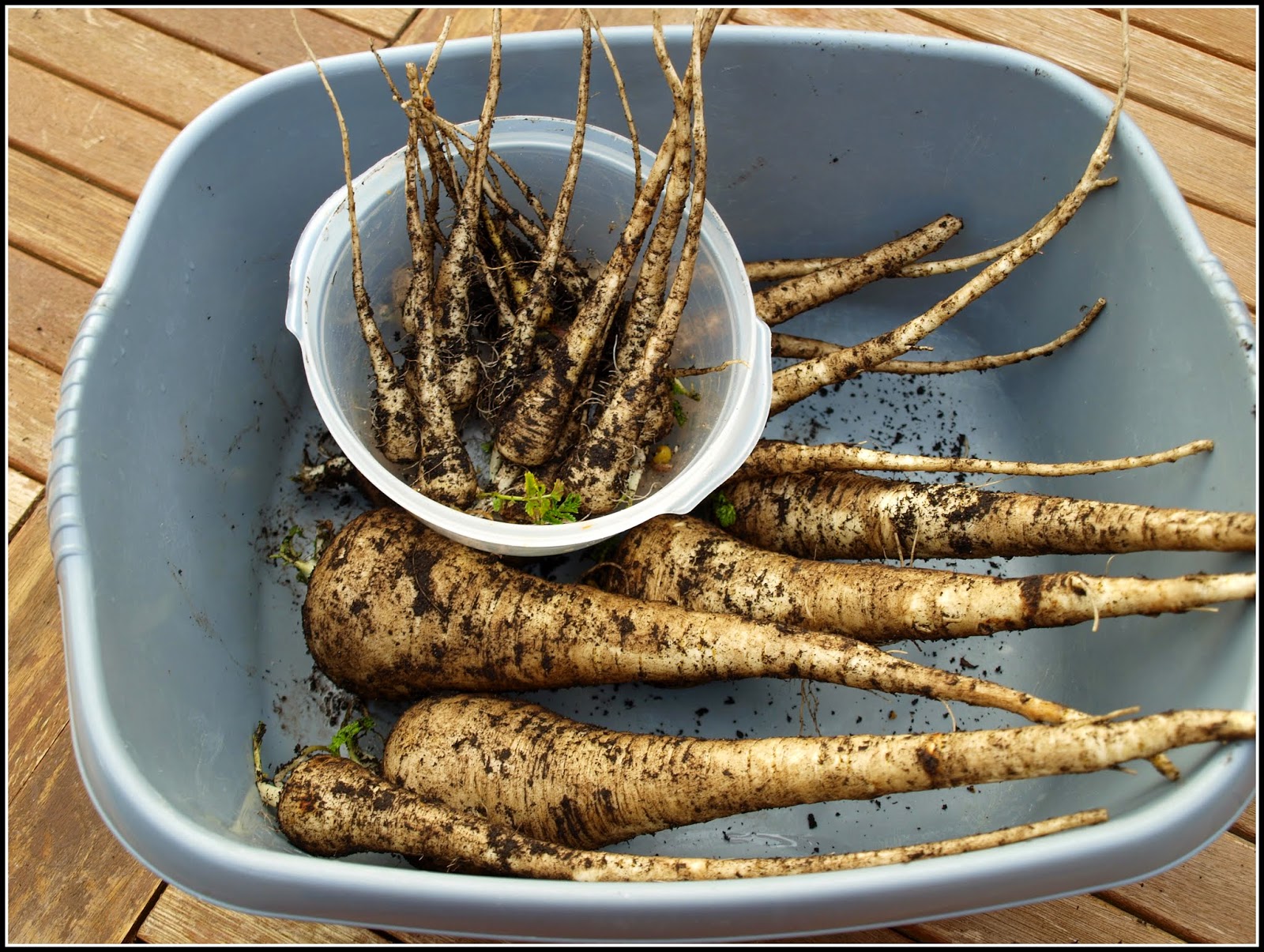 After doing about half of the bed I stopped digging, because I had already unearthed more Parsnips than we could immediately use. It was about 1.2kgs.

Some of the Parsnips were real beauties - long, straight and clean: 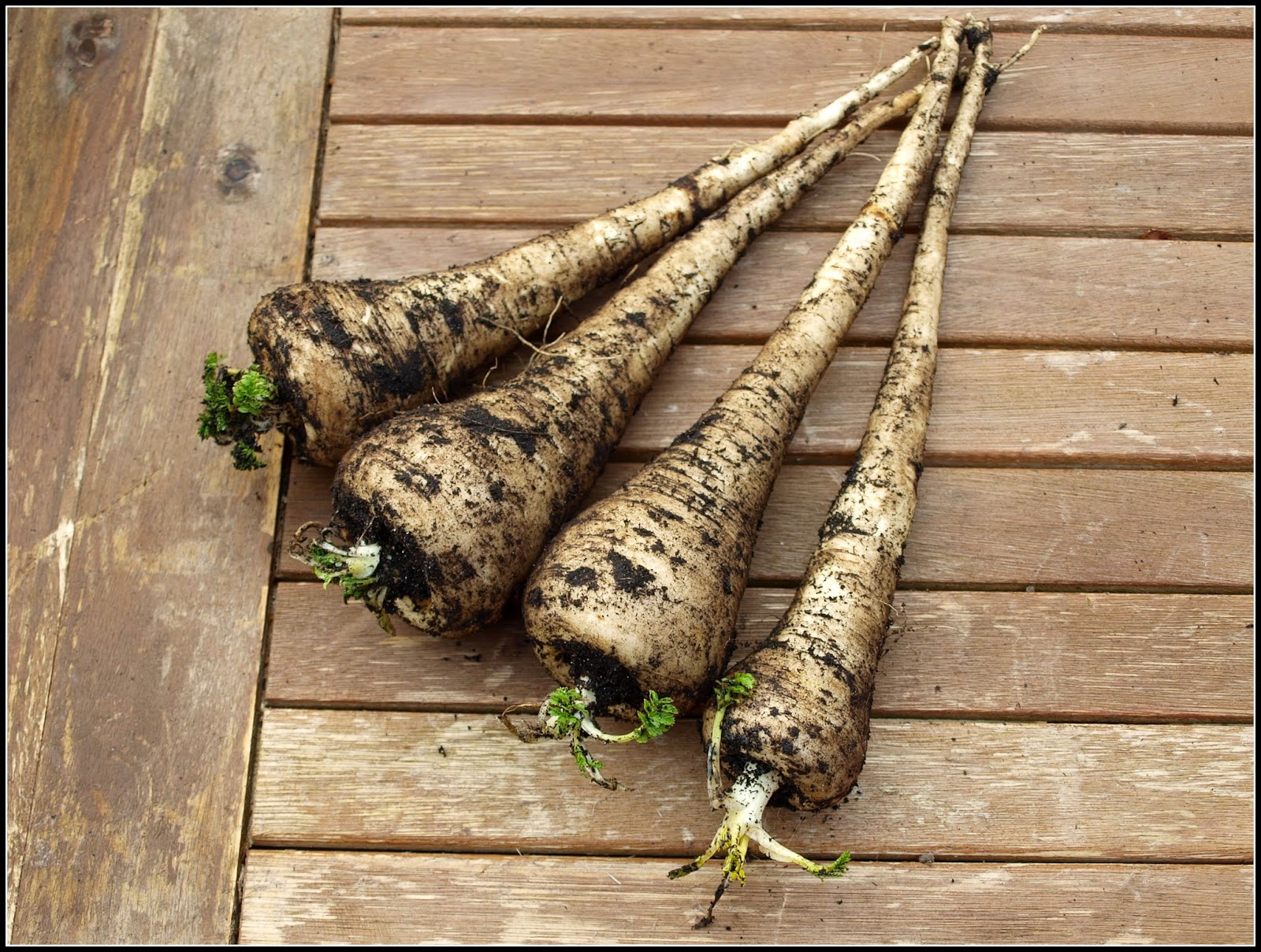 You know me, I never miss a photo-opportunity, so here they are after scrubbing: (notice that I kept even many of the tiddlers!) 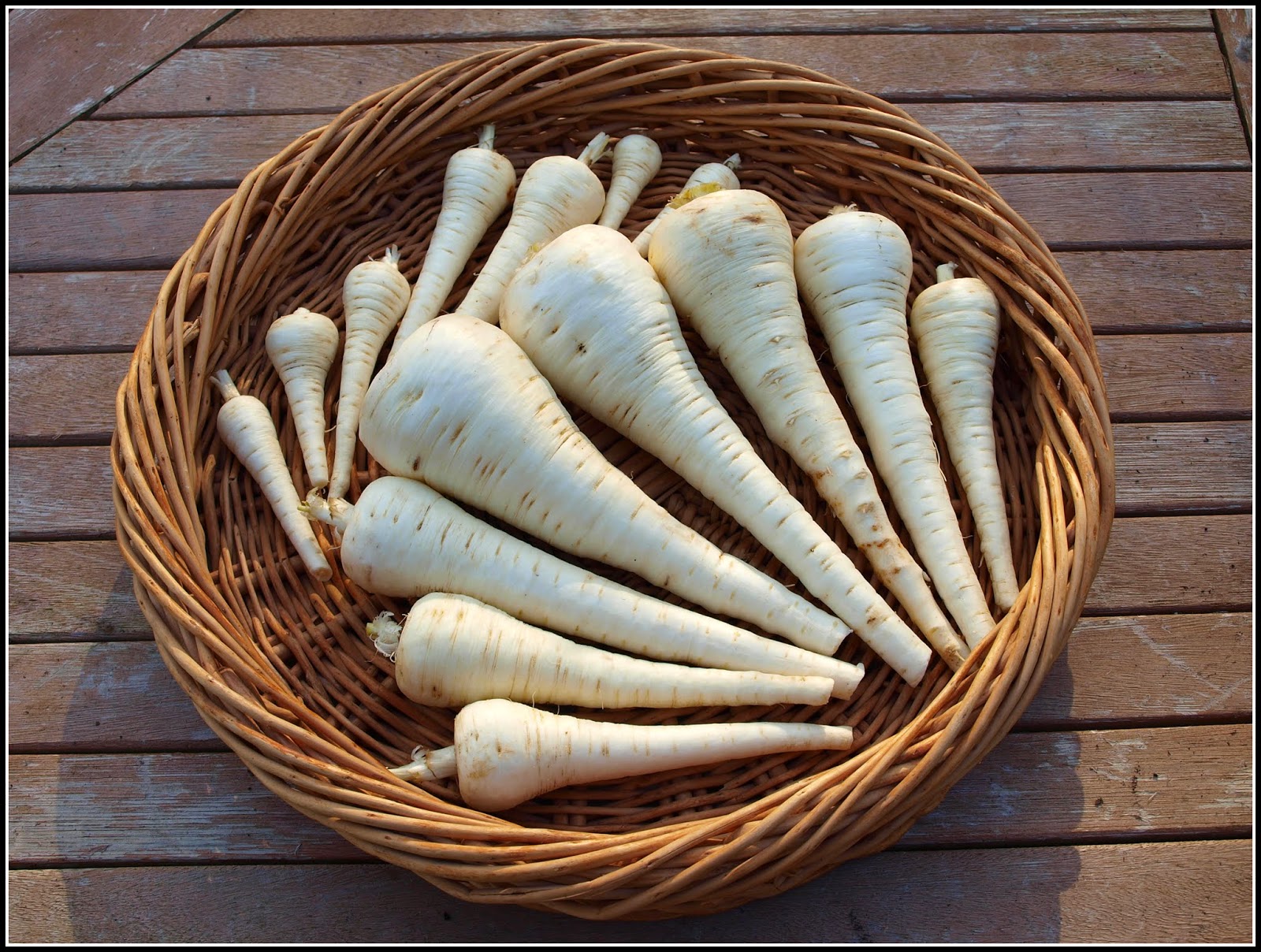 I am really pleased with the condition of these roots. Only one of them had any canker damage, and that was minor and superficial. 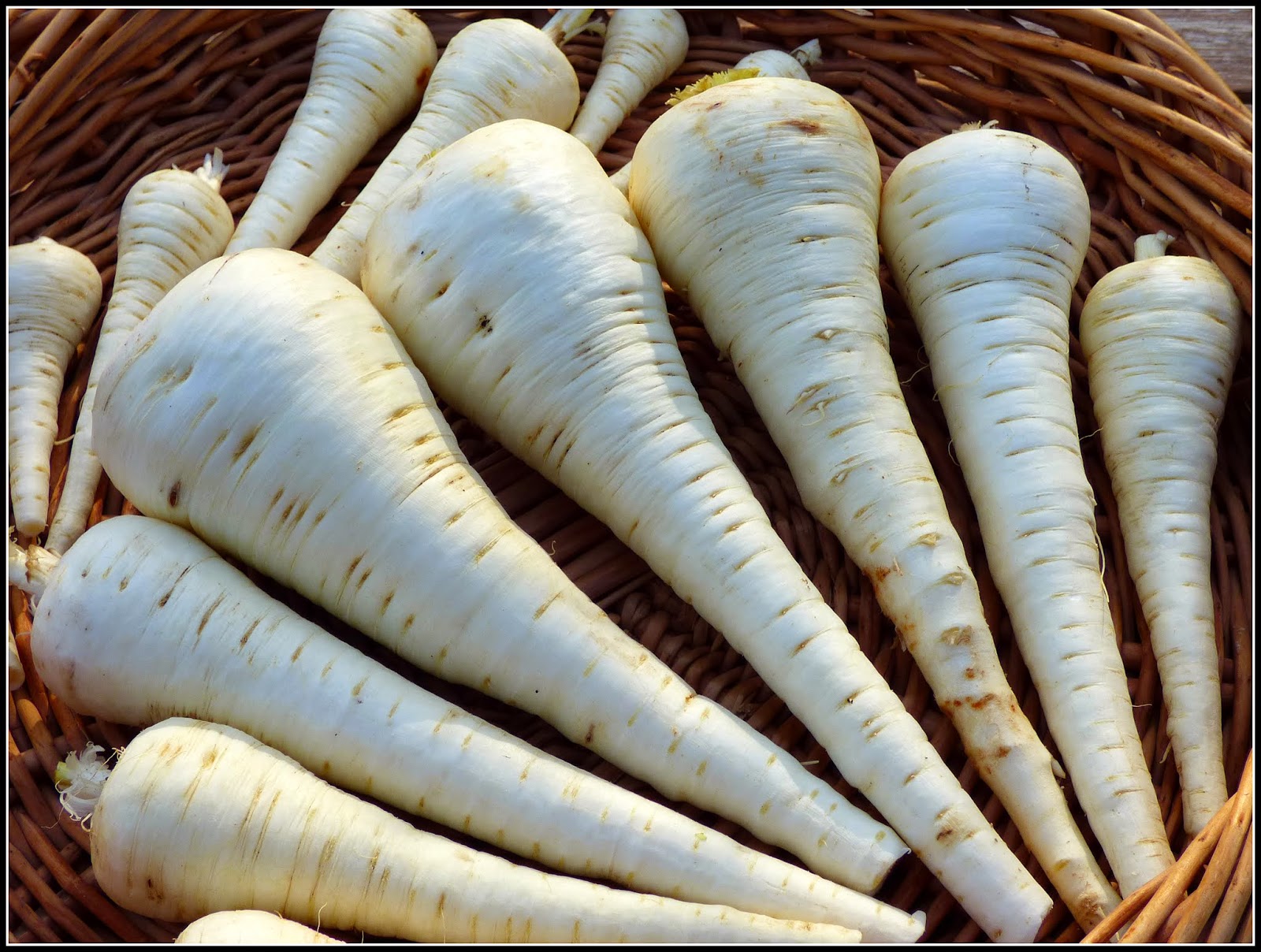 I think sand may be the key ingredient, so I now aim to add sand to my new raised bed as well, because I am planning to use it this year for growing Carrots.

The other day Daphne commented that since the timber of my new raised bed was very wide I would be able to "perch" on it. Mindful of this, I have found another use for the sleepers - as a photography platform! 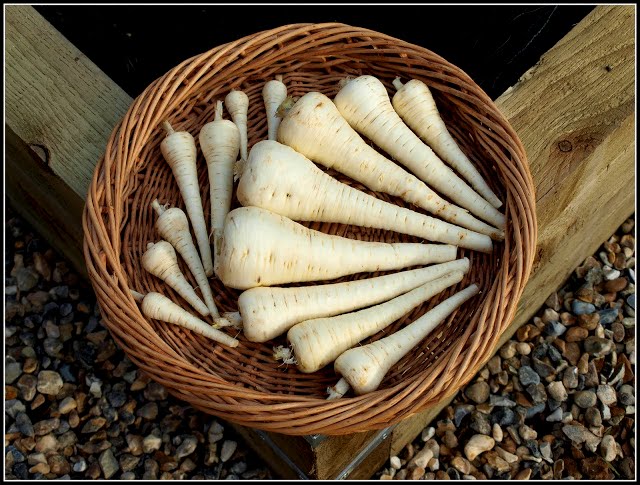 Note: The Parsnip is a biennial plant. In other words it spends its first year storing energy in its swollen root, and in the second year it uses the energy to produce a flower, and subsequently seeds. The foliage dies down at the end of the first year, so if you are going to harvest them just be aware that Parsnips may be hard to locate. It might be a good idea to put in some sticks or something to mark the row(s). Don't leave the roots too long though. Once they start to produce their second year's growth they are past their best.
Posted by Mark Willis at 12:00