Now that the weather has improved a bit, I have made a start on my raised bed project. On Friday it was cold, bright and sunny, but dry, so the conditions were ideal for a bit of Garden Engineering!

Actually, the task is not quite as simple as you might think. Because I am using those really thick sleepers, I will eventually need to move the whole set of raised beds slightly. Doing this first one entails shifting its furthest edge by 60cm. I spent the morning lifting and removing paving-slabs and the cement that was supporting them, and then shovelling sideways the contents of the existing bed. 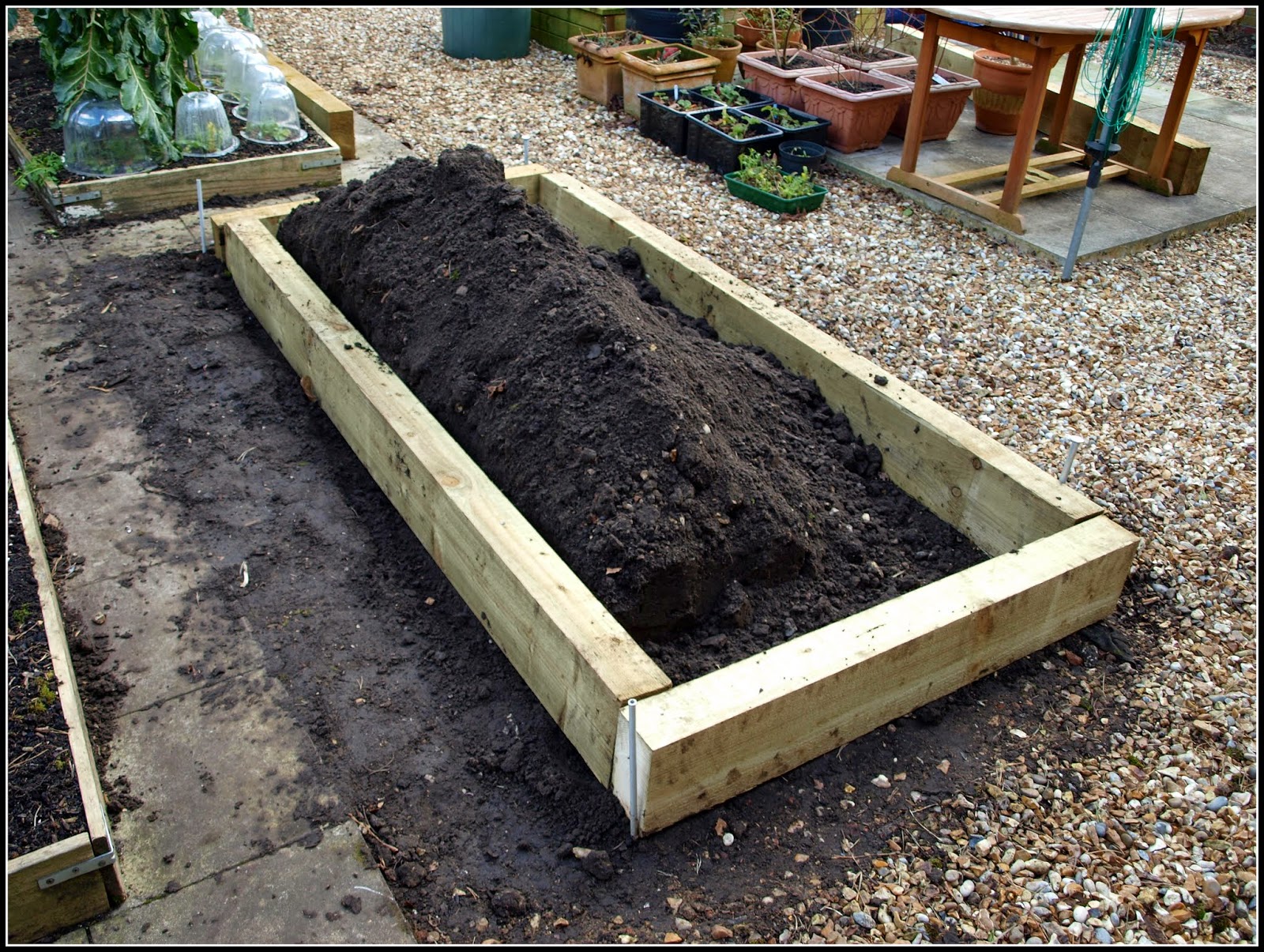 As you can see, I have laid the first layer of timber roughly in place, and I will do the final adjustments some other time. I will be fixing the pieces together with 6" angle-brackets. By the way, sawing two of the 2.4 m sleepers in to halves to make the end-pieces turned out not to be as major a task as I had feared. Luckily I have a very efficient saw, which went through them fairly easily.

In the photo below you can see that I have brought the near edge forward by the width of one paving-slab (40cm) plus 20cm. 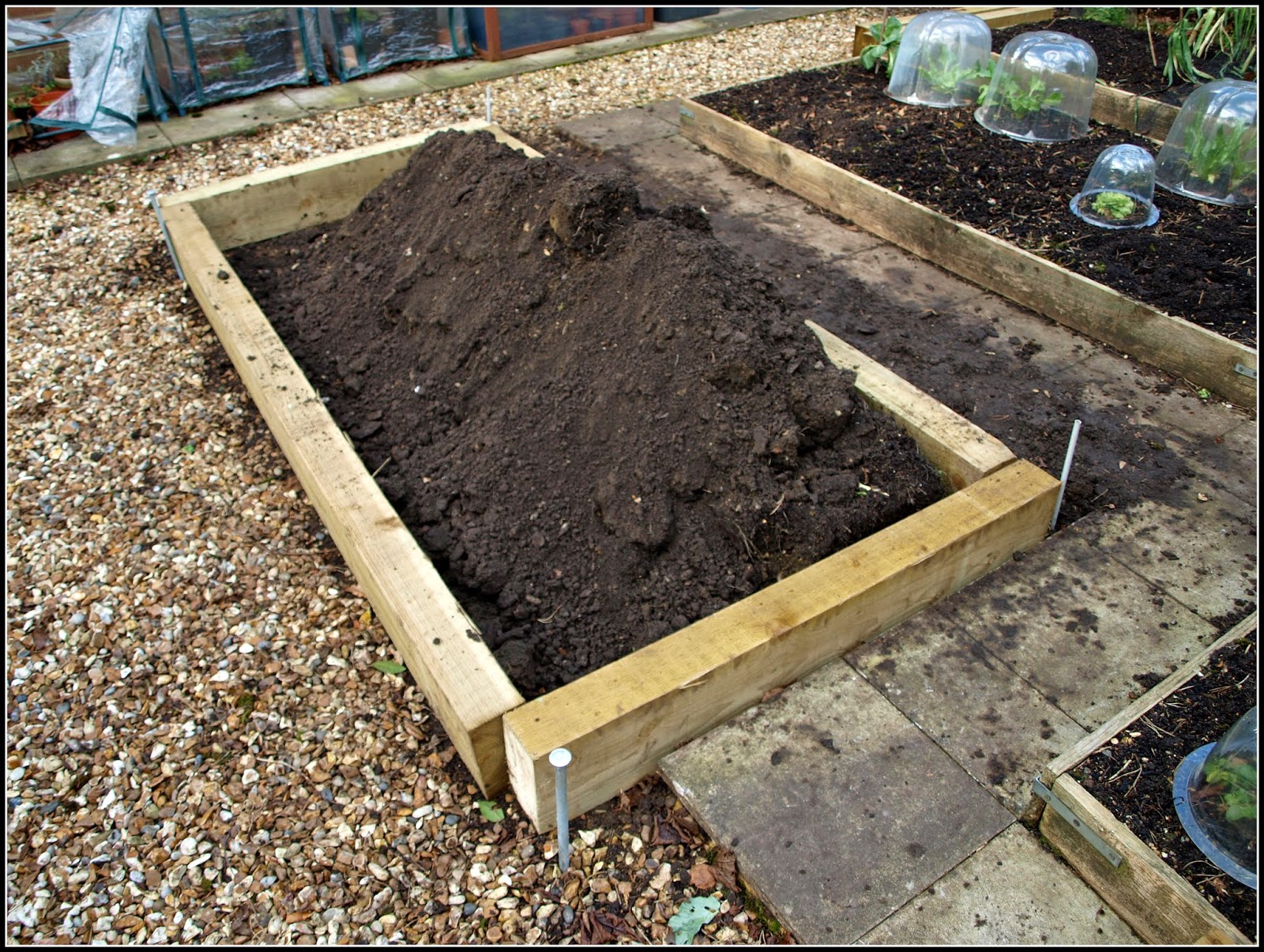 I expect the neighbours think I have buried a corpse. The pile of soil certainly looks like a grave at present! 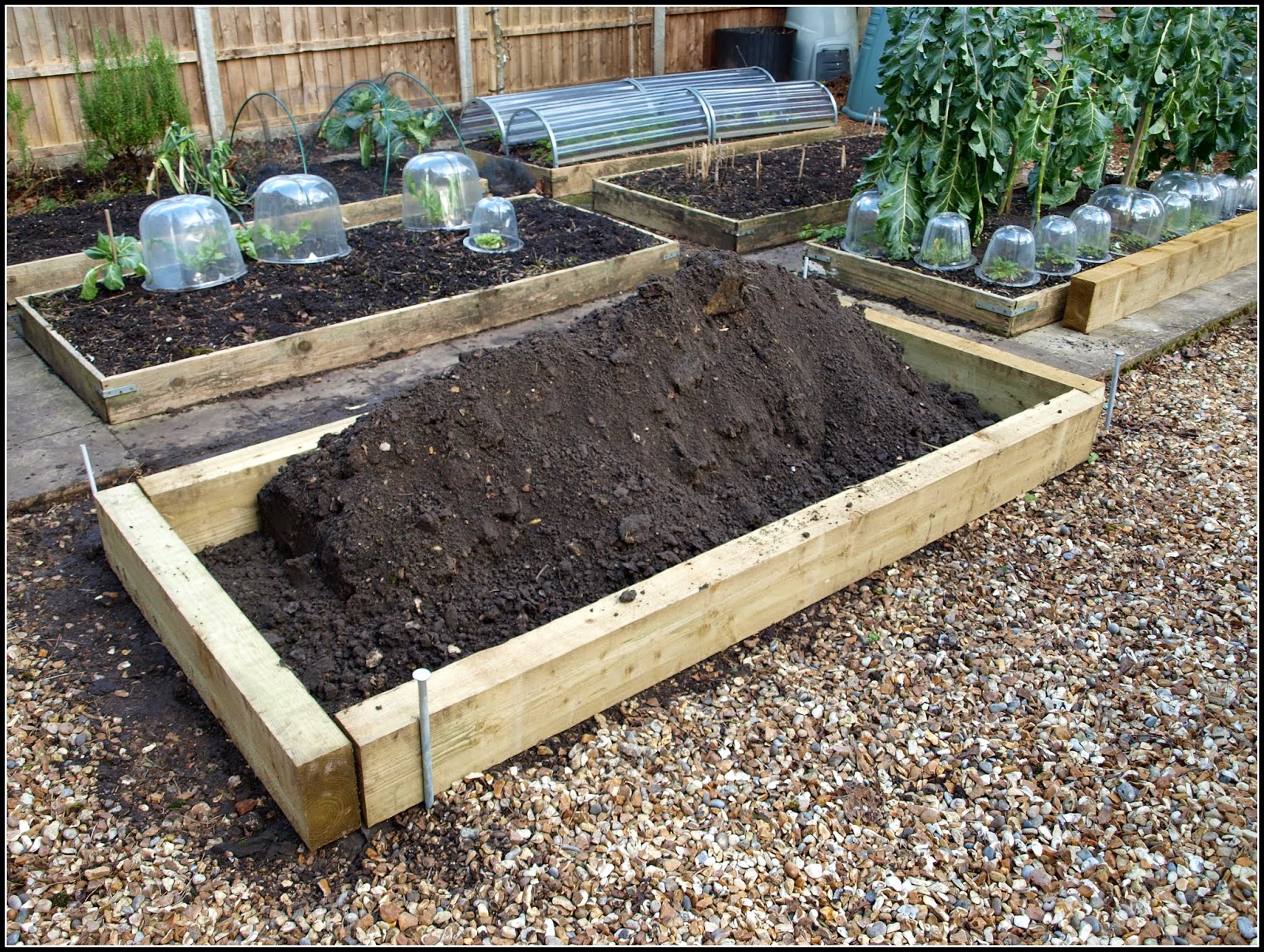 When I eventually get the second layer of timber on, the overall height will be 40cm. I will augment the existing soil with the contents of my compost bins to bring it up to a decent level. That will be another significant job. I don't want to do too much all at once, otherwise my Fibromyalgia will give me a hard time.

Earlier I mentioned the weather. Fine it may have been, but it was also incredibly windy. So windy in fact that it ripped to shreds one of my plastic mini-greenhouses: 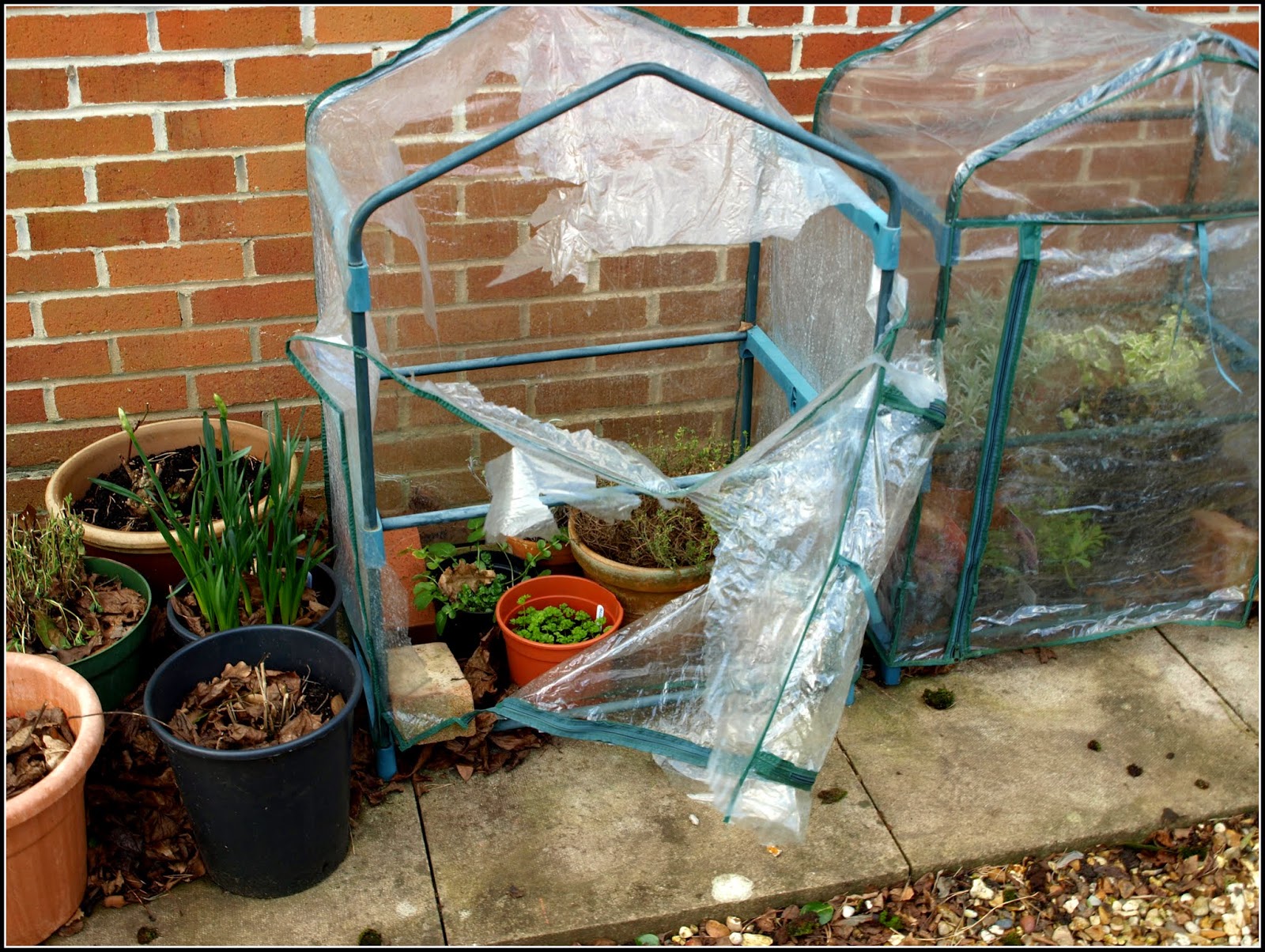 That photo was taken AFTER I had rescued it from the other end of the garden, despite it having been weighted-down with four bricks!
Posted by Mark Willis at 12:00