Like thousands of gardeners all round the country, I'm itching to get going with sowing and planting! It is too early to sow most things. The Winter has definitely not finished, and in any case most plants are unlikely to do well until light levels increase, irrespective of the temperature. However, one or two veggies lend themselves to early sowing, like Broad Beans, so guess what I sowed last weekend?


Over the years I have tried several varieties of Broad Bean - such as "Stereo", "Witkiem Manita", "Aquadulce Claudia", "Imperial Green Longpod", etc, but I have not found one that suits my garden better than any other (unlike with Runner Beans and French Beans, where I have some clear favourites). This year I am trying two more different ones - "Masterpiece Green Longpod" and "De Monica". 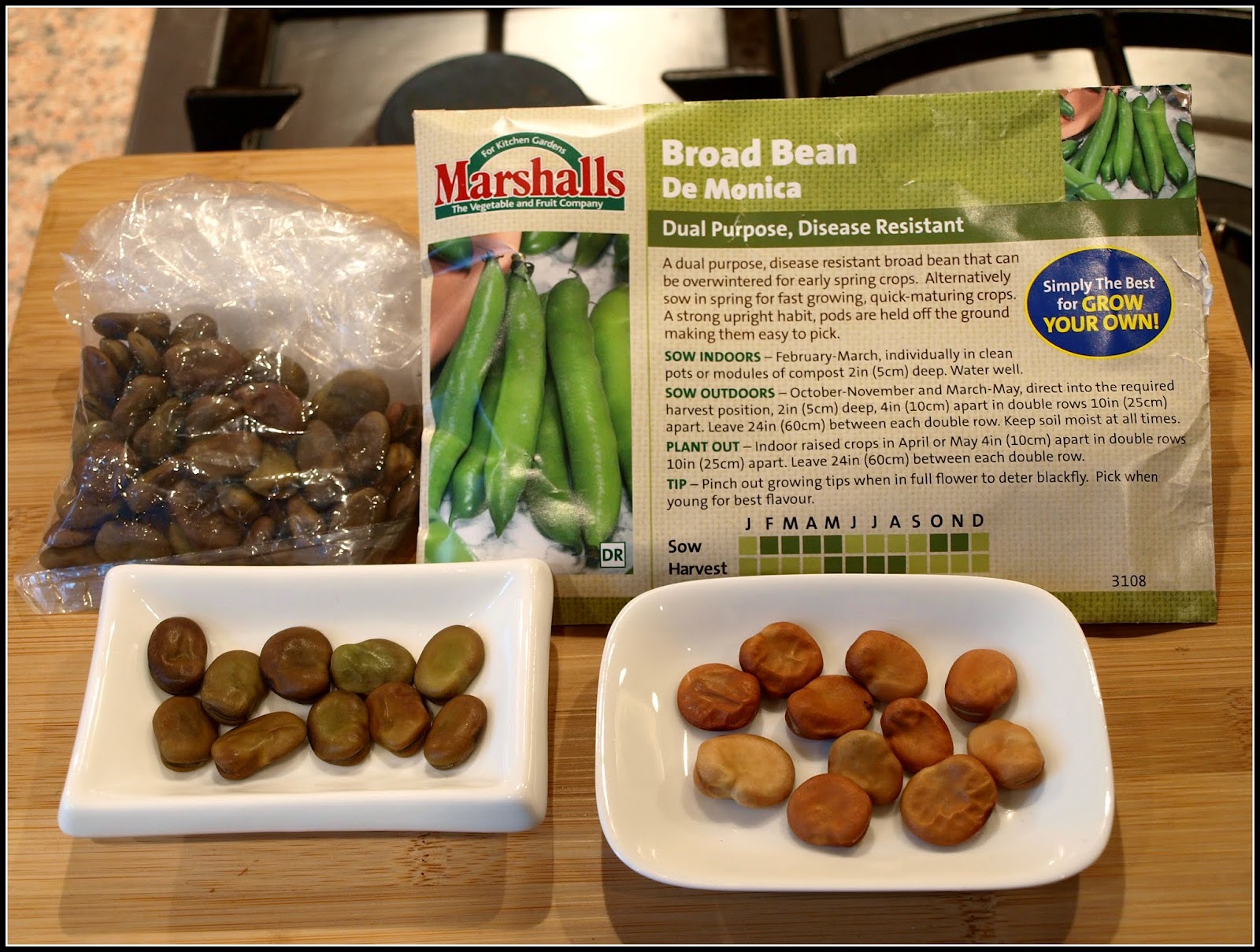 The Longpods were purchased loose (£2 per half-pint) at the Hampshire Potato Day I attended the other day, but the "De Monica" ones have been sent to me for review by Marshalls (along with a variety of other seeds). I will be watching carefully to see how they compare. I was intrigued by Marshalls' description of "De Monica" as a dual-purpose bean. What they mean is that it can be Autumn-sown or Spring-sown. They are also described as fast-growing, quick-maturing with a strong upright habit - all of which sounds ideal! They should reach a height of about 4 feet / 120cm.

Since Broad Beans are very big seeds, it is incredibly easy to sow them. You just push them into the soil or compost to a depth of about 2 or 3 inches. You can of course sow them directly into the soil in the place where they are to grow, but sowing them in pots or modules is probably better, because it allows you to keep them under cover where it will be warmer, and thus get them growing earlier on. I have put mine in these little plastic pots, two to a pot: 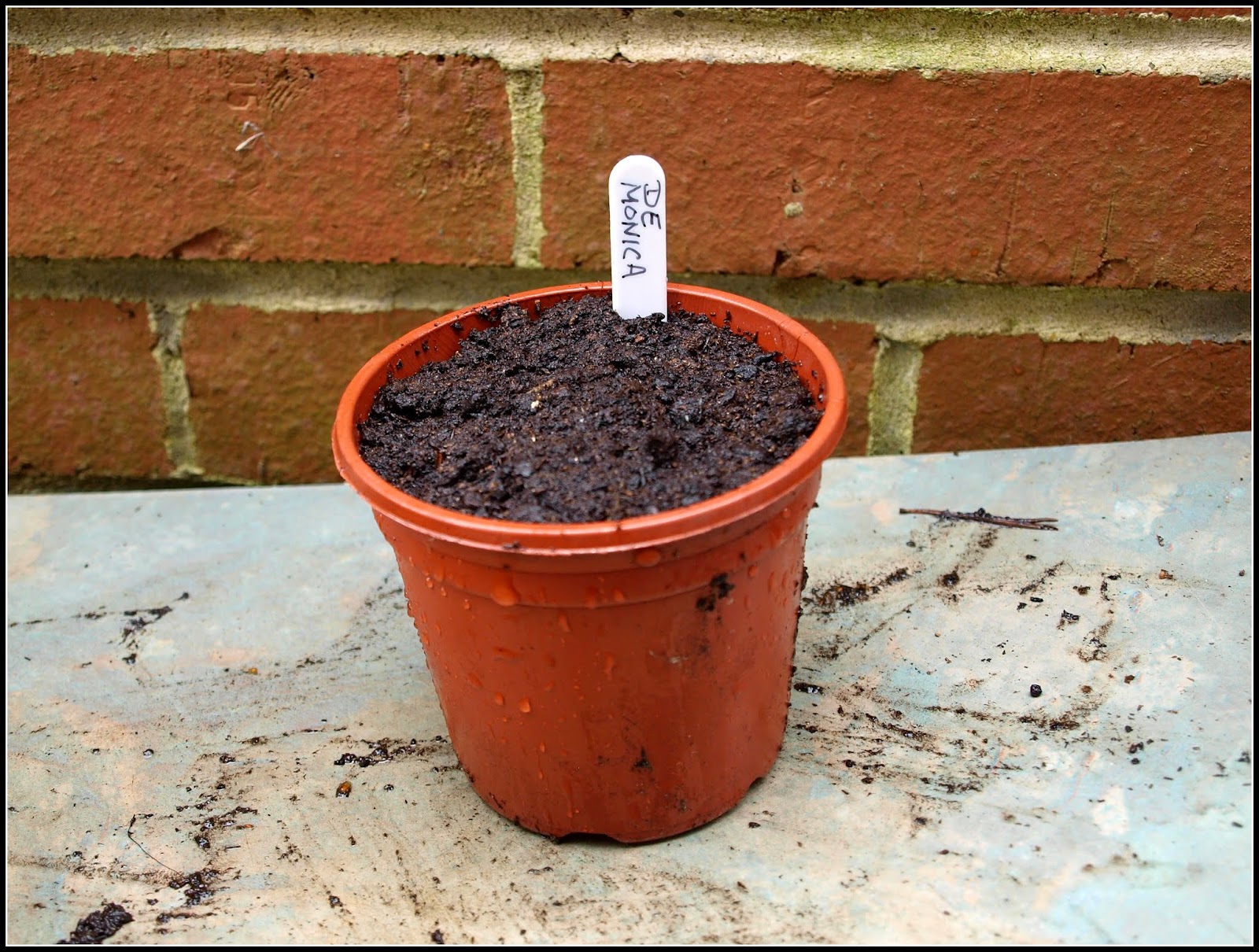 I'm hoping that both seeds will germinate, and if they do I'll probably plant them out together as if they were one, unless they are easy to separate without damaging their roots.

My first sowing is of 6 pots of each type (i.e. a total of 24 beans). In a few weeks time I will sow another lot in order to stagger the harvest time. Currently I have my pots in old plastic washing-up bowls for ease of movement. For the time being they are lodged in the garage, where it is cool but still a lot warmer than outdoors. 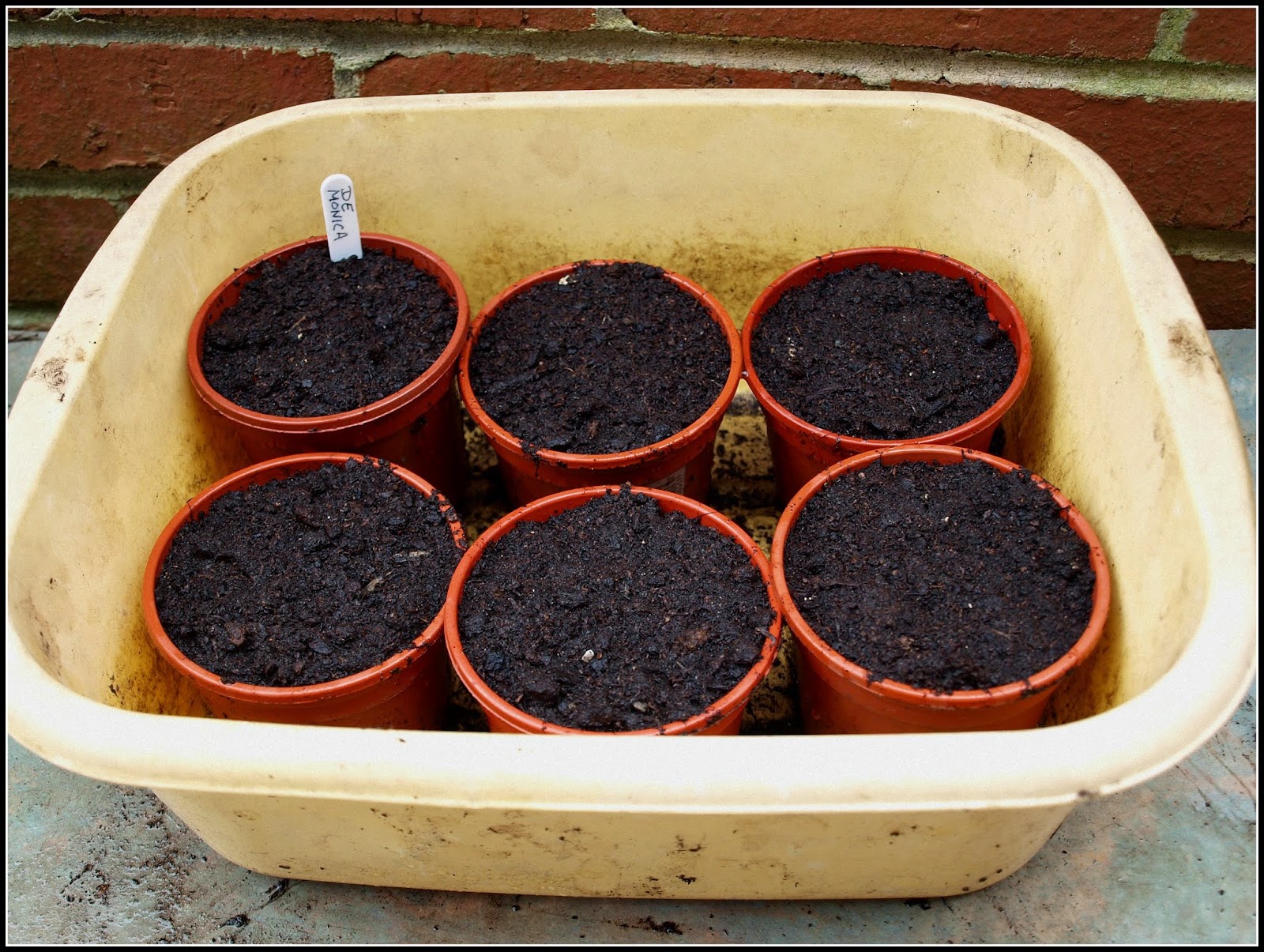 When the seeds germinate I will take the plants outside, but keep them under cloches, where they will get more light, and (still in their pots) gradually acclimatise them to outdoor conditions before planting them out in their final growing positions towards the end of March.

Last year one of my daughters had great success with staking her Broad Beans individually, thus keeping them upright rather than flopping all over the place, and I am going to try that technique myself this time. Having them upright probably makes the flowers more visible and accessible to the pollinating bees too (Bumble Bees really love Broad Bean flowers!)
Posted by Mark Willis at 12:00