Some things just can't be hurried...

Some of those things (that cannot be hurried) are my Hellebores. After weeks (months?) of being on the brink of opening, they are now just about there:


This is the one which I bought in January 2014. At the time it had some buds on it that appeared to be just about to open. In fact, that is what attracted me to it - I thought I would have some colour straight away. I was wrong though, and the buds never did open. Now this year it has been keeping me in suspense for week after week again. 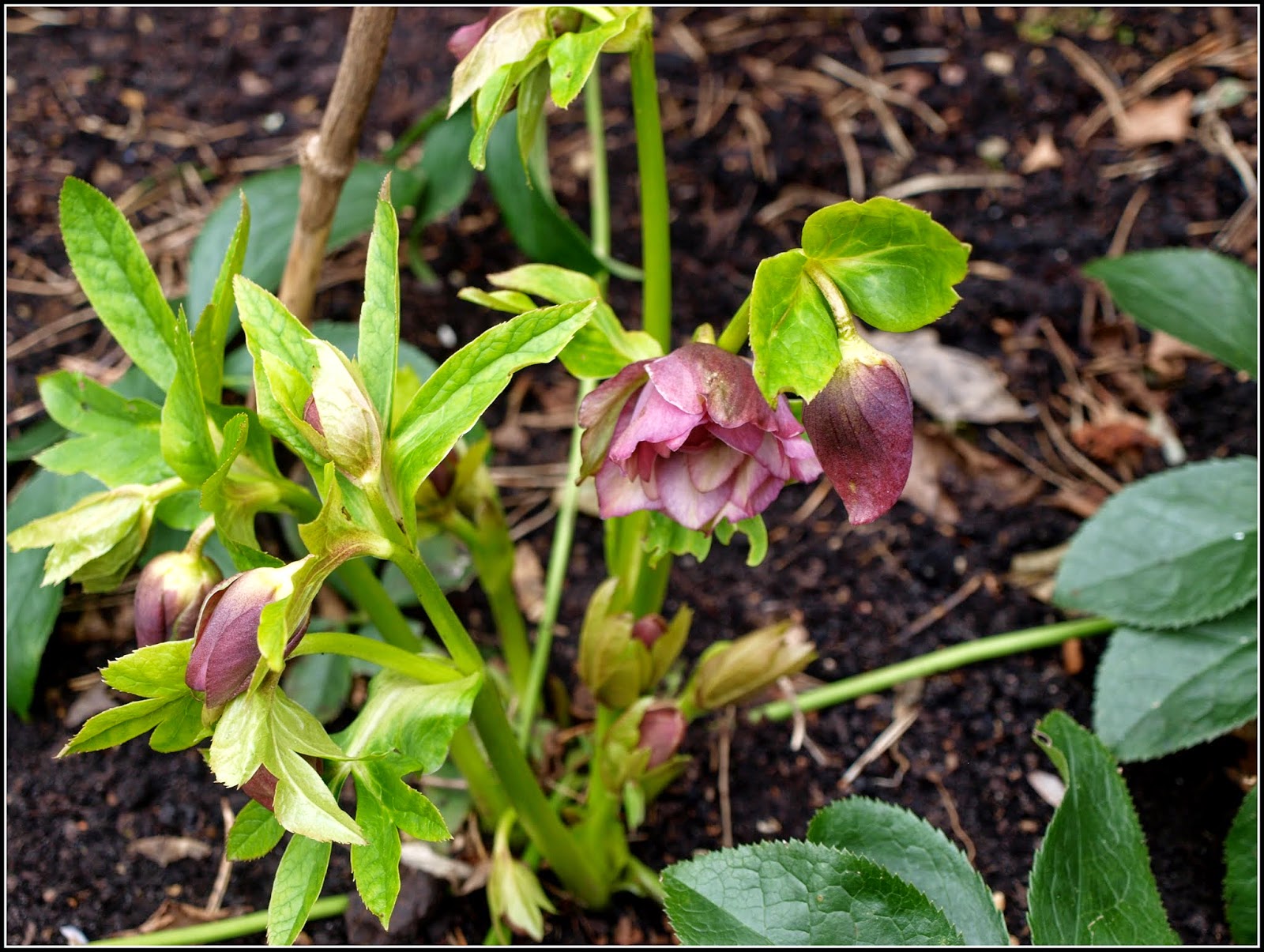 The label that was on the plant when I bought it shows the blooms as predominantly white, with splashes and spots of red, but mine look quite dark so far, although one particular bloom (below) seems a bit lighter: 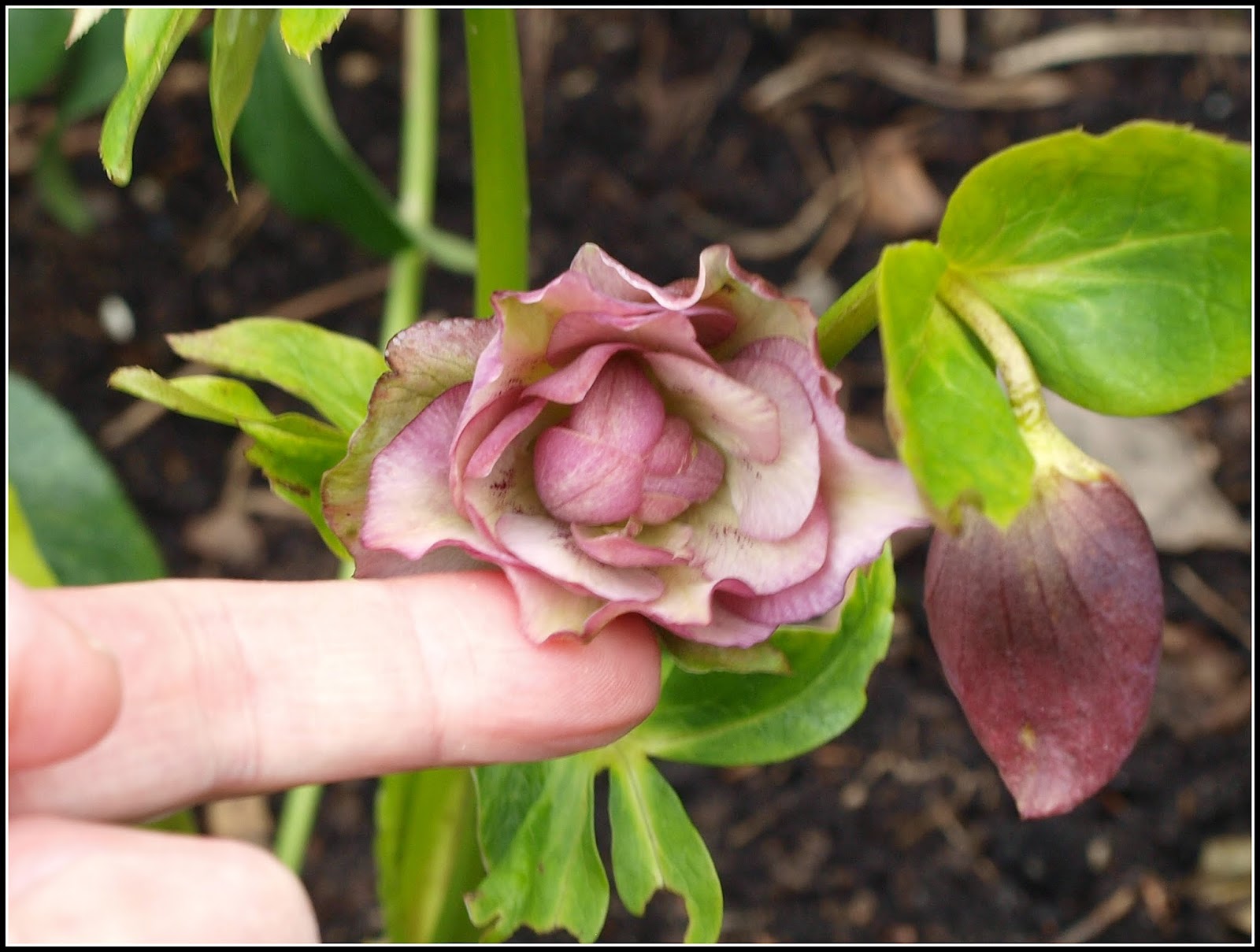 Most of the other Hellebore plants have flowers or buds too, of which this one is the most advanced: 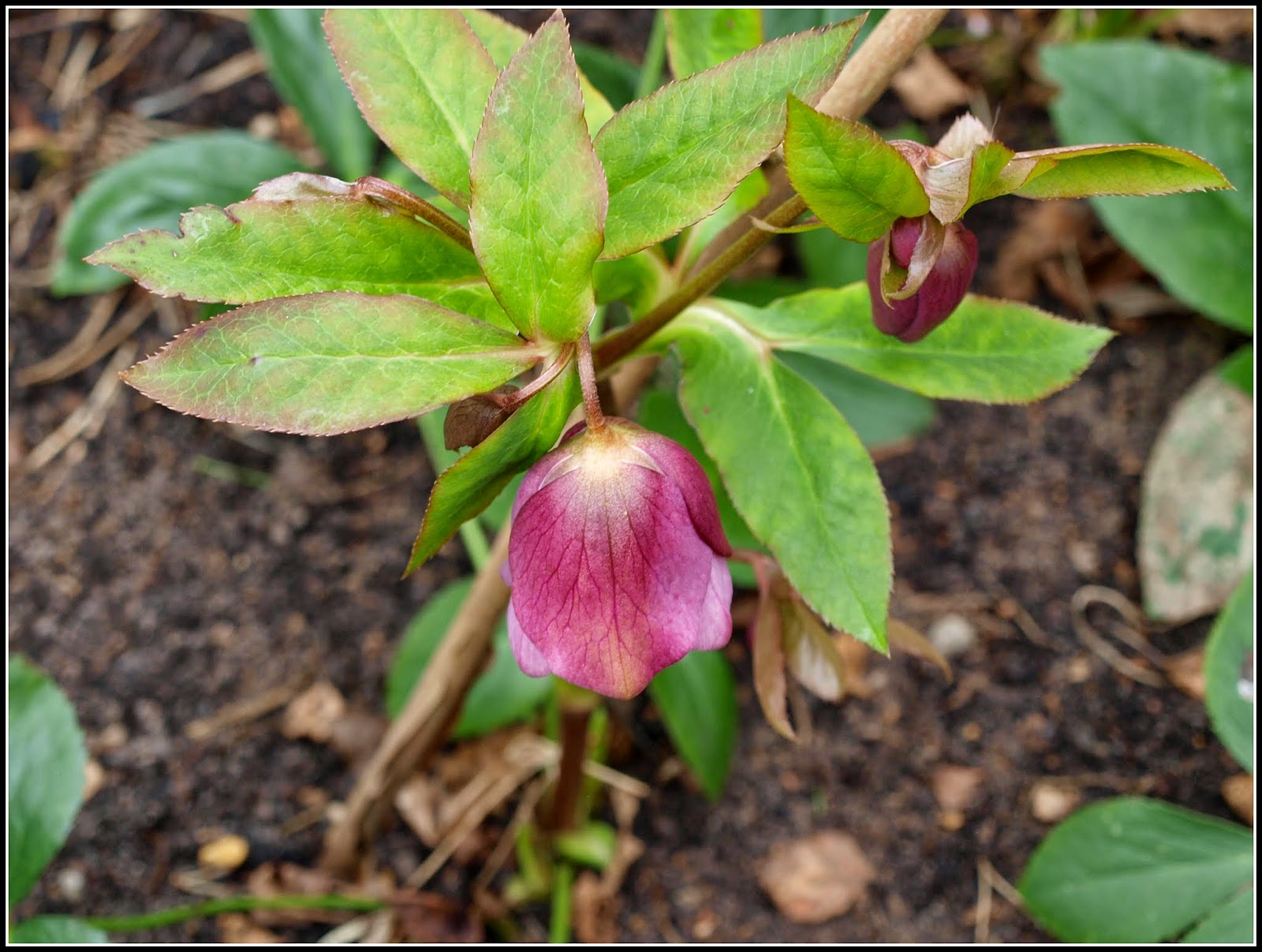 It coyly hangs its head down, so here is me holding its chin up! Not sure whether this is just my camera misrepresenting the colour, but it looks pink on the outside and mauve inside. 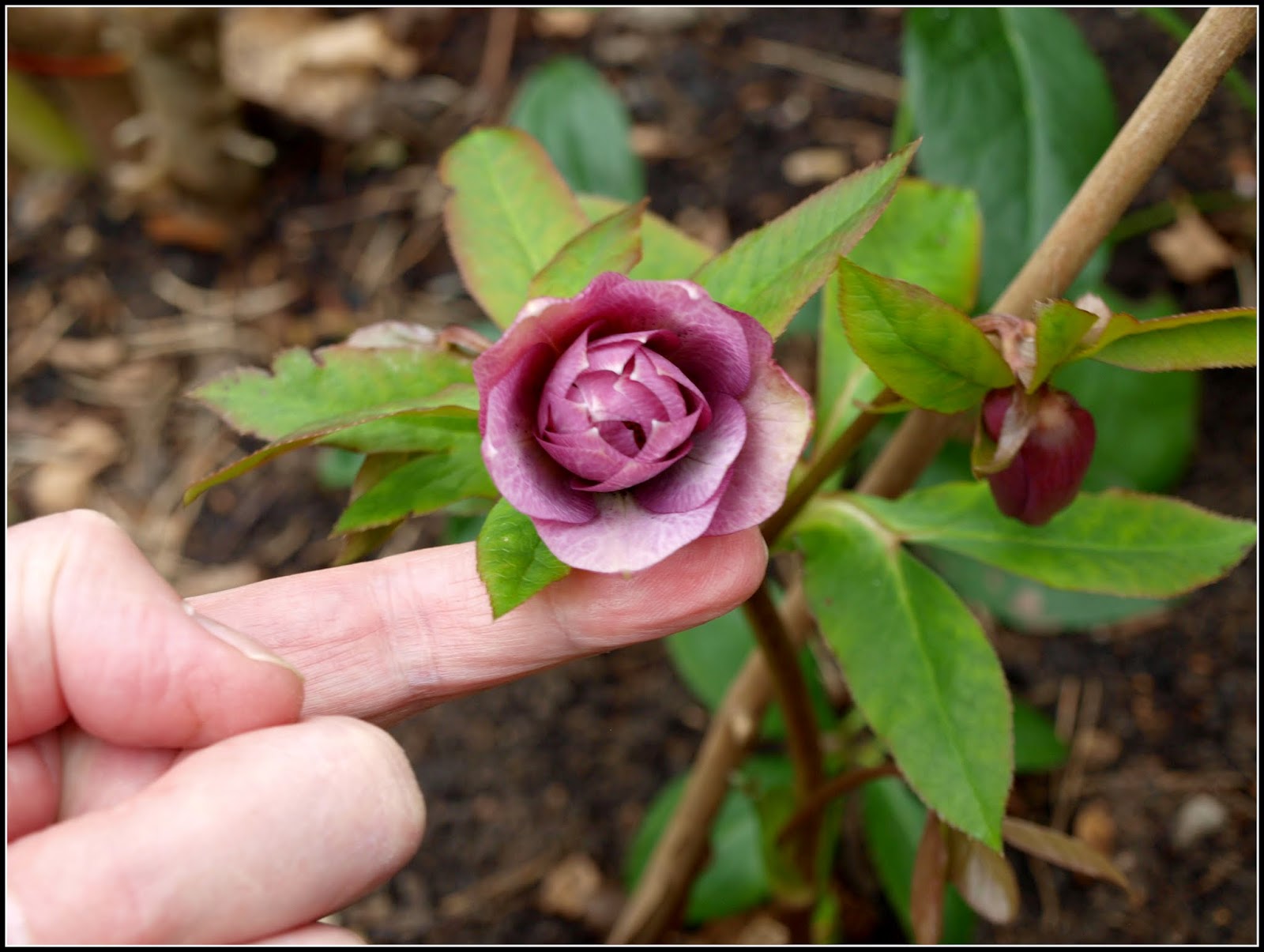 Meanwhile, my bulbs are steaming ahead. The "Soleil d'Or" from the Isles of Scilly are showing a bit of colour now, and I expect the first ones to open very soon: 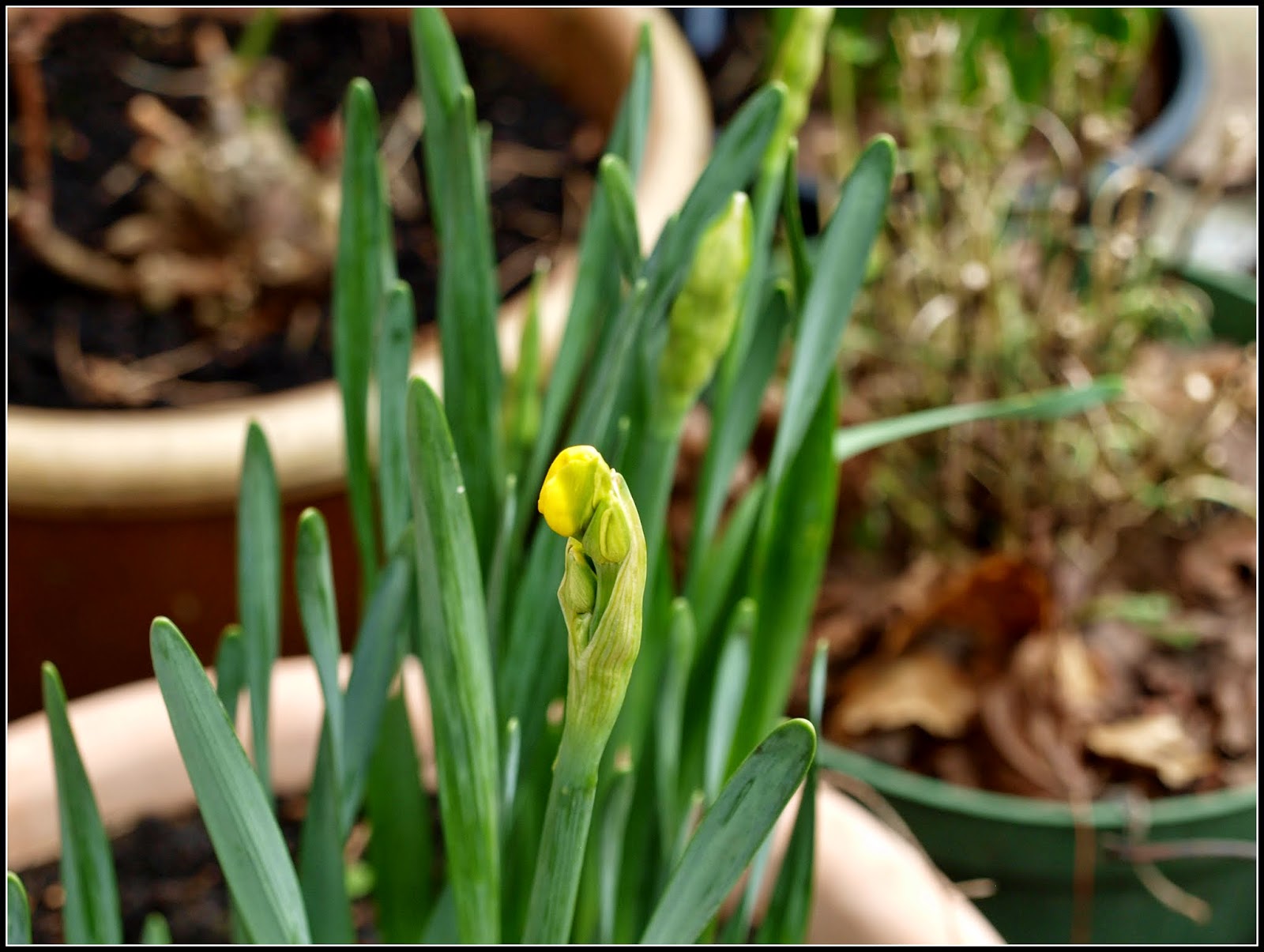 I have some Crocuses in pots, and their leaves are well advanced. 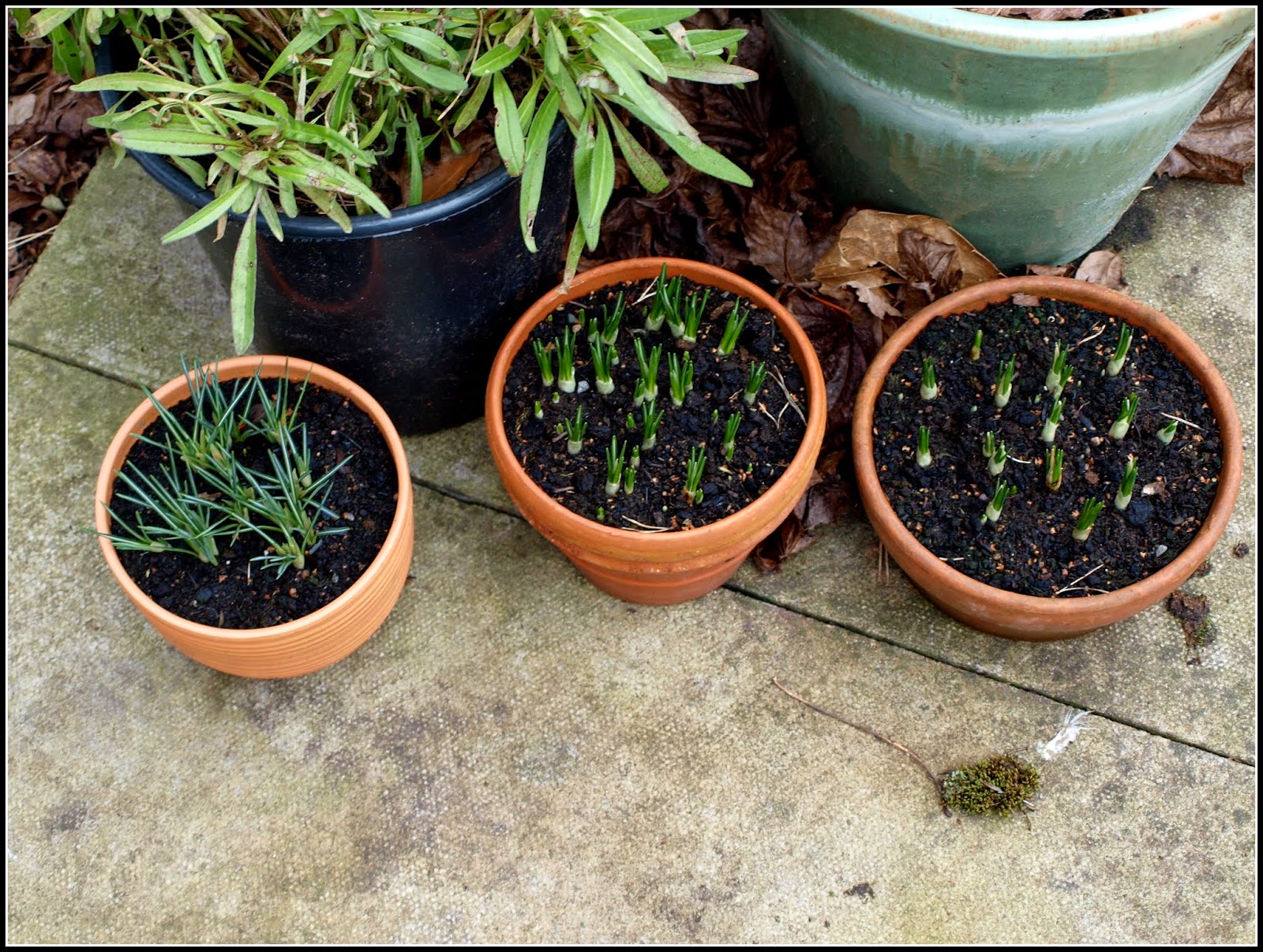 When you look very carefully you can see buds peeping through. 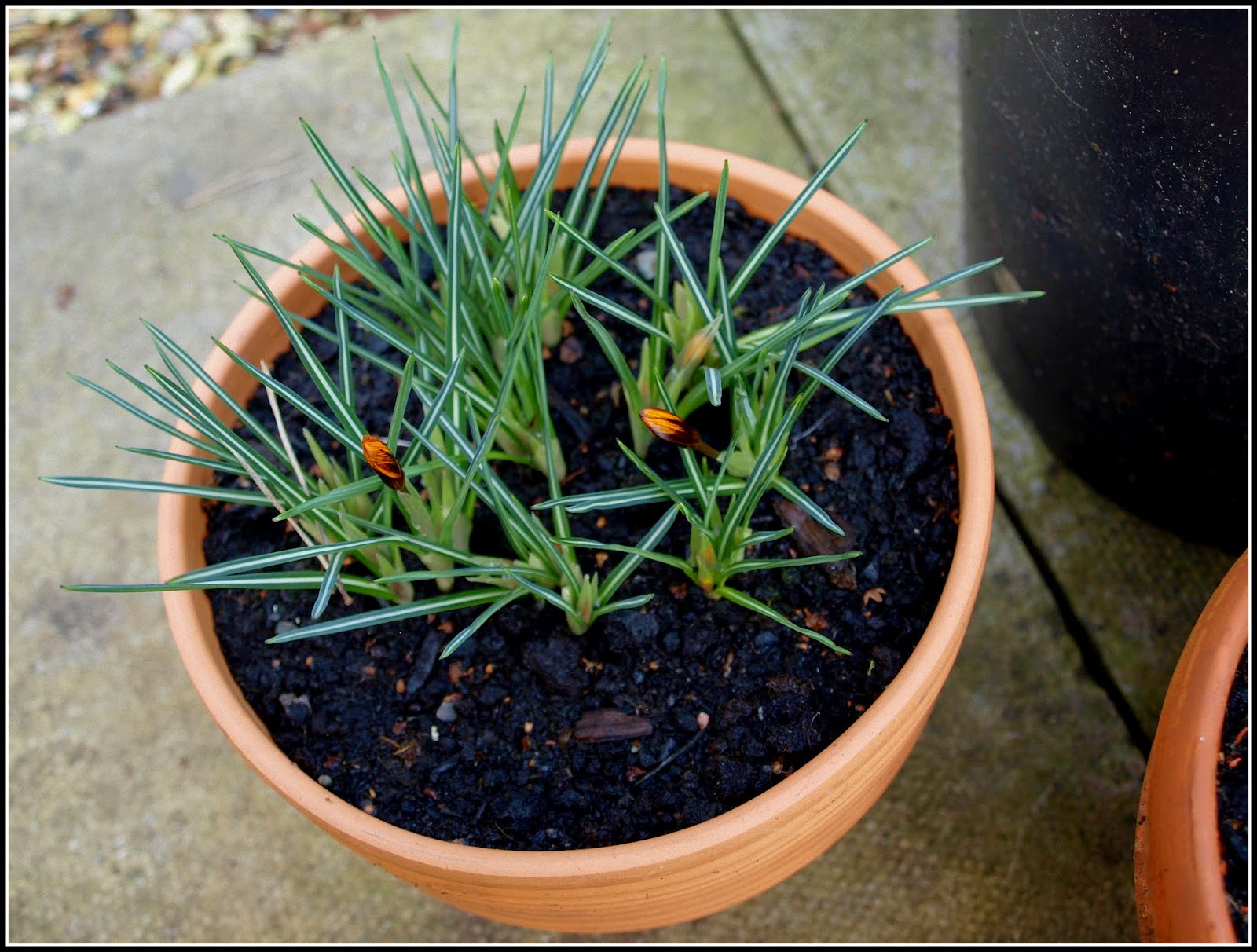 Against the wall of the house (sheltered from wind, and slightly warmer) I have these 8 pots with various types of Daffodil in them. 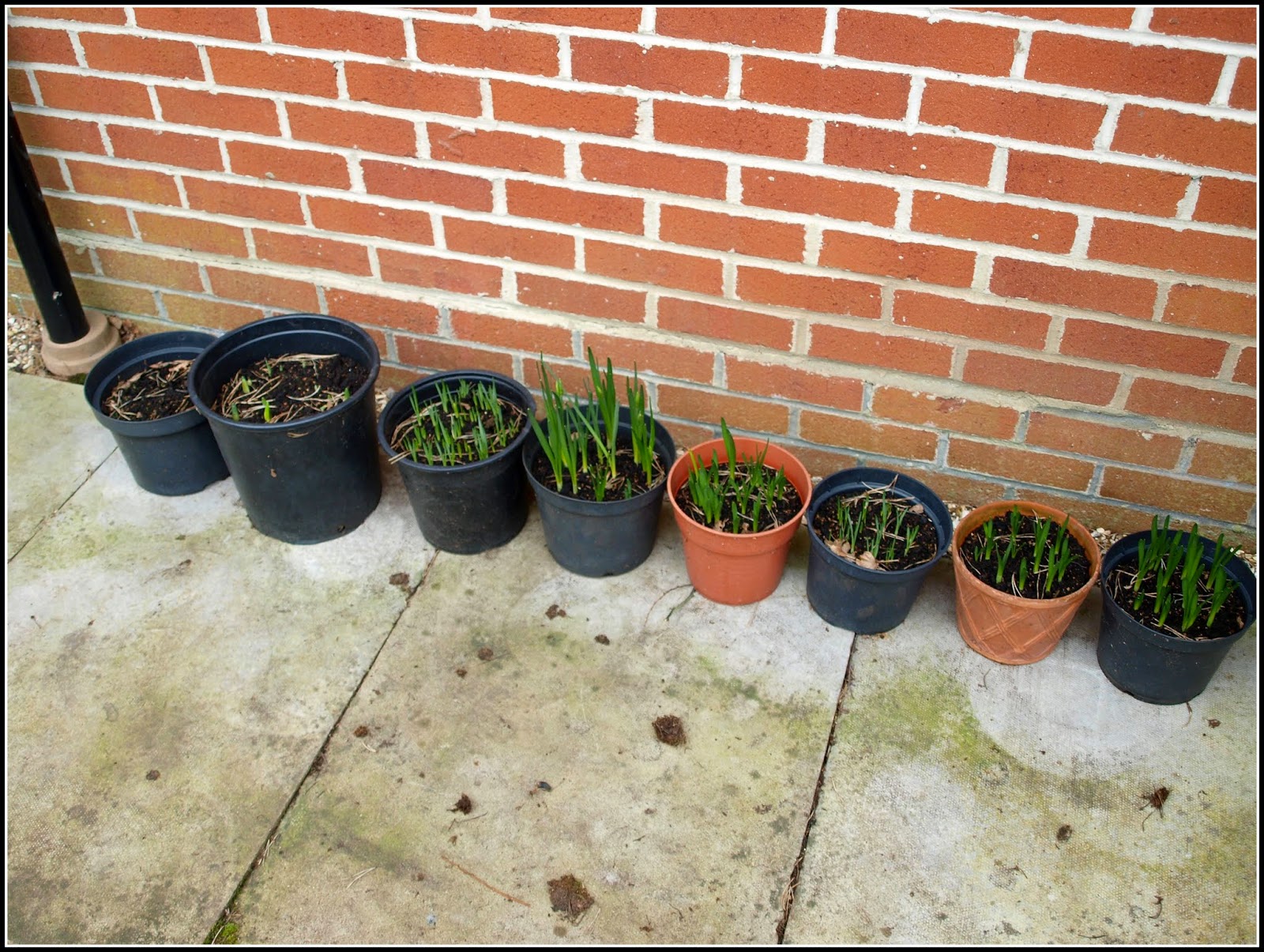 I like having them in pots so that I can move them around at will, putting them in a prominent place when the flowers are out, and then moving them out of sight once they are over.

Round the bases of my trees I have planted all the little Crocuses that were formerly grown in pots. The purple ones are always the first to appear, and they are just showing through now. 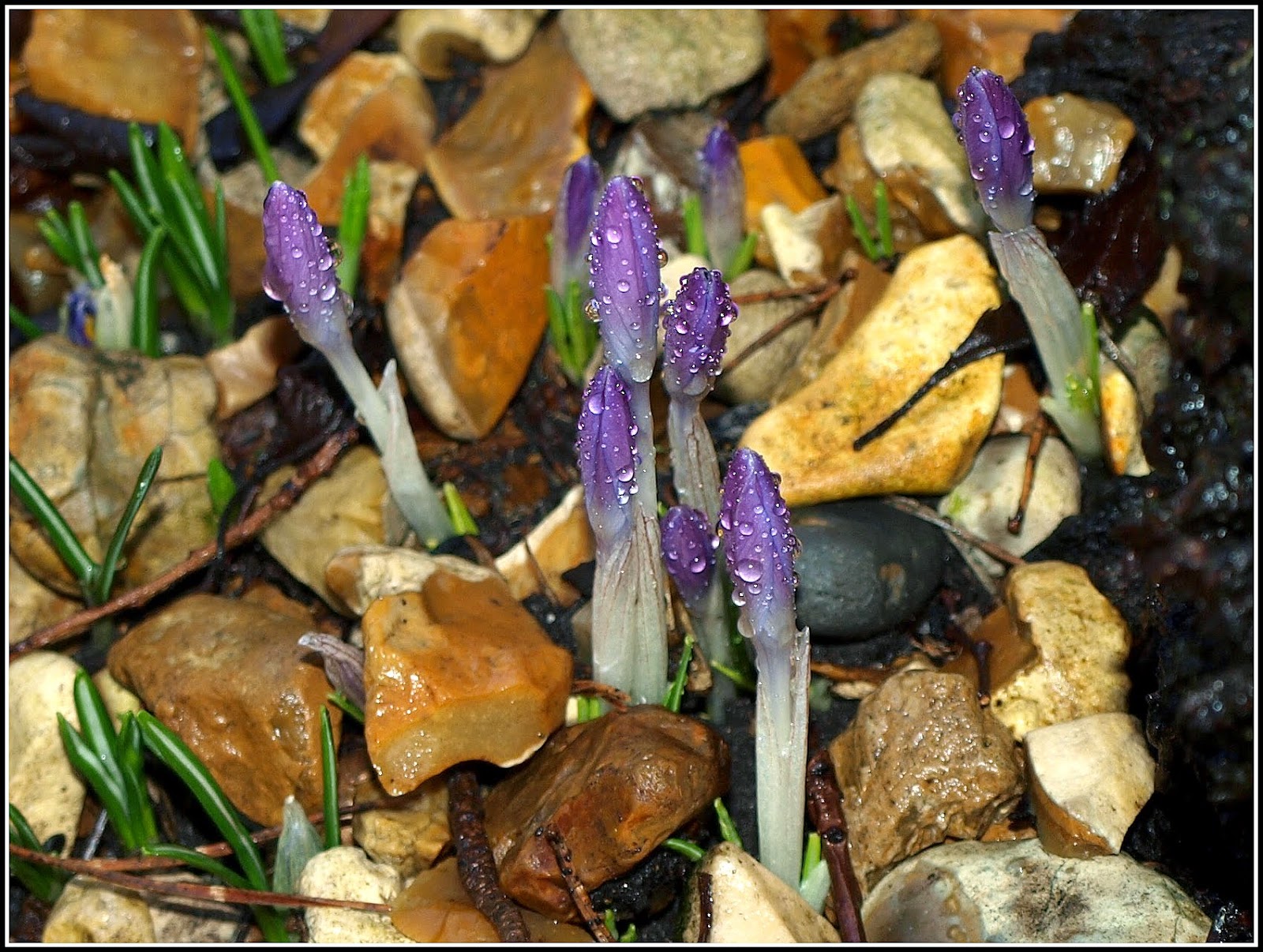 It needs some sunshine to persuade them to open. In my photo you see them covered in raindrops!
Posted by Mark Willis at 12:00