The other day I made that "Poached chicken with sweet spiced bulgur" dish, and as you may recall there was far more chicken meat and broth than the two of us could eat in one sitting, so today I want to tell you what I did with the leftovers.

The broth, and to a lesser extent the meat, was quite strongly "fragranced" with the cinnamon, cloves, allspice etc, so I didn't think we could just freeze it for use on some future occasion like the stock we normally make from the carcass of a plain roast chicken. Instead I felt that it would be more appropriate to make it into a vaguely Oriental soup. Not following a recipe or anything here you understand...

In addition to about a litre of rich stock that had set almost like a jelly overnight in the fridge, I used these ingredients: chicken meat (of course); a piece of fresh ginger cut into thin strips (mine were probably not fine enough to qualify as Juliennes); a de-seeded chilli cut into big chunks; some Calabrese broccoli, cut into small florets; and some Chinese-style egg noodles. 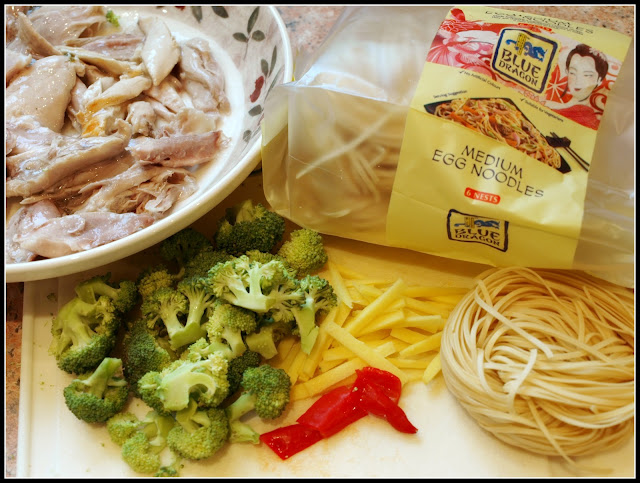 Making the soup could hardly have been easier: warm up the broth; add the ginger, chilli and broccoli; cook for 3 or 4 minutes; add the meat and the noodles; cook for a further 5 minutes or whatever it says on the noodle pack. 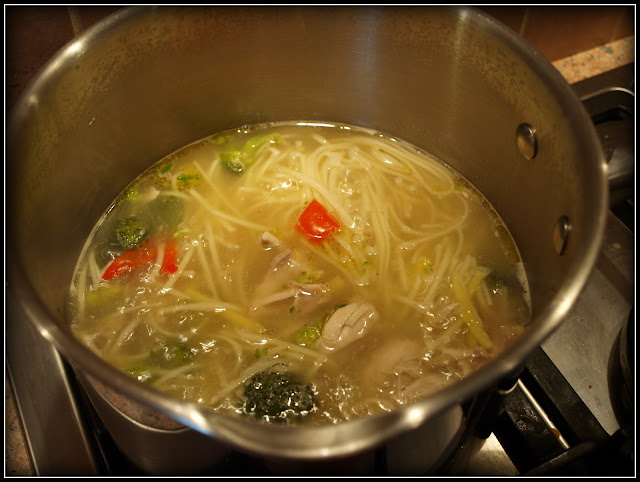 Serve, in some deep bowls, with a splash of Soy sauce if desired. 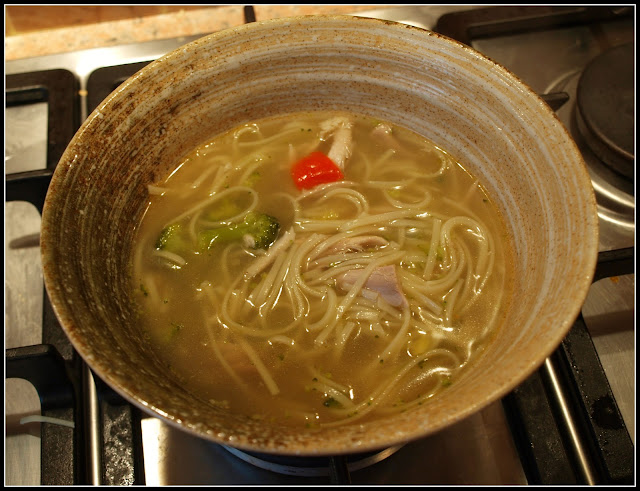 I'm so glad we have those deep bowls. They are just so right for oriental soup. We have had them for several years and we only use them for oriental soups, not "Western-style" ones. I don't know if this is right, but we think of them as being Japanese - even though we bought them in the Chinese supermarket Hoo Hing.
Posted by Mark Willis at 16:00