Having been away last weekend, and out at work until today, I have not had much chance to see what's going on in my garden, but I had a good look round this afternoon. It currently appears to be in a state of "neither here nor there". Winter seems to have nearly finished (though I'm not sure) and Spring may possibly have begun. My plants seem equally undecided.

No sign of any Asparagus coming up yet, but the Rhubarb is gradually emerging - albeit very slowly. Every time it thinks Spring has arrived we get another cold spell. 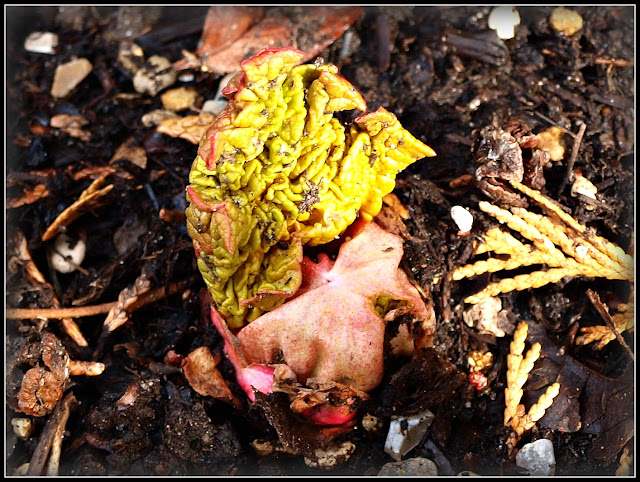 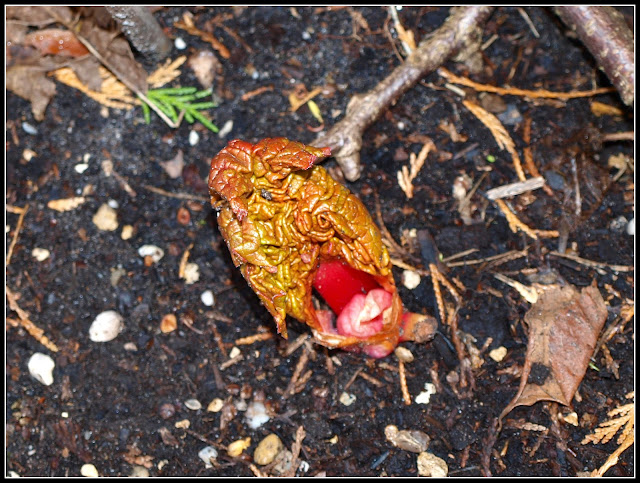 The Broad Beans I sowed under cloches on 15th February have not shown through yet, but the Radishes I scattered around them have just germinated: 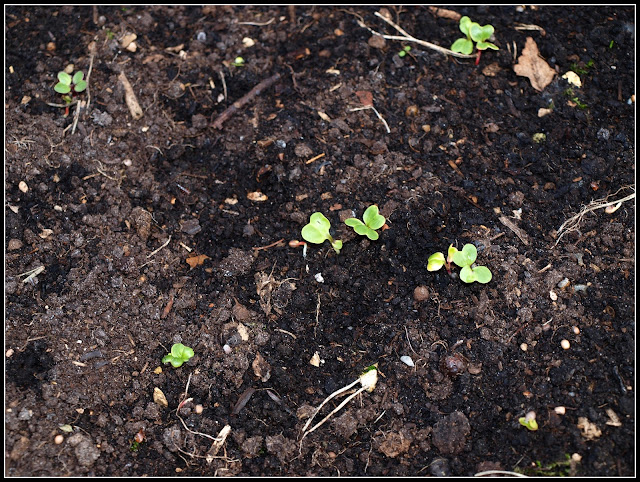 I promised myself that I would not sow my second row of Broad Beans until the first one had germinated, because I want to stagger the harvest, but I hope they get a move on!


The Crocuses and Daffodils are looking good. I have moved several pots so that they are in a group right outside the French windows, so that I can see them from where I sit in my favourite chair. 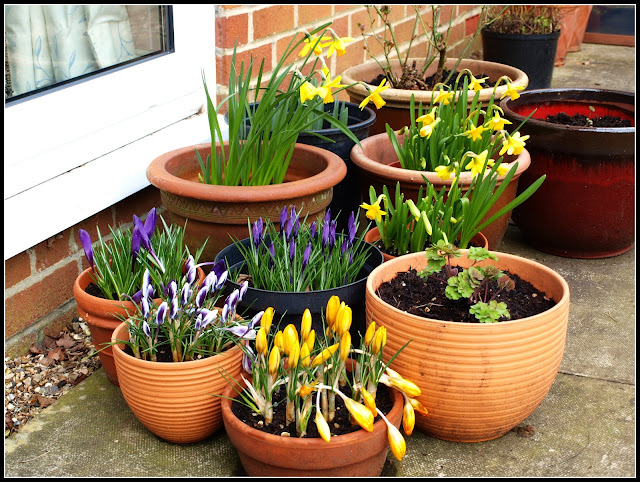 Last Autumn I planted out many of the Crocus bulbs that I had previously grown in pots, around the bases of my trees, so that they could "naturalize". They are settling-in nicely: 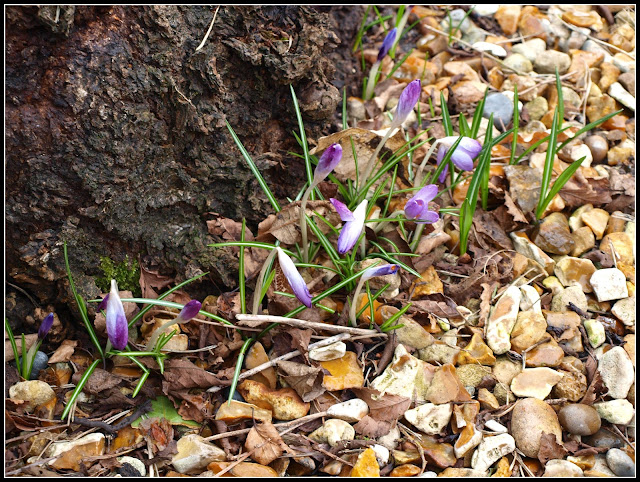 My Snakeshead Fritillaries have got buds on them now, but there aren't as many of them as I had hoped. I think a few must have succumbed to the ravages of the Winter weather. 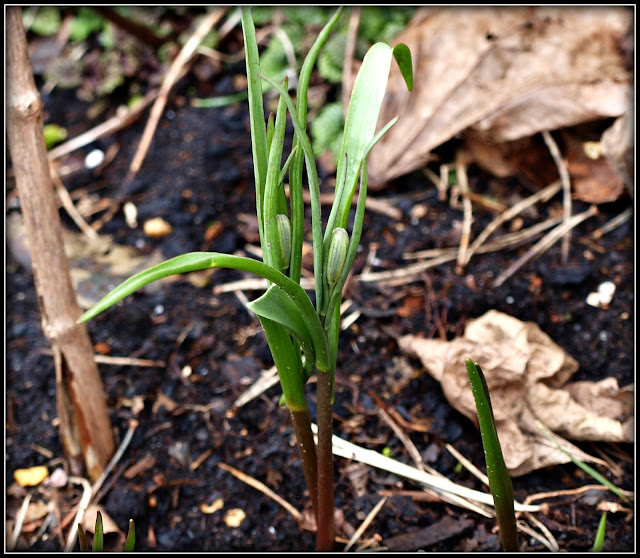 The Raspberry plants that took a bit of a battering when the new fence was put up look as if they will be OK, and are beginning to put up green shoots. Unfortunately some of them are now very close to concrete posts and concrete gravel-boards, but there's not much I can do about that in the short term. 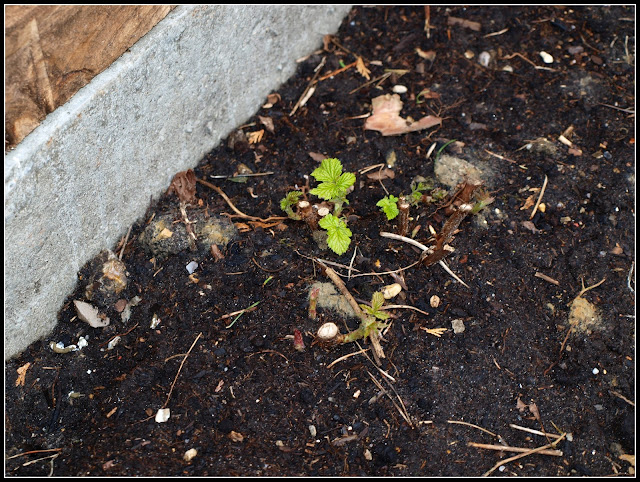 I would love to be able to sow some seeds, but the soil in the garden is still very cold and wet, and if I sow seeds indoors the light levels are so low that they will go leggy --- except that since my Birthday I am now the proud possessor of an indoor Growlight House, which I shall be assembling very soon!