Alliums on the up!

You may have seen my Harvest Monday post yesterday. If you did, you will know that I decided that after having been growing for 6 months (yes, SIX months), these Spring Onions were finally worth using.  They are of the variety "White Lisbon Winter Hardy", and were sown on 5th August 2012. 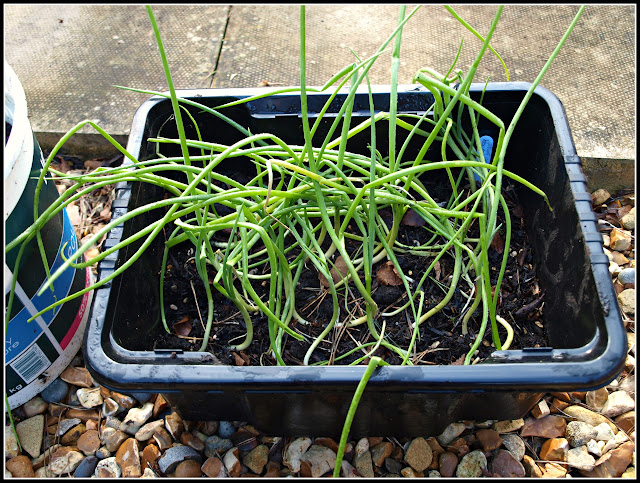 The seeds were part of a collection that came as a freebie with a magazine, so I didn't buy them as such. In retrospect I hardly think it would be worth spending money on something like this. As far as VSR goes, they score dreadfully badly. They have occupied space for a huge amount of time, and I can buy a bunch of Spring Onions any time I like for a very small amount of money (e.g. 79p in Sainsbury's right now). Furthermore, mine can hardly be considered a premium product - as seen here: 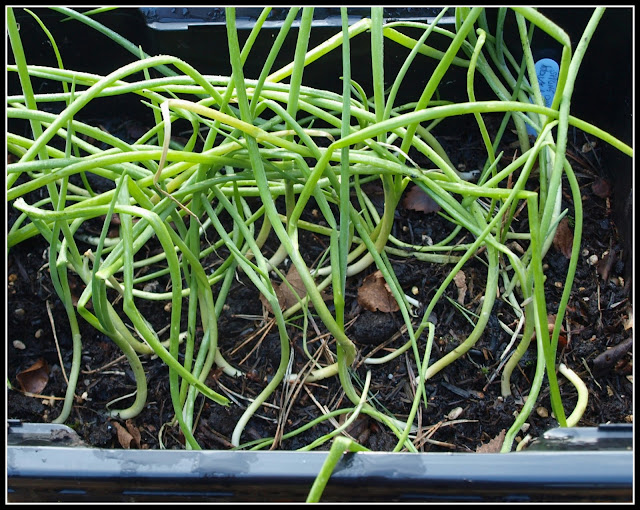 In their defence I have to say that these onions were grown in a container, so were not taking up space that I needed for something else, and if I had not grown them I would not have been growing anything else in that container. Perhaps they would have done better under cover, but since their name includes the words "Winter Hardy" I thought they would be OK out in the open.  As it happens, I have never had much success with Spring Onions of any sort. I think maybe the conditions in my garden just don't suit them.

Meanwhile, in the coldframe, their cousins the Chives are just beginning to wake up after their Winter sleep. Should have put the Spring Onions in there too, I think. 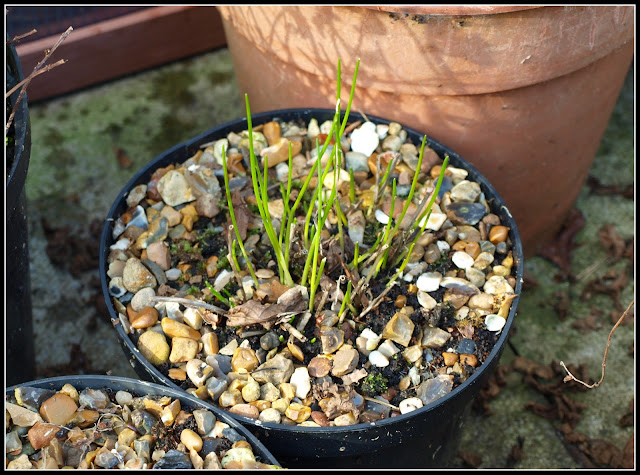 The Wild Garlic that I brought back from my MIL's place last year is just putting up its first shoots. I don't expect much this year, but I'm hoping to establish a patch of the stuff, so I hope they will prove to be prolific. For some time now I have been trying to think of a place where genuinely wild Wild Garlic grows, so that I could go and get a "cutting", but I couldn't think of anywhere. Anyway, it's irrelevant now. 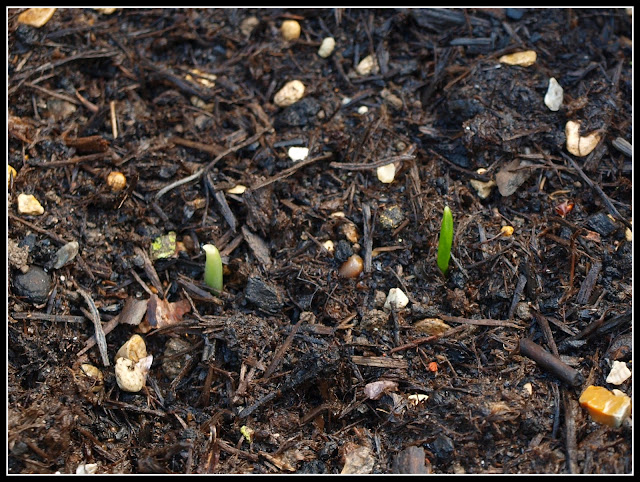 ﻿
Does anyone else cook with Wild Garlic? Do you have any recipes that include it? If you do, I'd be interested to hear from you.

I haven't planted my shallots yet, because I think it is still too cold. We have had below-zero night-time temperatures several times recently, and even the day-time temperatures are still in single figures, so I think I'll wait a bit longer. However, one of them has decided that it's not going to wait for me to plant it before it starts producing leaves: 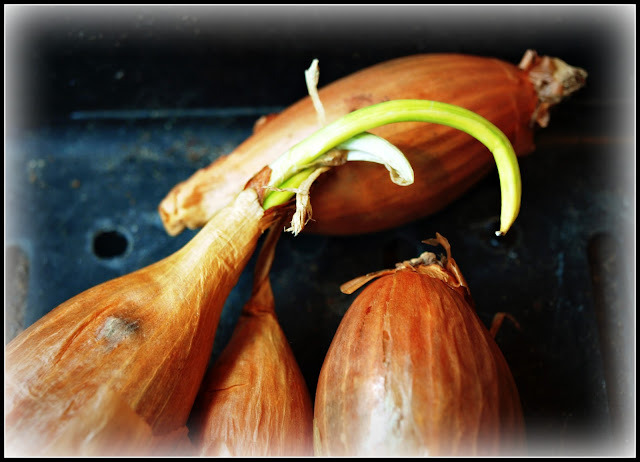