Why are my Radishes rubbish?

Normally I manage to grow some pretty decent radishes, but this year all the ones I have sown have gone thin and wiry, and haven't made any useable bulbs. I don't think they have bolted. They just haven't filled out. 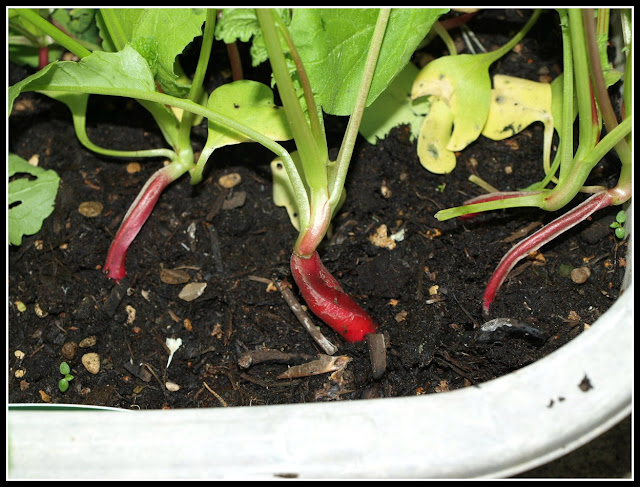 These 5 mediocre specimens look as if they will be the only ones I get from my latest batch, which should have yielded perhaps fifty: 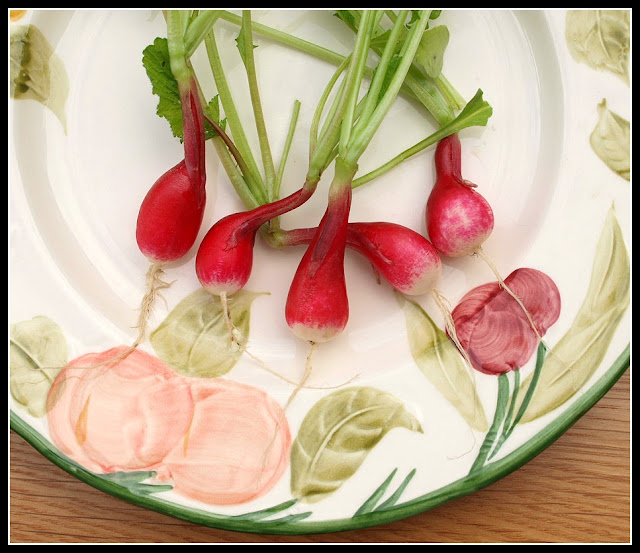 Can I attribute my lack of success this year to the strange weather conditions? I'm not sure. There is one other factor that may be to blame. I have grown my Radishes in containers, using commercial compost, whereas in the past I have usually had them in the soil of my raised beds. Next year I will revert to my normal method I think.

Fortunately, other crops have done well, otherwise my confidence might have taken a bit of knock. The extra moisture this year has really suited the beans. For me, French Beans are always the Number 2 bean, second always to Runner Beans, but there is no denying that they have done well: 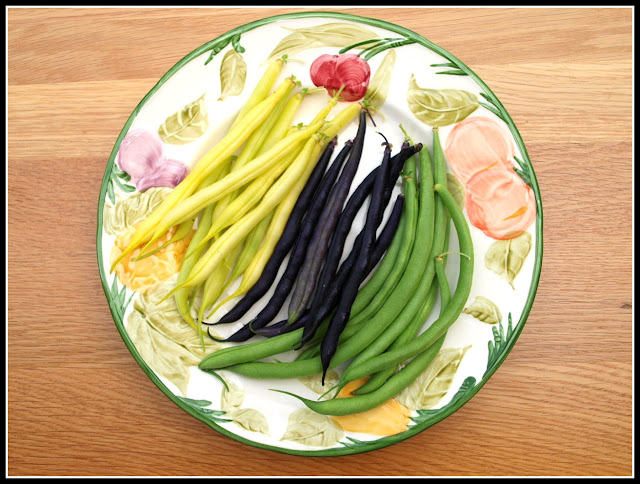 French Beans do have one advantage over Runners - the dwarf types can be grown in a much smaller space, and they don't need the strong support systems that Runners demand. Mine are always grown in large pots and containers, in which they are happy enough as long as they are frequently watered.

I pick a handful of each of my three types of French Bean every couple of days. The green ones are "Speedy" (with a few of the bigger "Cobra" ones); the purple ones are "Amethyst" and the yellow ones are "Polka".  I think the green ones tend to be the most prolific, but that may just be a perception; I haven't actually measured the yields. 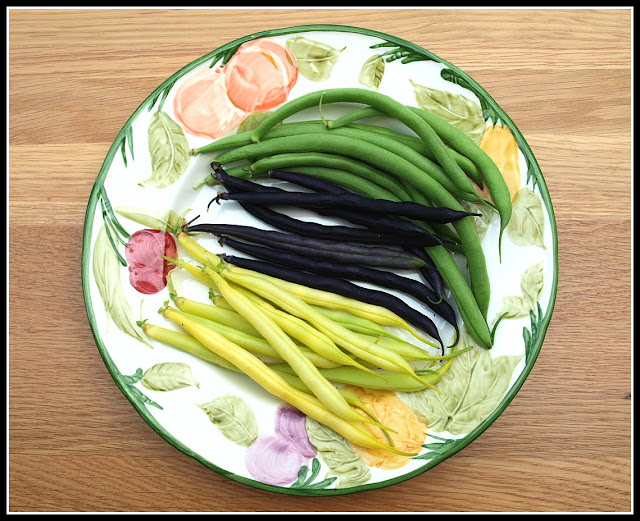 Here in the UK people tend to eat French Beans mainly as a hot vegetable, but Jane and I also like them cooked and cooled, as a salad ingredient. True French people often eat them as a salad in their own right, served with a red wine vinaigrette into which a shallot has been finely chopped.

Talking of salads, I still have lots of tomatoes and cucumbers coming on. I have taken to picking the tomatoes while they are still very under-ripe, in order to minimise the risk of blight damage, so most of my recent photos show green fruits only:

The "Iznik" cucumbers have really got into their stride now, with masses of fruits maturing. They develop very rapidly, and the time from flower to ripe fruit seems to be only about a fortnight: 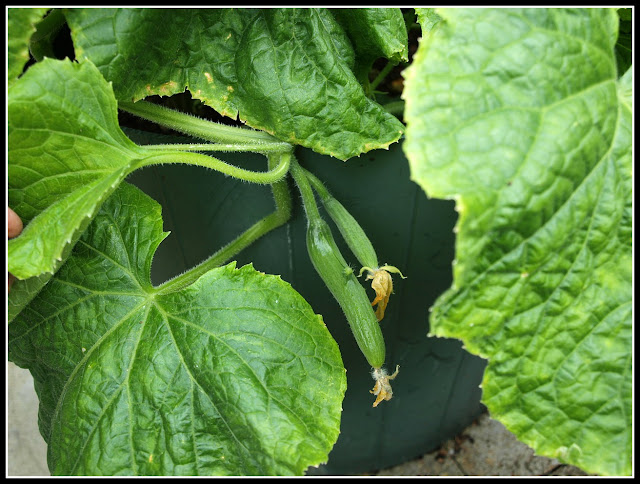 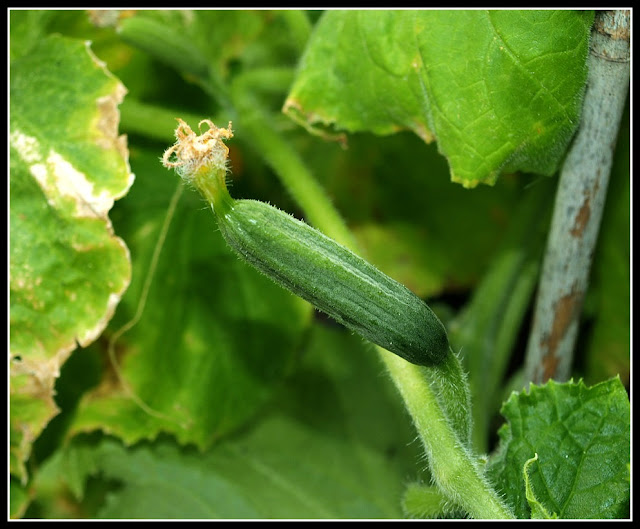 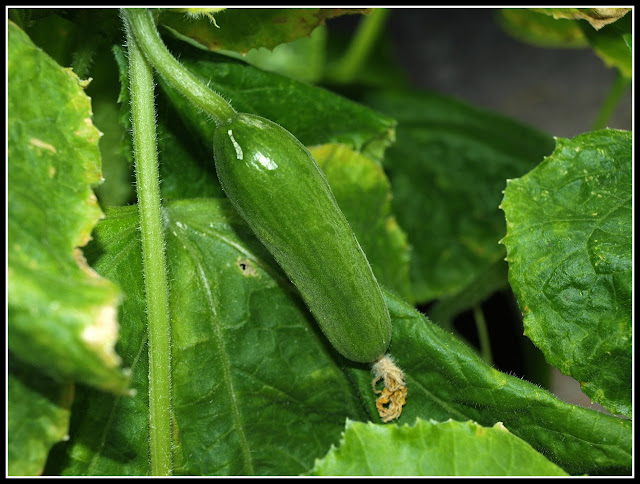 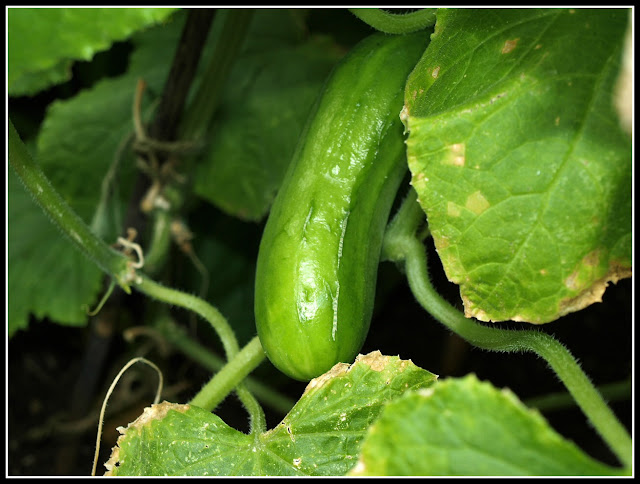 So very few Radishes, but lots of other nice things to compensate.