Well, the Sweet Corn element of my Three Sisters experiment may not have been a success, but I think the "Cherokee Trail of Tears" beans are. When I went away on holiday the bean plants had several yellow leaves, but 10 days later they were almost completely yellow, and in fact many of the leaves had fallen off. 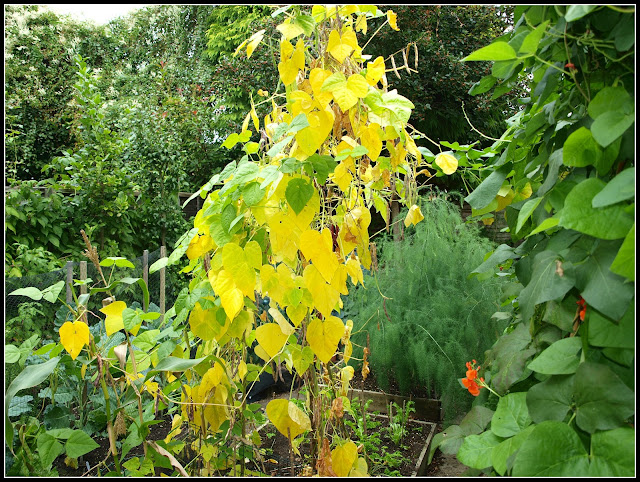 Although not all the pods looked ripe I decided that it was time to harvest them, especially as the weather forecast for the next week or so looked pretty grim. This is definitely a job much more easily done in dry weather than in wet. 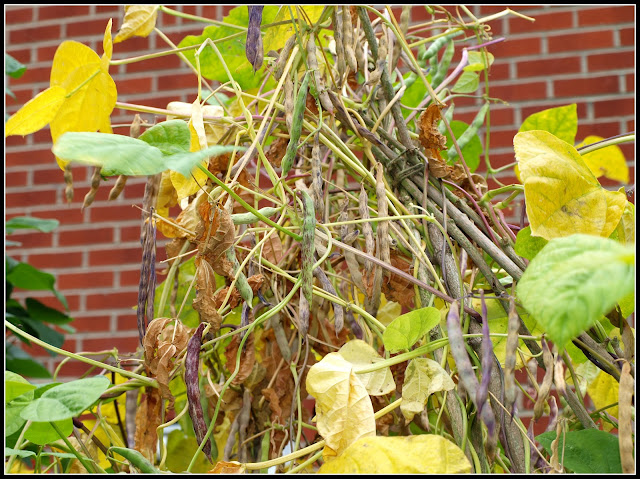 I cut the bean pods off one-by-one, being really thorough and trying hard not to miss any. Actually this is not easy, as the pods come in many colours, and are very well camouflaged. When they are tiny, the pods are usually either plain green or plain purple. As they get older they develop streaks and freckles and change colour and you hardly seem to get two the same. This is unusual. In my experience, beans usually produce relatively uniformly-coloured pods. 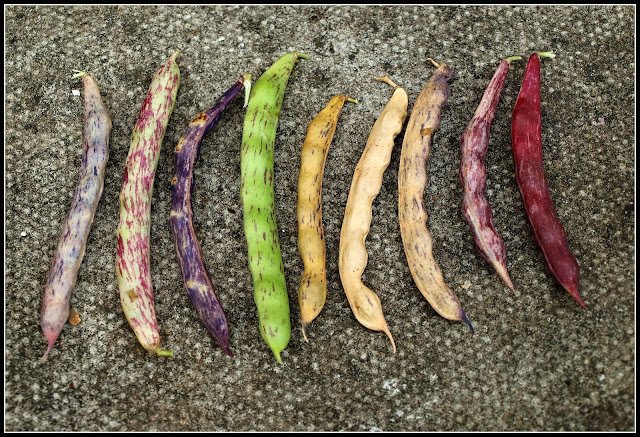 Irrespective of their earlier colour, the pods all eventually go brown, in various shades. The really ripe ones are dry and brittle and you can hear the beans rattle inside them.

I ended up with a huge basket of pods. This lot weighed-in at 1.5kgs. Of course when they are shelled, the weight of usable beans will be much less. They are not ready for shelling yet (well, most of them aren't), so I shall leave them to dry for a week or ten days before I do this. (I wonder whether Jane would notice if I squeezed them into the dehydrator airing cupboard somewhere?)

The third element of the Three Sisters - the Squashes - has been a total washout. As I cleared away the bean foliage and poles I found this tiny "Butterbush" squash, the only fruit produced by four plants: 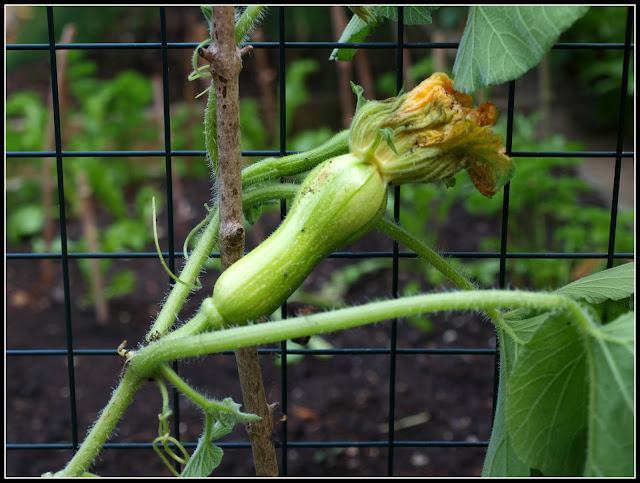 If this fruit makes it to maturity before the advent of frost, it will be nothing short of miraculous.

So will I grow the Three Sisters again? I think the answer has to be a resounding "No". The idea that the beans would derive enough support from the corn stalks was at best over-optimistic. Without the wooden poles I provided, the beans would have flopped all over the place. I also think that having beans climbing all over them was one of the factors effecting the poor pollination of the corn. In a year with better weather, the squashes might have produced a better result, but I think if (and that's a big IF) I grow them again, I will grow them seperately where they will not be overshadowed by other plants. In fact, all three types would probably have performed better in isolation. The Three Sisters concept may be appropriate for the prairies of the USA, but it didn't work for me!

P.S. Anyone fancy a chocolate-and-strawberry chilli? 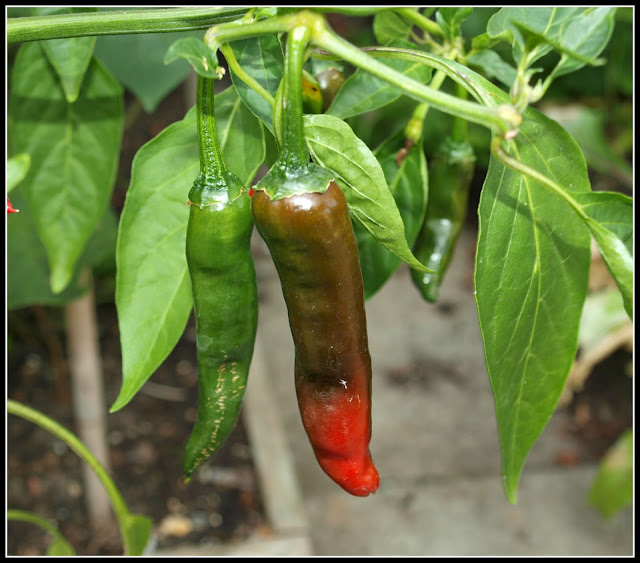