I have written quite a lot this year about various rather drastic pruning activities. Such things do have to take place once in a while. The object of the exercise in each case has been to make some bushes more compact and less straggly. When you do a task like this it always looks as if the plant will never recover, but they usually do. Mine have. Phew!

Here is the Philadelphus tree, which now has tiny green shoots appearing in all the right places (mostly at the tops of the sawn-off trunks: 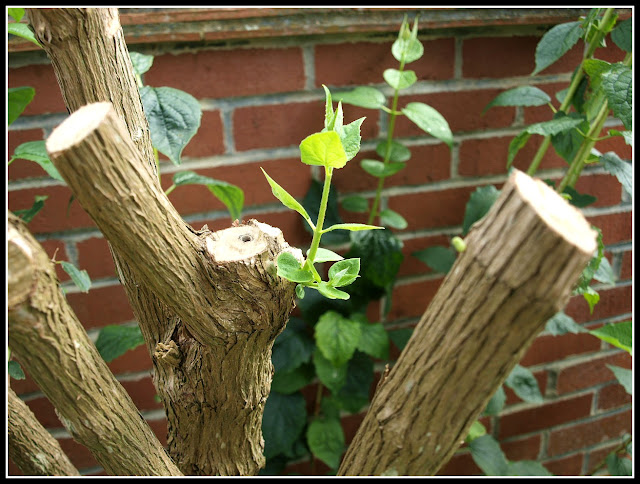 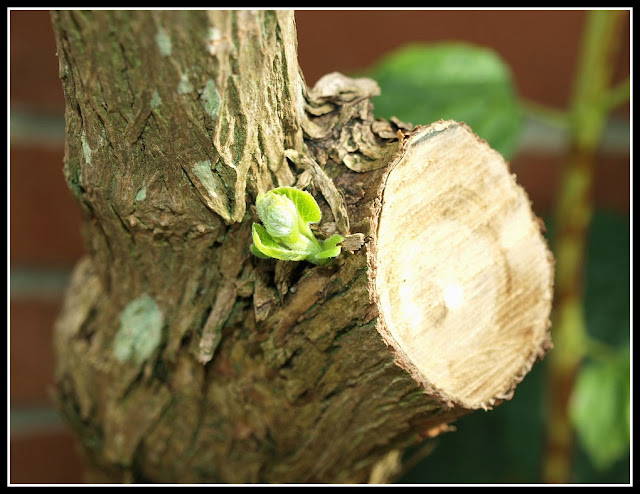 I wonder how a tree / bush decides where it is going to put out a new shoot. They just seem to appear in any old random place! 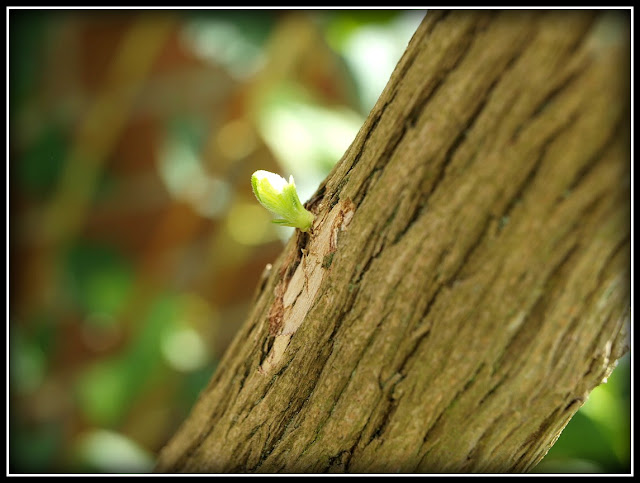 The Blueberries that I pruned just a couple of weeks ago are covered with tiny tiny pink buds. You have to look closely, but they are definitely there: 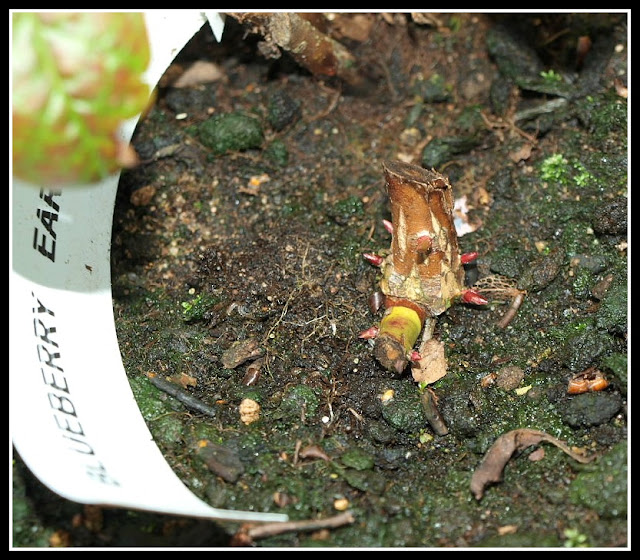 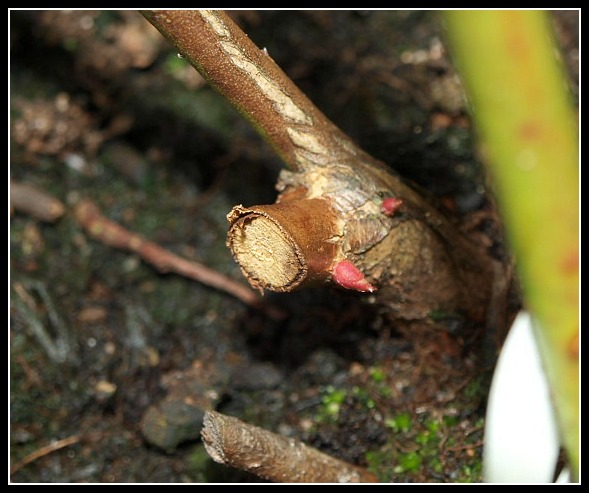 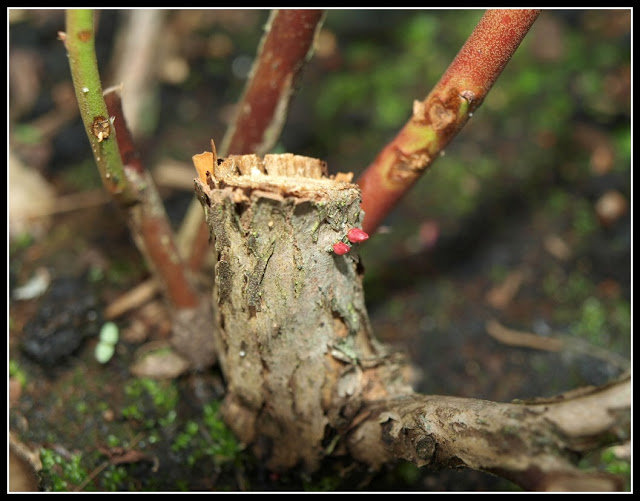 The important question to answer now is will the shoots grow big enough before the Winter comes? They have probably a month - at a pinch six weeks - before the first frost, I would say.
Posted by Mark Willis at 17:30