Can you have Aubergine Hummous? Or does Hummous have to be made with Chick Peas? Who cares anyway? I have used some of my home-grown Aubergines to make a Hummous-like substance...

Amazingly, despite the cooler weather we are now experiencing, the Aubergine plants are still surviving. They don't look so special, but they definitely have not given up yet: 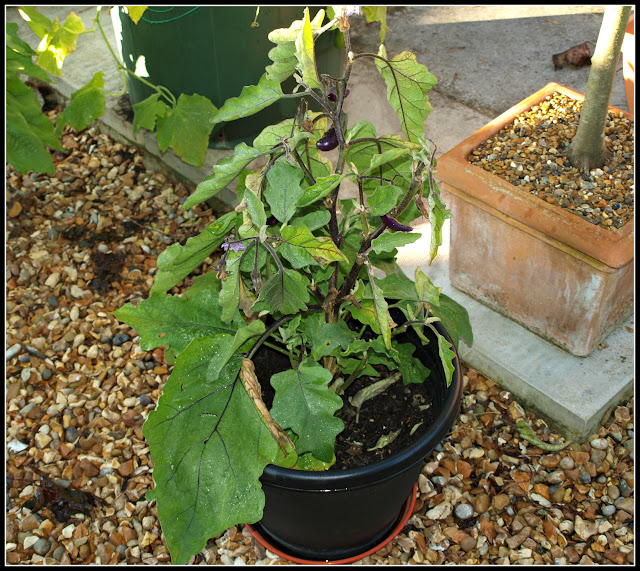 Both plants still have a number of small fruits on them: 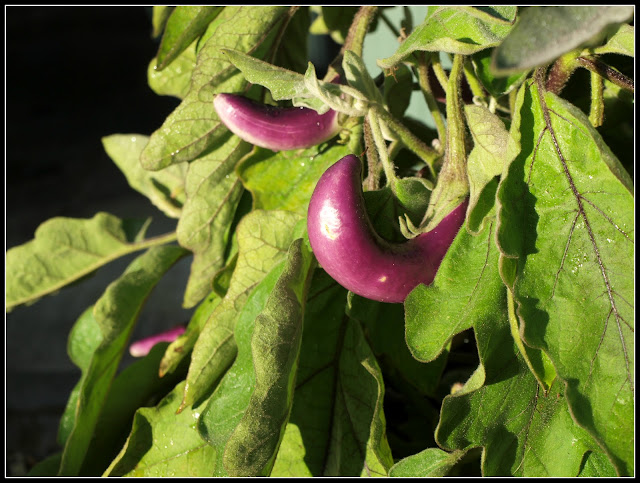 I had six smallish Aubergines in the fridge that needed using up, so I decided to make them into a dish a bit like Hummous. As usual I didn't follow a recipe, I just used my instinct. This is what I did:

I chopped a small red onion and softened it in about a tablespoonful of sunflower oil in a frying-pan. When the onion was soft I added  the following:-

I cooked the mixture over a low heat for about 30 minutes, by which time the stock had been absorbed and the aubergines had gone very soft. 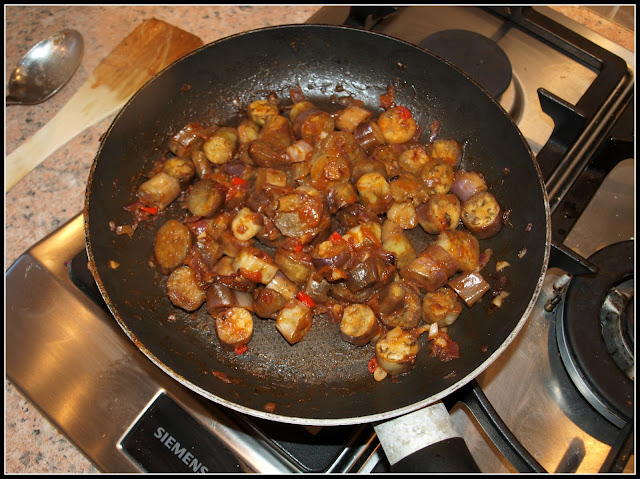 I turned off the heat and allowed the mixture to cool for a few minutes before blitzing it in the food-processor until it became a smooth paste, which I decanted into a suitable dish and garnished with parsley and some fresh chilli. 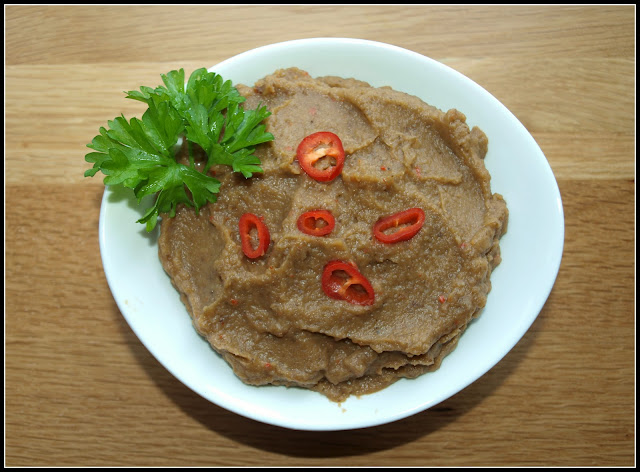 This dish can be used just like Hummous, ideally spread thickly on some herby flat-breads. It was surprisingly pleasant. Tasty; almost creamy in texture, without any of the bitterness or sliminess that I often associate with aubergines. I say that because you know that until recently I have been rather anti aubergines in general. I was particularly pleased that when my daughter Emma tried it she declared it to be "absolutely lovely" - and that comes from someone who I would say is normally even less likely than me to praise the aubergine.
Posted by Mark Willis at 17:30