Making the best of things

I know that many of us here in the UK have complained a lot about the weather this year (it's our national favourite pastime of course), and gardeners were definitely amongst the chief culprits. On reflection though I think I have to admit that either because of, or perhaps in spite of, the weather some of my crops have done really well.

I've lost track of how many times I've written about Runner Beans. They are still going strong, and some of the pods being produced at present are amongst the best yet - long, straight and succulent: 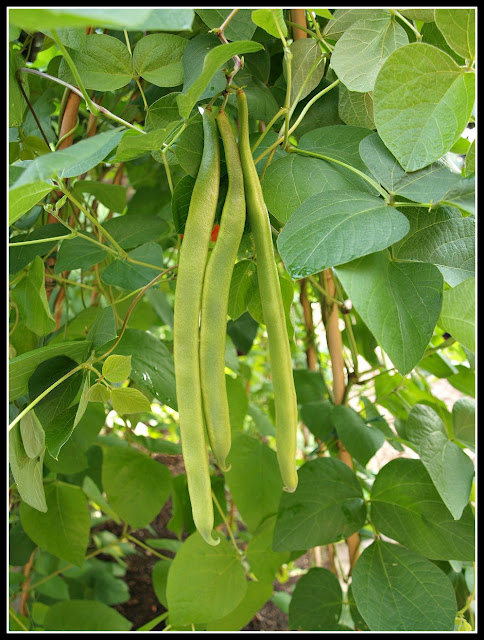 And what's more, the plants have loads of new flowers on them so maybe I'll get another crop before the cold weather sets in. 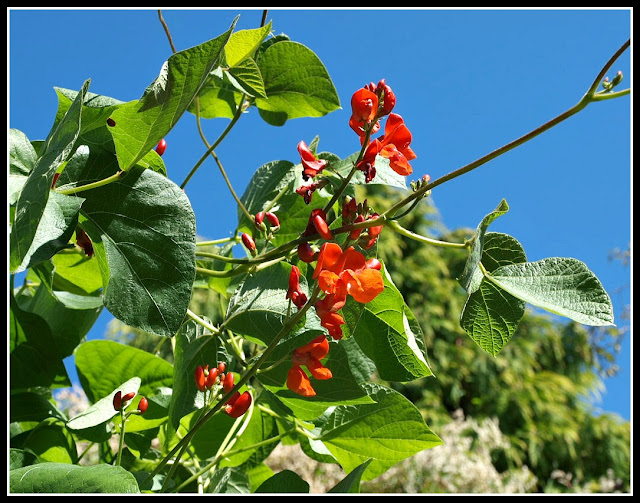 The Cherokee Trail of Tears beans are heavily laden too: 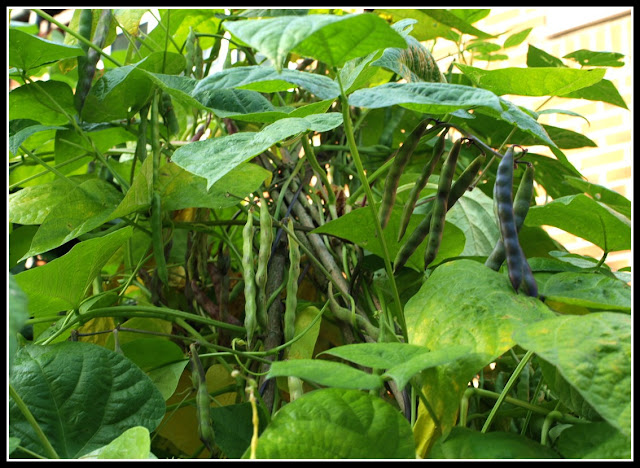 Some of their foliage is yellowing now, and the pods are beginning to go brown, so harvest-time can't be far off. 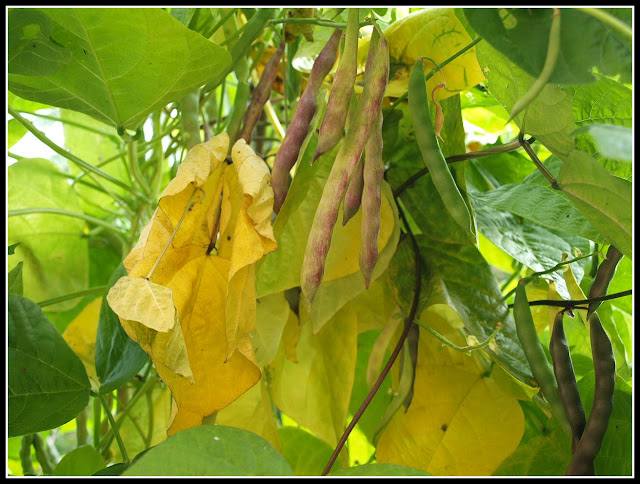 I keep thinking that there aren't many tomatoes left, but then the ones I thought were just "tiddlers" keep on swelling into good-sized ones: 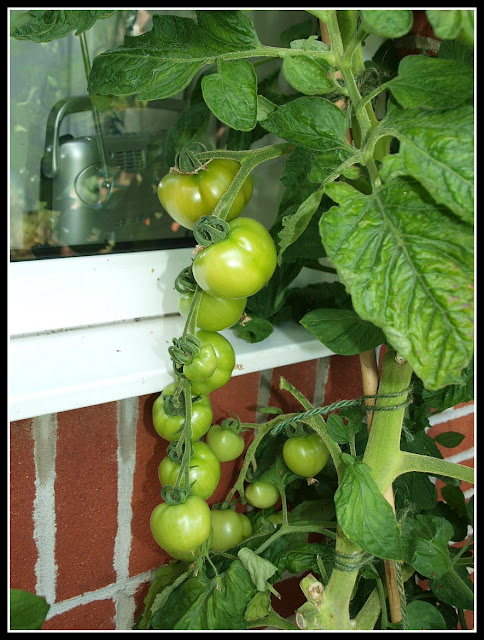 And what about these beautiful Aubergines? They are really picturesque, aren't they? 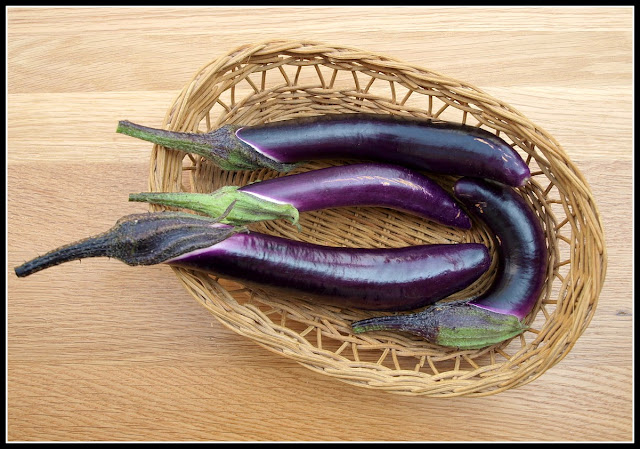 I haven't had a huge crop of Aubergines, but I'm proud to have produced at least a few, especially since I know that this plant is really best suited to hot conditions.

With a fair few sunny days at the beginning of the month, my chillis suddenly decided to turn red. 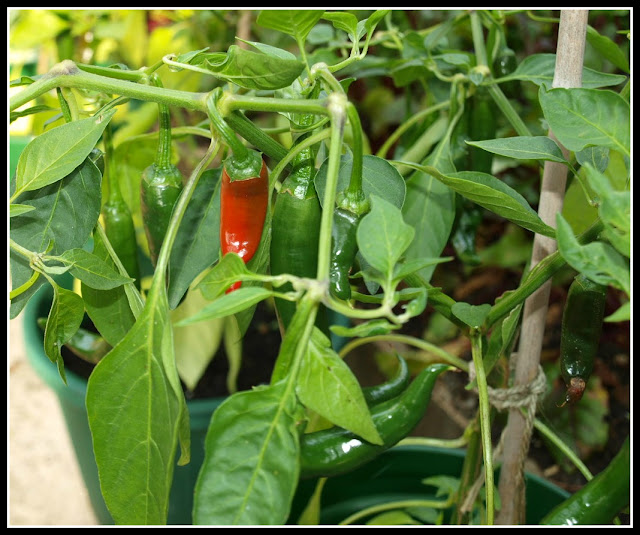 A month or so ago I trimmed-back the Mint, which had gone straggly and was starting to flower. Now it has had a new lease of life. This is just three 9-inch pots: 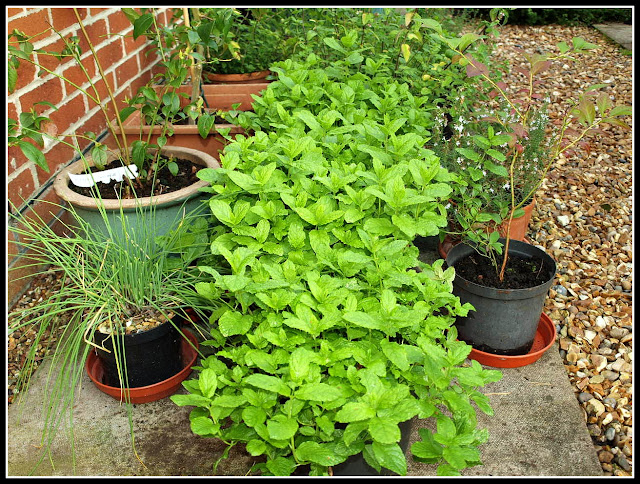 ﻿
The "Autumn Bliss" Raspberries are especially big and succulent this year, due to all the Summer rain: 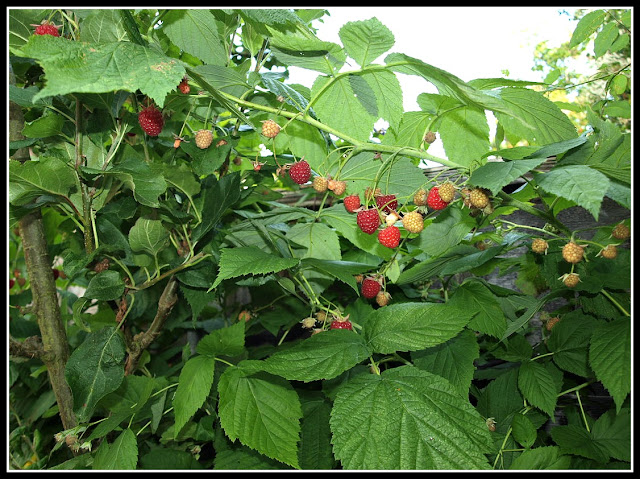 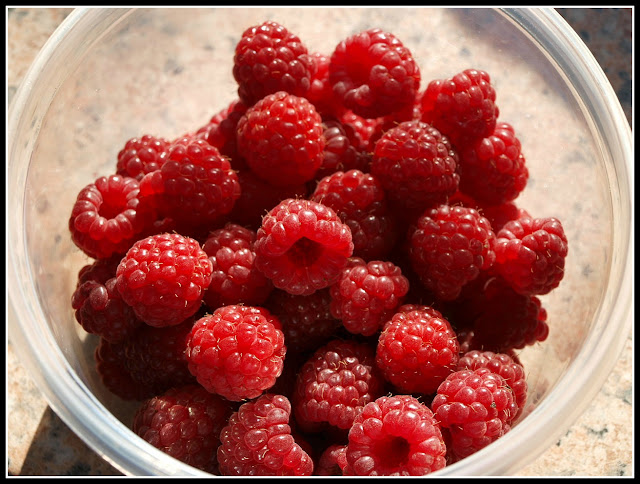 Now I know this is not a crop that has made it to harvest just yet, but I want to show you a picture anyway because I'm proud of it... Brussels Sprouts: 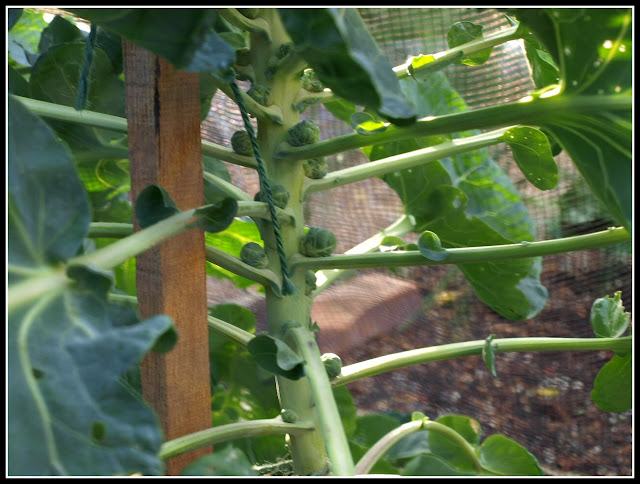