Although the availability of exotic and less ordinary fruit and veg in our shops here in the UK has improved a lot in recent years, there is still one vegetable which is hard to find (at least outside London) - the Endive.


Allegedly most British people do not like Endives, but I think this is untrue. It's probably just that most Brits have never knowingly tried them. You do see bits of Endive in restaurant salads and those little bags of mixed salad that you can buy in supermarkets, but you very seldom encounter a whole Endive being sold separately. Endive has a reputation for being bitter, but this is unjustified. Modern varieties are much less bitter than hitherto, and you can always reduce the bitterness by blanching. And anyway, Endives are much more robust than lettuces, so they will hold up well in a strong sweet salad-dressing. Maybe one made with olive oil, white wine vinegar, some honey and a chopped shallot?

I love Endives, and since I can't buy them my only option is to grow them myself. The soil in my garden is very sandy and dries out quickly, so it is not well suited to growing Spring or Summer Endives. I find that in hot dry conditions Endives bolt very rapidly, but the cooler moister conditions of Autumn are a different proposition. Unfortunately I am seldom able to devote much space to growing this veg, but I do try and cram a few in wherever possible. As usual, this year I sowed my Endive seeds in trays and brought them along in those trays until they were about 6 inches tall, with three or four proper leaves. I then transplanted them. Some went into a space where the miserable Sweet Corn had been, next to the Cherokee beans: 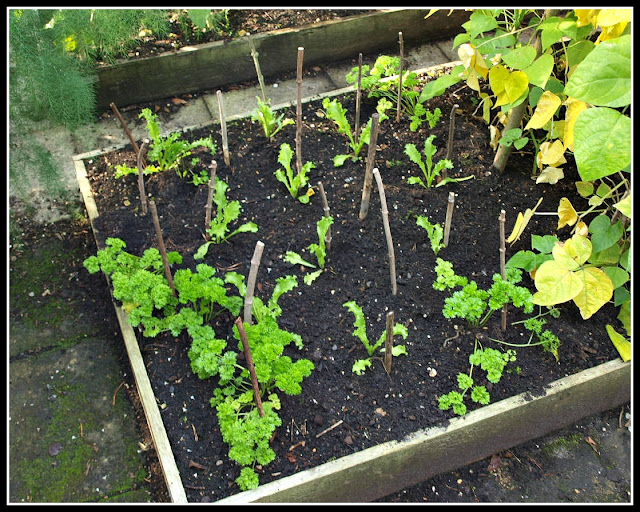 The sticks are an anti-fox measure, by the way.

Others went into the little spaces at the base of my Runner Beans, one between each pair of canes: 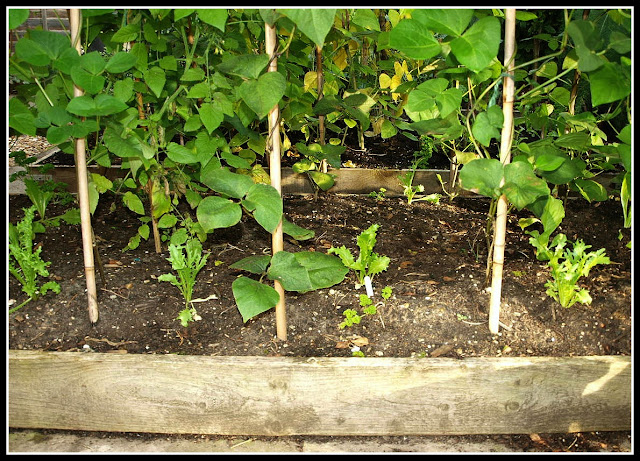 Still others went into my two wooden wine-boxes.﻿ 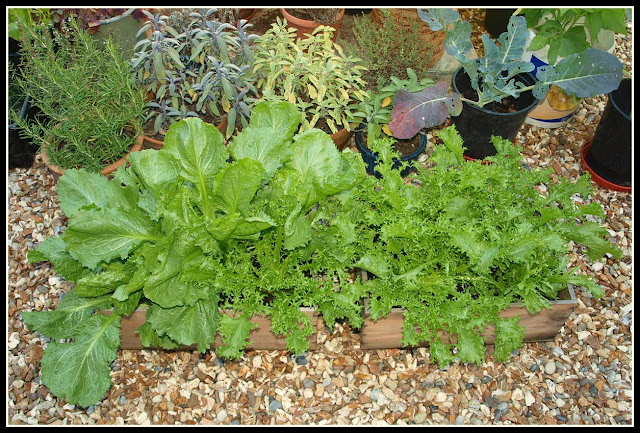 With all this lot to choose from I ought to get a few decent ones! Whenever the weather is dry I will be taking special care to water the young plants to avoid giving them an excuse to bolt. The first of these won't be ready for cropping for a couple of weeks (and then only after some blanching), so in the meantime I can only offer you these close-up photos to whet your appetite: 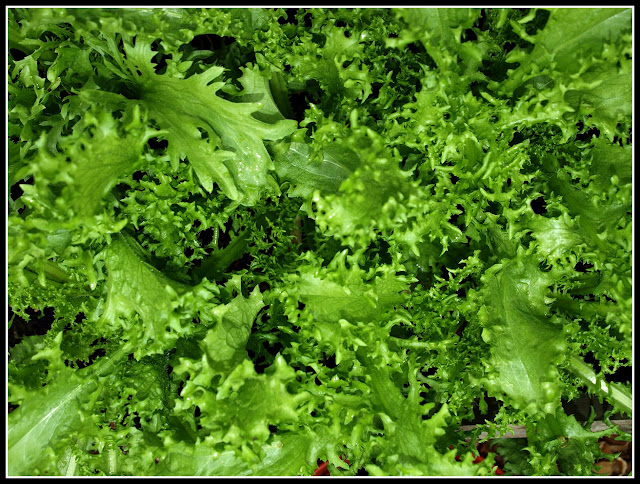 By the way, when buying Endive seeds, don't assume they are all suitable for growing in the same way. Some are definitely for Spring sowing, and others for Autumn. Some are very hardy, and some will perish at the first sign of frost. Choose wisely!