I recently saw this fine example of the European Garden Spider catching its prey. According to Wikipedia "European garden spiders have mottled markings across the back, with five or more large, white dots forming a cross. The white dots result from cells filled with guanine, which is a byproduct of protein metabolism." You can clearly see the white cross on this one's body.

When I first spotted it, the spider was stationary in the middle of its web. 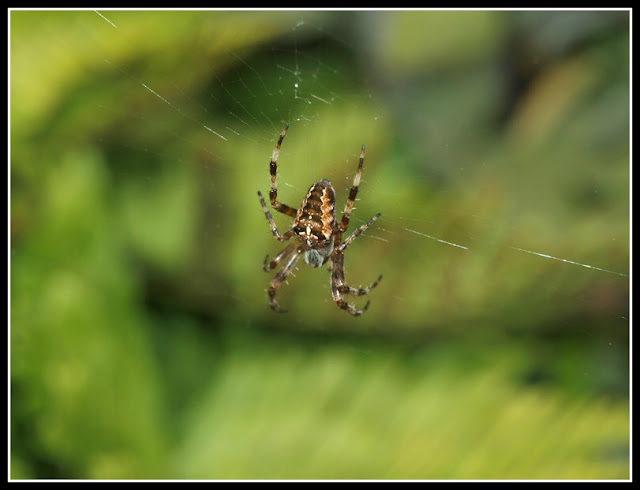 Then a small insect flew into the web, causing it to vibrate - and alert the waiting spider, which immediately rushed off towards the unfortunate victim. 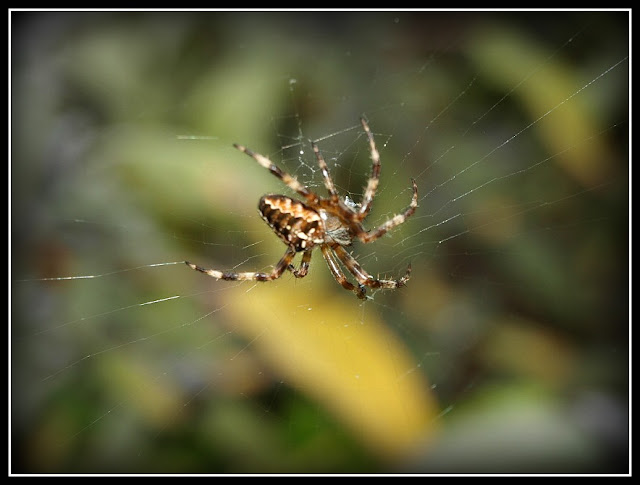 Within a few seconds the spider was tucking into its meal - an aphid by the looks of it. 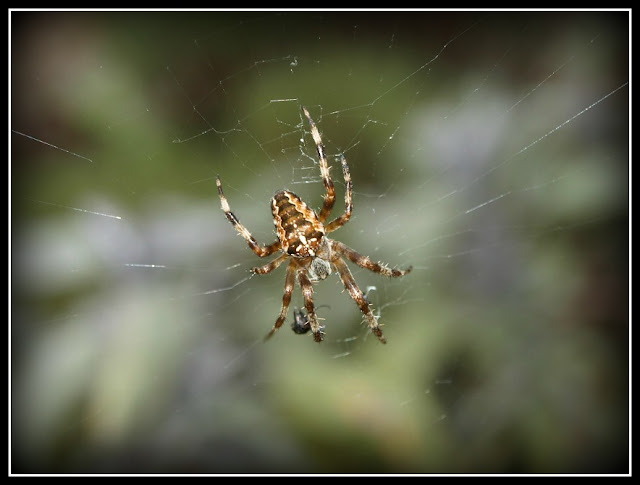 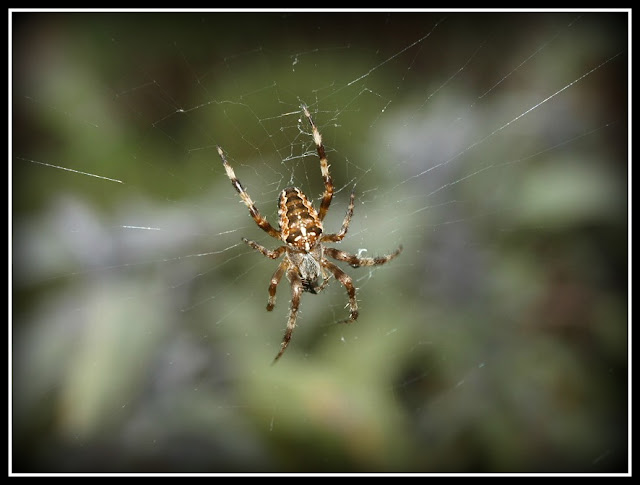 I wasn't specifically trying to photograph a spider. I just happened to see it as I was lining up a shot of my olive tree, whose fruits are forming now: 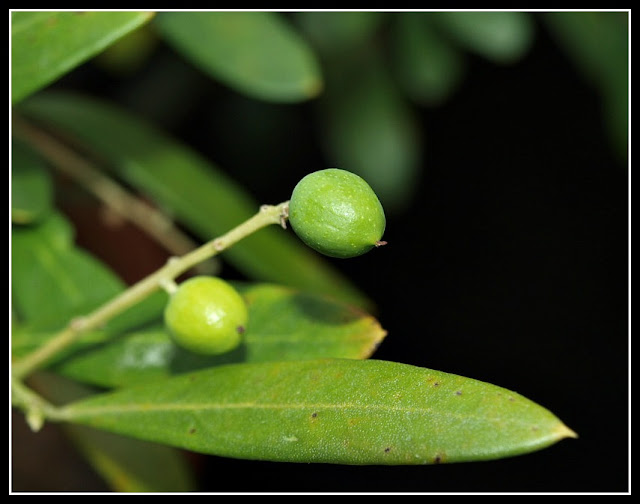 Don't get too excited. That olive is about 5mm in diameter!
Posted by Mark Willis at 17:30