Too little, too late!

It has been another dreadful year for the squashes. I haven't had a single fruit on any of mine. I have Butterbush, Patty Pan and Autumn Crown squashes, and none of them have produced anything.

The Patty Pan has put out lots of female flowers, but the fruits have all failed to set. In desperation I have hand-pollinated one, and it might - just might - set. It looks promising at present, but I won't be able to tell for sure for at least another few days.


The Autumn Crown squash has not until now even produced any female flowers, and only one or two male ones. And now, when it is far too late, it decides to get its act together:

I wonder if it is different weather conditions that has been the deciding factor? Over the last month or so there has been a bit more sun and a bit less rain than there was earlier in the Summer. Maybe this has encouraged more flying insects to get in there and move the pollen about.

Fortunately the squashes' cousins, the cucumbers, have done rather better. My two plants have produced about 16 of so fruits so far, and there are loads more immature ones coming on, including these non-identical twins: 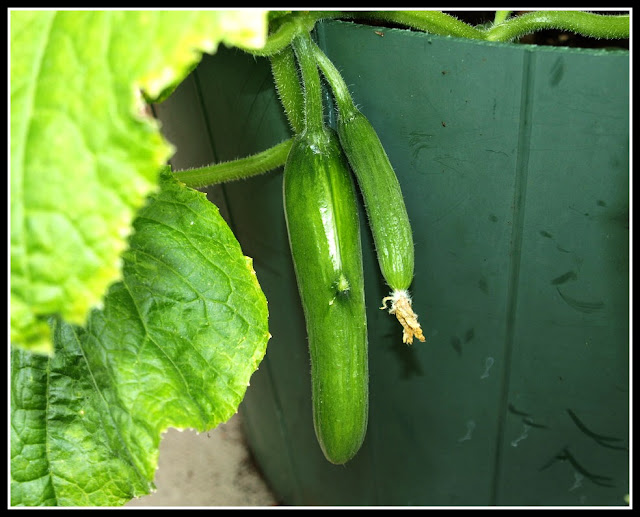 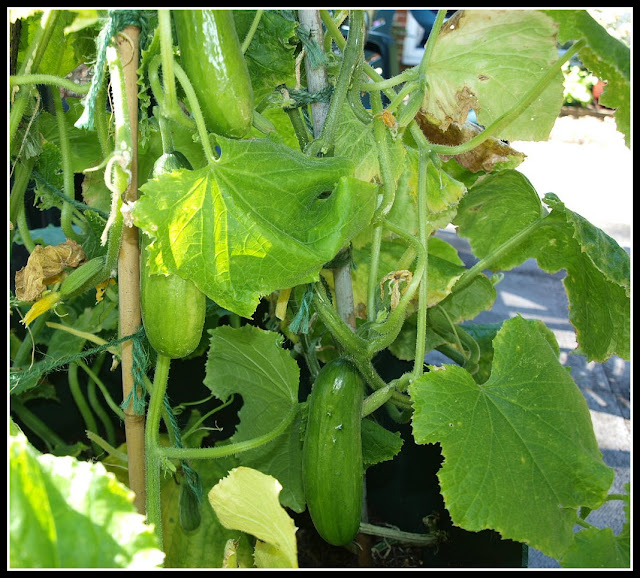