Whilst on holiday in Turkey the other day we encountered for the first time a dish which was described as "Bulghur and Beetroot salad", which seems to be rather similar in concept to Tabbouleh, in that it is based on Bulghur (aka Cracked Wheat) and includes lots of herbs - in this case predominantly Mint - but the star ingredient was Beetroot. It was a delicious dish, so I've tried to recreate it here at home. 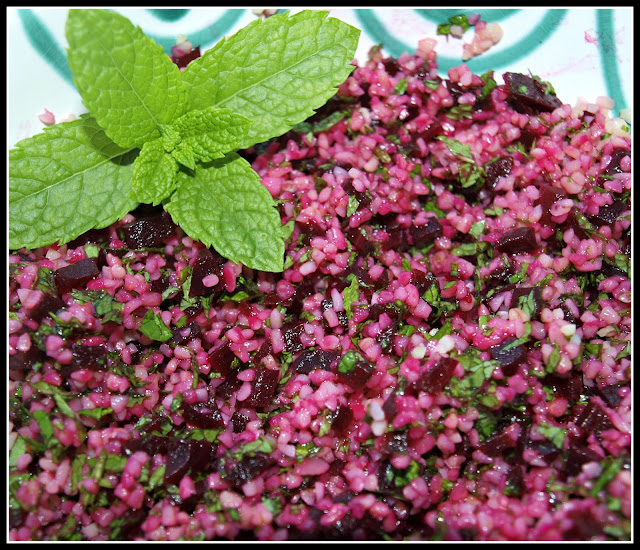 This is where it starts: 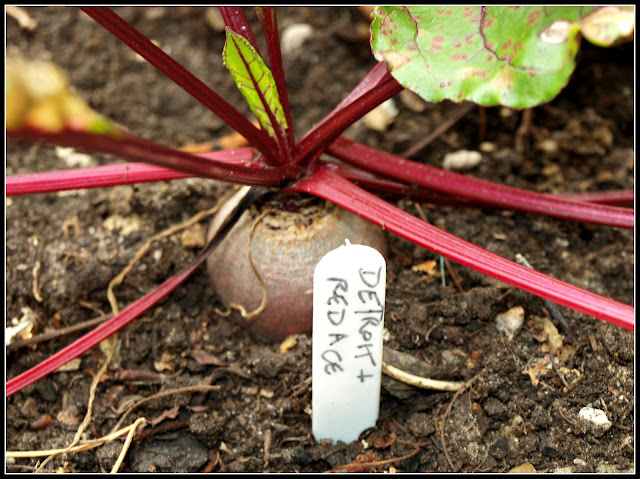 These ones are a mixture of "Detroit" and "Red Ace". 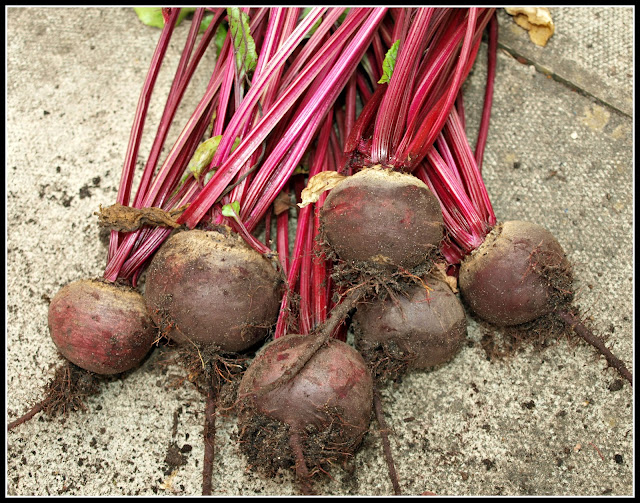 I think it is actually 5 x Detroit and 1 x Red Ace (the redder one, at left of the photo above).

The first task was to cook the beetroot - boiled for about 40 mins in a large pan. After draining, the beetroot was cooled, peeled and cut into very small dice. I also put about 50 grams of Bulghur in a pyrex bowl and then "cooked" it by covering it generously with boiling water and leaving it to stand for about an hour, during which time it absorbed all the water.


I gathered a couple of large handfuls of fresh Mint from the garden and used my hachoire / mezzaluna to chop it finely. Then it was simply a matter of combining the ingredients together, with a little splash of oil to keep them moist. The result was very pleasing to taste - and visually stunning! 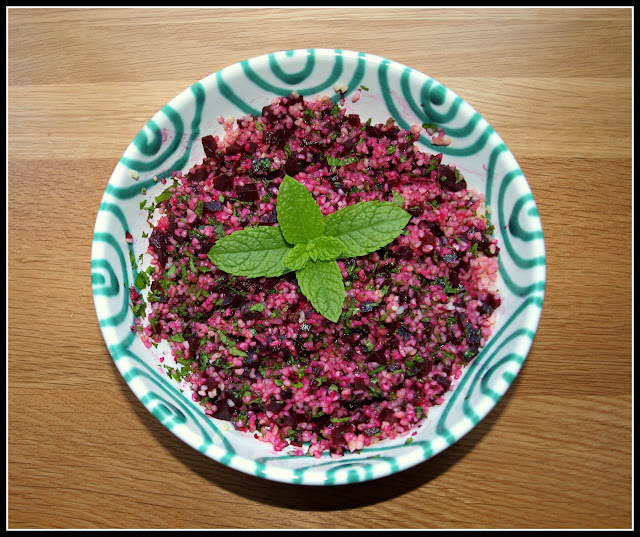