Each year I try growing one or two new types of plant, just for the sake of variety - you never know if something is good until you've tried it, do you? This year I'm experimenting with a type of bean called "Mechelse Tros" - aka the Mushy Pea Bean. 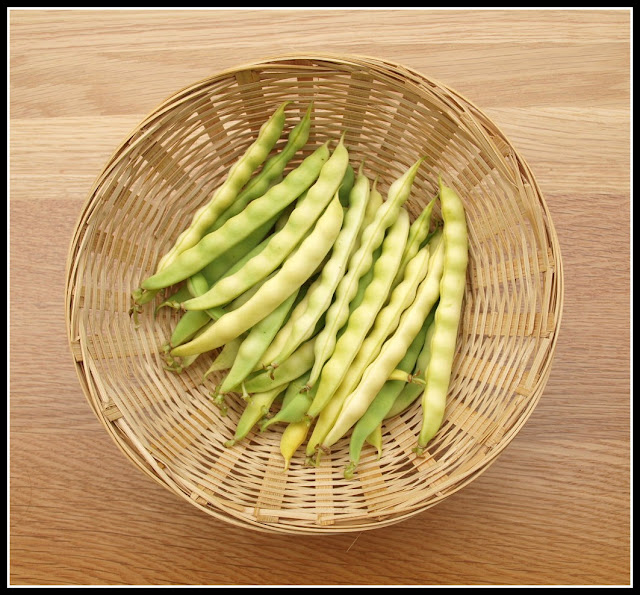 If you come from the North of England I'm sure you will know what Mushy Peas are, but for the sake of the rest of the world, let me explain: Mushy Peas are peas that go mushy when cooked! They fall in much the same way as lentils break down when you make Dhal. In England Mushy Peas are a traditional accompaniment to Fish and Chips.

The plants are very similar to climbing French Beans,(in fact, if I'm not mistaken I think they are closely related) and are grown in the same way - supported by canes or a trellis of some sort. This is what the pods look like. These ones of mine are what you might call "semi-mature". The pods are not dry, but the beans are certainly fully grown. 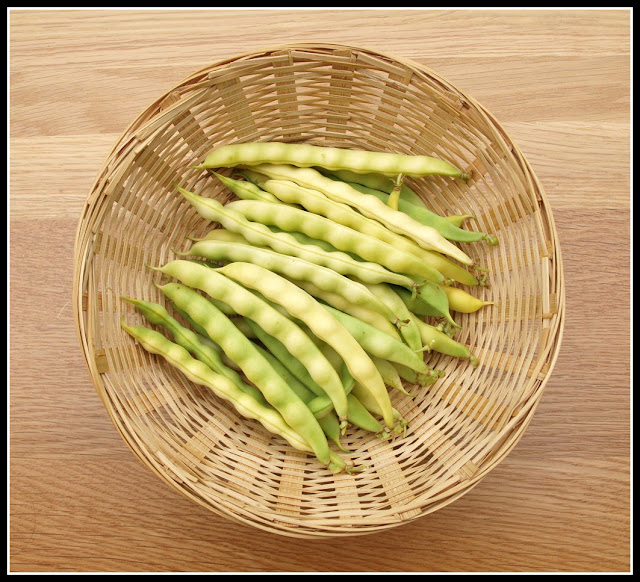 Inside the pods, the beans are white, very similar to Haricots Blancs, or Cannellini Beans. 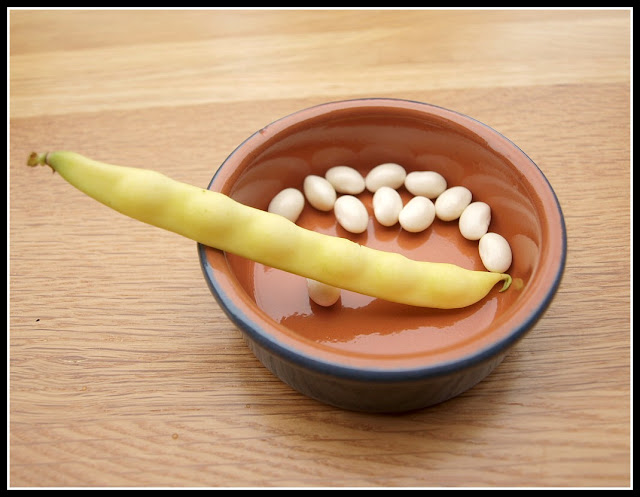 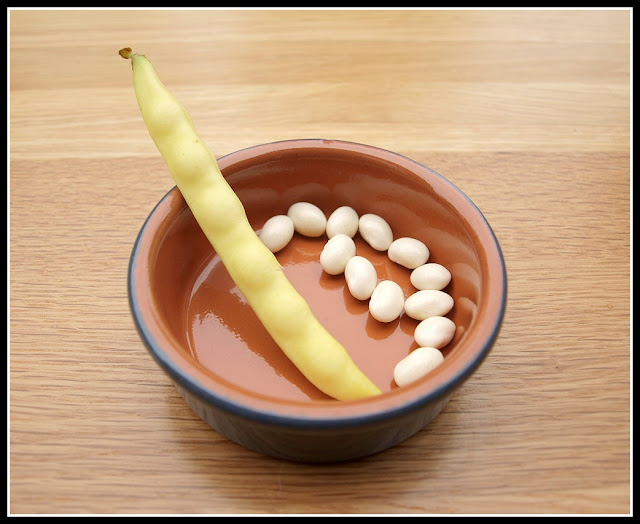 I have searched on the internet for information about how to cook this type of bean, but there is not much available, so I have used my instinct. I think that when picked immature (let's imagine Flageolets) they would perform very much like the Marrowfat peas traditionally used for Mushy Peas, whereas when picked mature and dried I expect they would be rather like Borlotti or Pintos. "There is only one way to find out" I thought...

After shelling them, I cooked the beans in water for about 40 minutes, after which time they began to fall, or disintegrate, at which stage I turned down the heat and poured away most of the water. I then added some salt and slowly boiled off the remaining water until the right consistency was achieved - a bit like porridge. The result was very much like the traditional Mushy Peas, although a much paler colour: 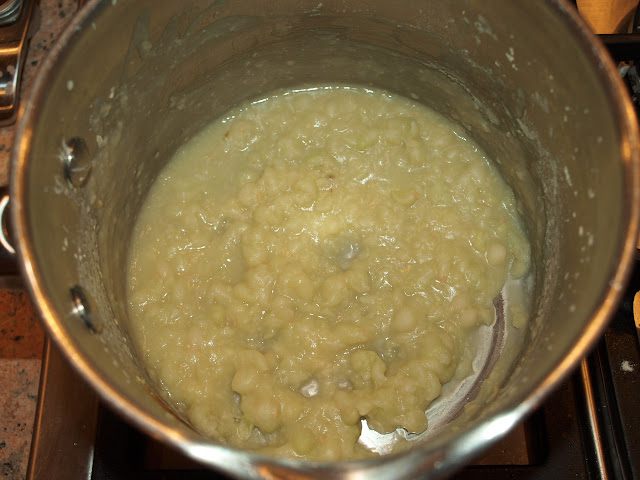 When we ate the beans (with a beef casserole rather than Fish and Chips, thankfully) we really enjoyed them, and wished that I had grown an awful lot more. The small quantity we had was barely enough for a taster - just a spoonful each.

One other useful piece of advice: most of the pods were still a little green, and therefore pliable, which made them very difficult to open. If I had these again I think I would wait until the pods were fully dry, so that they would snap open easily..
Posted by Mark Willis at 17:30