Jane has won another cookery book (as if we didn't have enough already!). Actually I'm not complaining, because it is a lovely book. It is written by Paul Gayler (published by Jacqui Small), and is called simply "Sausages". 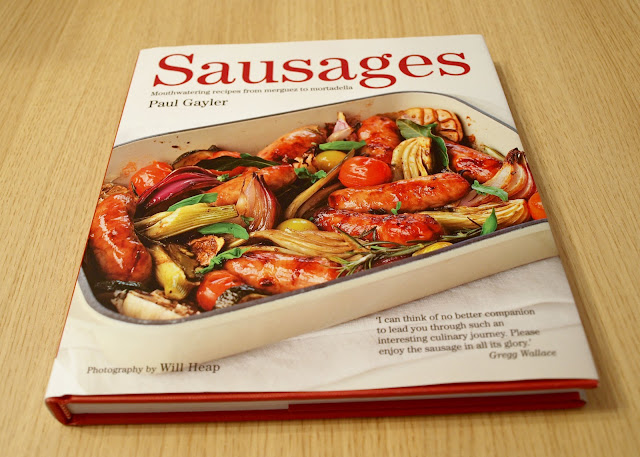 Paul's book covers a whole range of sausage-related topics, including how to buy them, how to make them, and how to cook them, with a bit of history thrown in for good measure. The book is lavishly illustrated with some amazing photos by Will Heap. Recipes and pictures are both truly inspirational, and we set-to to make a dish from this book only the day after it arrived. Actually, it's arrival was nicely timed, because only the day before we had bought a pound of lovely pork chipolatas (from a real butcher, not a supermarket), and we had been wondering about the best way to use them. 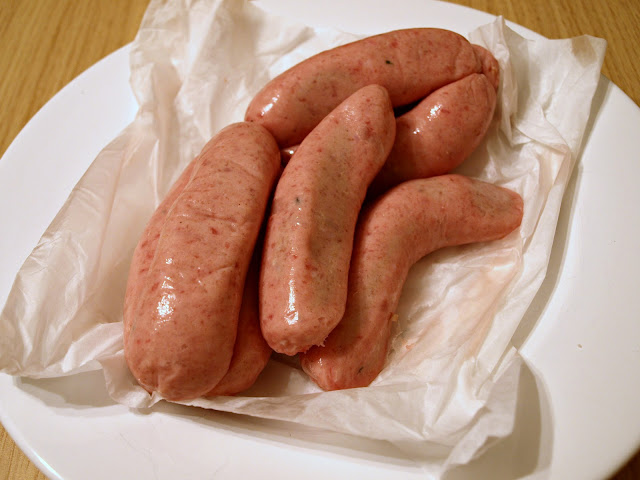 The book has a very wide range of recipe styles, from the traditional British "Bangers and Mash with Onion Gravy" right through to "Indian Sausage Masala", so it was hard to decide, but eventually we opted for "Sausage, Portobello Mushroom and Winter Root Soufflette". 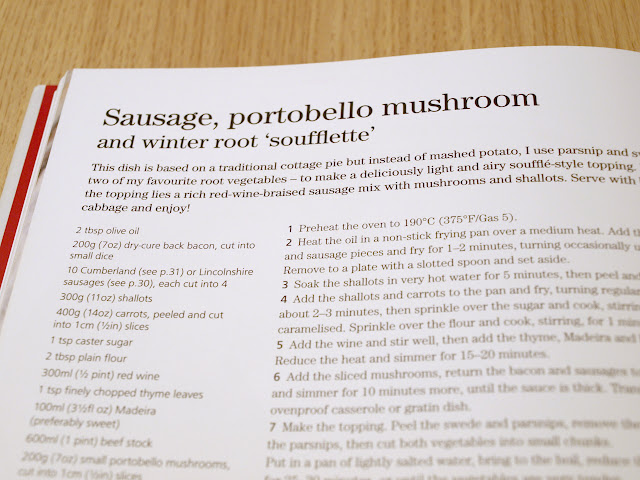 This dish has red-wine-braised sausages and shallots topped with a light Cottage Pie-style topping made with Parsnips and Swede. 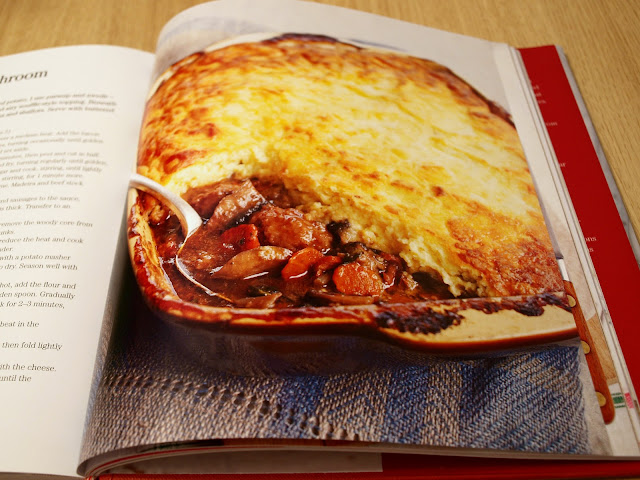 We used some of my home-grown Parsnips in the topping, and served the dish with my own Purple Sprouting Broccoli as an accompaniment too. 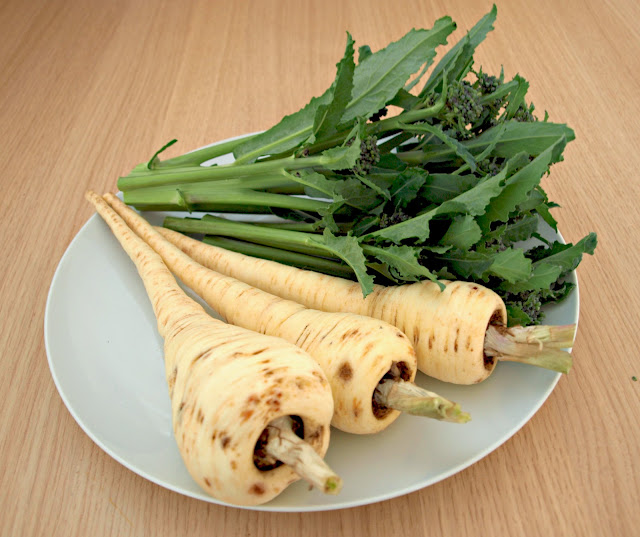 This is Jane's interpretation of the recipe:- lovely light, tasty souffle-style topping with rich meaty sausages in a winey, onioney gravy underneath. 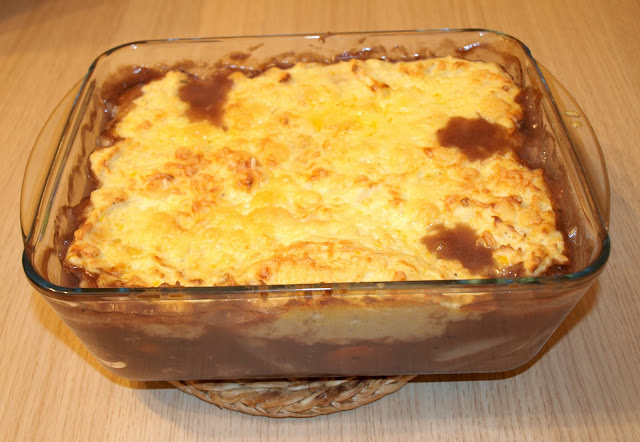 ﻿
Served with broccoli and Charlotte potatoes... 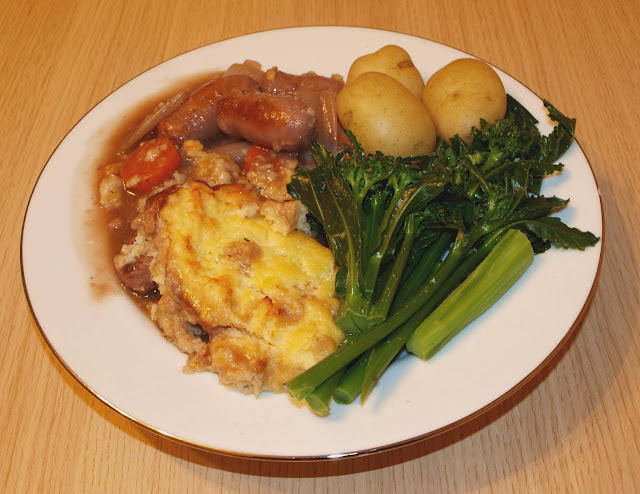 Although this was probably the most washing-up-intensive dish EVER, it was really nice to eat! I'm looking forward to more recipes from this book. I might even have a go at Paul Gayler's way of making skinless sausages (partly cooked in clingfilm before grilling / frying)...
Posted by Mark Willis at 17:30