Here are some of the goodies we traditionally eat / drink in the Willis household at Christmas time:

Sloe Gin. This is my own home-made one. I love it! Probably the best I have ever made. Really fruity, and not too sweet. Here it is being served with a little bowl of savoury Macadamia nuts as a pre-dinner apéritif - a wonderful pairing. 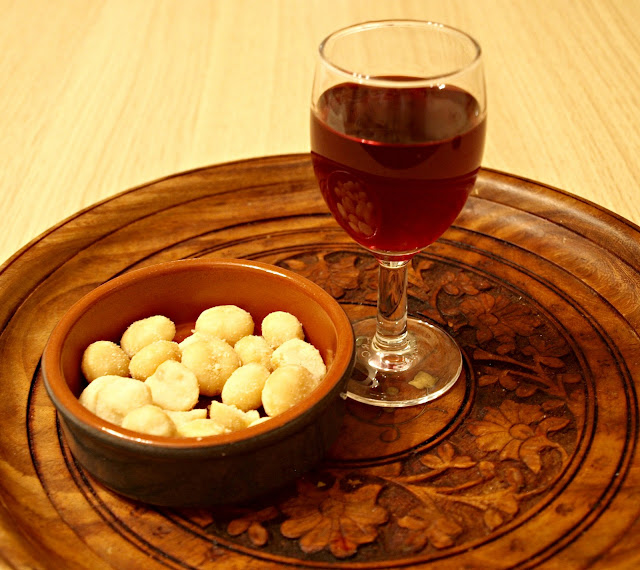 ﻿The carved wooden tray is one with significance for us too - it came from Shimla, in India. We bought it during a culinary tour of India that Jane won some years ago (you can read about how she did it on her blog The Competition Grapevine)
Mince Pies. Since Jane was diagnosed earlier this year as having diabetes she can't eat much in the way of sweets, desserts, cakes etc, but she made some Mince Pies just for me anyway. Isn't that generous?
Her style of Mince Pie has a lid that is not crimped tightly to the base but is easily removable. This facilitates the addition of a large dollop of Brandy Butter... She knows me well! 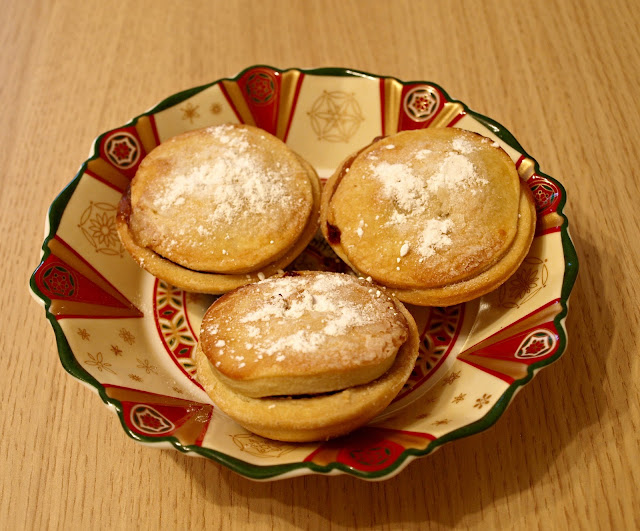 Christmas Pudding. Jane also got me this personalised Christmas pudding. Need I add that she won this as a prize in a competition? Just look at the poignant message she chose! 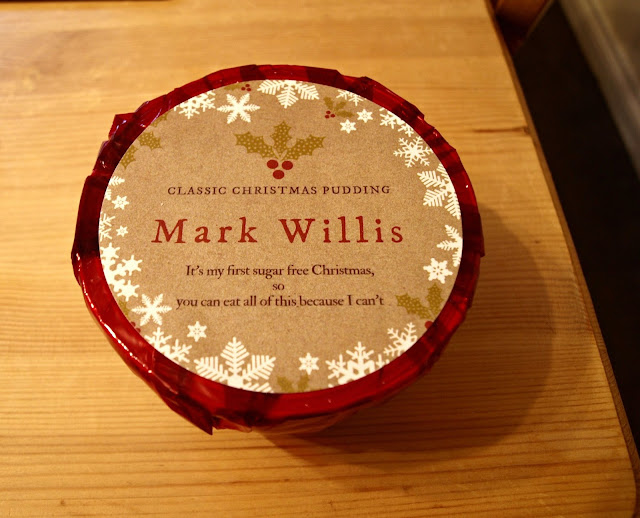 Chocolate "Gold Coins" and Satsumas. We have a family tradition that everyone's Christmas Stocking should include a bag of chocolate coins and a satsuma / clementine or equivalent. The Satsuma part of this goes back at least to my Grandmother's time. I think in those days (very early 20th century), citrus fruits were not available in the UK all year round as they are now, but used to come into the shops round about Christmas time, so it was a special treat to get one as a gift. People used to be content with simpler pleasures in those days I think! 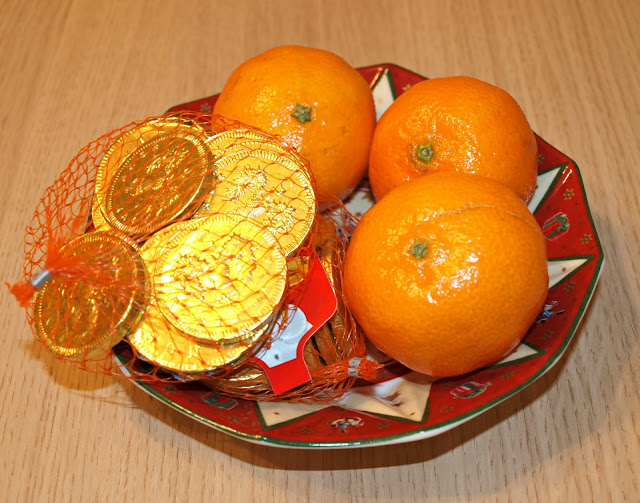 Port wine and Stilton cheese. You can't get more quintessentially English than that! Stilton is probably the best-known English cheese after Cheddar. It could hardly be more different though. The perfect way to end a special meal. 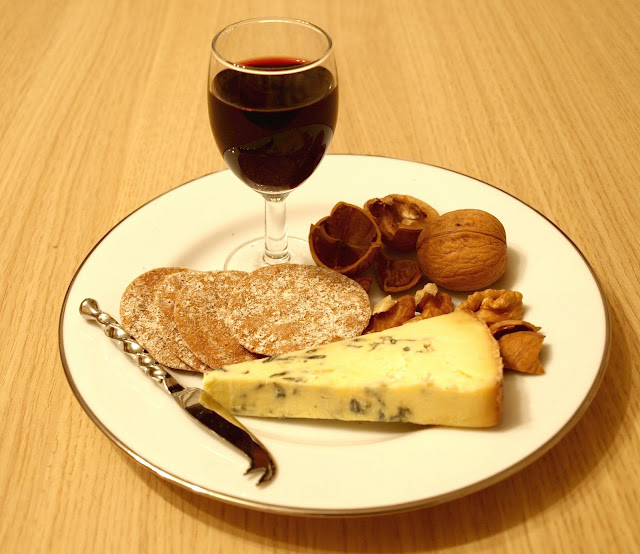