Loin of lamb with apricot and pistachio stuffing

I have become very enthusiastic about the meat from our local butcher - the Linkway Butchers, situated only about 200 metres from our house. Their meat is not cheap, but always good. Miles better than anything you can buy in a supermarket. We have had lots of different types of meat from them and we have never been disappointed. Definitely worth the extra money.

This last weekend I made this:-

Roast loin of lamb, with an apricot and pistachio stuffing
Cauliflower roasted with garlic and lemon
Minted couscous

The starting point was a lamb loin, from the Linkway Butchers. It had a bone in it but I got them to remove it for me, though I did bring it home and used it as a "roasting rack" for the meat. It also helps to enrich the gravy. 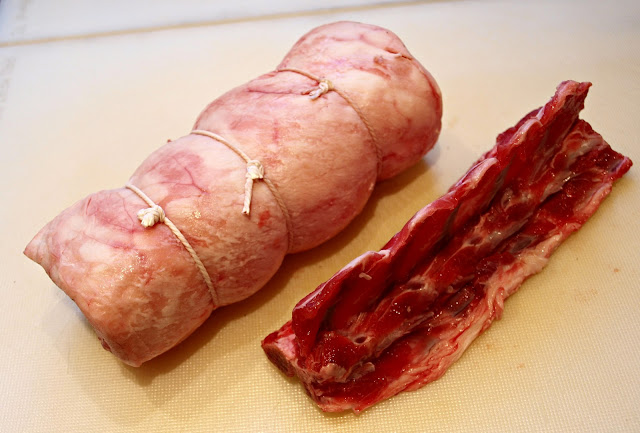 I untied and flattened-out the meat and filled it with the stuffing, made from finely-chopped apricots, pistachios, garlic, and Rosemary and a few whole raisins. 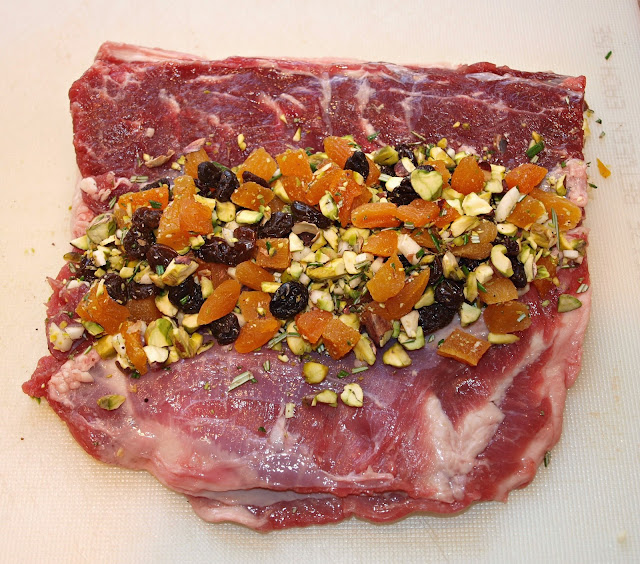 I then rolled it up again and re-tied it with string. I also rubbed the skin with salt and a tiny bit of oil, to help it crisp-up.

I then put a rack in a large roasting-pan, placed the bone on it and then laid the meat on top of the bone, like so: 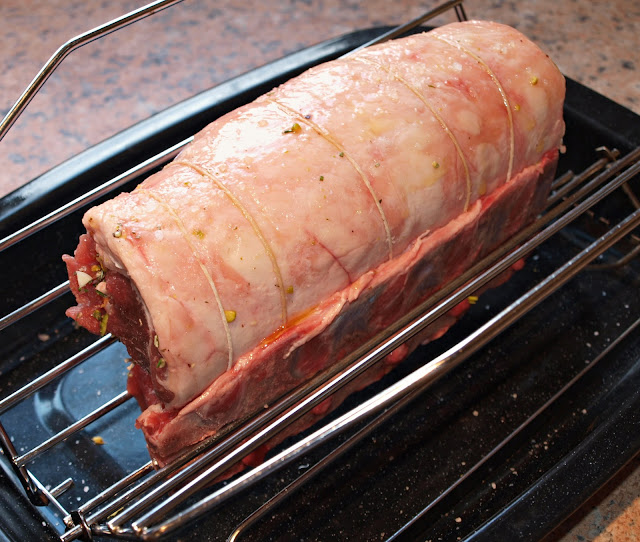 Then into the oven at 170 C for about 45 minutes. I don't like lamb too pink, so if you like it less well-done, cook it for a bit less time. Here's the end result (well, some of it - there was more) 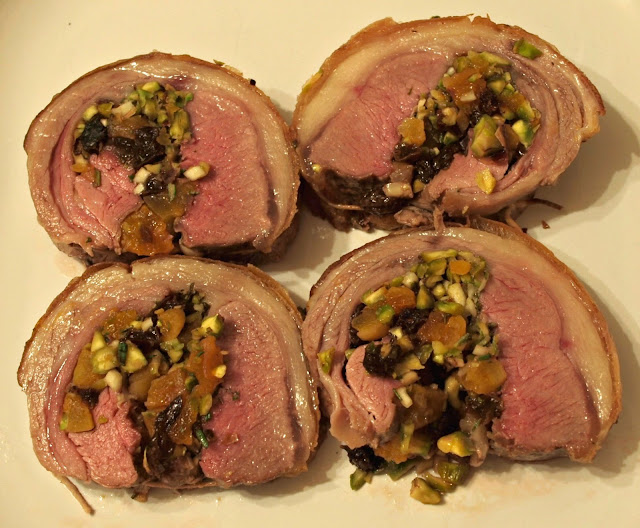 To make the Roasted Cauliflower is easy: cut the cauliflower into small florets, toss it with some finely chopped garlic and a squirt of PAM (purists would use olive oil), sprinkle it with the juice of one small lemon, season to taste and cook uncovered at approx 180 C for approx 25 -30 minutes until soft and lightly browned. Remove from oven and garnish with grated Parmesan cheese. 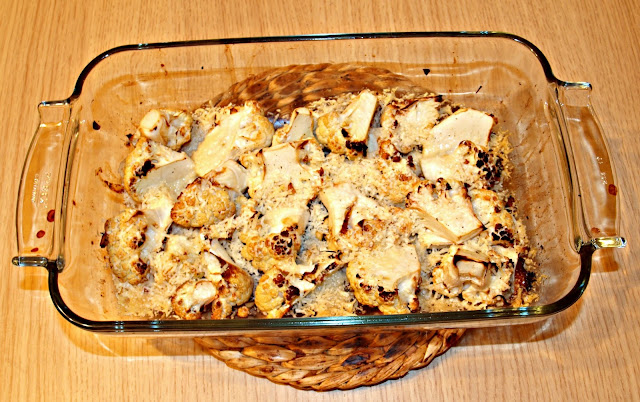 The Minted Couscous is even simpler: I used the quick-cook stuff, which only needs the addition on boiling water or stock (I used chicken stock). 7 or 8 minutes after adding the water you just fluff up the couscous with a fork (you can add a knob of butter if you like) and stir in a handful of chopped fresh Mint. 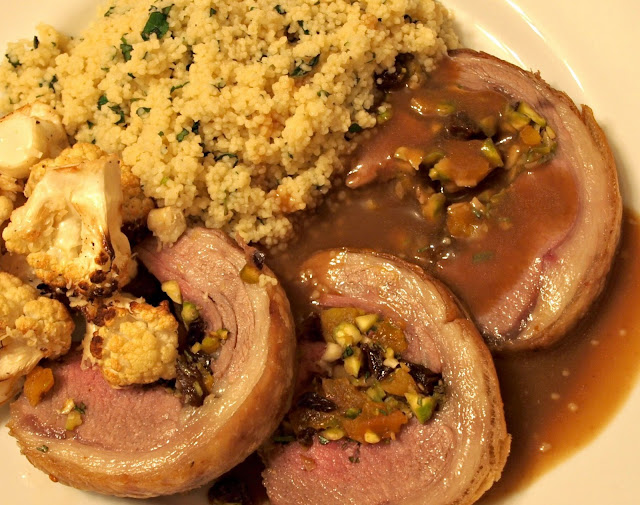 The meat was superb: soft lean bits, kept moist by the thick layer of fat, with crispy skin on the outside, and fruity and crunchy stuffing inside. As you can see from the photo above, I also made some gravy, using the juices that had come out of the meat. We thought this was particularly good when soaked up by the couscous.

After the Main, this was our Dessert - presented on a very stylish cheese platter that Jane won this week. It is a Limited Edition one made for Waitrose (the supermarket) by Royal Stafford potteries, to a design by Emma Dibben. 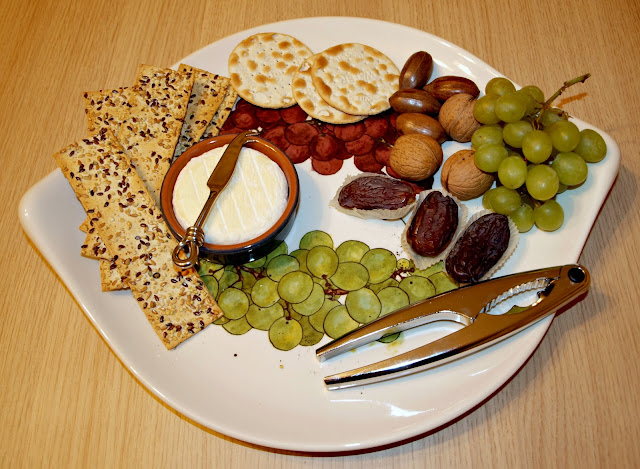 You have to look carefully here to see that some of the "grapes" in the photo are real ones, and others are part of the plate's design. The cheese is Saint-Marcellin, by the way, a soft creamy cow's milk cheese, from the Rhône-Alpes region of France, described as having a "winey" flavour. It was accompanied by a nice mellow glass of Port.

And to think, we could have sent out for a takeaway pizza....
Posted by Mark Willis at 17:30