[With all due deference to Bob Marley and UB40]

No actually this is not wine, though you could be forgiven for thinking it was... 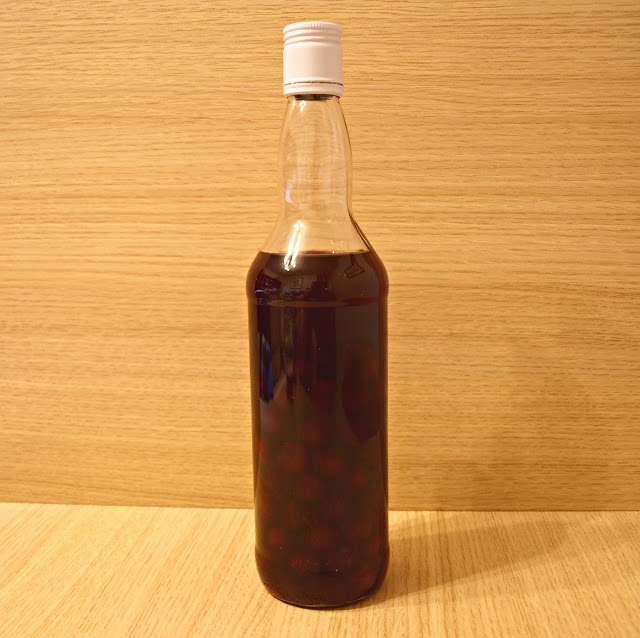 This is my Sloe Gin. It's the Cabernet Sauvignon version, you know! :-) The sloes I picked this year were probably the best I have ever had. I'll be going back to the same spot next year, and I'm not letting on where it is! I also think that freezing them before use has helped. It seems to break down the flesh so that the juice comes out better. 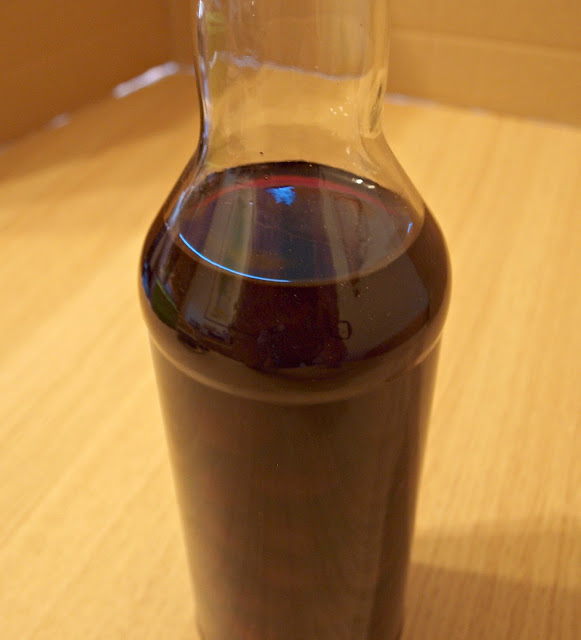 It looks pretty good to me. It's probably mature enough to drink now. I think I will filter and re-bottle it next weekend.  I noticed recently that good Sloe Gin is selling at nearly £30 a bottle in the supermarkets, which is more than a decent Single Malt whisky. Crazy!

Here's another red thing I wanted to show you. (Yes, I know it has absolutely nothing to do with Sloe Gin except that it is a similar colour). It's one of my red chicories. This type - whose name I do not know - has not hearted-up as tightly as the "Firestorm" variety did, but it's looking nice nonetheless, covered in raindrops and lit by the weak December sunshine. 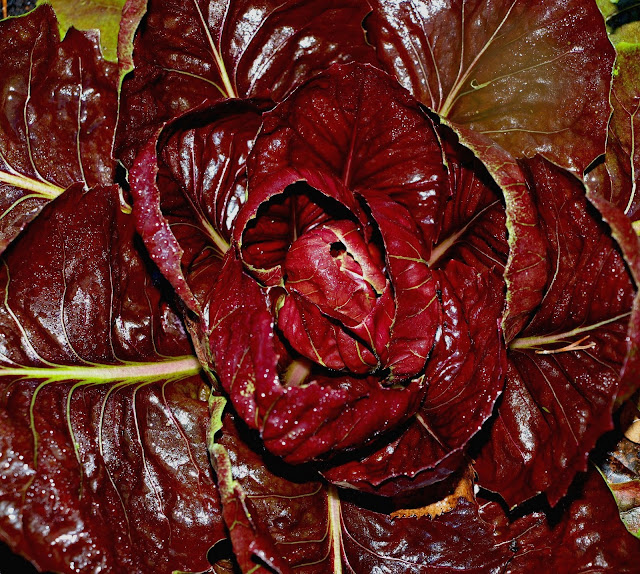 Since I'm obviously on a red theme today, maybe I should show you my latest batch of chillis, which I harvested yesterday...they're mostly red. 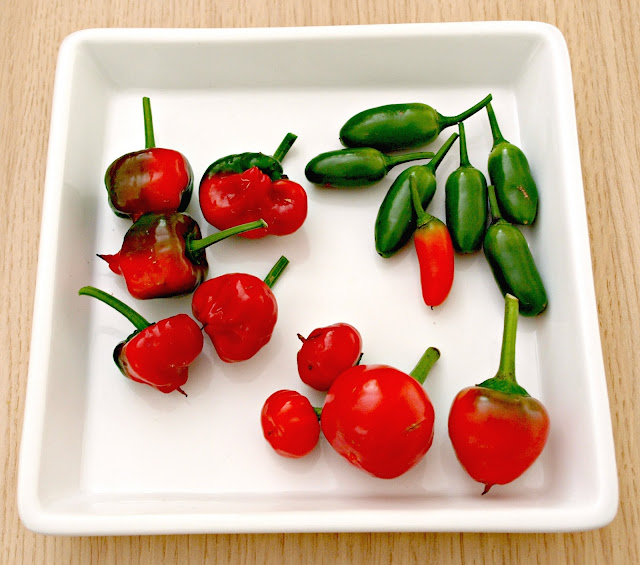 ﻿
I'm particularly pleased with the two "Cherry Bomb" ones at bottom right of this photo. The biggest one is about the size of a golf ball.
We have had a couple of frosty mornings now, and despite the protection of the little plastic greenhouses, the chillis plants are looking a bit sorry for themselves, so I picked these fruits to finish ripening indoors, before I lose them to the weather. The completely green "Serrano" ones will probably go in the freezer just as they are.
Just to complete my set of "red things", I feel I must include a picture of the soup I made for lunch today - Chickpea and Chorizo (with tomatoes and chillis, you'll note...) 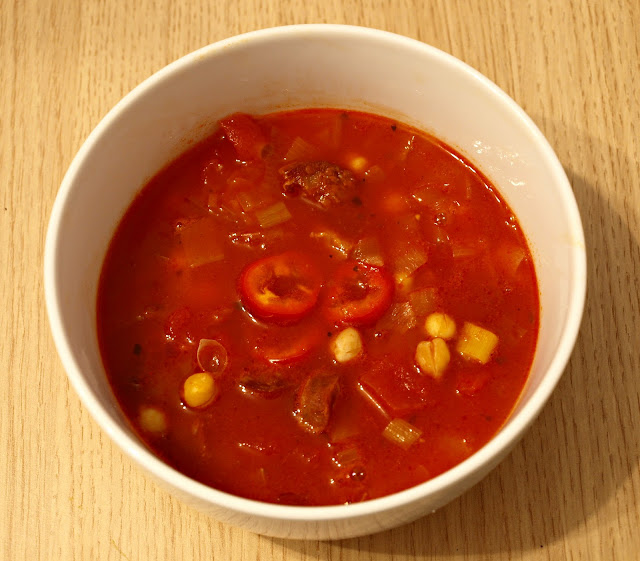 I'm not including a recipe for this one, which was done using store-cupboard ingredients and made in true bung-it style: a few slices of Chorizo from the freezer, an onion and a leek, a tin each of chickpeas and chopped tomatoes; half a teaspoon of dried oregano, half a teaspoon of chilli flakes, a small fresh chilli for garnish, a spoonful of stock powder and some water.
And, yes, it was as good as it looks!
Posted by Mark Willis at 17:30