Inspired by that book about sausages that Jane won a few days ago ["Sausages" by Paul Gayler], I decided to make a meal centred around some home-made sausages, made with Paul's technique for skinless sausages cooked in clingfilm.

I bought some pork shoulder (about 500g) from my local butcher, and got him to mince it for me. I then marinated it for a few hours with some flavouring ingredients: Fennel seed, oregano, garlic, salt, pepper, and a spoonful of my own home-made Chilli Relish. 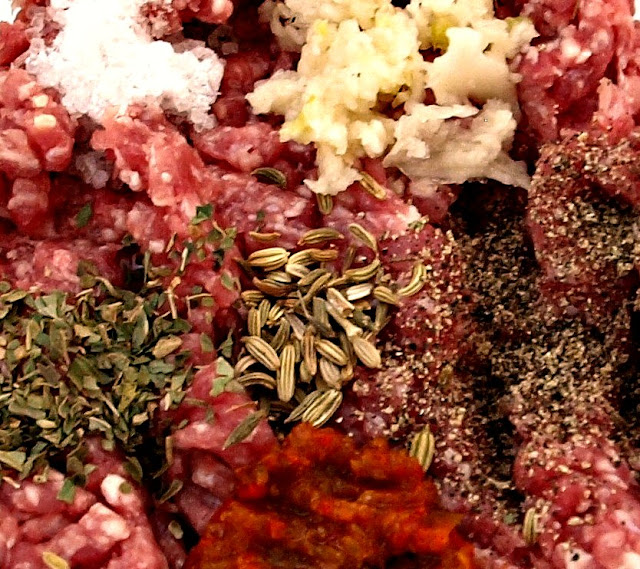 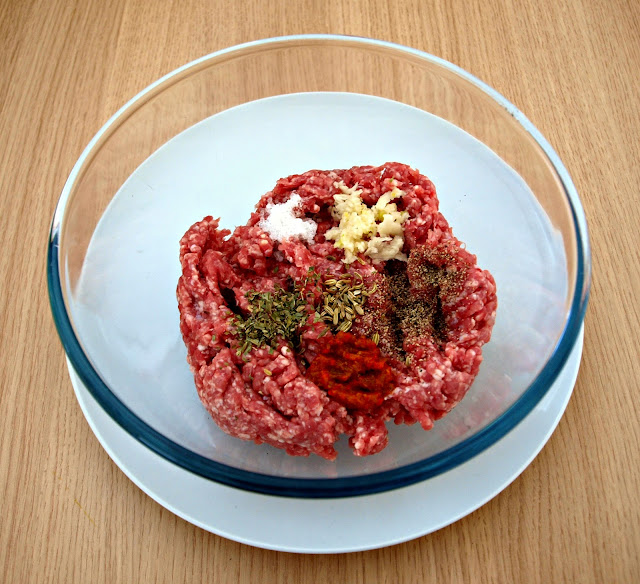 Later, I added a small amount of breadcumbs (Paul recommends not more than 10% of your mixture), formed the mixture into roughly sausage-shaped pieces and rolled them up in clingfilm, which I then knotted at each end. 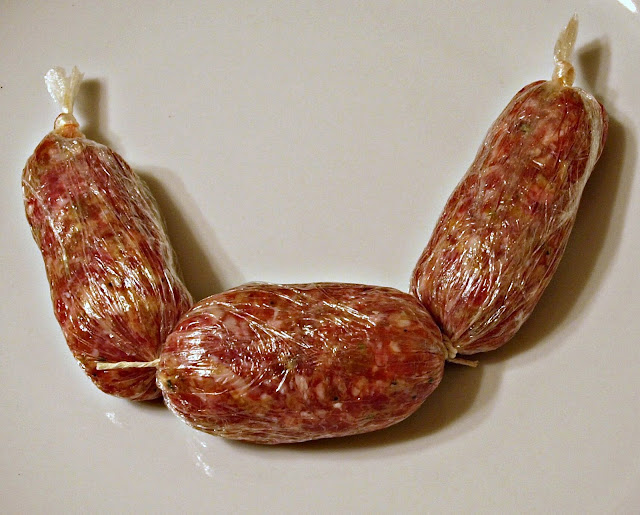 I then cooked the sausages for ten minutes in a steamer, over a pan of boiling water. This firmed them up enough for me to be able to slice them, although they were not yet fully cooked through. 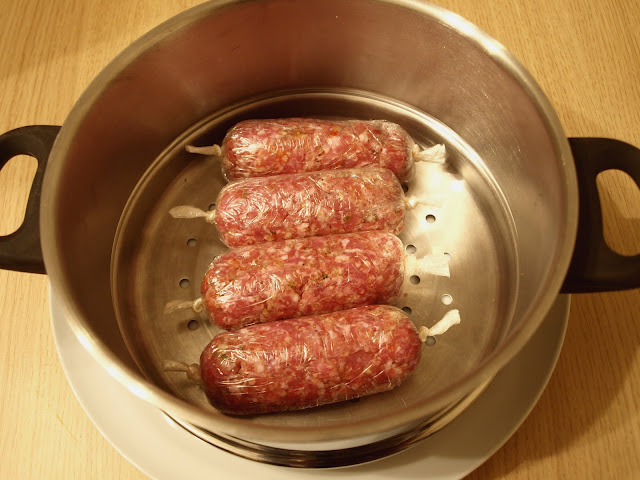 I allowed the sausages to cool a bit before removing the clingfilm. Be careful here, because a fair bit of fatty liquid comes out! I then sliced the sausages into 2cm rings, and fried them in a little low-calorie cooking spray (PAM). I'm sure you could grill them if you prefer to lose a bit more of the fat.
Here they are frying... 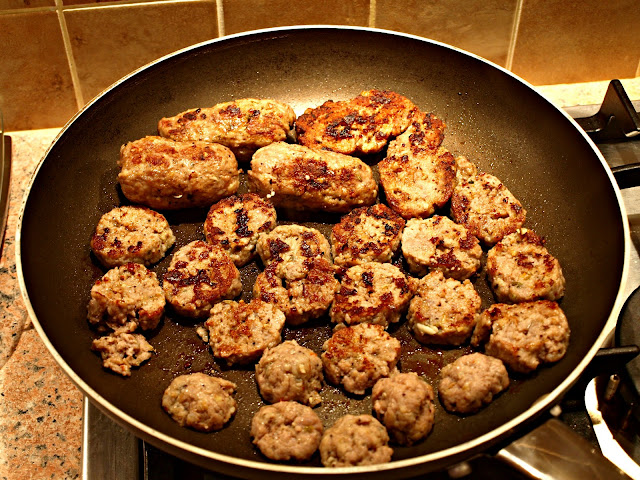 I like my sausages "Well done", so I cooked them until there were lots of brown crispy bits on each surface.

I served the sausages with basmati rice, stir-fried Cavolo Nero and beans in Chipotle and tomato sauce, but I'm planning to write about the accompaniments separately to avoid making this post too long...

Here's the finished article then:- 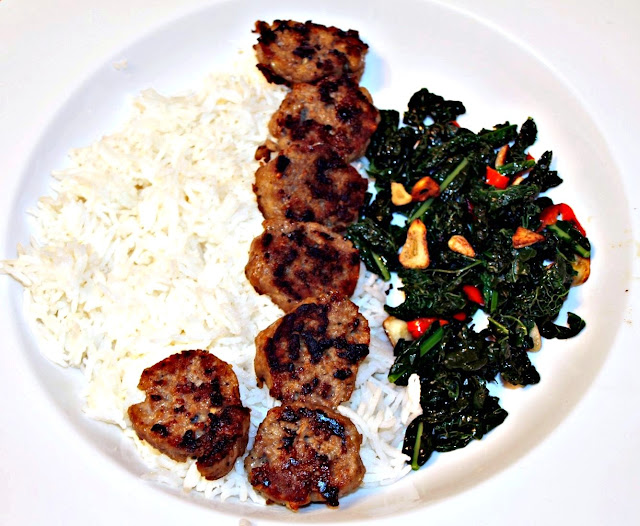 Our verdict: really tasty, (largely due to starting with good quality meat I expect) and comparitively easy to make.

One observation though: making skinless sausages does produce a drier texture, since a lot of the juice is lost when you remove the clingfilm, but actually this may be a good thing since a lot of that "juice" is actually fat which is probably best discarded anyway!

P.S. Some more good news - there was pleny left over to have for lunch the next day, served cold with pickled onions, onion marmalade and a sliced tomato. 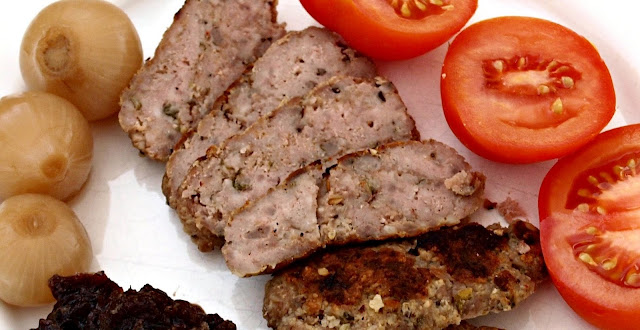