Just now I don't have a huge amount of veg in my garden to blog about, so I have put together this little collection of "miscellaneous" subjects...

Firstly, the seed-head of a Dandelion, covered in tiny droplets of water, on a foggy day. This one was photographed at the same time as all those fungi I showed you.


A spider's web, stretched between the legs of a garden chair. Remind me to tell her off for making an irregular web.  If she wants to put it in my garden, it needs to be neater! :-) 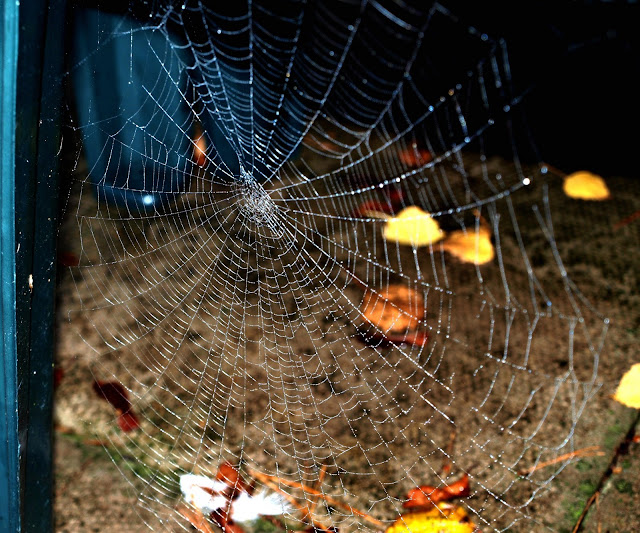 The other day Esther Montgomery asked me in a comment whether the white Dogwood berries were the same as Snowberries, and I said "No". Well, during my Fungus Foray a few days ago I saw these in a hedgerow, which I believe are Symphoricarpos,aka Snowberries.


Caterpillar. This photo has been zoomed, because I was trying to identify the object on the caterpillar's back. I still don't know what it is. Do you? Could it be a tiny snail? It seems to have a sort of square base, which looks really odd. Let me know if you think you have the answer. 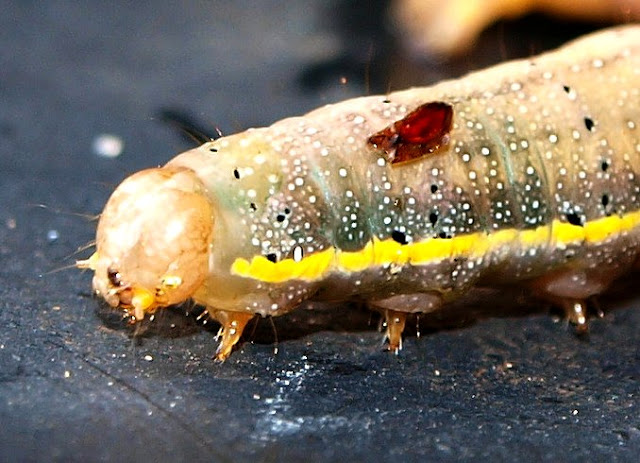 ﻿This is a photo of my Prunus Autumnalis, which seems to be heeding the encouragement to produce more flowers that I gave it.[Photo taken 19 Nov.] 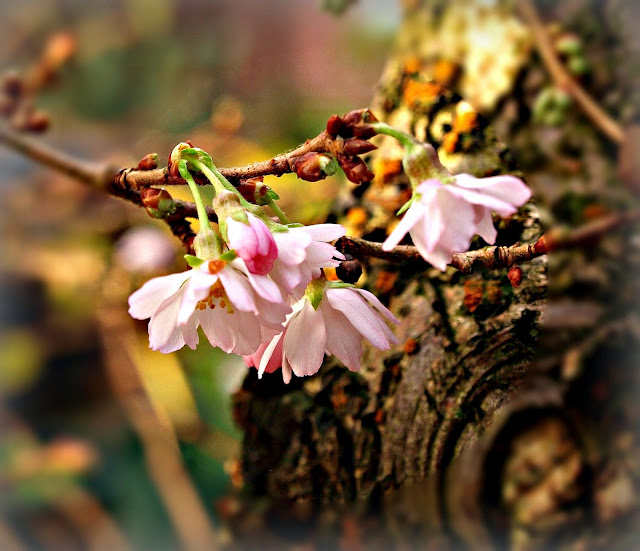