Many of you will know that I'm using some cloches that I bought earlier in the year to try to produce viable Winter salads. I have three of the "Longrow" cloches like these:- 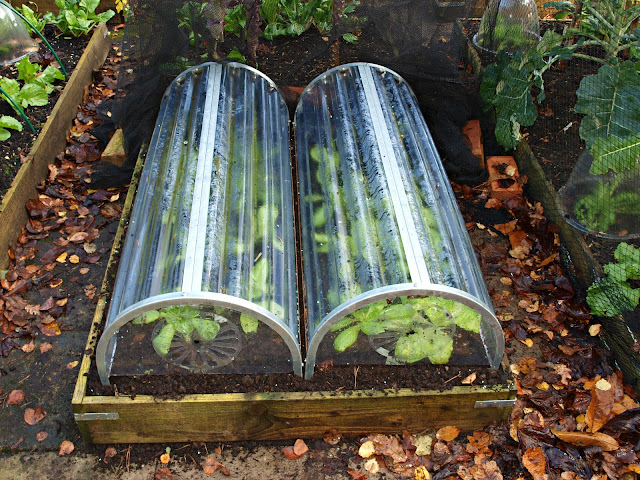 I also have a number of individual cloches, like the ones in the foreground here:- 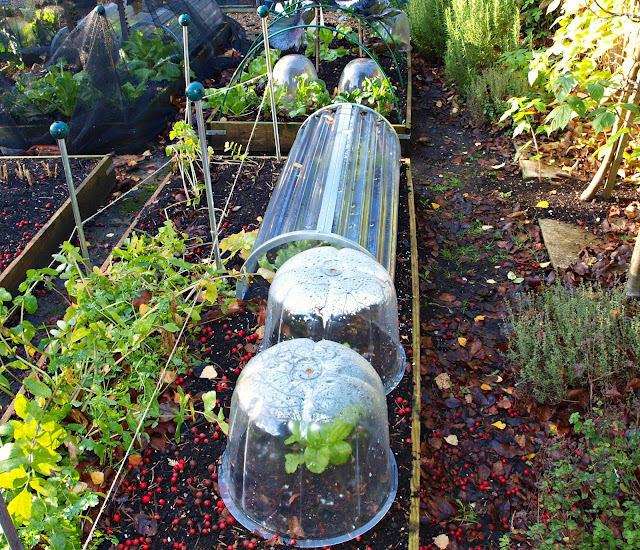 I had a day off work on Monday, and the weather was quite decent - dry and sunny, though cold - so I decided to see if my Winter salads inside the cloches needed any attention.

This is a batch of Endives with one or two Radicchio. They looked fine. Growing slowly, and far from mature, but no problems. I just loosened-up the soil around them and put the cover back on. 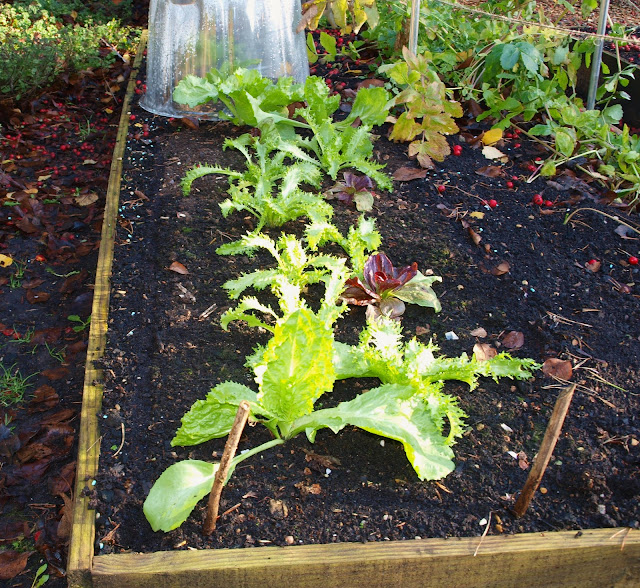 ﻿ ﻿
﻿
The lettuces under the two big individual cloches looked pretty good too. Strong and healthy. I think they get more light in the individual cloches, and of course they are not so much in competition with their siblings. 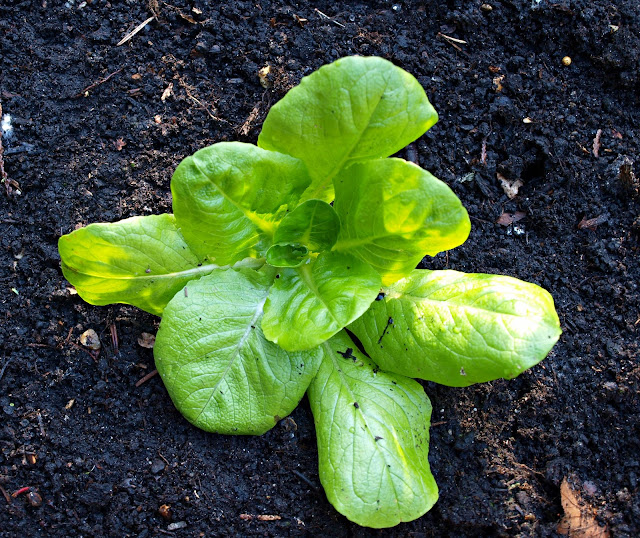 The situation under the two side-by-side cloches was a bit different: The soil was a lot damper and much of it was covered with a layer of green moss. 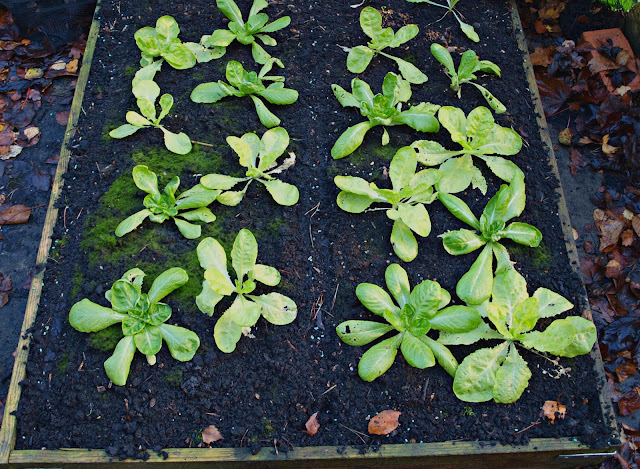 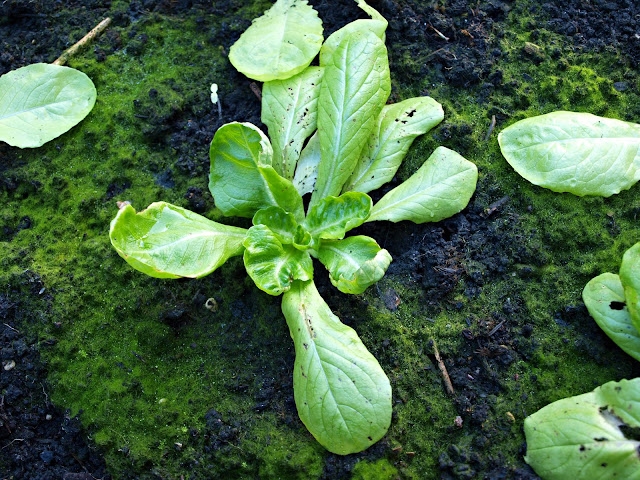 In this zoomed photo you can see that the moss is composed of a mass of tiny filaments, almost like the mycelium of a fungus. I don't think this is good! It probably indicates insufficient light and ventilation, and too much moisture. 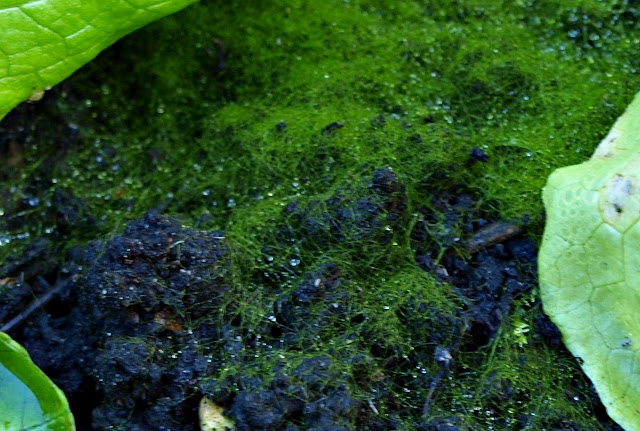 So, I removed the green moss and cultivated the soil surface to give it some more air, and I removed a few of the big leaves from the nearby Flower Sprout plants, in order to improve the light level.
The lettuces in this area looked a bit "weak and weedy" compared with the ones under the individual cloches, but even so I am reasonably pleased. I think they will be OK. At least the cloches protect them from the wind, and if we get snow they will protect them from direct contact with that too. It'll probably be about two more months before any of them are really mature, but I might just pick a few of them to use as "Baby Salad Leaves" before then.﻿
Posted by Mark Willis at 17:30