Fleet is the best!

The town in which I live is called Fleet. It is in the district of Hart, in North-East Hampshire. The Council's logo features a hart - this word being an old English one meaning a mature male deer. In a recent survey Hart District emerged as the most desirable place to live in Britain! The survey looked at the factors of health, crime, jobs, schools, weather and housing. On Christmas Eve many of the national newspapers ran a story about the survey, and most of them used it to emphasise the so-called North-South Divide, since none of the places in the top 50 list were in the North of England (do you reckon that the survey was perhaps conducted by a Londoner??) 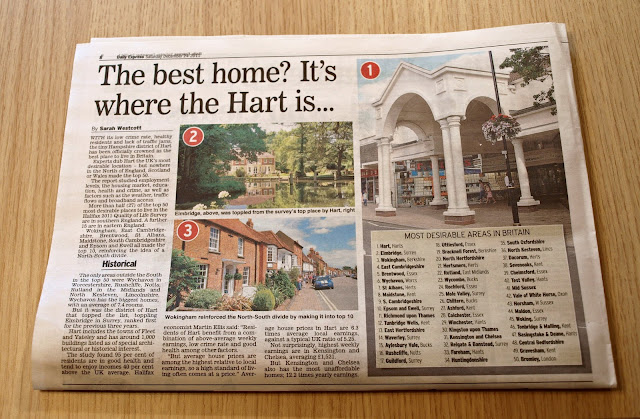 Emma, please note that Wokingham is only in the No.3 spot... So there! 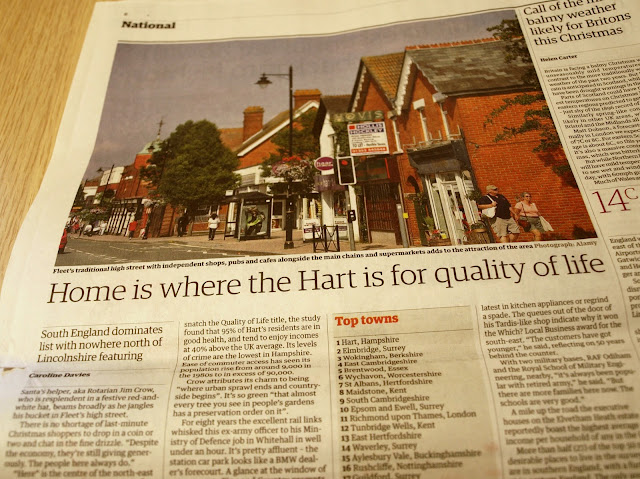 It was good to see that The Guardian gave a mention to one of my favourite shops - W.C.Baker and Sons, the ironmonger's shop. This old-fashioned shop is a real treasure. In it you can literally buy just one nail if you want to, and it is very seldom that they don't have what you want. The Guardian describes it as "Tardis-like" in that from the outside it looks tiny, but inside it seems to have EVERYTHING you might need. 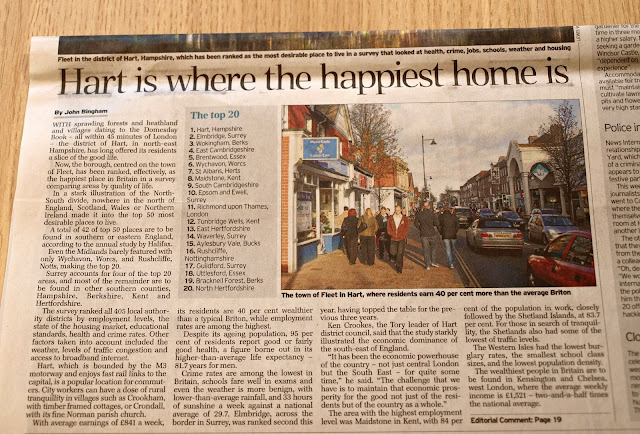 Fiona; if you happen to read this during your time with the Folks in Panama, you just show them this picture of the Basingstoke Canal, and remind them that sometimes "Less is More"! 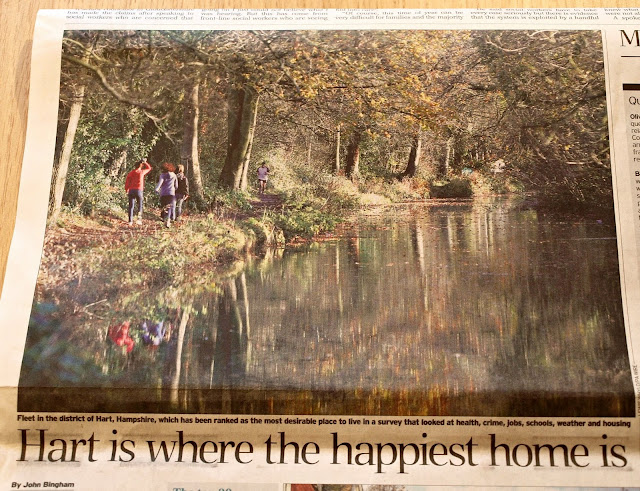 From my point of view, Yes this is true. Hart is a good place to live. For me one of the main attractions is its physical location. On the railway you can be in London in 50 minutes (sometimes less); it's 25 miles from Heathrow airport, London's biggest; 50 from Gatwick; it's right on the M3 motorway, and only 12 miles from the M4. In my job I have to travel around a fair bit, and these convenient transport links count for a lot. Despite this, Fleet is far enough "out of town" to have a rural rather than a suburban feel to it, and in just a few minutes' drive you can be genuinely away from it all in the depths of the beautiful Hampshire countryside.[e.g. The New Forest, less than 50 miles, approx 1 hour travelling time.]

OK, so now I'm just off to verify the assertion that "Hart residents enjoy incomes 40% above the UK average."...
Posted by Mark Willis at 17:30