I've mentioned before that some of my potato plants at the Courtmoor plot have been afflicted with Blackleg disease. It was obvious to me that they were not going to produce much of a crop, and were just taking up valuable space that could be used for something else, so I made the decision to cut my losses and pull them up. 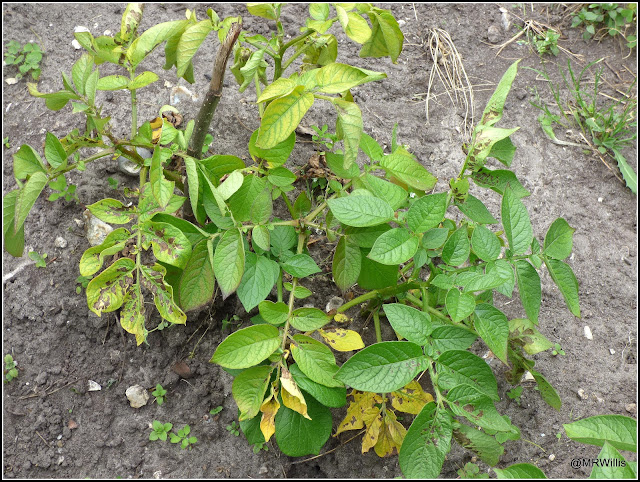 I also lifted five very small plants grown from tubers I "rescued" from the plot when I was digging it over during the Autumn and Winter. They were of the variety "Foremost", which is apparently a favourite of the plot-owners.

Although the foliage of the affected plants was seriously affected, such tubers as there were didn't seem to be affected at all, and I feel sure they are safe to eat. This is what I got: 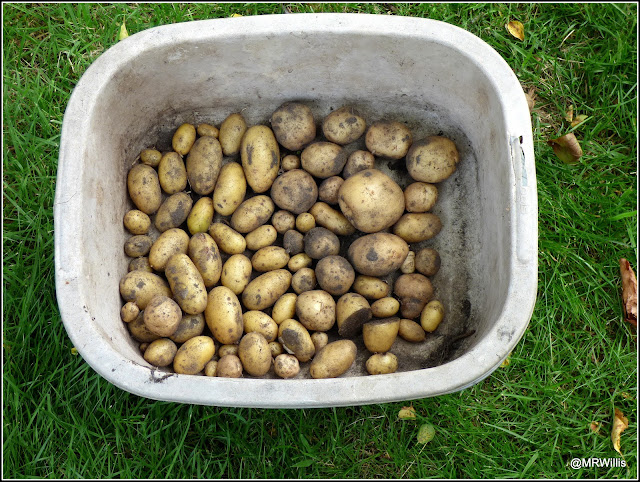 It's a total of about 1.1kg - a pathetic yield, but better than nothing, I suppose. The round ones are "Foremost" and the oval ones are "Jazzy". 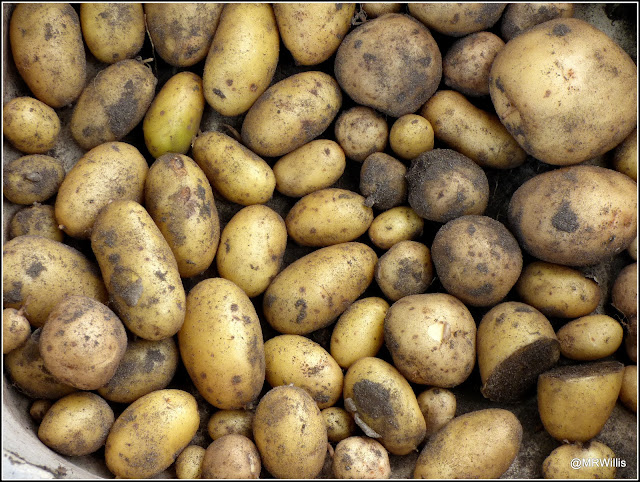 After lifting the potatoes I dug over the soil where they had been, and levelled the ridge with a rake, before planting some more brassicas in the vacant space. This time I'm taking no chances and I have installed anti-pigeon defences right from the start! 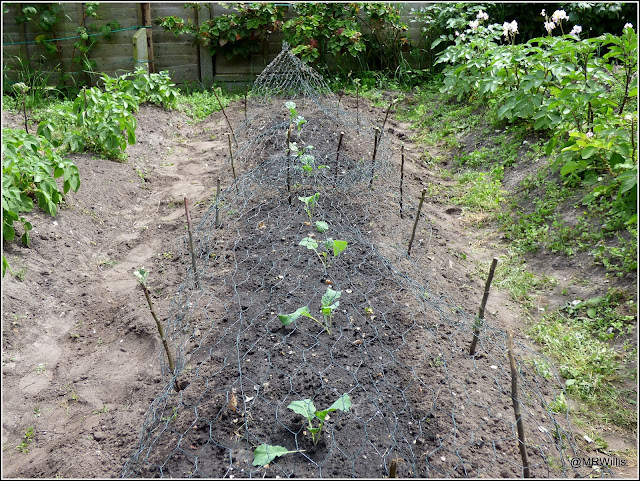 Said defences are made from pieces of spare chicken-wire, bent into a rough tunnel shape and held in place with short sticks. To be honest, I'm not 100% sure this will be effective, because the wire is not supported by anything and the pigeons may discover that by landing on the wire they can push it down and get access to the plants. On the other hand, pigeons are not noted for their intelligence and may never work this out. Now that I have identified this potential danger I will have to think of a way of supporting the wire. Some Y-shaped sticks might do the job... 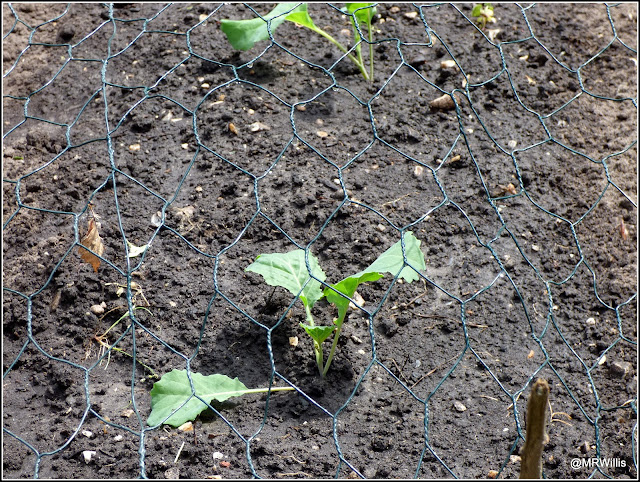 For the record, these are the brassicas I planted today:
4 x "January King" cabbage
2 x "Predzvest" cabbage
2 x Kaibroc.

While I was in the mood for planting, I also planted four Aztec Broccoli (Huauzontle) plants. 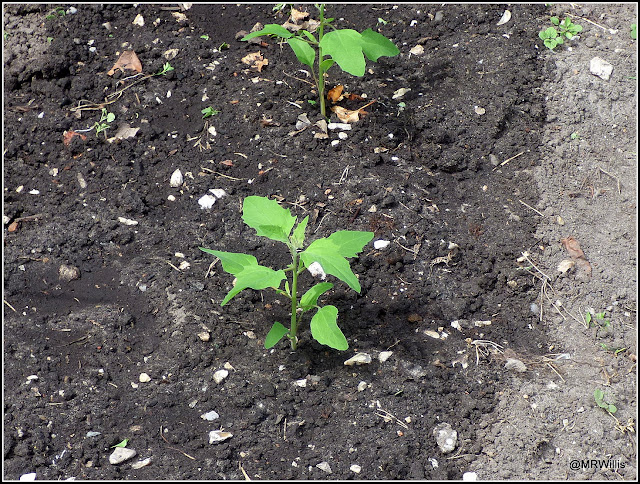 The only place I could find for them was over near the squashes. 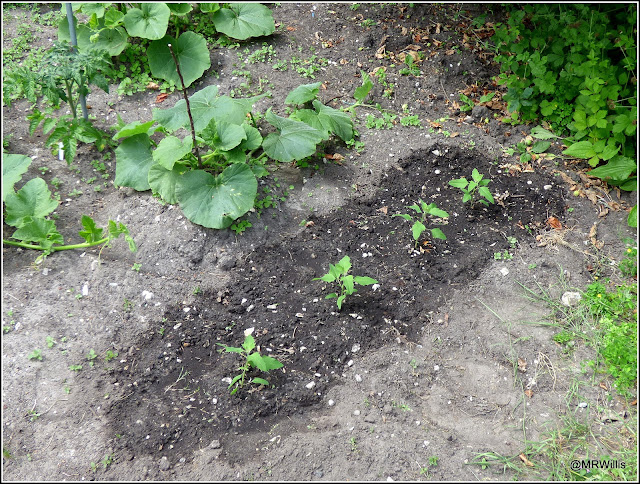 Never having grown this stuff (or even seen it), I'm not really sure what to expect, but I believe the plants can reach about 5 feet tall in suitable conditions. I suspect that these ones will not consider their location ideal, so they will probably not get very big. The soil they are in is very dry and sandy, so I watered them copiously after planting, to help them settle in.
Posted by Mark Willis at 12:30