Yesterday, Sunday 17th September, Jane and I celebrated out 40th Wedding Anniversary. To recognise this significant milestone, we decided to do something different, but something connected to a pastime we both enjoy - cooking. We booked ourselves onto a pasta-making course called "A Passion for Pasta", taught at the Cucina Caldesi cookery school in London by Carmela Sereno Hayes. Here we are, posing for the camera: 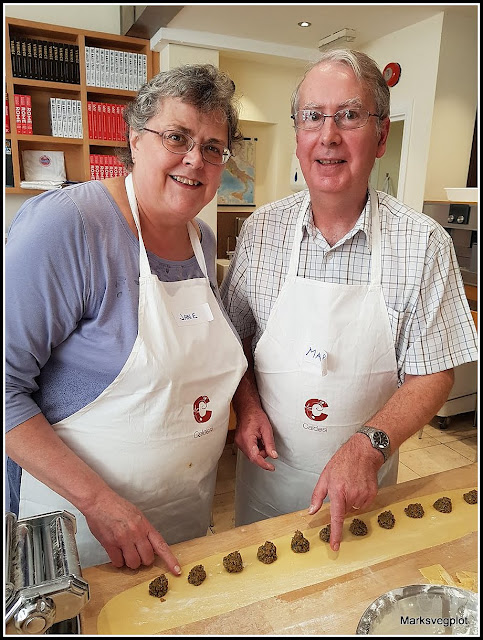 During the day we learned a lot about pasta and how to make it - there was a lot of hands-on involvement - and we came away thoroughly inspired and determined to make homemade pasta at every opportunity!

One of the things that impressed us most was the amazingly tasty fillings that went into those Ravioli you see us constructing. With this in mind I have made a filling based on the proceeds of a recent fungi-foraging outing. I had managed to get a significant number of Hedgehog Mushrooms (Hydnum Repandum), Penny Buns / Ceps (Boletus Edulis) and Birch Boletes (Leccinum Scabrum), all of which are fungi I can now confidently identify.


For my pate I used all of the Ceps and Birch Boletes, and about half of the Hedgehog Mushrooms. This conveniently filled my frying-pan. It was probably 250 - 300 grams.

This was my method:

In the frying-pan, heat about 2 Tbsps of olive oil and 25g butter, and use this to fry either a finely-chopped stalk of celery, or (as in my case) the thick stems of 4 or 5 Celery Leaf leaves, along with 3 cloves of Garlic and 8 olives (both roughly chopped). Add some herbs, according to taste. I used a Tsp dried Oregano and a little sprinkle of chilli flakes. Season to taste with salt and pepper.

After about 2 minutes, add the mushrooms. Fry over a medium heat for about 10 minutes or until most of the water content of the mushrooms has evaporated. 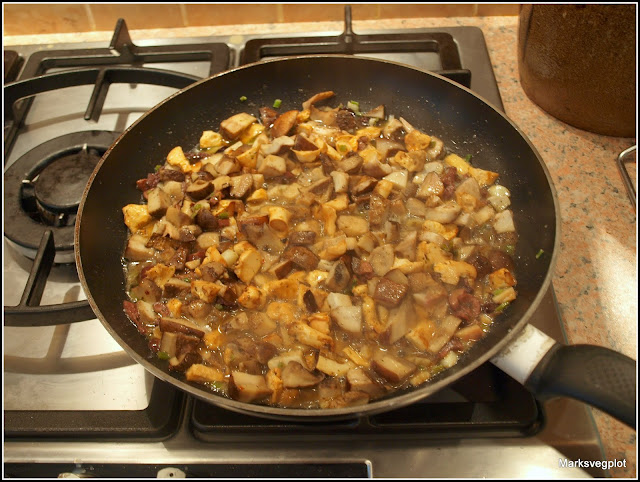 Allow the mixture to cool slightly before blitzing to a paste in a food-processor. You could leave it fairly chunky, but since mine was intended as a filling for Ravioli, I wanted it to be quite smooth. 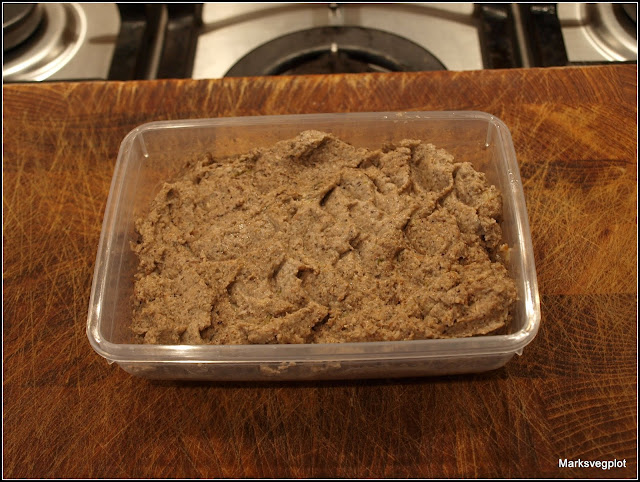 Having made this pate I now realise how nice it would be if used in other ways too - for instance as the "Duxelles" in a Beef Wellington, or simply spread on a slice of Sourdough toast and topped with a piece of gooey Fontina cheese warmed under the grill!
Posted by Mark Willis at 12:30