As regular readers will know, this year I have been concentrating on Quality rather than Quantity in relation to my veg-growing. Only, the tomatoes don't seem to have got that memo... 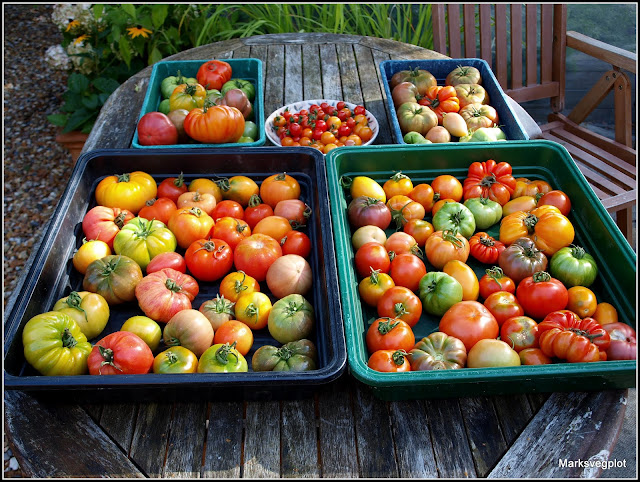 Jane and I have been away from home for a week, looking after her elderly mother while her usual carer was on holiday. Returning home, we are now confronted by what could almost be described as a glut of tomatoes. 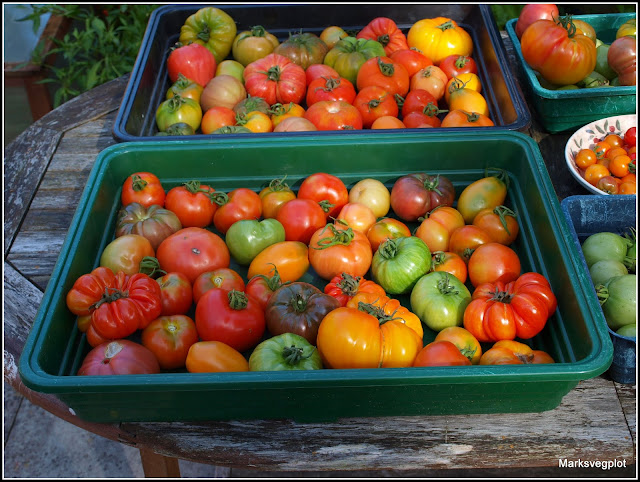 Today, therefore, we have been "slaving over a hot stove" and converting many of the tomatoes to sauce, semi-dried tomatoes etc. Since we already have quite a lot of plain tomato sauce in the freezer, I made a batch of sauce which included onions, garlic and chillies as well as tomatoes. Likewise, Jane made a batch of semi-dried onions with olive oil, salt and dried oregano, as a variation on the plain versions we had made before going away. 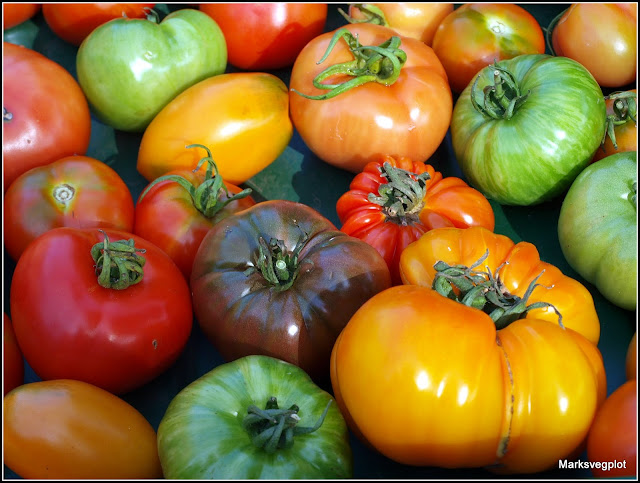 
As well as the tomatoes we have had 3kgs of Runner Beans and about 200g of French Beans to deal with. After reserving a decent quantity for eating fresh, the majority of the Runners have been blanched and frozen. 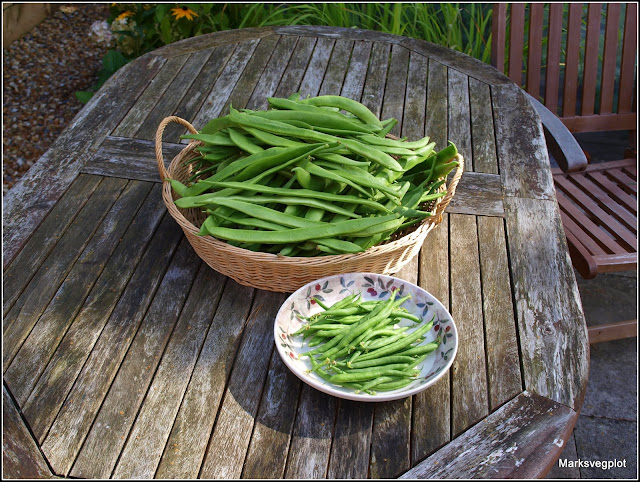 The French beans are from the plants I have grown in the pots which formerly held potatoes. It's not a big yield, but a very welcome second crop, and a nice change from Runners.


Thanks to my team of Garden Helpers, the veg-plot is in pretty good shape despite my absence. The only bad news is that one of my precious Leeks has decided to bolt.
﻿

I'm going to dig it up shortly, and hope that it is still edible. Let's hope that its siblings don't go the same way!
Posted by Mark Willis at 15:30