One of the varieties of cucumber which I have grown this year and last is called "Diva" (aka "La Diva"). I have had a few problems with it...

Last year the plant I grew produced mainly male flowers (remember, this is a variety often claimed to be all-female), and it only produced a few fruits late in the season. I queried this with the seed merchant (T and M), who replaced my pack of seeds with two new ones and urged me to have another try. I did. This year's performance has been even worse! I got one solitary fruit, early in August: 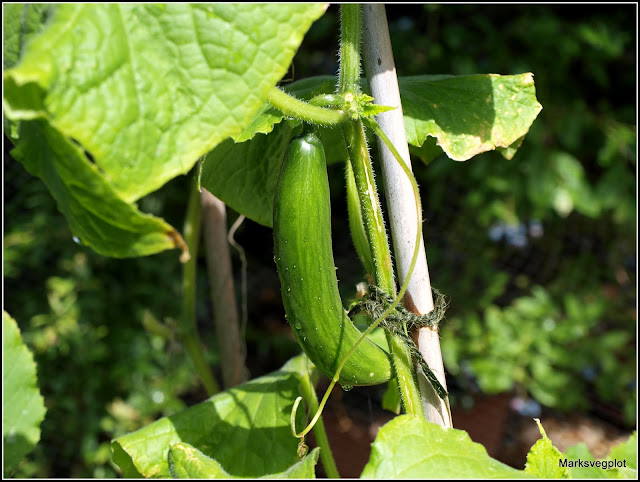 But now, when it's surely too late for any fruit to mature, the blessed plant has gone and set about six little fruits all at once! 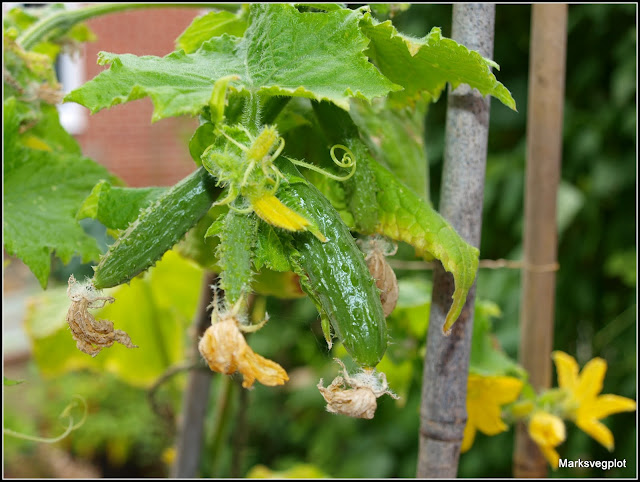 They are all right at the top of the now very sorry-looking plant. Despite pinching-out it only produced one solitary sideshoot. 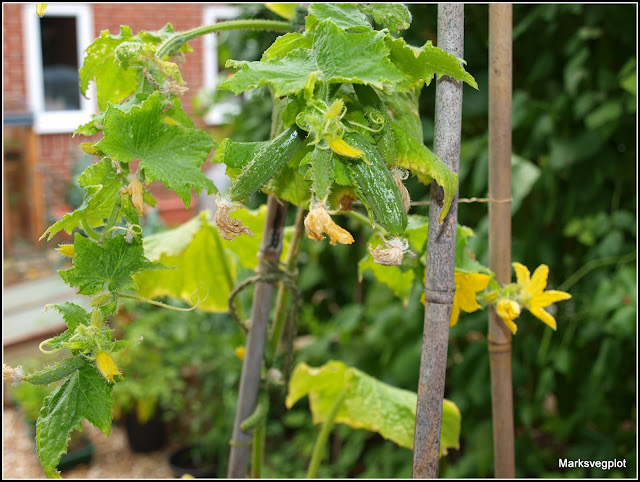 T and M told me that "all-female" cucumber plants are still prone to produce male flowers when they are stressed. I don't really think mine have been stressed. I have certainly given them plenty of water and feed, and they haven't had to cope with any extreme weather. I don't know about "Diva"; I think I'll change its name to "Snowflake"! 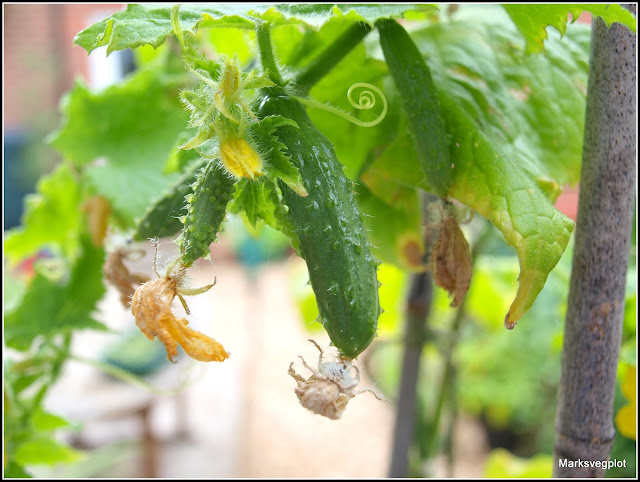 Maybe I have inadvertently discovered a cucumber variety ideally suited to cooler climates?

I won't be growing this variety again, and next year I will try something different. Do you have any recommendations? (For growing outdoors, of course.)
Posted by Mark Willis at 12:30