Today I had a furtle in the Roots bed. Sounds very dodgy, doesn't it? The word "furtle" (which can be a verb or a noun) can be defined as "A cursory examination of the contents or details of something."  I was looking to see how my Parsnips are coming on. For several months now (since being sown on March 27th, in fact), they have been out of sight, shielded from view by their covering of protective Enviromesh. I have been aware of their slowly bulking-up foliage straining against the mesh, but until now I have not had a proper look - I've been taking more notice of the Carrots at the other end of the bed.

Well, today I took the Enviromesh off and had that long-overdue proper look: 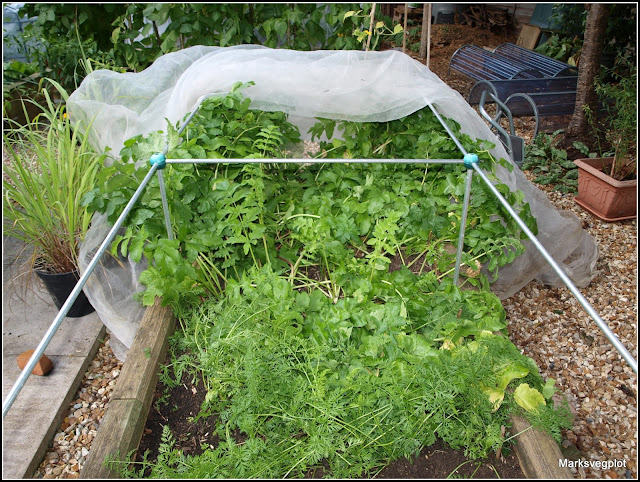 I think the Parsnip foliage has probably almost stopped growing now. It certainly seems to have flopped a bit. By the time the roots are fully mature the leaves will have completely died down, and we haven't yet reached that stage, and in any case, Parsnips are sweeter after they have been exposed to a bit of frost. 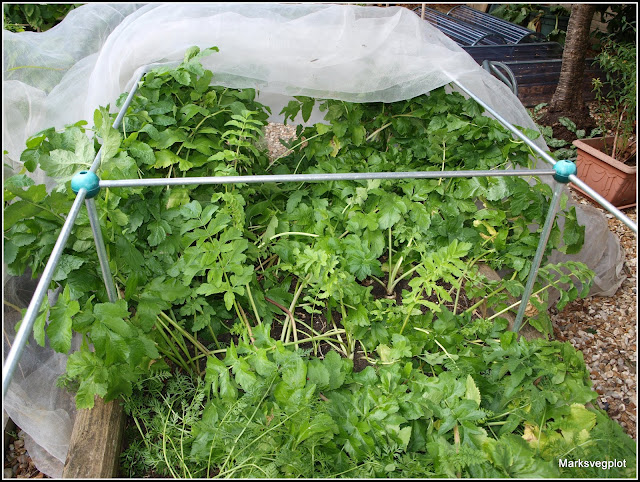 So then I did my furtling, which consisted of scraping away some of the soil to see what size the Parsnip roots are. They look OK, though not huge: 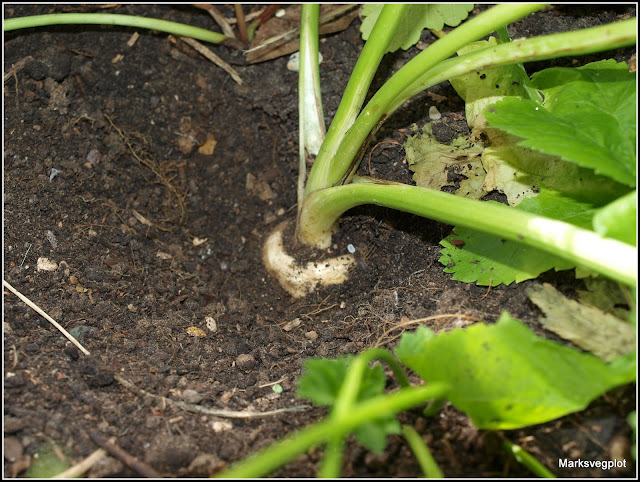 Hopefully they will grow a bit more still, so I don't intend to harvest any for a month or so. Without actually digging up any of the Parsnips it's not possible to see whether they have been affected by the disease canker, which they normally get to some degree or other, but I didn't see any damage around the crowns, which is encouraging.

Meanwhile, although the Carrot patch is looking much more thinly-populated than it was, there are still plenty more carrots in there:


I furtled amongst the Carrots too, drawing the soil away from them to have a good look. 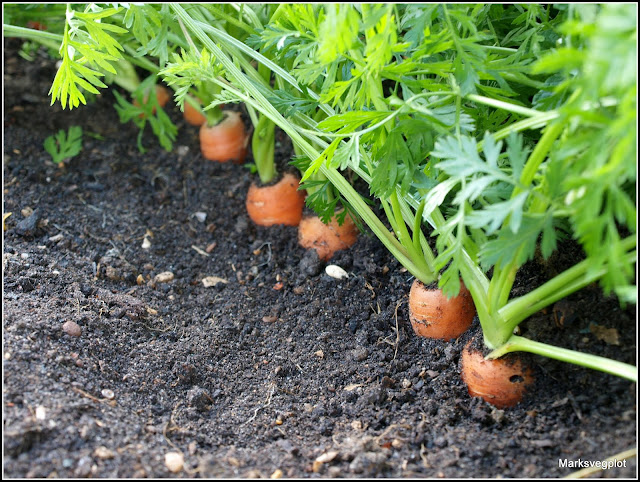 One or two of the carrots showed a little slug damage, but there didn't seem to be any damage from Carrot Root Fly, so the Enviromesh has done a good job again. I have been harvesting small batches of carrots as required for several weeks now, and it looks as if this will continue for several more weeks.

After taking my photos I drew the soil back up around the shoulders of the carrots, because if they are exposed to light they go green.

Inspection finished, I put the Enviromesh back on - the Carrot Root Fly season is probably over now, but there's no point taking any unnecessary chances!
Posted by Mark Willis at 18:30