Well, if you thought my harvest of apples (described a couple of days ago) was puny, you ain't seen nothin' yet!

Yesterday I picked my entire pear harvest all in one go! 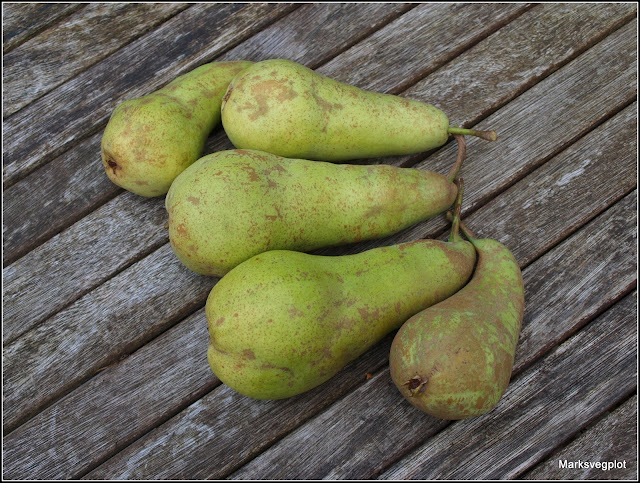 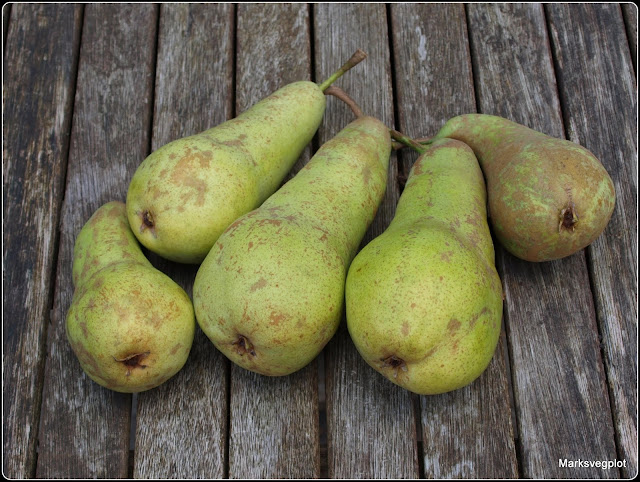 It probably won't surprise you to know that I only have one pear tree in my garden. It is of the variety "Concorde" (fairly similar to the well-known "Conference"). It has never done particularly well - I think the soil in my garden is too poor and dry for it - and the biggest number of fruits it has produced in any one year is 11. This year the fruits are fewer, but a couple of them are huge. These two amazingly weigh exactly the same: they are 330g each. 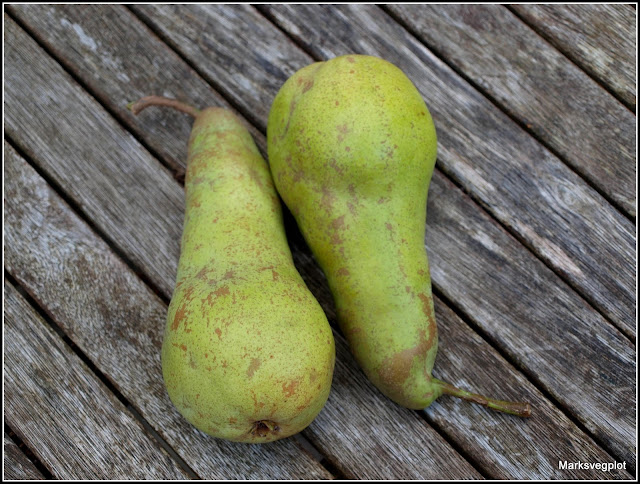 These pears were definitely ready for picking, because they parted company with their tree very easily with just a small twist of the stem, but they are not ready for eating. They are rock hard. I will keep them in the fruit-bowl for a few days to ripen them, checking them at least daily, because once a pear decides to ripen it ripens fast. 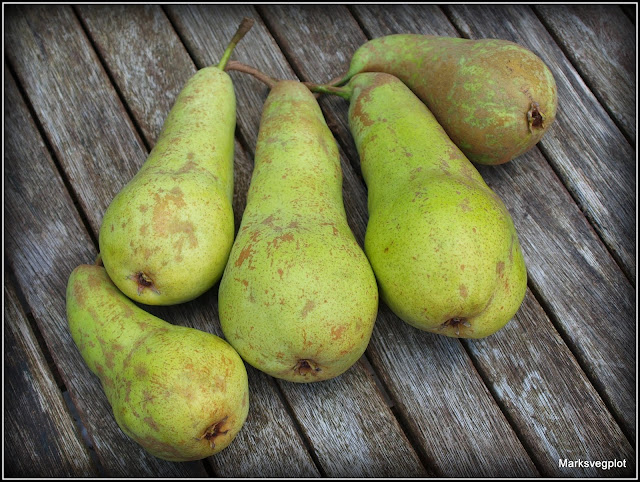 When I first got my pear tree I used to leave the fruit on the tree as long as possible, hoping they would ripen in situ, but actually for some reason pears are best ripened indoors. In any case, I used to lose a lot of pears (relative to my small totals) to the birds. Magpies love a ripe - or even semi-ripe - pear!

Here's a tip I picked up from Monty Don: to judge whether a pear is ripe, squeeze it gently just where the stem joins the fruit (and not on the main part of the fruit itself). If it feels soft, the pear is ripe and ready to eat. It works!