With the glorious Bank Holiday behind us now, we move into September and start thinking about Autumn. I'm still hoping for more good weather though. September is often the best month of the year, and it's too soon to start worrying about frosts and such!

Some of my flowers have only just got going, like this Dahlia "Bishop of Llandaff", for instance. This is its first bloom: 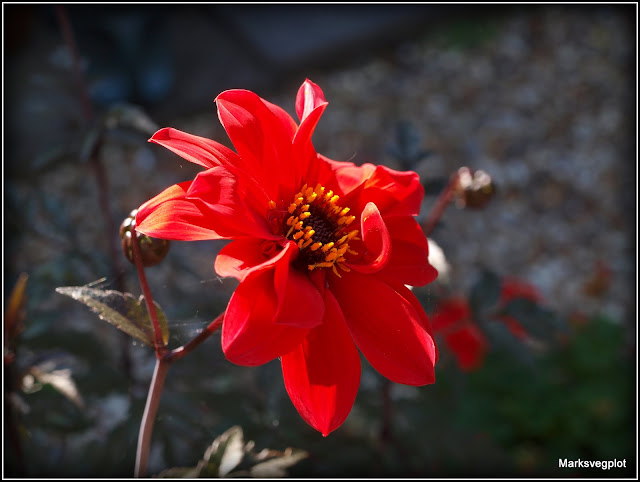 Similarly, the Lobelia Cardinalis is only just beginning to take off. With its dark purple stems and brilliant scarlet flowers, its colour scheme is very similar to that Dahlia! 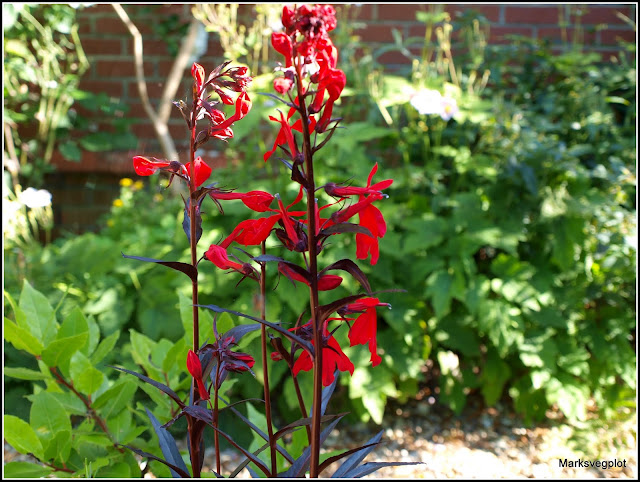 My Rudbeckia "Goldsturm", normally at its best in early September, has not been very impressive this year, but this is because I lifted it last Autumn and divided it into several smaller plants. These have been getting established and building up their strength this year (only 3 have flowered), and next year I expect I'll have a much better display. 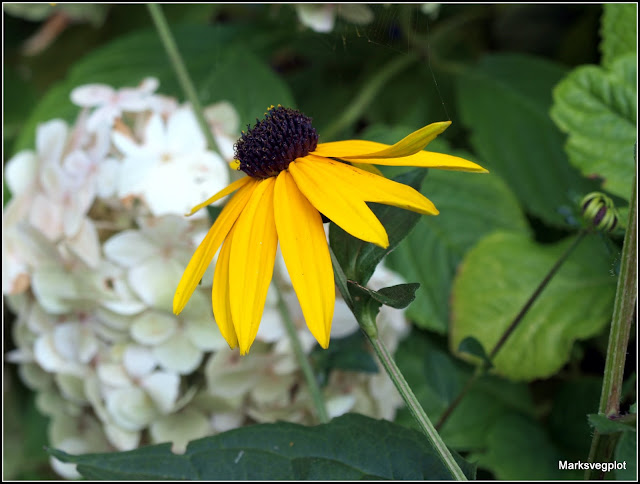 The white Achillea (aka Yarrow) has done well though, putting up several tall flower-stems. They contrast very nicely with the dark leaves of the nearby Purple Sage. 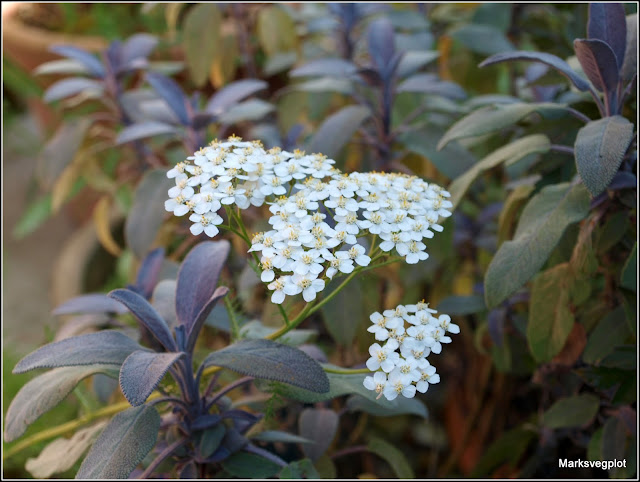 The "Sunspot" Dwarf Sunflowers are all finished now. The biggest one grew to about half a metre tall. I have cut off the flower-head, and I aim to dry it. If the seeds look any good I'll keep a few for sowing next year; otherwise they'll be bird food. 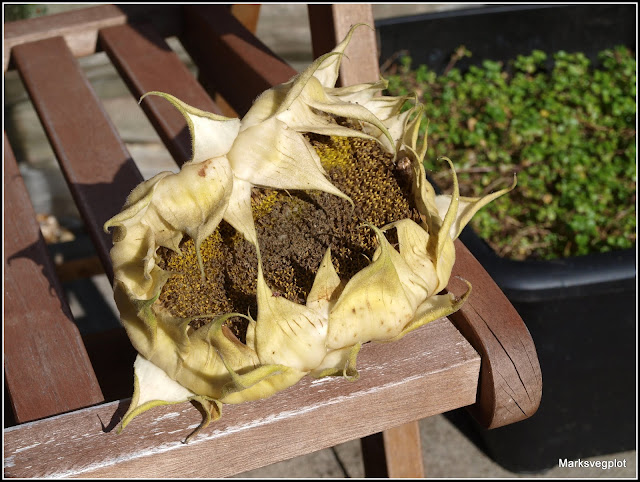 A Sunflower of a different sort has made an appearance in the garden this week. It's a glass sunflower-shaped bird bath. 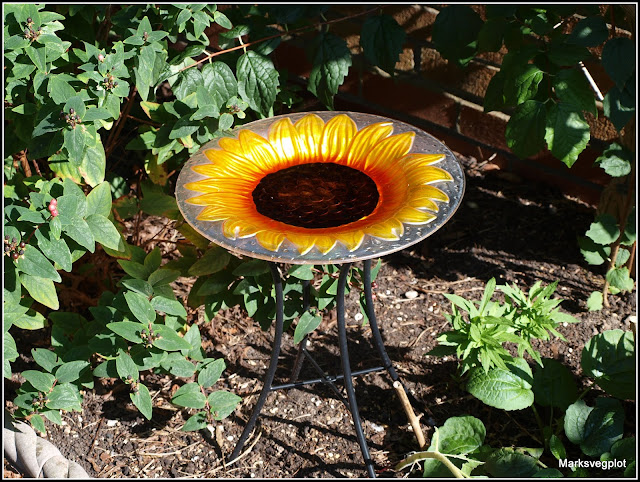 Jane won this thing in a competition. I have to say that's it's not something we would have chosen to buy! I don't know whether any birds will find it attractive (I think maybe its brightness could put them off), and I have visions of a succession of disappointed bees accidentally falling into the water!
Posted by Mark Willis at 12:30