The internet is awash right now with photos of people harvesting apples, so I'm joining in! 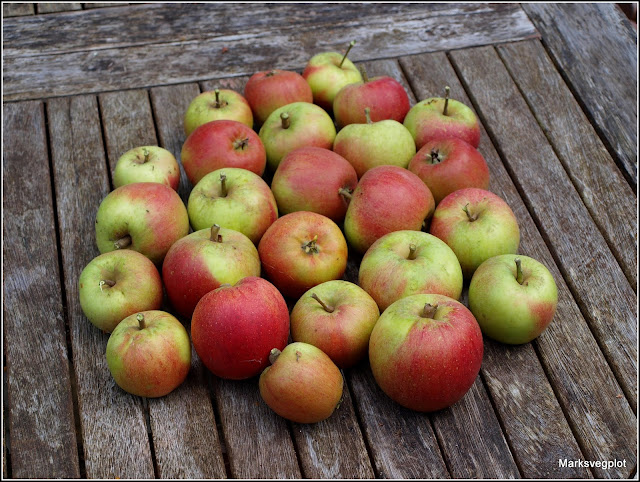 My harvest is of course tiny, since I only have two small trees, growing in pots, but that doesn't stop me being proud of it. Just like all the veg I grow, home-grown fruit seems so much better than anything money can buy.

My apple trees are "Winter Banana" and "Laxton's Superb". The latter was purchased last year, and the former was purchased the previous year, both from Victoriana Nursery Gardens in Challock, Kent. I'm growing my trees in big plastic tubs, because the soil in my garden (not the raised beds) is very poor and dry.


The newcomer "Laxton's Superb" has performed well in its first cropping year, producing 25 useable fruit, many of which are of a good size. 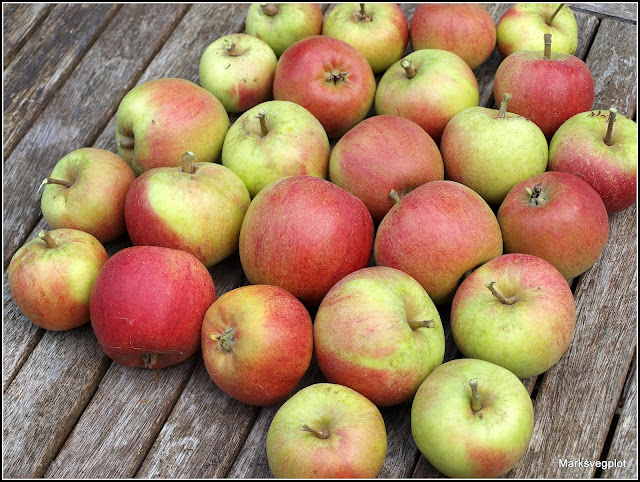 The taste and texture of these apples is very much like the well-known Cox's - firm and crunchy, yet sweet and juicy too. Of course not all of the fruit is of Grade 1 quality, and there are a few "tiddlers"... 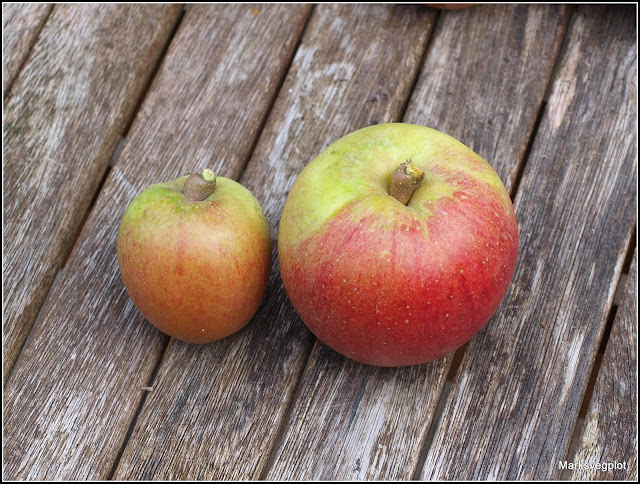 My other tree ("Winter Banana") only produced four fruits this year, though they were enormous. The reason for the low yield is, I think, my lack of skill in pruning. In the Spring I pruned the tree quite severely because I want to train it to a nice shape. This I fear removed some of the buds which would otherwise have borne fruit. I hope for a bigger crop next year.

Three of the four fruits were invaded by some sort of tunnelling creature, and one of them subsequently went bad and was unuseable. The others, whilst slightly disfigured by the insect damage, have made it to harvest. 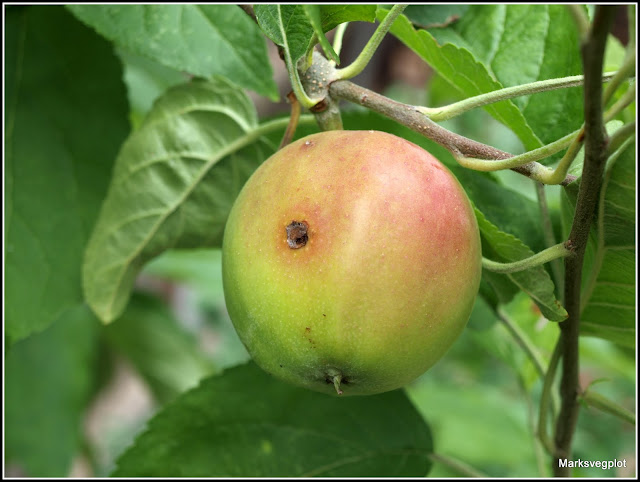 They are huge fruits, nearly twice as big as the Laxtons, and very different in taste and texture. The texture is extremely firm for an apple, though definitely not dry. The taste is hard to describe, but bears no resemblance to that of a banana! I can show you a photo of only two of them, because the other was eaten a few days ago, when I had picked it as a ripeness test. 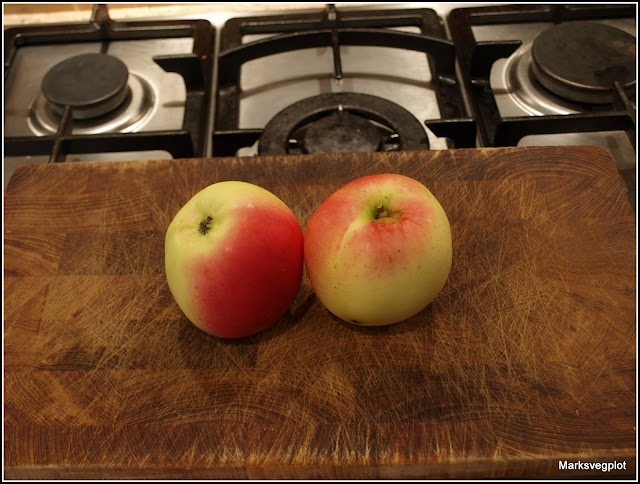 Both of my apple varieties are ones that are supposed to ripen in October, but this year all the fruit seems to be early to mature. The way to tell whether an apple is ripe is to cup it in your hand and twist gently. If it is ripe, the stem of the apple will detach easily from the branch.
Posted by Mark Willis at 12:30