More on pasta and mushrooms

Yesterday Jane and I put to the test the knowledge we had gained on our "Passion for Pasta" course last Saturday. 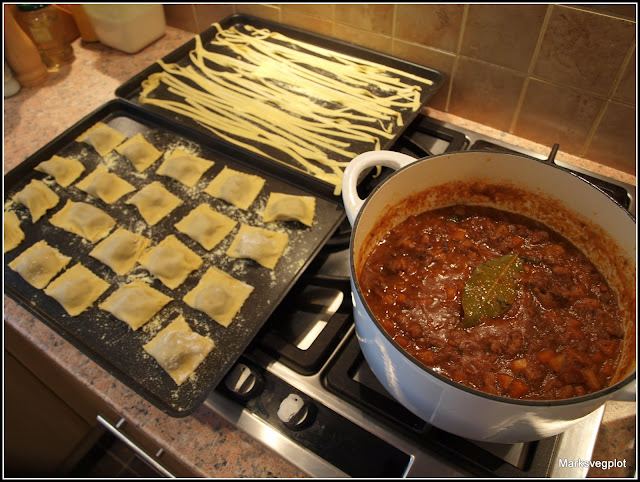 Having duly popped into Waitrose and bought the right (00) pasta flour, we made a batch of egg pasta and with it constructed a whole load of ravioli filled with that mushroom pate I made at the weekend. This of course would not have been possible unless we had repossessed the pasta-machine which we had lent/given to one of our daughters a couple of years ago. Neither she nor we had used it much, and we agreed that we would have another go with it before deciding if we should buy a new one. Based on the results we achieved yesterday, I think we'll be making pasta quite often now, so maybe it is time to invest in a new machine.

With 2 large eggs and 200g of flour we made enough pasta for 40 ravioli - TWO trays-worth, not just the one pictured below. This should tell you that we managed to get the pasta nice and thin! 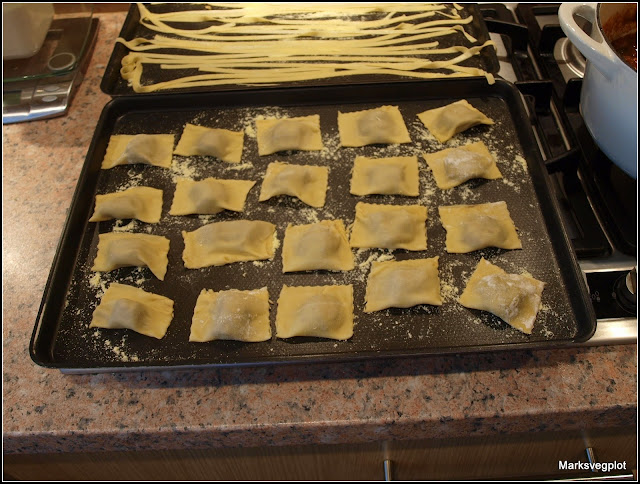 They were definitely not perfect ravioli, but for a first attempt I think they were not too bad, and they certainly tasted nice. When the mushroom pate ran out, we made a small batch of Tagliatelle with the last of the pasta: 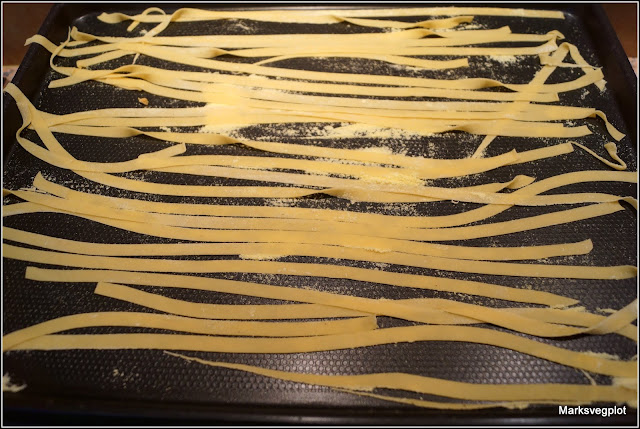 I also made a meaty sauce to serve with the ravioli, striving to emulate the intensely savoury sauce that we had eaten at the cookery school last Saturday. I used pork sausage meat (with no rusk), smoked pancetta, onions, carrots, celeriac, Celery Leaf stalks, home-made tomato sauce and beef stock. Additional flavourings included Bay, Sage and Oregano, as well as the usual salt and pepper. Last but not least, I added a third of a bottle of good red wine. All this was cooked for 3 hours, in a cast-iron casserole, over a low heat. Though perhaps not quite as good as the one our instructor Carmela made on Saturday, the resulting sauce was really good! I think maybe the key ingredient was the wine. Normally when making this sort of sauce I would only use about one glassful, but this time I used a lot more. 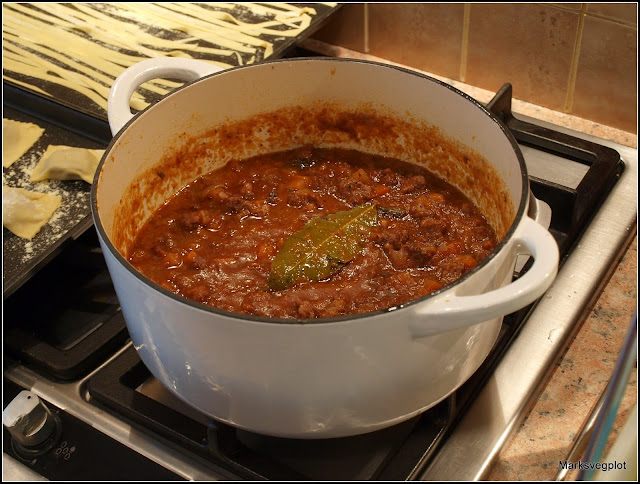 Inspired by the success of the mushroom-filled ravioli, today I went out fungi-foraging again, hoping to find some mushrooms to go in a pheasant casserole that Jane is making. This is what I got: 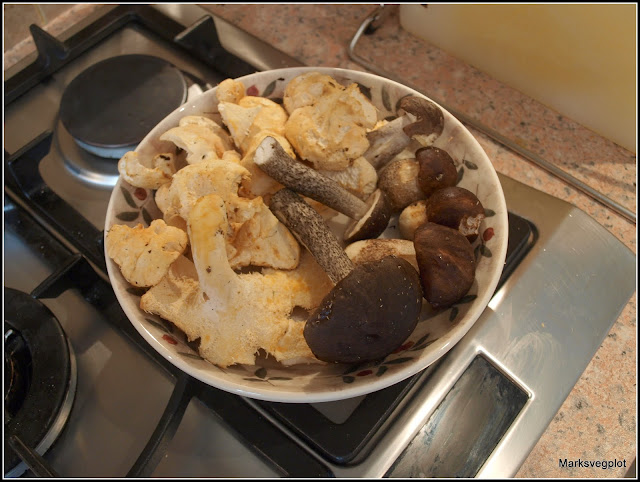 The creamy / orangey-coloured ones are Hedgehog mushrooms (I have removed the spines), and the others are Brown Birch Boletes. 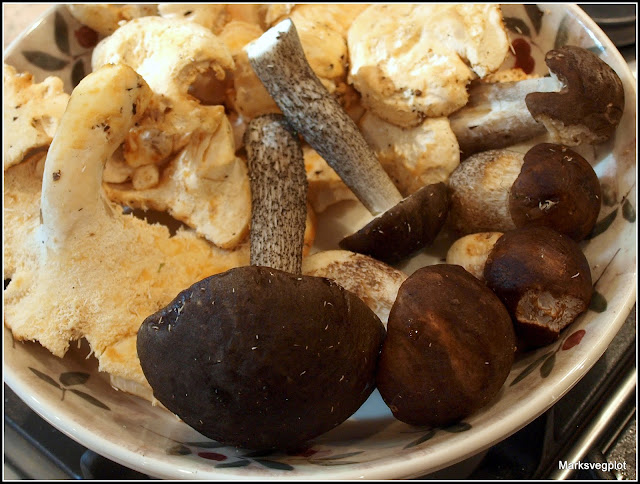 As well as the edible mushrooms that I gathered, I also saw quite a lot of other fungi, which I photographed. Here are some of them: