Well, something really unusual has happened - we had beautiful weather for a Bank Holiday weekend! Whenever there's a 3-day weekend, it's normally cold wet and windy, but just this once it was warm, bright and sunny. The daytime temperature here were in the mid 20s for three days in a row. One last spell of Summer before Autumn takes over?

I've not had to do much gardening recently. It's mostly been a case of sitting and watching things grow - and then harvesting them!

Of course there have been more tomatoes to pick... 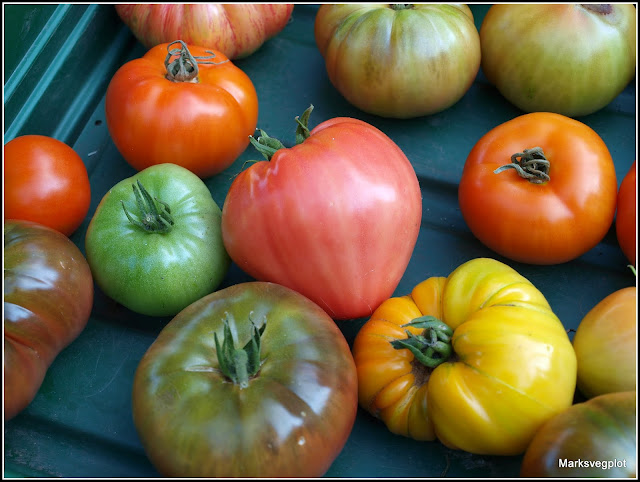 ﻿I'm particularly pleased with this one. It is the first ripe fruit from my "Vintage Wine" plant.


Two years ago I set out to grow this variety (amongst many others), but the plant I grew was one of those I gave away because I had too many plants to fit in. Last year I tried again, and the plant I grew was weak and became one of the first to succumb to blight, so I never got any ripe fruit. This year, "Vintage Wine" is the slowest variety to ripen. So far, I have just that one fruit, but there are another 14 decent-sized ones on the plant, plus a few tiddlers, so hopefully it won't be the last.


Over the weekend I managed to freeze nearly 2kgs of Runner Beans, so that's something to look forward to in the depths of Winter.


I have picked quite a few more chillis now. As I mentioned a couple of days ago, Jane made some of them into a lovely Sweet Chilli Sauce, which is sweet, sticky and pleasantly warm. If you want the recipe for this, here's a link -- Sweet Chilli Sauce. 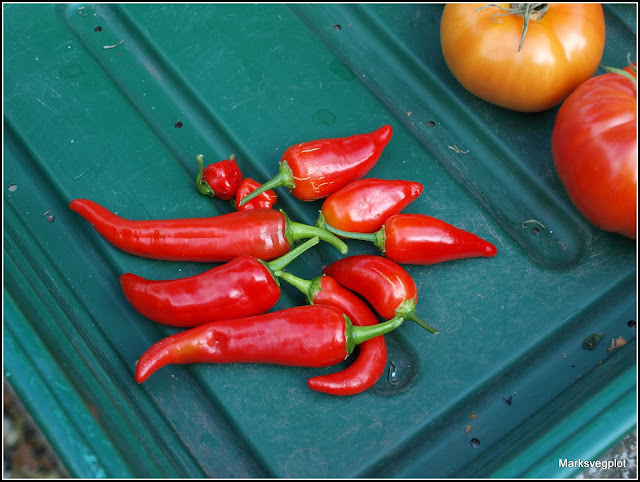 Even some of the fruits on my "Aji Limon" - usually the last to mature - are beginning to show signs of ripening. They often go a darker green, almost purple, colour just before turning yellow. 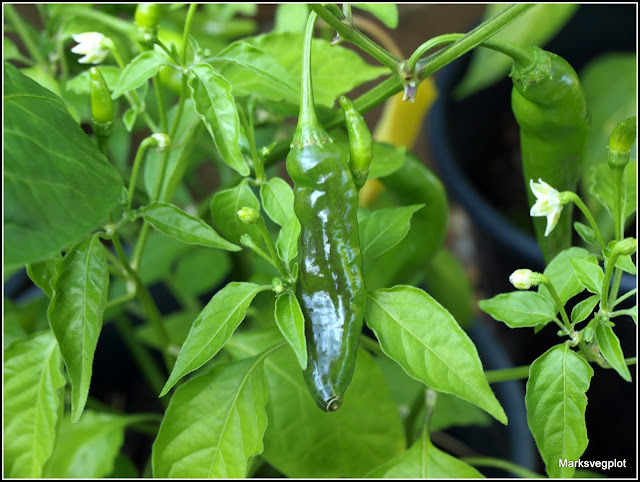 The fruit on my "Laxton's Superb" apple tree (the one I bought last Autumn) are swelling nicely now. In theory, they won't be ready for picking until October, but I have heard lots of people say that their fruit is maturing very early this year, so who knows?


The Endives and Chicories I planted out a couple of weeks ago are looking fine at present (no bolters so far!), although they are a long way off being ready. In the photo below you see Endives at the left, Chicories at the right (next to the Leeks), and Lettuces in the middle. 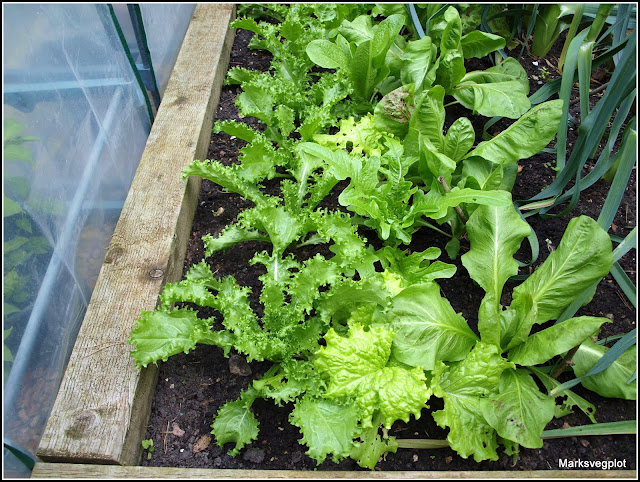 Endives are particularly temperamental, and seem to bolt at the slightest excuse - a change of weather conditions being the most common. I'm also a bit suspicious about Leeks in this regard, but so far they seem to be behaving themselves properly... 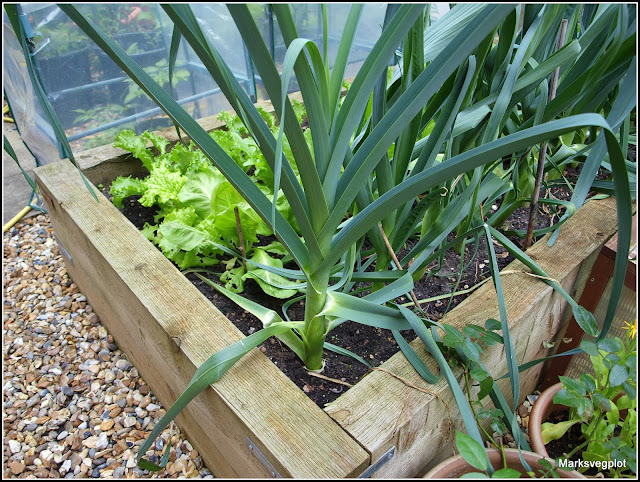