A small harvest and an update

Here we are on 1st October, so we're definitely into Autumn. However, there are still some nice things in my garden to be harvested, including these beetroot, beans and chillis. 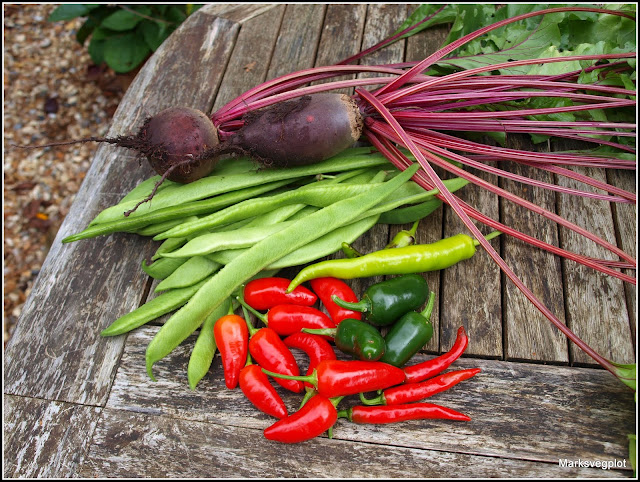 The beetroot are getting quite big now, and I just hope they don't go woody. Some of the Runner Beans were pretty fat too. Those have been consigned to the airing-cupboard to dry out and be used as "shelling" beans. The nicer ones have joined their (still numerous) siblings in the fridge.

The chillis are coming in thick and fast now. This little batch included some "Aji Benito" (the fat red ones), some "Ring of Fire" (slim red), some "Jalapenos" (fat, dark green) and a couple of the ones I nicknamed "Ramshorn" (pale green). I always pick a few chillis at the green stage, because they are used in different ways in the kitchen. We particularly like the long "Ramshorn" ones, which are very mild but very tasty. I wish I knew what their real name is! 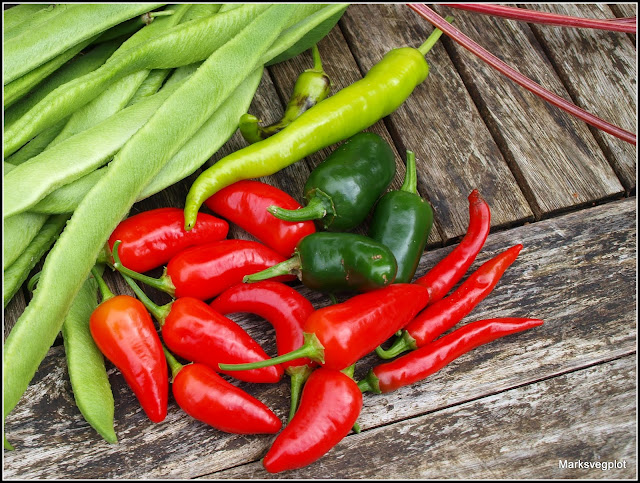 The update mentioned in my blogpost title refers to my Chicory plants, the first few of which are approaching maturity. They are just four plants, ones extracted from a "Baby Leaf Salad" selection which I grew earlier in the year. I think that three of the four may possibly be the "Rossa di Treviso" type. They are certainly tall and thin, not like the ball-shaped Radicchio I normally grow. They have a mass of green outer leaves: 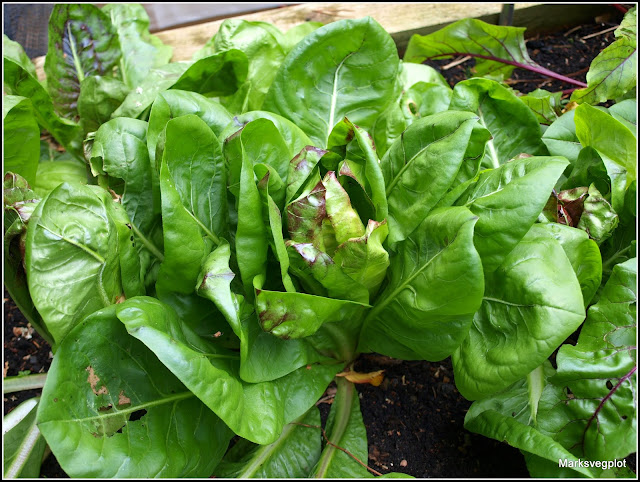 But when you pull the outer leaves back you find a denser, upright, reddish-coloured heart. 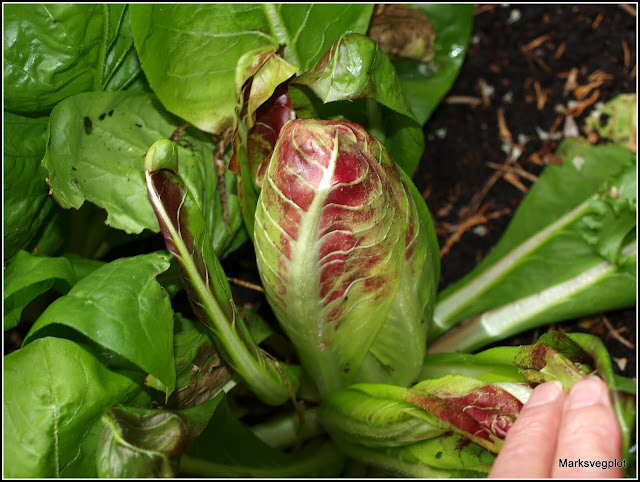 This is the fourth plant. It looks different to the others, having much more pointed leaves. 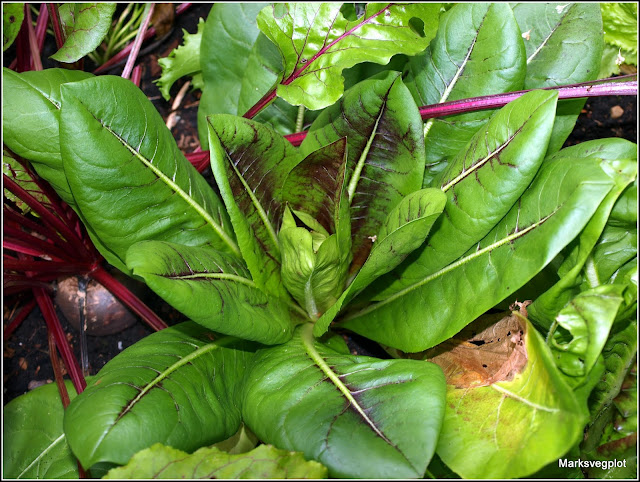 My final photo is of one of the "Rossa di Verona" plants that I sowed "deliberately". I sowed them a bit later than the ones described above, so they are smaller, but looking OK. Hopefully they will go on to produce tight red-and-white hearts, and will be ready to eat in Late Autumn or Early Winter. 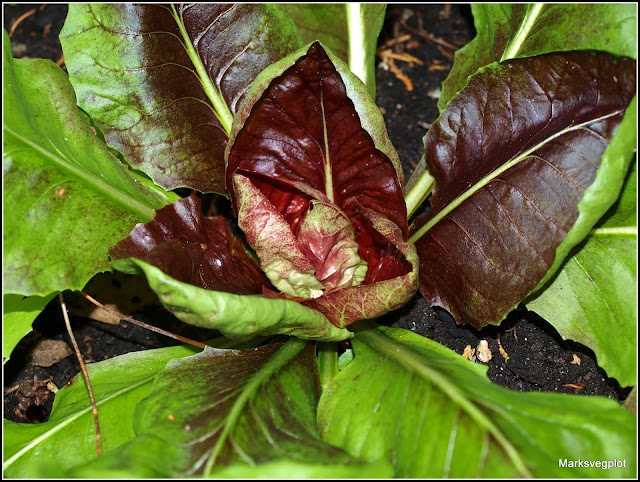 Although chicories are generally fairly hardy, I will probably cover at least some of my plants with cloches when the weather turns a bit colder. This will help them to continue growing rather than just surviving.
Posted by Mark Willis at 12:30