OK, holidays are a thing of the past now. Back to the "normal" world...

I wouldn't normally expect to be harvesting Purple Sprouting Broccoli just yet, but due to the mild Autumn it has matured earlier than usual. At least some of it has. The variety "Rudolph" is an extra-early variety, but even so I wouldn't expect to harvest any until at least February. On 28th November, just before we went away on holiday, mine looked like this: 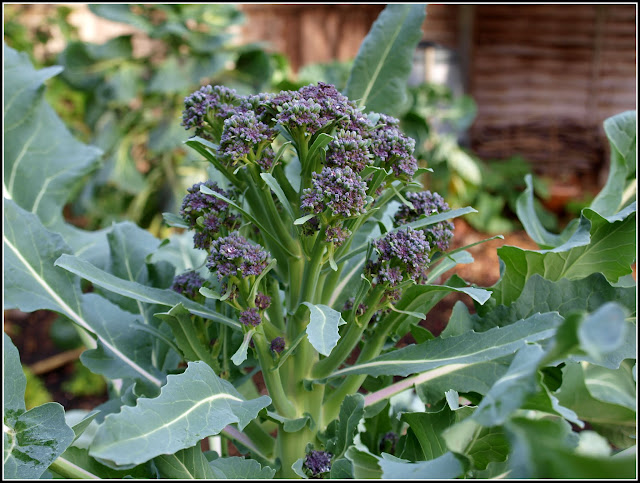 A fortnight later, the main flower-head had grown a lot and had become much more open: 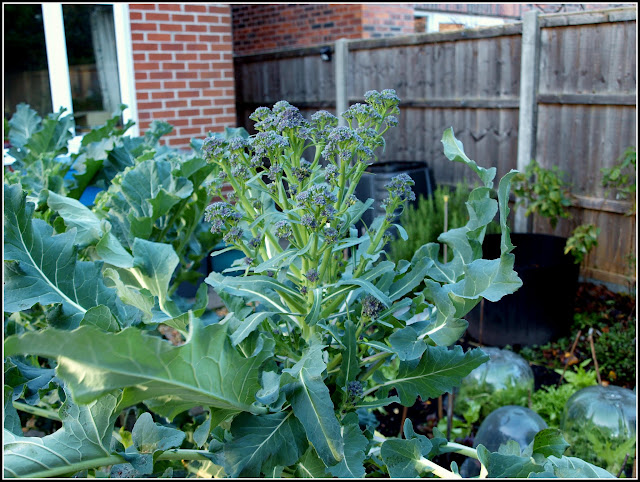 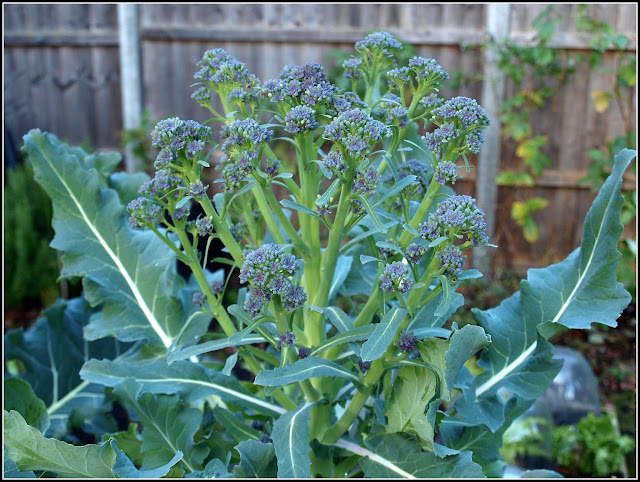 It was definitely in need of harvesting - and soon. I know that if left any longer the stalks would go tough and stringy. So off came the head! 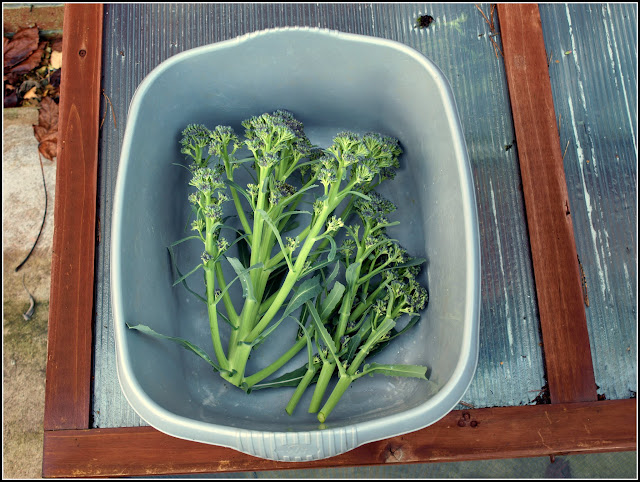 I separated each shoot, or "spear", from the main stem. It yielded 12 spears, enough for two 2-person servings. 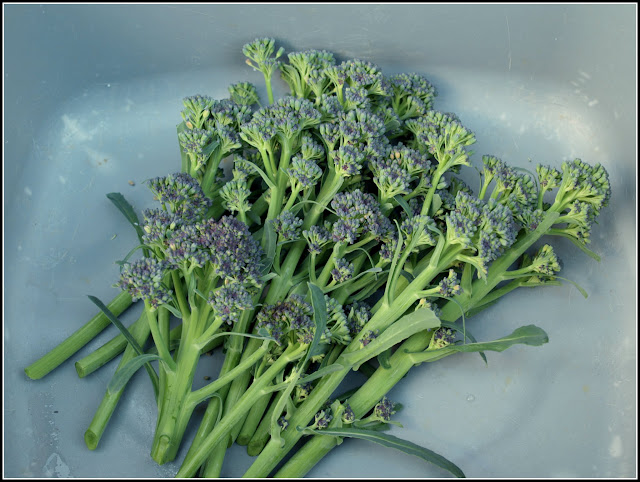 The broccoli was served steamed as an accompaniment to a roast chicken, alongside some roasted potatoes and home-grown Parsnips, making a welcome change from the tortilla-based food we had been eating while in Mexico. Not that we disliked the Mexican food. Far from it. We loved it, but all the same it is always nice to get back to more familiar fare after a holiday!

Hopefully "Rudolph" will now go on to produce some sideshoots for me. Meanwhile "Early Purple Sprouting" is beginning to form its flower-head, so it won't be too far behind. 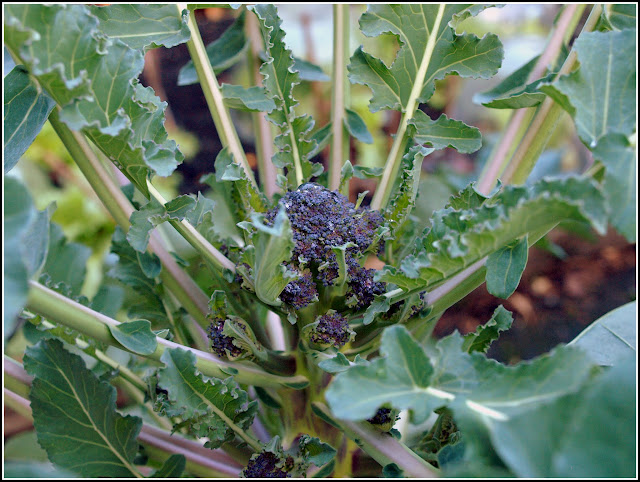 The Brokali is looking more promising too. This head looks as if it is about ready, and fortunately some of the other plants are forming flowers too. It doesn't look as if I am ever going to get a big crop of this, but even a little of it may be a nice addition to a vegetable medley... 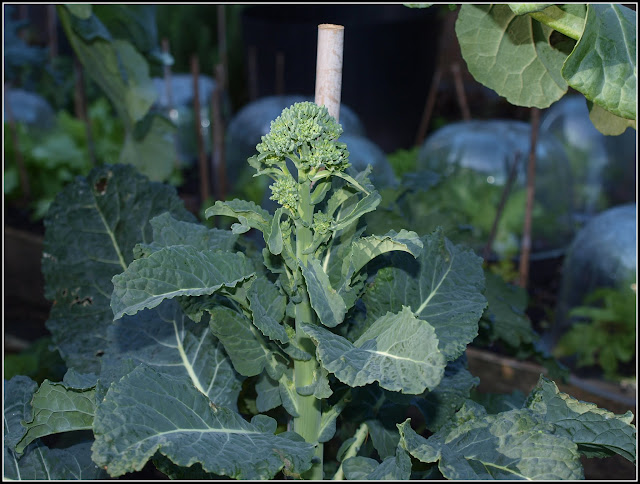