A couple of days ago I pulled up the first of my long-awaited Parsnips. I almost wish I hadn't bothered! As I had feared, they were not very good. 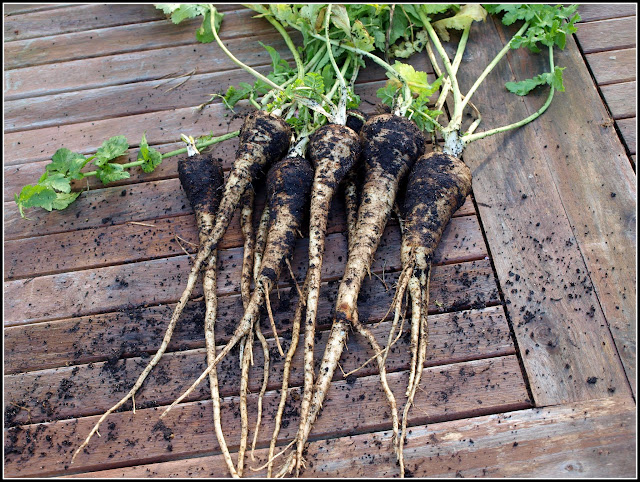 As you can see, they had put down long roots, but they hadn't filled out at all, they were just skinny. 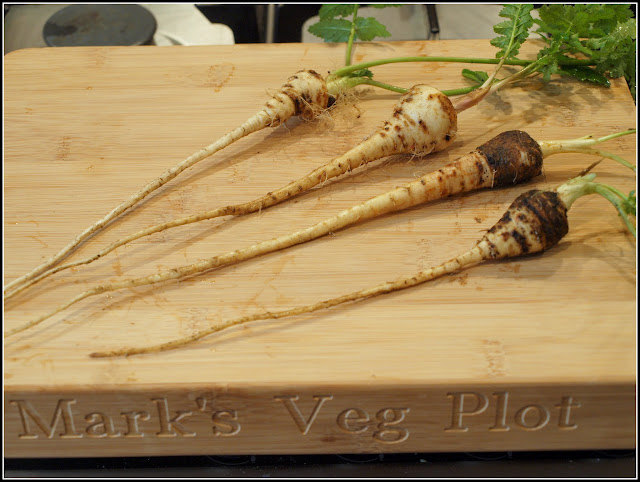 Worse than this, many of them were badly affected by canker. This disease produces brown patches on the skin, which in severe cases can penetrate into the flesh of the vegetable. Most of the ones I harvested had a lot of brown patches, particularly on the top 3 or 4 inches. 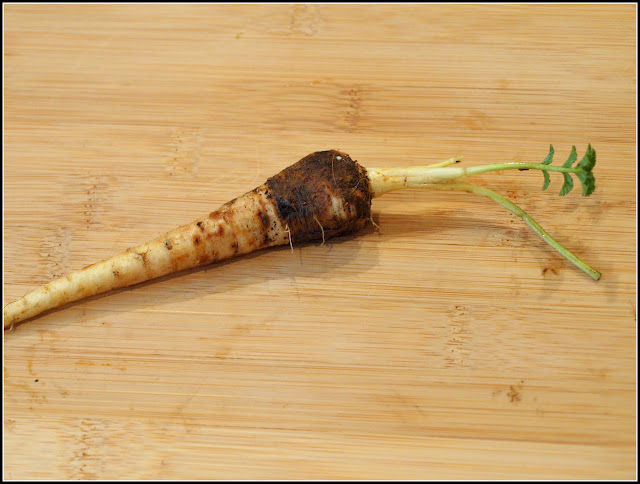 One or two of the Parsnips (seen below in the foreground) were not too bad, but overall this is a disappointing result. 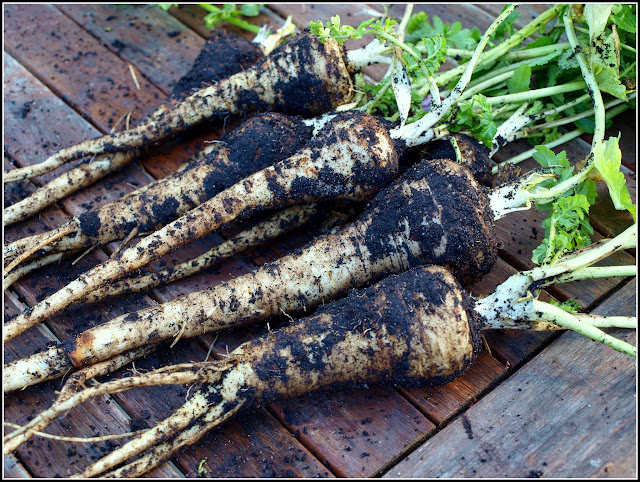 To be honest, I had been expecting it though, because this year the Parsnips never developed much foliage, which is unusual. It is the foliage that harnesses solar energy via photosynthesis and stores it in the roots, so if there aren't many leaves the roots will be small. Why this has occurred I don't know. I grew two different varieties ("Hollow Crown" and "Duchess"), but they are both poor.

Look at this contrast. Exhibit A: Parsnip foliage in 2014: 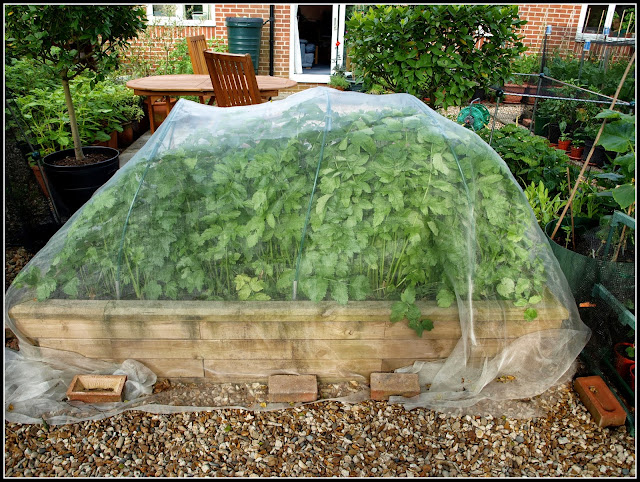 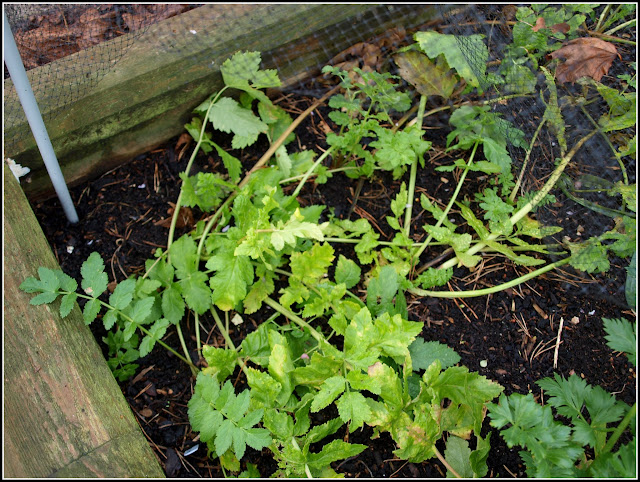 Just look at this frightful specimen: 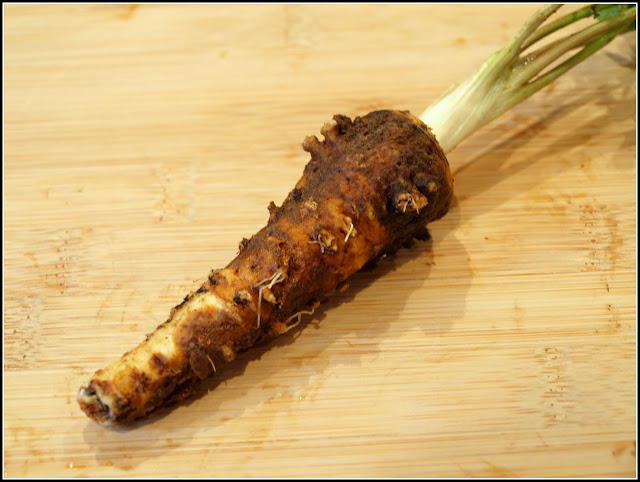 That's not normal, is it? All those weird knobbly protrusions give me the definite impression of chemical contamination. Very reminiscent of the distorted leaves and misshapen fruit I got on the tomatoes, especially last year.

"End on a high note" they say, so I'll end my post by showing you the best specimen I can muster at present, though I have to say it is not one of which I have much reason to be proud... 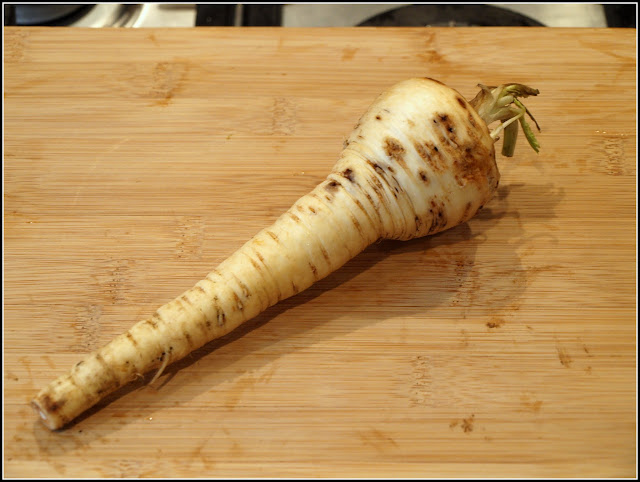 P.S. I rescued enough Parsnips to make a viable meal for us, and once peeled they were fine. Just not very big!
Posted by Mark Willis at 12:00