This past week I harvested the first few shoots from my "Endeavour" Brokali: 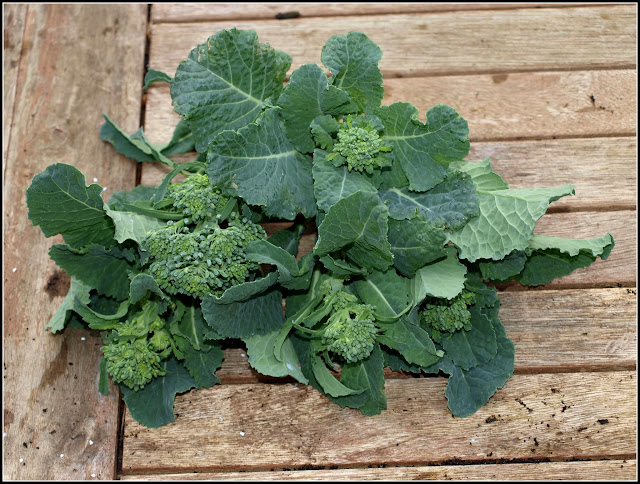 For those of you who don't know Brokali, it is a cross between Kale and Chinese broccoli. Its parentage is very obvious here:- 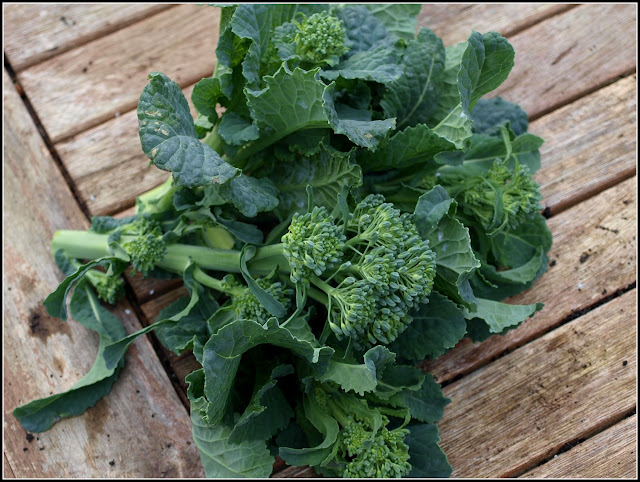 I have pulled up a few Leeks too. I had been hoping they would get bigger than they are, but looking very closely at them I judged them the be full-grown. In fact one or two of them were looking as if they might bolt, so I thought it best to use them sooner rather than later: 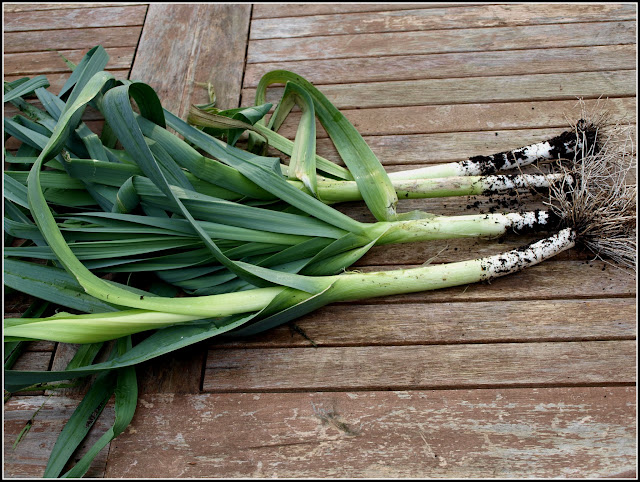 Apart from their diminutive size, these were nice Leeks. My deep planting method has worked well and the shanks of the Leeks are nicely blanched. 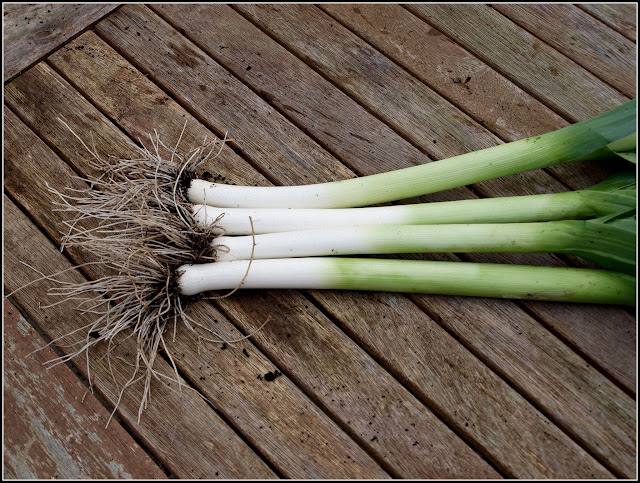 Some of you will already have seen that this batch of four went into a Leek and Potato soup.

We have had exceptionally mild weather just recently, and there has been no frost to kill off my salad plants, so I'm still harvesting Lettuce and Endive every now and then. 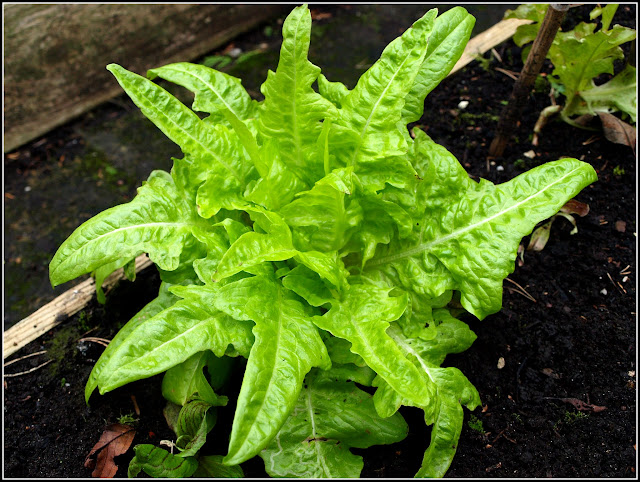 This little batch formed an accompaniment to a mushroom and Pecorino risotto. They are not prime specimens, but still perfectly acceptable. 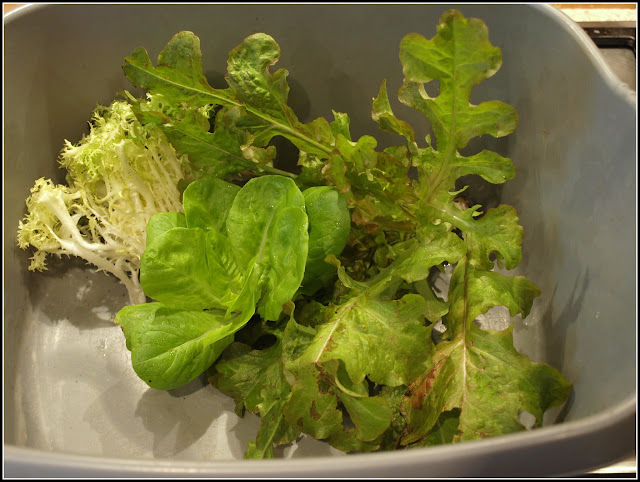 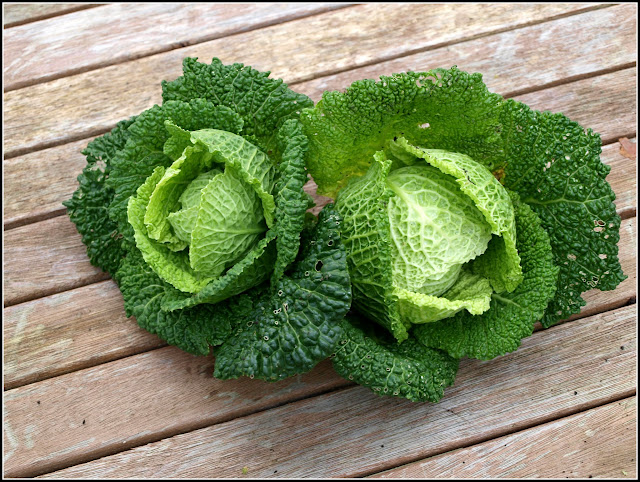 In all honesty, they were truly tiny. You don't get much of an impression of their size until you see them alongside something else - like here:- 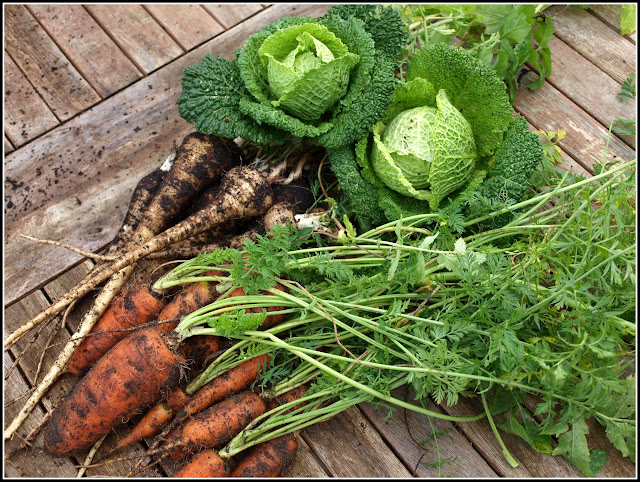 The cabbages were some of those that have been growing underneath my huge PSB plants, so they are a bit of a bonus really. Grown in full light I'm sure they would have been bigger!

As you can see, I also harvested some Parsnips and some Carrots. The Parsnips were totally pathetic. Just like the previous batch they were long and skinny with very little substance, and badly affected by canker. 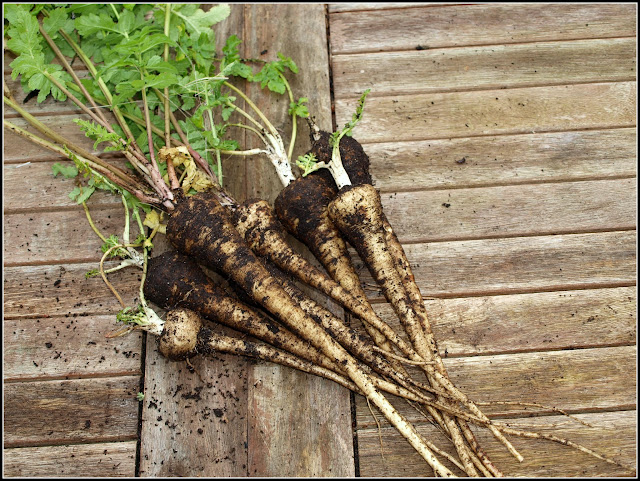 All I can say is "Thank goodness for the Carrots!" 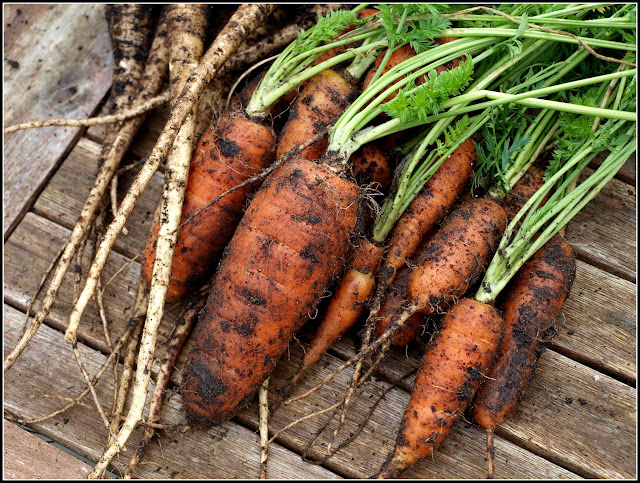 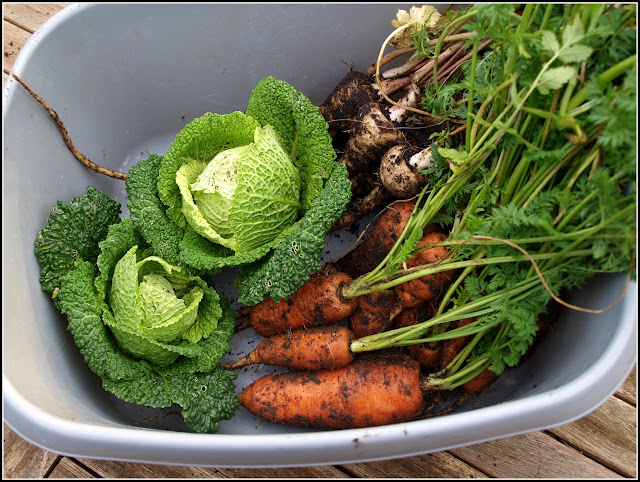 This is my contribution to Harvest Monday, hosted by Dave at Our Happy Acres, so please drop by there and see what other Christmas produce has been harvested.
Posted by Mark Willis at 12:00