This is my Woodblocx raised bed. The timber is looking "mature" now! And it's currently half-submerged in soggy wet Maple leaves. 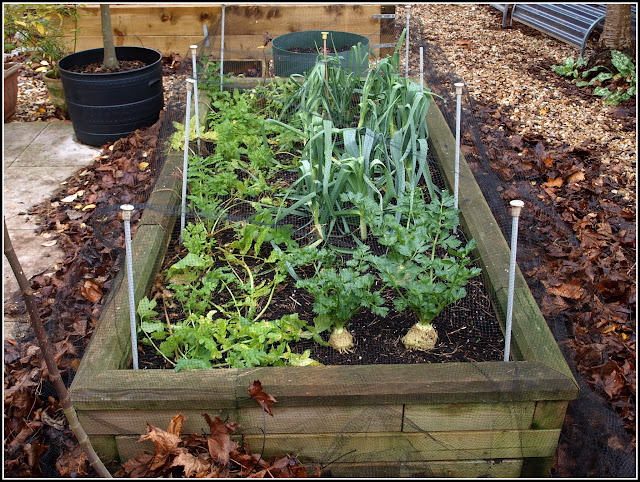 I have had to keep the bed covered with a net, because if I don't the animals get in it and dig things up.

This year the bed is hosting Celeriac, Leeks and Parsnips. Although the Celeriac are the biggest I have grown to-date, they are still decidedly unimpressive. Maybe what they lack in size will be compensated for by superb flavour...? Just maybe? 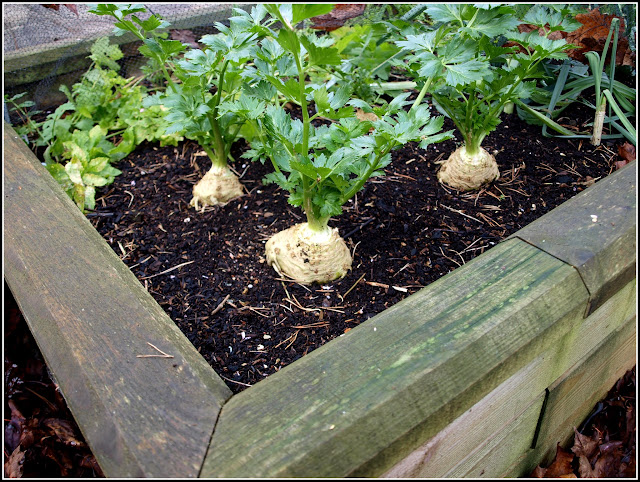 There are 24 Leeks in that bed. No, actually there are 23, because I did harvest one the other day, mainly just to see what they were like. They are growing slowly, but at least they look as if they will eventually provide a worthwhile yield.


I don't yet know what the Parsnips are going to be like. I have resisted the temptation to dig some of them up, because it is alleged that Parsnips are sweeter after the frost has got to them. We had our first frost of the year about 10 days ago, so it won't be long before we see what's under that rather sparse foliage.


When I planted my Leeks I had loads of spares, so instead of throwing them away I planted them in some of the black plastic 35-litre containers which had previously held potatoes. 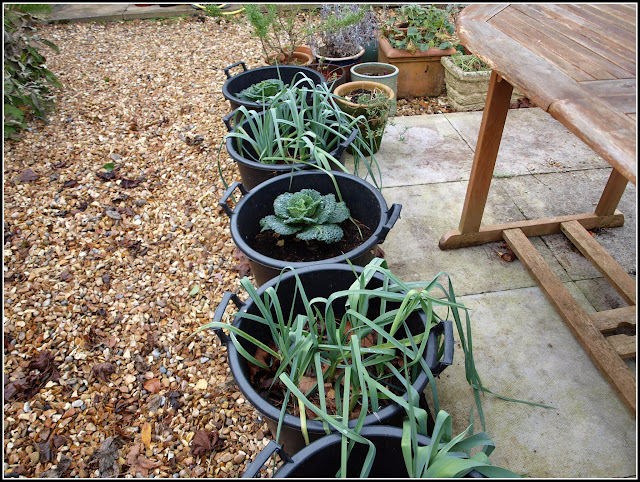 Bearing in mind that these plants are the ones that looked least promising at planting time, and that they are growing in second-hand compost, they seem to be doing OK, although still small. I don't know whether they will bulk out at all. I may just end up harvesting two dozen "Baby Leeks" all in one go! 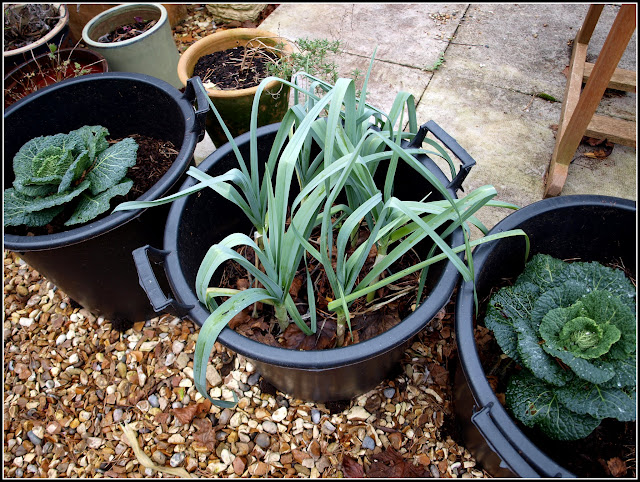 The Cabbages you see above are also "Reserves" for which there was no room elsewhere. Like the Leeks they are looking fine in all respects apart from their size.

In one of my other raised beds I have 8 small Brokali plants. This is the most advanced one, just beginning to flower now: 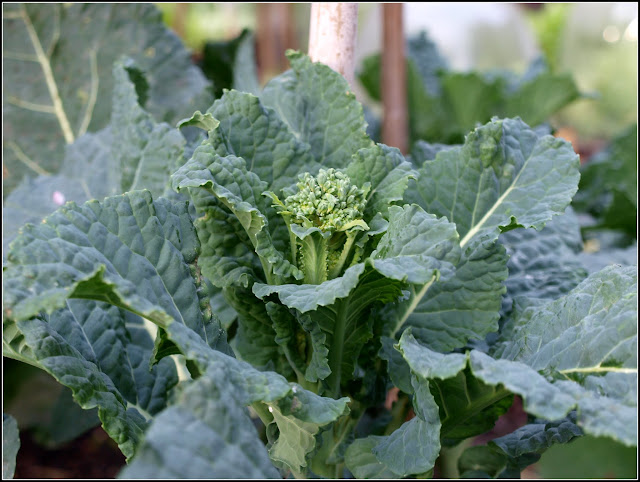 One flower-shoot like this is no good. If they are going to produce a worthwhile quantity I need all 8 to come on at the same time!
Posted by Mark Willis at 12:00