Leek and potato must surely be one of the easiest types of soup to make - and one of the most comforting!

I harvested some Leeks from my garden today. They were not big, but they were good-looking specimens: 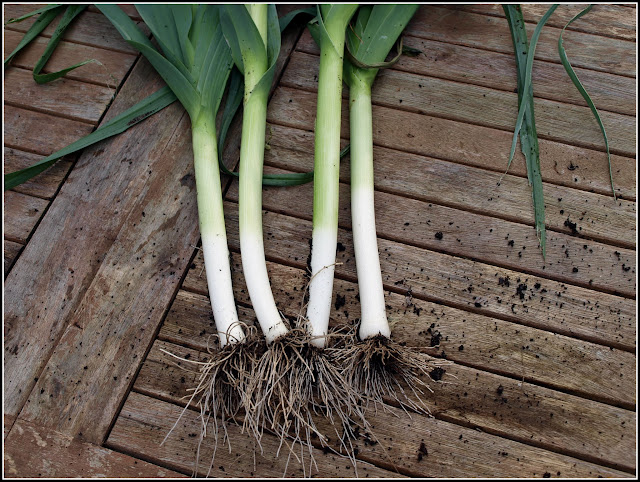 I decided to make them into Leek and Potato soup.

Preparing them is easy: remove tops and tails, slice into 1" pieces, wash. I also prepared a similar quantity of potatoes, peeled and diced. (No, I didn't weigh or measure them, I just did it by eye). 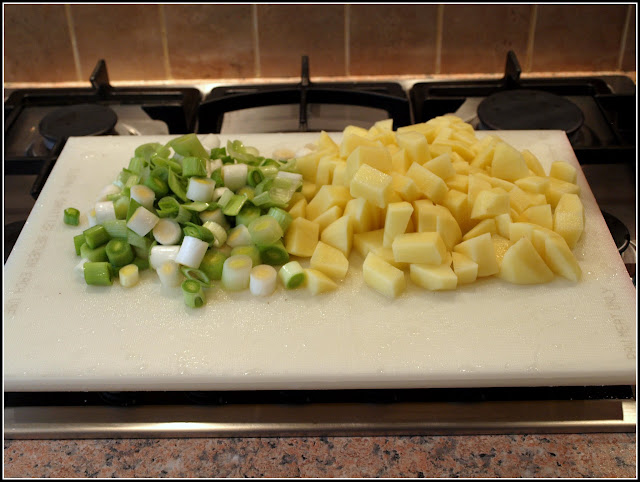 I then sweated the Leeks for a few minutes with a little butter and vegetable oil, just until they were soft. 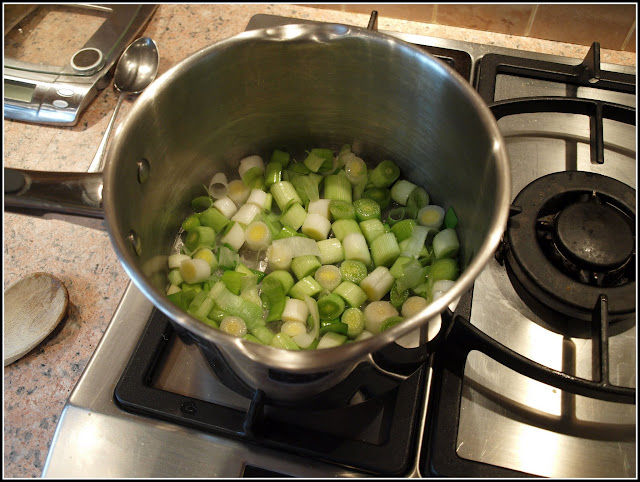 Then I added the potatoes, and about half a litre of home-made chicken stock, a little water, and a couple of leaves of Leaf Celery. The latter adds a certain savoury "umami-ness" to the soup. 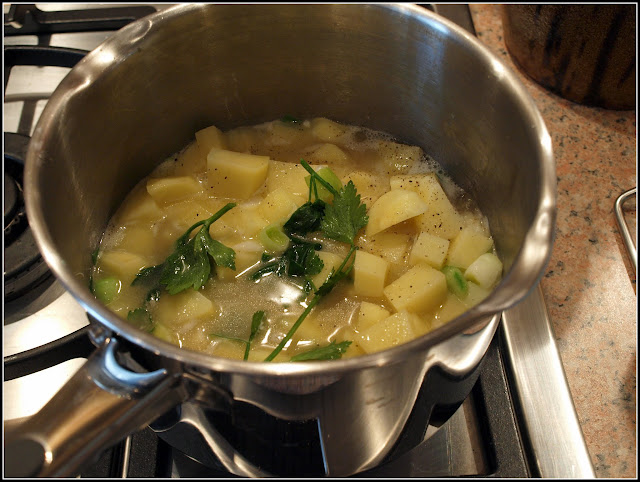 Then, simmer gently for about half an hour until the potatoes are thoroughly cooked and very soft. After allowing the veg to cool a little, I blitzed it in the food-processor for a few seconds. You could of course leave it "chunky". Et voila - soup! 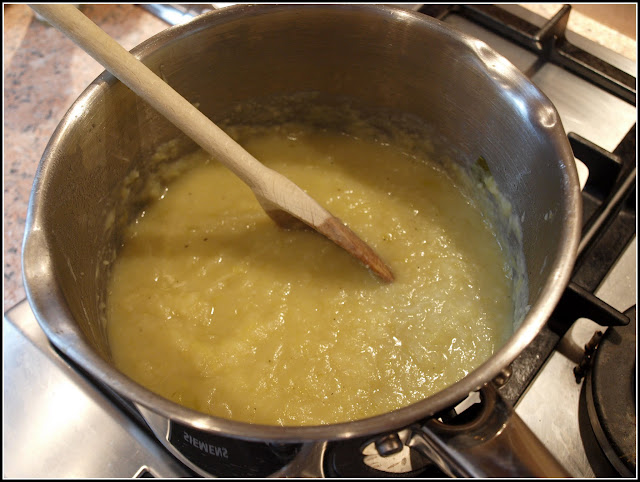 Return the soup to the pan and add salt and pepper to taste. Thin it if necessary (by adding stock or water) to the desired texture ready for serving. I made ours very thick. As you can see, I served it with some buttered bread, and some Cheddar cheese. 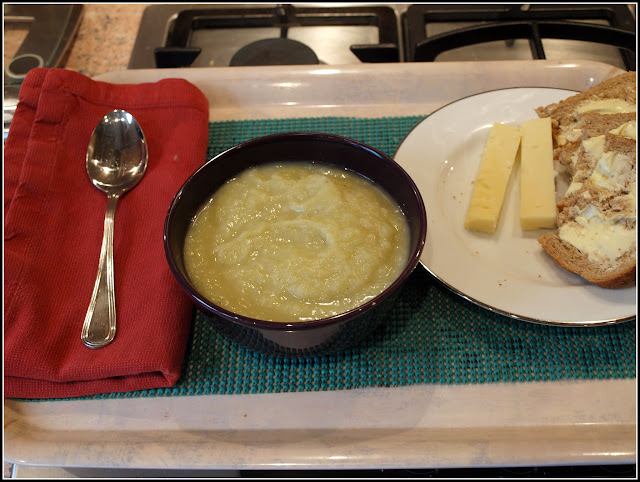 So, what could be easier than that?